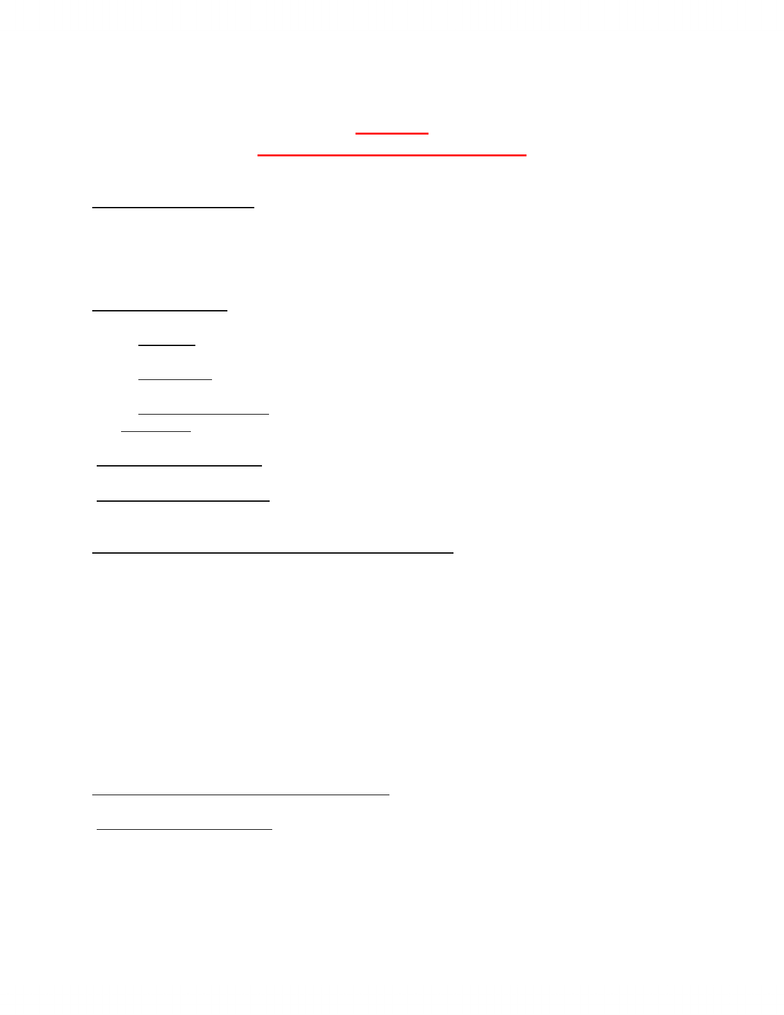 Final Exam Study Package – All Chapters
Chapter 9
Unemployment and Its Natural Rate
Identifying Unemployment:
-Produced by Statistics Canada.
-Based on regular survey of 50,000 households = Labour Force Survey
-Based on “adult population” (15 yrs or older)
-BSL also produces the CLP statistics
Labour Force Statistics:
-Statistics Canada divides population into 3 groups:
1. Employed: A person is considered employed if he or she has spent most of the previous week
working at a paid job
2. Unemployed: A person is unemployed if he or she is on temporary layoff, is looking for a job, or
is waiting for the start date of a new job
3. Not in the labour force: everyone else
-The labour force is the total # of workers, including the employed and unemployed
-unemployment rate aka u-rate
-unemployment rate (u-rate): % of the labour force that is unemployed
 u-rate = 100 x # of unemployment/labour force
-labour force participation rate: % of the adult population that is in the labour force
 labour force population = 100 x labour force/adult population
Does the Unemployment Rate Measure What We Want It To?
-It is difficult to distinguish between a person who is unemployed and a person who is not in the labour
force
-Discouraged searchers, people who would like to work but have given up looking for jobs after an
unsuccessful search, don’t show up in unemployment statistics
-Other people may claim to be unemployed in order to receive financial assistance, even though they
aren’t looking for work
-people may misreport their labour market status to Statistics Canada, perhaps because they think it will
help them get public assistance. This also makes the unemployment rate a bit less accurate
- GDP is an imperfect indicator of society’s well-being, and the CPI tends to overstate increases in the
cost of living, yet unemployment rate remains highly useful
 For example, when the unemployment rate rises, it is almost always true that things are getting
worse in the labour market
Why Are There Always Some People Unemployed?
-There’s always some unemployment, though the u-rate fluctuates from year to year
-Natural rate of unemployment
 the rate of unemployment to which the economy tends to return in the long run
 in Canada, it is estimated that the natural rate of unemployment is currently between 6 and 8
percent
-unemployment is a serious and complicated problem with a variety of cause, to most effectively
address such a problem, we need to break it down and look at each cause separately 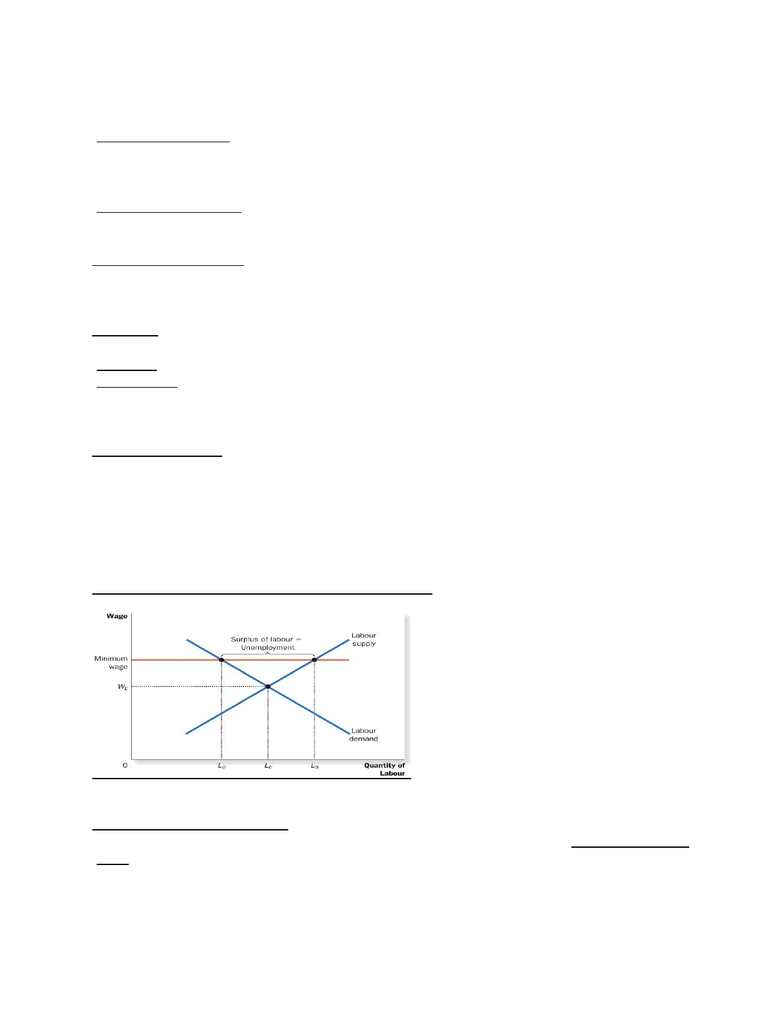 Final Exam Study Package – All Chapters
-we begin by noting that the causes of short-run fluctuations in unemployment are different than the
causes of the long-run average unemployment rate, called the “natural rate of unemployment”
-Cyclical unemployment
 the deviation of unemployment from its natural rate
 associated with business cycles
-even when the economy is doing well, there is always some unemployment, including:
-Frictional unemployment
 occurs when workers spend time searching for the jobs that best suit their skills and tastes
 short-term for most workers
-Structural unemployment
 occurs when there are fewer jobs than workers
 usually longer-term
Job Search:
-Workers have different tastes & skills, and jobs have different requirements
-Job search is the process of matching workers with appropriate jobs
-Sectoral shifts are changes in the composition of demand across industries or regions of the country
-Such shifts displace some workers, who must search for new jobs appropriate for their skills & tastes
-The economy is always changing, so some frictional unemployment is inevitable
Minimum Wage Laws:
-the minimum wage may exceed the equilibrium wage for the least skilled or experienced workers,
causing structural unemployment
-this group is a small part of the labour force, so the minimum wage can’t explain most unemployment
in the economy
-the textbook has an FYI box entitled “Who earns the minimum wage?” it summarizes a recent study by
HRDC detailing minimum wage earners
Unemployment from a Wage above the Equilibrium Level:
- WE is the equilibrium wage
Unions and Collective Bargaining:
-the process by which unions and firms agree on the terms of employment is called collective bargaining
-strike
 refers to when the union organizes a withdrawal of labour from the firm
 organized if the union and the firm cannot reach an agreement 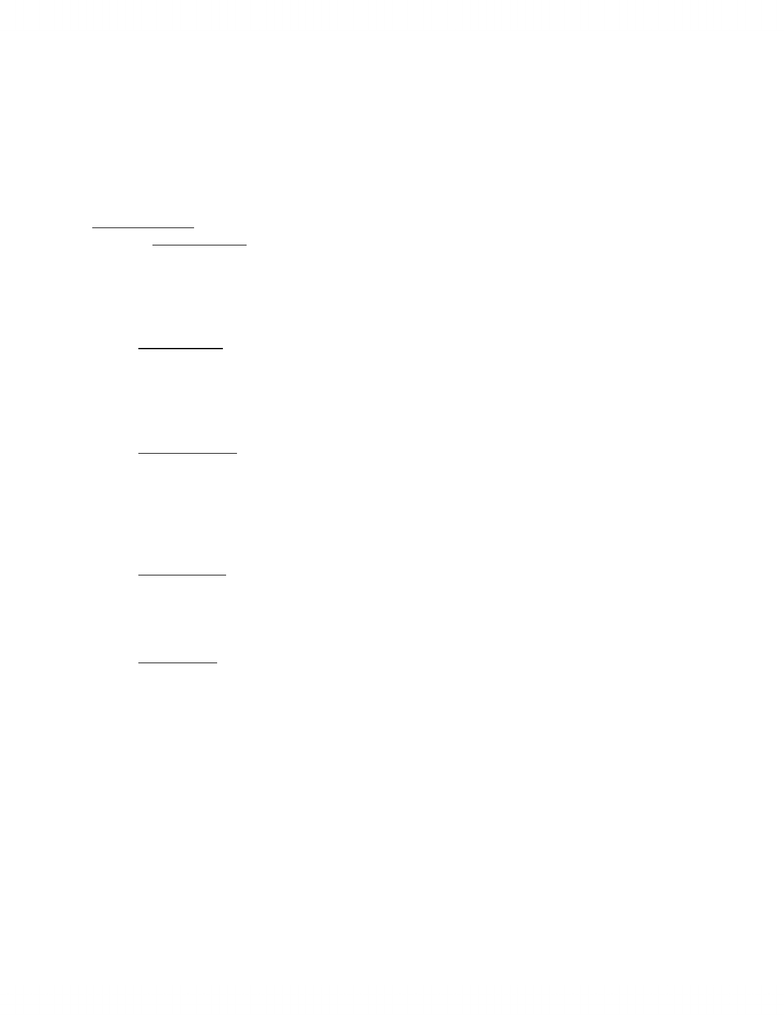 Final Exam Study Package – All Chapters
-when unions raise the wage above equilibrium quantity of labour demanded falls and unemployment
results
-Insiders; workers who remain employed, they are better off
-Outsiders; workers who lose their jobs, they are worse off
-some outsiders go to non-unionized labour markets, which increases labour supply and reduces wages
in those markets
Efficiency Wages:
-theory of efficiency wages: Firms voluntarily pay above-equilibrium wages to boost worker productivity
-different versions of efficiency wage theory suggest different reasons why firms pay high wages
-in the case of unions and minimum wage laws, firms that pay above-equilibrium wages do so
involuntarily, the theory of efficiency wages, however, suggests that firms may willingly pay extra-high
wages in order to increase the productivity of their workers
-4 reasons why firms might pay efficiency wages:
1. Worker Health
 In less developed countries, poor nutrition is a common problem, paying higher wages
allows workers to eat better, makes them healthier, more productive
 this is clearly not relevant in rich where equilibrium wages for nearly all workers are way
more than enough to provide for the workers’ nutritional requirements but rich
countries have a fairly small proportion of the world’s population
2. Worker Turnover
 hiring & training new workers is costly, paying high wages gives workers more incentive
to stay, reduces turnover
 besides the costs of placing ads, interviewing candidates, and training new hires, new
workers are usually less productive in their first few months on the job – it takes time to
learn how to perform their duties efficiently, for all of these reasons, turnover is costly
to firms
3. Worker Quality
 offering higher wages attracts better job applicants, increases quality of the firm’s
workforce
 if firms responded to the surplus of labour by reducing wages, then the most competent
applicants may choose not to apply as they may have better opportunities elsewhere
4. Worker Effort
 Workers can work hard or shirk, shirkers are fired if caught
 Is being fired a good deterrent?
 Depends on how hard it is to find another job, If market wage is above
equilibrium wage, there aren’t enough jobs to go around, so workers have more
incentive to work not shirk
-in many jobs, each worker can choose how hard he or she works
 suppose there are just two choices: working hard, or “shirking” – neglecting one’s duties and
responsibilities at work
-the firm suffers when its workers shirk: output and hence revenue & profit are lower. So, the firm fires
workers caught shirking
 monitoring worker effort is costly and imperfect, and workers know there’s a good chance they
won’t be caught if they shirk
-paying workers an above-equilibrium wage gives them an incentive to work hard rather than shirk

ECN204 Lecture 1: An Introduction to Macroeconomics