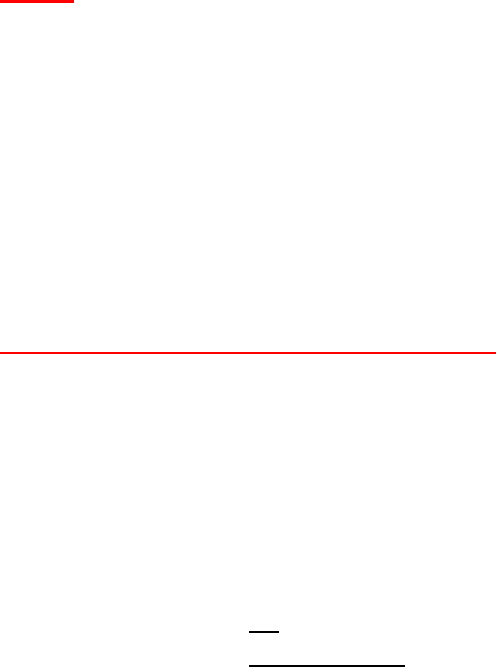 Midterm Study Guide Main Points
““X” intersection of language and culture is the outline of this course.”
Index
➢ Hermeneutics & Suspicion P.1
➢ Communication and Discourse P.6
➢ Understanding and Frames P.16
➢ Rhetoric & Argumentation + Dialogue & Listening p.23
➢ Dialogue & Listening Cont. Metpahors & Other Confusions p.33
➢ Postmodern Morality: Everyday Language & Politness p.38
Lecture on Hermeneutics & Suspicion
Triangle Model explains how “Language & Culture intersect”
- Content (What?) (top of triangle)
o Content answers the question of what we’re doing / talking about.
o It’s data/ the stuff people use to support the argument of what’s true
and what’s false.
- Process (How?) (bottom left corner of triangle)
o How do we do x?
o How do we communicate about x?
o Every culture/person has a way/process of doing things.
o What has authority/power/influence over us determines how we do
things.
o Language that draws our attention to something is “Deictic”
- Effect (Why?)
o Outcomes/Artifacts : the physical and intangible things we create
through communicating with each other.
o Describes our Relationships
o Speaks to our Emotions
o Intentions are the results of the outcomes, emotions, and relationships.
- Hermeneutics: is the art of interpreting things
Unlock document

o To read in between the lines of the text
- Semantics: the study of meaning
o Denotative: the surface meaning of a word
o Connotative: the meaning of a word in it’s context
▪ Deeper Connotative > Deeper Connotative
- Semiotics: Signifier (sign or symbol) / Signified (what is means)
o Ex; If sign A = sign B and sign B = sign C then sign A = sign C
- The “School of Suspicion” is a concept developed by Paul Ricoeur (1913-2005
French Philosopher)
o He believes theory is that interpretation is either
▪ An effort to recall an author’s meaning or,
▪ An effort to reveal the deception practiced on us by the text
▪ “Real meaning are indirect; I attain things only by attributing a
meaning to a meaning.”
- Paul Ricoeur’s three “masters” of suspicion
o Karl Marx (1818-1883 German Philosopher and Political Economist)
o Sigmund Freud (1856-1939), Austrian pioneer of psychoanalysis)
o Friedrich Nietzsche (1844-1900), German Philosopher and Philologist)
- All three begin with suspicion concerning illusions of consciousness and then
proceed to employ the stratagem of deciphering; all three, however, far from
being detractors of “consciousness,” aim at extending it.
Readings on Hermeneutics and Suspicion
Reading 1 Garber, Marjorie. “‘Greatness’ & ‘Notes to Chapter 1’." Symptoms of
Culture. US: Routledge, 1998. 16 - 43; 238 - 40.
- Some modern scholars don’t describe the “Great Wall of China” as “great” at
all.
o Only a 3rd of it still stands
o & it didn’t do what it was intended to do which was voiding off the
Mongol Invasion
- The perception of tourist now see the Wall as a form of a commercialized
attraction.
- The greatness of a site is directly proportional to the number of other viewers
who consider it great.
Unlock document

Already have an account? Log in
- ““Greatness” as a term is today both an inflated and a deflated currency,
shading over into categories of notoriety, transcendence, and some version of
the postmodern fifteen minutes of fame.” – pg. 18
- People have their own perceptions of greatness, and it’s build through the
ideology of hierarchy. Ex Elvis Stamps – pg. 18
- Great once met being fat in English language – pg. 18
- 1698 King of England “great men” refered to social rank. Pg. 20
- Ralph Waldo Emerson stated “It is natural to believe in great men” when he
referred to people like Plato, Goethe, Napoleon, and Shakespeare.
- Emerson’s believe of “great men” has been followed in the 20th century as a
meaning of success p.20
- Great has also become associated to words like “Fantastic, Terrific, and
Awesome.” P.20
- People associate Hero’s / Greatness to a name existing infinitely p21
- Make believe is a term that unites these fantasy worlds. p.21
- Pete Rose was banned from Baseball which gave him a “Heroic Stature in
America” because people felt he was a successful player who was no longer
around p.25
- His absence made him a hero in the eyes of fans
- When A. Bartlett Giamatti dies the US News Report labeled him as a positive
figure while Pete Rose fan’s compared him to being the dead which from the
Wizard of Oz p.25
- The different perceptions and biased differentiated how people felt about the
Commissioner
- The word “Politics” root is “Polis” which means “The art of making choices and
finding agreements in public” p26
- Giamatti described Home as the place people start and return. He says Home
can’t be described perfectly in another language
o Home is the mixture of memory, longing, sense of security, and
autonomy and accessability. P27
o Home is concept not a place.
o Home is the place where one learns to be separate and a place where
they feel reunion.
- To hit a homer is to become a Hero to go Home again p27
- Auerbach’s research stated that our “Home” is earth p28
o He himself experienced a time of war in Instabul where he was rarely in
an environment long enough to settle.
Unlock document