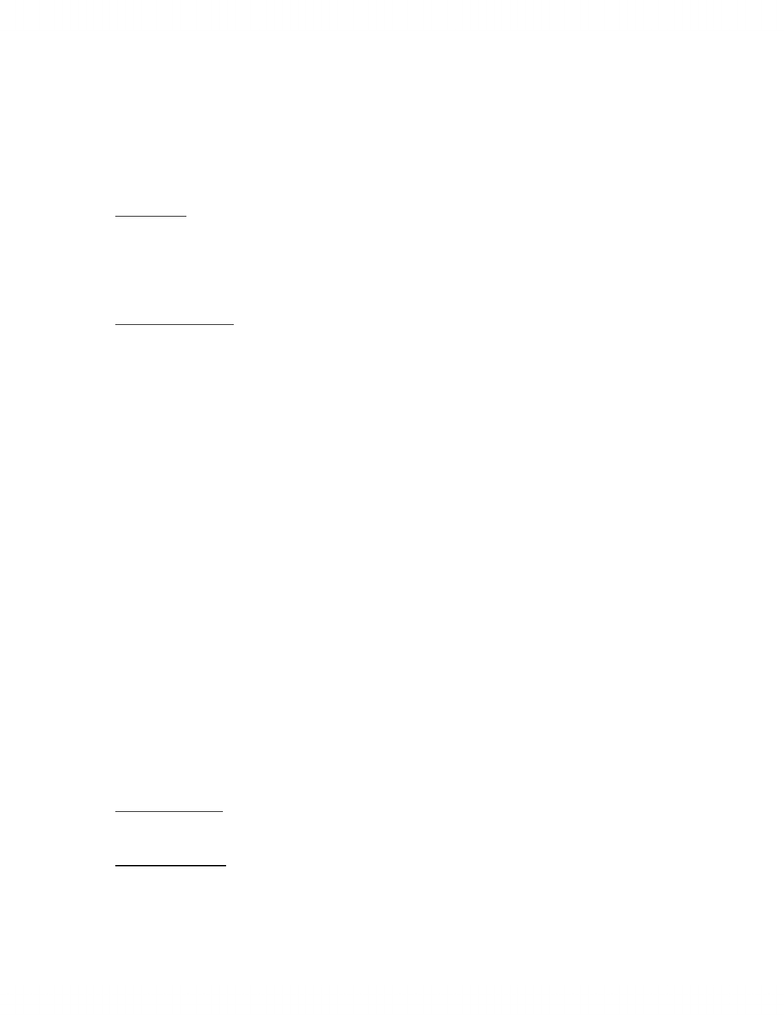 ECON 101 LECTURE Sept 11
Readings: Chapter 1 and 2
Definitions
Economics: The study of the choice people make and the action they take in order to
make the best use of scare resources in meeting their wants and needs. Study of
people (social science). Choices made in the face of scarcity (does not necessarily
mean famine, prices are results of scarcity. Ex, wants 4.0 and social life, time is a
scarcity.) WHAT DO WE DO ABOUT SCARCITY?
Economic Choices: Consider some activity x. Then a simple rule of economics is
IF the benefits of activity x > (costs of activity x) THEN you do activity x
IF costs of activity x > benefits (of activity x) THEN do not do activity x
Consider the following the policy (activity x): Set the speed limit on the highway
from Edmonton to Calgary to 10km/hr.
Costs (-) Benefits
Fuel increases Safety (saves lifes)
Time increases d
Loss of work days w
Build hotels
Change signs
More gas stations
Money spent on food and accommodations
Civil discontent
Easier to calculate/put numbers to More difficult to put numbers to
Ex. Saving 100 grizzly bears. Easier to calculate the costs than the benefits, what is
the value of a grizzly bear? Ask people: How much would you pay to save a grizzly
bear? ($100). How much tax increase would you allow to save a grizzly bear? (IDK)
THEREFORE IT IS DIFFICULT TO CALCULATE BENEFITS
Two main branches of economics
Microeconomics: The study of the choices and actions of individuals, households,
firms, consumers, etc. (Business section of paper) AS AN INDIVIDUAL
Macroeconomics: The study of the behavior of the economy as a whole, including
issues like unemployment, inflation and changes in the level of national income.
(Front page of the paper) AS A WHOLE
Unlock document 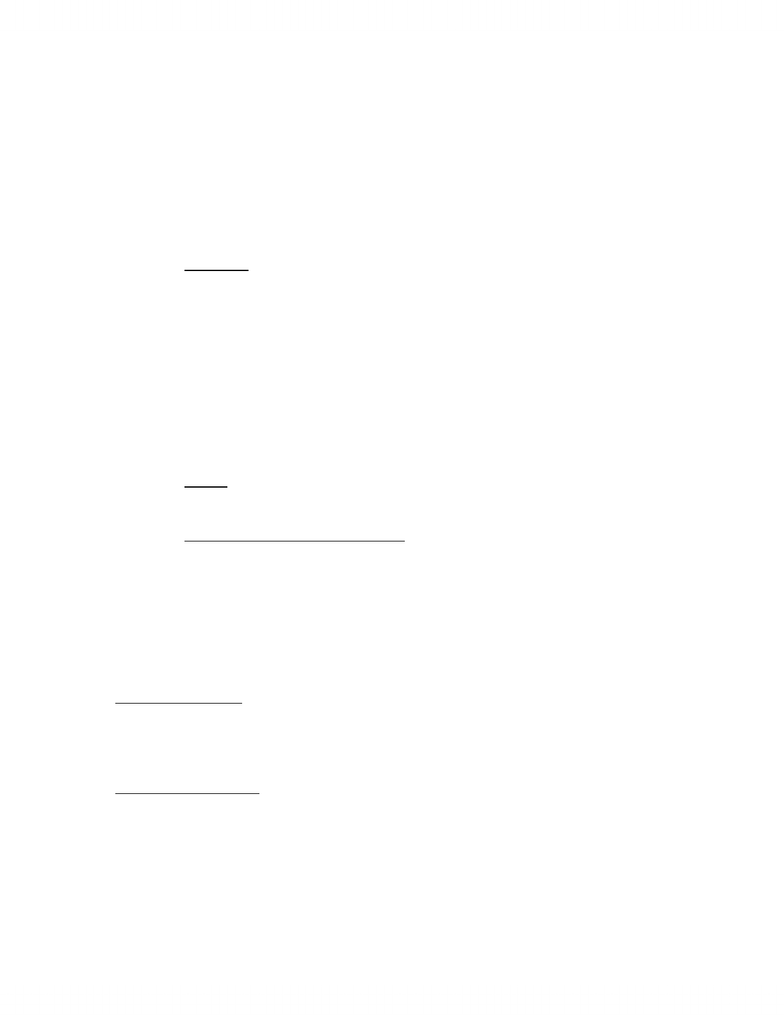 Ex.
Unemployment of teachers  micro
Unemployment rate of all jobs  macro
Judging Economic Allocation
Allocations of resources can be evaluate on the basis of:
i. Efficiency: Allocative efficiency is present when society’s resources are so
organized that it is impossible to make someone better off by any
reallocation without hurting someone else. This is Pareto efficiency.
(Scaffolding in tory lecture buildings when there was construction. Bank
robbers ran around tory and when caught had no money. It is believed
that there is money hidden in the scaffolding of the tory building. 400 000
given out to 400 students 1000 each. This is Pareto efficiency because
everyone is equal and no one gets more money. If 100 000 is kept aside in
the back and the people in the back can get more, it is not Pareto
efficiency. Does not allow trade offs because no one can be hurt in Pareto
efficiency. Pareto efficiency is not realistic for policies.
ii. Allocative efficiency is present when net benefits are maximized.
iii. Equity: Distributing goods and services in a manner considered by society
to be fair. Very difficult to be fair. Economists do not do equity, politicians
do equity.
iv. Moral and Political Consequences: I have a policy that will eliminate
unemployment in Alberta forever, with firing squad. Shoot the
unemployed. This is not moral. I have a plan, first year we will cut income
taxes 20%, by the sixth year, no one will pay income taxes. Instead,
government get money from taxes from fossil fuels. This is a political
consequence.
Positive vs Normative Economics
Positive Economics: Involves statements about what is and can be tested by
checking the statement against the observed facts. Ex. If the price of coffee rises,
people will buy less coffee. “If taxes are distributed from high income groups to low
incomes groups, more products would be bought.”
Normative Economics: Involves statements about what ought to be. Depends upon
values and beliefs and cannot be tested. “Taxes should be used to redistribute
income from high income groups to low income groups.”
Economics as a Science
Unlock document 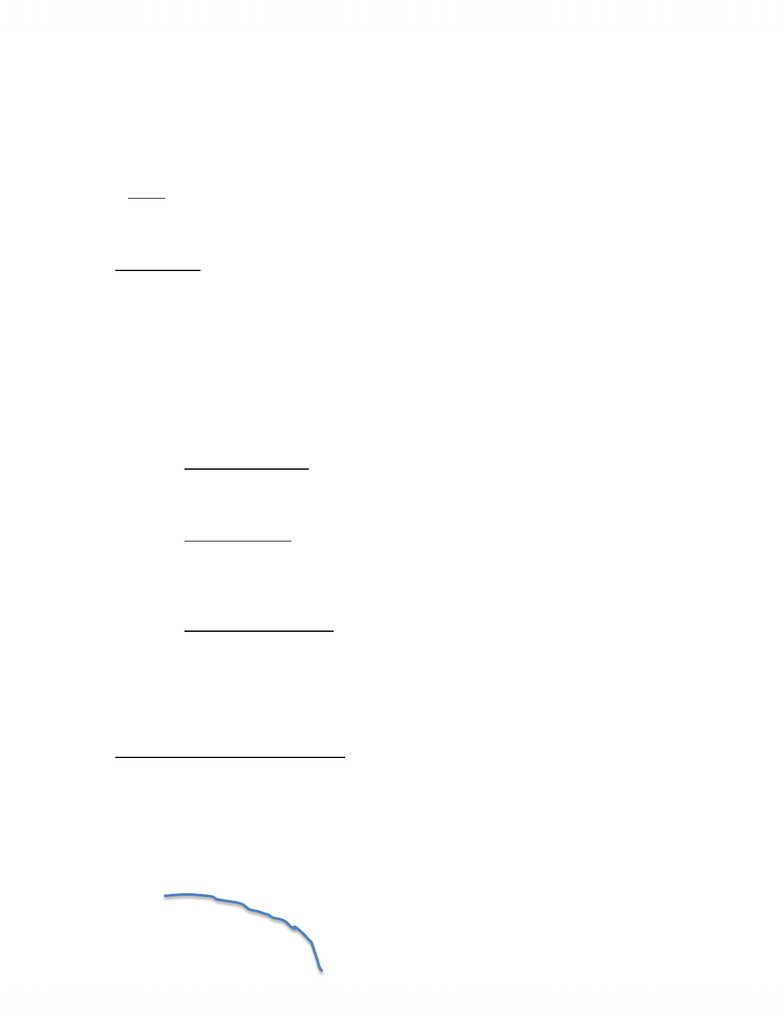 3 people in a job interview. Engineer: 2+2=? (4), Are you sure?, Precisely 4.
Accountant (4), Are you sure? Give or take 10%. Economists, WHAT DO YOU WANT
IT TO BE?
Economics is a social science that seeks to explain how people act. Like any other
science, it uses models, theories, and assumptions to describe how people behave.
A model is a simplified description of the way things work. Models and theories are
meant to provide an understanding and explanation. They also should be useful in
predicting behavior.
Assumptions are made to the formulation of all models. Essentially, assumptions
simplify complexities. The true test of a model is not the realism of the assumptions
it uses but rather the ability of the model to explain and predict behavior.
The model used in this course is called the Neoclassical Paradigm (dominates
economic literary in microeconomics)
Economics is an empirical science because it can be observed.
Fallacies:
i. Correlation Fallacy: An error in reasoning that correlation implies
causation. (because you see two variables moving together, one variable
must be causing the other) Ex. When ice cream sales increase, crime rates
increase. (this is not necessarily true)
ii. Post Hoc Fallacy: from the Latin phrase “post hoc ero propter hoc”
meaning: “after this therefore because of this”. An error of reasoning that
a first event causes a second event because the first occurred before the
second. FALLACY OF TIME. Shopping in Nov and Dec increases.
Christmas is in Dec. Shopping does not cause Christmas.
iii. Fallacy of Composition: An incorrect believe that what is good for the
individual is good for the group. Everyone drives to campus. Difficult to
find parking, so you come to school 1 hour early. If everyone were to do
that, it would not work.
Sept 13 Readings Chapter 3,4
Production Possibilities of Frontier: A graph that shows all of the possible
combinations of two goods that the society can produce, given its factors of
production and its level of technology. Factors of production  Labour, resources.
Technology  methods.
Freedonia (Duck Soup) produces only two goods. i. bottled water. ii. Compact discs
(CD)
Qof CD |
Unlock document