Chapter 3
● BASICS STRUCTURES: FUNCTIONS OF NS
➔ Communication in the Nervous System
Nervous system made up of;
- neurons and glial cells, enable communication to happen
- Neurons: cells that conduct electrochemical signals; basic unit of the nervous
system
- Glia: cells that support, nurture, and insulate neurons, remove debris when
neurons die, enhance the formation and maintenance of neural connections, and
modify neural functioning, supply nutrients and oxygen to neurons, destroy
pathogens
➢ NEURONS
- Transmit electrical and chemical signals throughout
- Basic unit of NS (86 billion of them)
➔ 3 parts
- Cell body: contains biochemical structures needed to keep the neuron alive, has
genetic info that determines how the cell should develop and function
- Dendrites: receive signals(messages) and sent them to cell body
- Axon: conducts electrical impulses away from the cell body to other muscles,
neurons etc. The axon branches out at its end to form axon terminals, The axonal
terminals are specialized to release the neurotransmitters of the presynaptic cell.
➔ 3 basic units
- Sensory: carry sensory messages to the brain, Afferent neurons
- Motor: carry messages from the brain to the muscles of the body, efferent neurons
- Inter: connects neurons into networks, Most neurons in the brain and spinal cord are
interneurons
➢ GLIAL CELLS
- Surround neurons and hold them in place.
- Manufacture nutrient chemicals that neurons need, form the myelin sheath
- Absorb waste
- When brain develops, as neurons are formed through cell divisions, glial send out
long fibers that guide newly divided neurons to their targeted place
- Protect the brain from toxins
- BLOOD BRAIN BARRIER: prevents substances from coming in, the walls of the
blood vessels w/in brain contains gaps with specialized glial cells (gap+glial= protect)
Other structures
Myelin Sheath – protective covering around axon made up of glial cells, interrupted by reg
intervals (n of ran)
- Multiple sclerosis: body attacks own myelin, disrupts timing of impulse,
uncoordinated movements
Nodes of Ranvier– constrictions of myelinated nerve fibers at regular intervals at which the
myelin sheath is absent and the axon is enclosed only by Schwann cell processes, speed up
the conduction of neural impulses
Synapse – junction of an axon terminal onto a dendrite, consists of axon terminal, dendrite
and the synaptic cleft, where information transfers from one neuron to the next
● Neural communication (ELECTROCHEMICAL)
- Activity between neurons = chemical
find more resources at oneclass.com
find more resources at oneclass.com
Unlock document

- Activity within neurons= electrical
❏ Electrical Activity of Neurons
- Neurons do 2 important things: generate elect that create new nerve impulse, and
release chemicals that allow them to communicate w/ other neurons and muscles,
etc
How does nerve impulse occur??
1. @ Rest, neuron has an resting potential due to the positive/negative ions
inside/outside neuron
2. When stimulated, flow of ions in and out through the cell memb reverses the charge
of the resting potential(Na and K) producing an AP, or nerve impulse
3. The original distribution of ions is restored, and neuron is back @ rest
➔ RESTING POTENTIAL TO AP
- The outside is positively charged because of Na+ ions, and some Cl- (negative)
- Inside is negative protein molecules and K+ ions
- High conc of Na+ in the outside, and negative protein inside= uneven distribution of
ions (makes inside negative compared to outside)
- This is resting potential
- @ rest, neuron is at a=state of polarization (occurs when balance of + and - , -
70 mv)
- HODGKIN and HUXLEY found if they stimulates the axon with mild electrical
stimulus, the interior voltage diff shifted from -70 mv to +40 mv= they forced the axon
to generate AP
- AP is a sudden reversal in neuron’s membrane voltage from +70 to -40
- This shift is called DEPOLARIZATION
- WHAT CAUSES DEP?
- Action of Na/k channels
- @ rest, the channels are closed, the conc of Na is 10 times higher outside, when
neuron is stimulated, Na channels open up, Na floods in= state of depol
- For an instant, the inside is positive (+40) in relation to outside= creating AP
- To go back to rest, the cells closes Na channel, and K+ flow out of inside restoring
the negative potential inside, eventually excess Na flows out, and escaped K is
recovered
- Once an AP occurs , its effects spread to nearby Na channels and the AP flows down
the length of the axon to the axon terminal
- Right after the impulse passes a point along the axon, however, there is a recovery
period = as K+ ions flow out of the inside (to reach rest) continued….
Factors affecting neuron firing
- During this absolute refractory period: the memb is not excitable and cannot
generate another AP until the first one is completed, (can’t sum) this places a limit on
the rate @ which nerve impulses can occur. In humans = 300 IMPULSES/ S only
- Relative refractory period: shortly after the firing of a nerve fiber when partial
repolarization has occurred and a greater than normal stimulus can stimulate a
second response
- ALL OR NONE RESPONSE: the negative potential inside the axon must be pushed
from - 70 to about at least - 50 in order to trigger ( threshold)
find more resources at oneclass.com
find more resources at oneclass.com
Unlock document 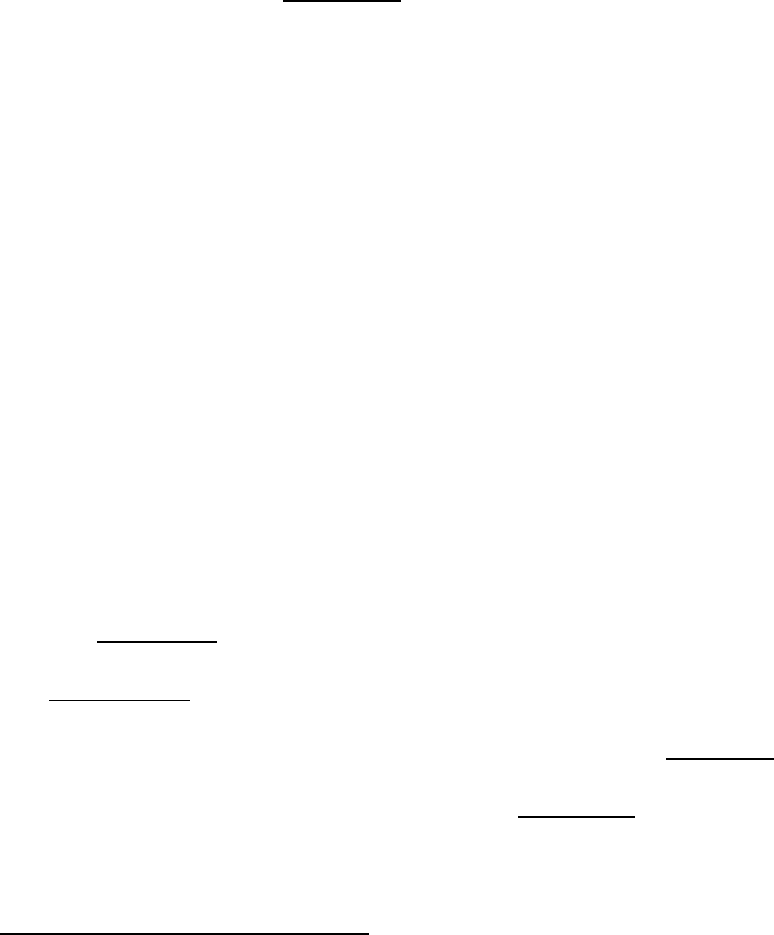 - Changes in the negative r potential that do not reach threshold are called GP( can
add up to create AP)
❏ CHEMICAL ACTIVITY
- Not direct contact with neurons
Communication through SYNAPSE( connection b/w a neuron and its target)
Controversy: how is that possible? Without touching? Until LOEWI established the theory
- Includes the axon terminal, synaptic cleft, and receptor sites in the membrane of the
receiving cell
- The action potential sweeps along the axon and causes the release of
neurotransmitters
- Neurotransmitter: chemical messengers carries messages across the synapse to
either excite/inhibit neurons
- This process of chemical communication involves 5 steps: synthesis, storage,
release, binding, and deactivation
In the synthesis, chemical molecules are formed inside the neuron
Then this molecules are stored in synaptic vesicles within axon terminal
When AP comes down the axon ,these vesicles moves to the surface and then release
The molecules cross and bind to receptors on the receiving side
➔ EXCITATION/INHIBITION/DEACTIVATION
Binding can cause 2 effects on the postsynaptic
- depolarize ( neurotrans that depolarizes are called excitatory)
- Hyperpolarize
Stimulating ion channels that allow positively charged K+ ions to flow out (more -)
Hyper makes it difficult for excitatory to depolarize the neuron to its AP threshold
Neurotrans that hyper are called inhibitory
Once a neurotrans molecule binds to its receptor, it continues to activate/inhibit the neuron
until it is deactivated
This deactivations occurs in 2 ways
- Some transmitters are deactivated by other chemicals located @ the synaptic space
that break them down into their chemical components
- Another is REuptake: after communication, neurotransmitter is taken back in by the
neuron that released it
❖ Some Neurotransmitters
- Dopamine - (excitatory and inhib) Emotional arousal, learning and memory, linked
to Parkinson’s Disorder, reward system
- GABA – major inhibitor, controlling all behaviour, esp anxiety and motor control
Huntington's disorder: produces tremors and loss of motor control, as well as
personality changes
- Serotonin – activity level, sleep, appetite, emotion, linked to depression, sensory
perception, mood regulation
- Acetylcholine – muscle activity and memory, Alzheimer, muscle contractions
- Glutamate – major excitatory neurotransmitter in the brain, controlling behavior, esp
learning and memory
- Norepinephrine – increased heart rate, learning, memory, dreaming,waking, eating
Depression,sleeping,eating disorders
More Chemical Messengers
find more resources at oneclass.com
find more resources at oneclass.com
Unlock document