POLS 1400 – Midterm 2 Review
Week 6/7: Civil Society and Interest Groups
Civic Engagement: The voluntary associations and non-governmental organizations that
bring people together to achieve a common goal e.g. sports clubs, religious groups, student
clubs, labour unions
- Provide opportunities for people to be involved in their communities non politically
- Generalized reciprocity: “I will do this favour for you expecting nothing in return, in the
expectation that someone else will do something for me down the road”
Cyberactivism: The increasing influence of social networking sites e.g. online Facebook
protests for proposed changes of laws of Young Drivers
- Pros: Gives people the freedom to interpret in their own way, connect people in
isolated communities to the outside world
- Cons: Lack of face-to-face interaction can undermine trust, inequalities in internet usage
in Canada, specifically caters to younger generation
Interest Groups: Organizations which have some autonomy from government or political
parties and try to influence public policy e.g. organized interests; pressure groups
Characteristics
- Formal structure of organization that gives them continuity; organization is essential to
allow them to determine their objectives and strategies for action
- They are able to articulate and aggregate interests
- They attempt to act within the political system to influence policy outputs
- They try to influence power rather than exercise the responsibility of governments
themselves
Function
- Express preferences
- Provide information
- Provide functional representation: representation in politics based on the economic and
social groups of a community
o Opposed to territorial representation: system where one representative is elected
from an area defined by territorial limits
- Lobbying
- Public opinion
- Judicial action
find more resources at oneclass.com
find more resources at oneclass.com
Unlock document 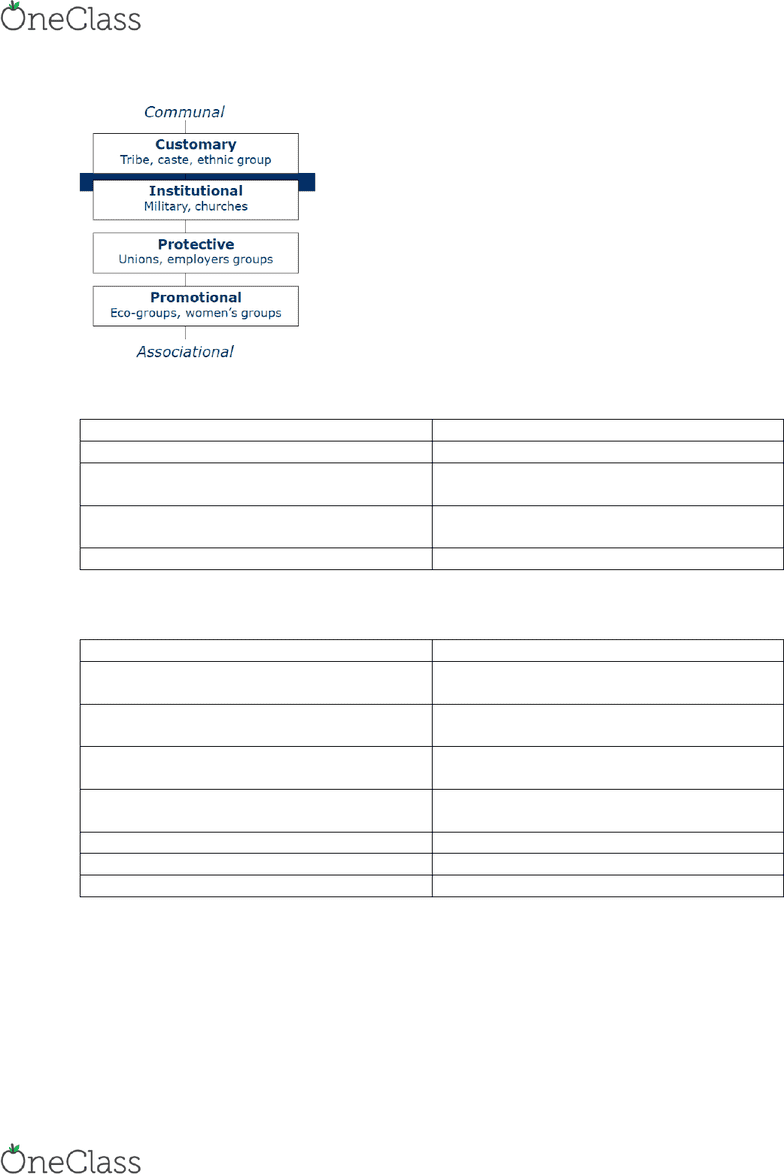