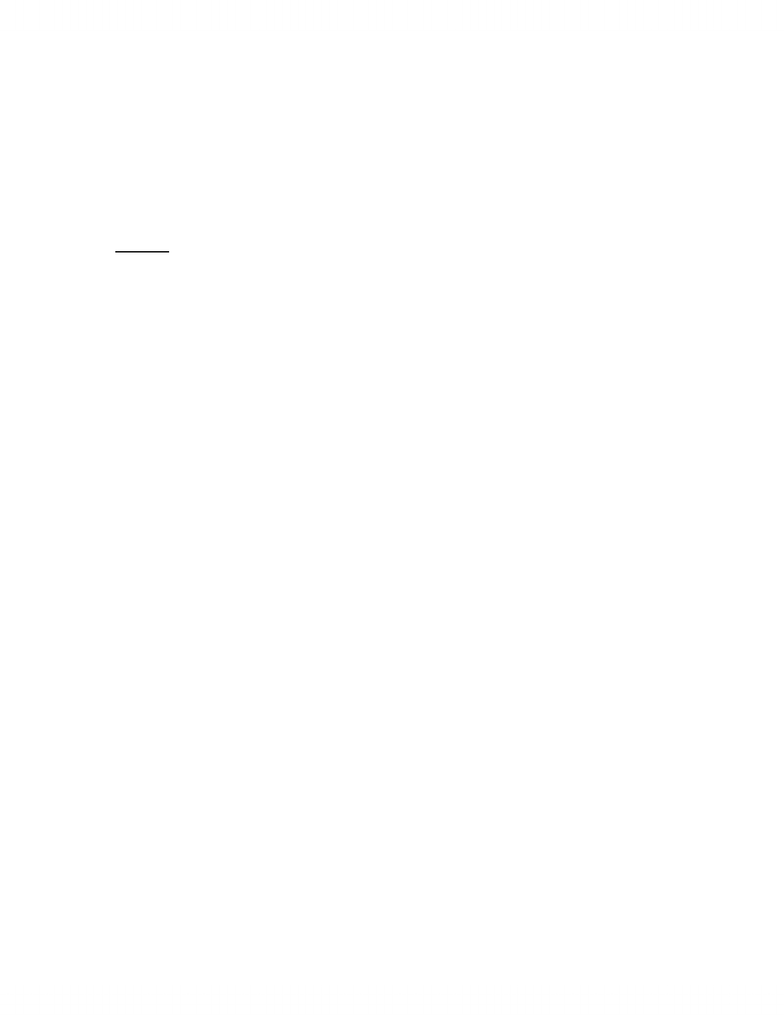 Personality Disorders
March-01-11
2:34 PM
 Personality disorder: enduring maladaptive patterns for relating to the environment and oneself,
exhibited in a wide range of contexts that cause significant functional impairment or subjective
distress
Overview
 Personality characteristics must be inflexible, cause distress or impairment
 Personality disorders are chronic, originate in childhood and continue through life
 Pervade every aspect of life
 Manifested in two or more of the following areas
o Cognition
o Affectivity
o Interpersonal functioning
o Impulse control
 Possible that those with personality disorders don't feel any subjective distress; may instead be felt
by others
o Common with antisocial personality disorder, show disregard for well being of others with no
remorse
 Those with personality disorders in addition to other psychological problems don't respond well to
treatment
o Depressed patients have a worse outcome in treatment if they also have a personality
disorder
 Axis II disorders; distinct as a group
o Having personality disorders on a separate axis requires the clinician to consider in each
assessment whether the person has a personality disorder
 Categorical and Dimensional Models
o Difficulty seen as a degree; problems may just be extreme versions of the problems many
people experience on a temporary basis (shy, suspicious)
o Issue of whether personality disorders are extreme versions of otherwise normal personality
variations (dimensions) or ways of relating that are different from psychologically healthy
behaviour; former is more common belief
o Act of using categories (you either do or do not have a disorder, there is no in between) leads
clinicians to view disorders as real things
o Widiger believes the DSM can be supplemented by having a dimensional model in which they
would be rated on a series of personality dimensions.
 Three advantages over a purely categorical system: would retain more information
about each individual; would be more flexible, permit both categorical and dimensional
differentiations among individuals; would avoid arbitrary decisions involved in assigning
a person to a diagnostic category
o "Big Five"/ five factor model of personality; people rated on a series of personality dimensions
and the combination of five components describes why people are different. Five factors are:
extraversion (talkative, assertive, active vs. Passive, reserved), agreeableness (kind, trusting
and warm vs. Hostile, selfish), conscientiousness (organised, reliable vs. Careless, unreliable), 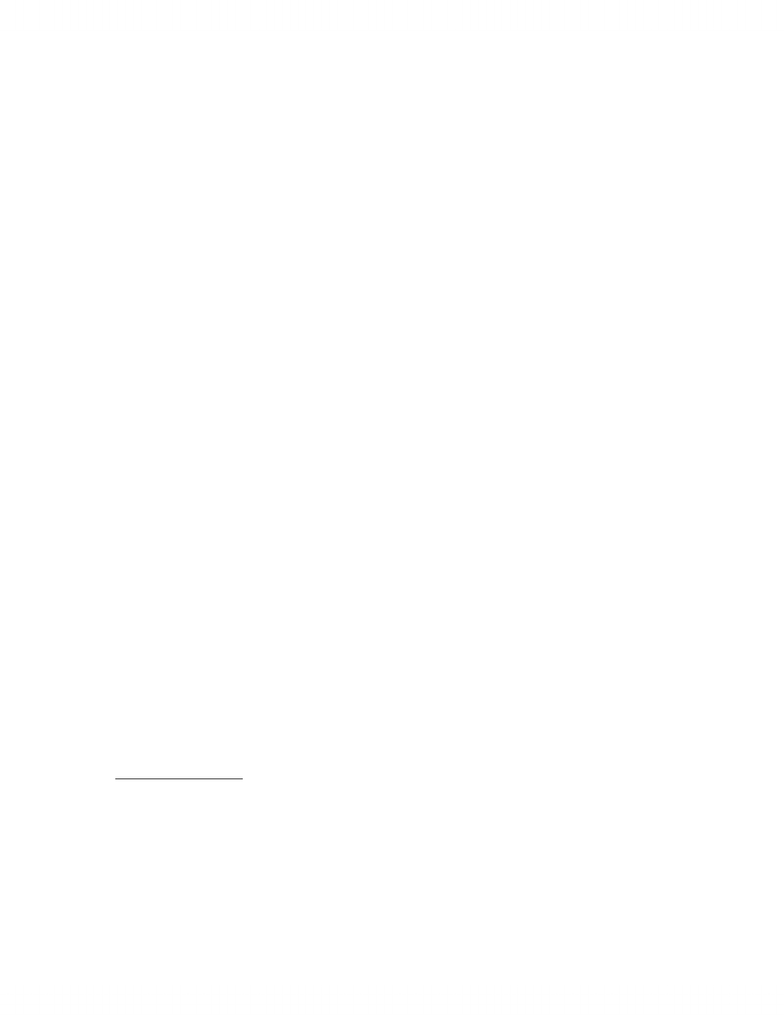 neuroticism (nervous, moody vs. Even tempered), and openness to experience (imaginative,
curious vs. Shallow)
 Cross cultural research establishes universal nature of five dimensions
 Personality disorder clusters
o DSM divides personality disorders into three groups
o Based on resemblance
o Cluster A is the odd or eccentric cluster, includes paranoid, schizoid; cluster B is dramatic or
emotional or erratic, includes antisocial, borderline, histrionic and narcissistic; cluster C is
anxious or fearful, includes avoidant, dependant and obsessive compulsive disorder
o Structure only holds when the disorders are assessed by clinicians, not when they are assessed
via patient self reports
 Statistics and development
o Canadian data on prevalence generally lacking, except in the case of antisocial personality
disorder
o American studies indicate that personality disorders are found in .5-2.5% of the population,
10-30% in those served in inpatient settings, and 2-10 percent in individuals in outpatient
settings
o Schizoid, narcissistic and avoidant personality disorder relatively rare, less than 1% of the
general population
o Paranoid, schizotypal, histrionic, dependant and obsessive compulsive found in 1-4% of
general population
o Originate in childhood, so ingrained it is difficult to pinpoint onset
o Lack significant information about the course of half the disorders, many individuals do not
seek treatment in early development
o Delay makes it difficult to study people from the beginning
o Borderline personality characterised by volatile and unstable relationships; have persistent
problems in early adulthood, frequent hospitalisations, severe depression, and suicidal
gestures. 6% succeed in suicidal attempts. Symptoms gradually improve if they survive into
30s
o Antisocial personality characterised by disregard for the rights and feelings of others, lying and
manipulation continues into adulthood
 Gender differences
o Borderline diagnosed more frequently in females, make up 75% of identified cases
o Equal numbers of males and females have histrionic and dependant personality disorder
o Gender biases play a part, as being a woman increases the likelihood of being diagnosed with
histrionic personality disorder
o Criteria for disorders themselves may be biased (criterion gender bias), or the assessment
measures and the way they are used may be biased (assessment gender bias)
Disorders under Study
 Sadistic personality disorder up for consideration, includes people who receive pleasure by inflicting
pain on others. Little evidence
 Depressive personality disorder: self criticism, dejection, judgemental stance towards others, a
tendency to feel guilt; evidence indicates it may be distinct from dysthymic disorder
 Negativistic personality disorder: passive aggression in which people adopt negativistic attitude to
resist routine demands and expectations. Is an expansion of a previous DSM III category, passive
aggressive personality disorder, which may actually be a subtype of narcissistic personality disorder. 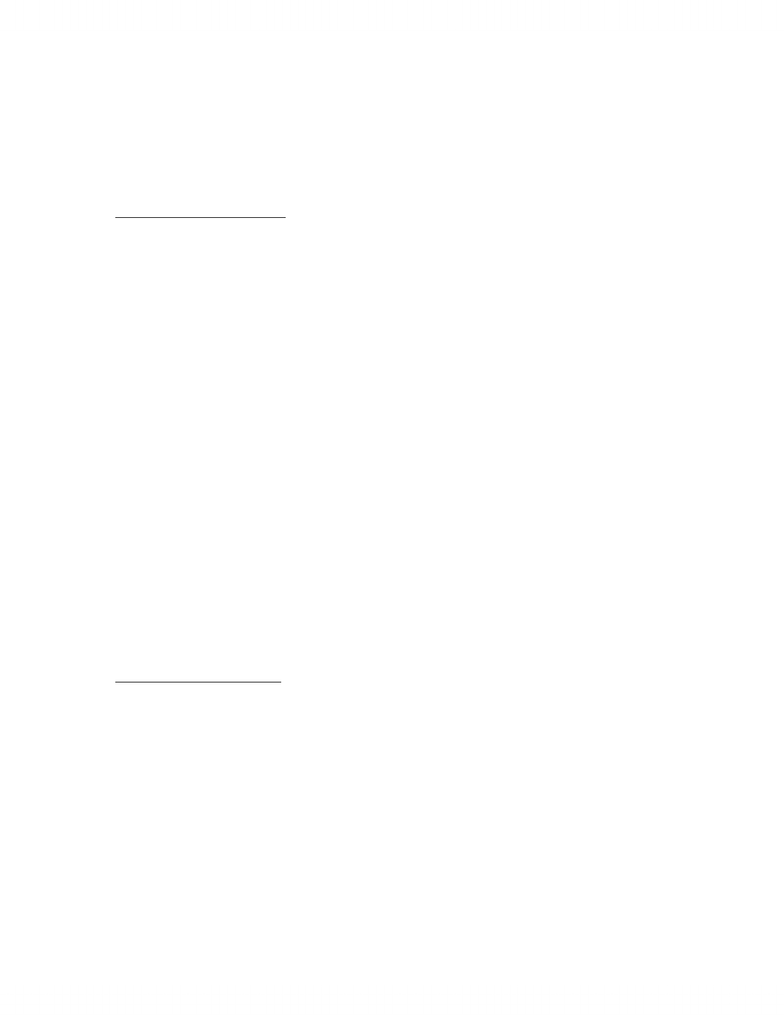 Cluster A Disorders
March-06-11
8:04 PM
 Characterised as odd or eccentric behaviour
Paranoid Personality Disorder
 Paranoid personality disorder: involves pervasive distrust and suspiciousness of others such that
their motives are interpreted as malevolent
 Clinical description
o Defining characteristic is a pervasive and unjustified distrust and suspicion of others
o Unfounded suspicions
o Obviously hostile towards others
o Sensitive to criticism, need for autonomy
o Believe interpersonal events are there to purposely annoy or disturb them
o Bears relationship to paranoid type of schizophrenia and delusional disorder.
o They see legitimacy behind their thoughts and beliefs, although they are unfounded
 Causes
o Evidence for biological contributions limited
o Psychological contributions less certain
o One view is that people with this disorder have a maladaptive picture of the world
o Cultural factors implicated; some people thought to be particularly susceptible due to
experiences
 Treatment
o Mistrustful of everyone and unlikely to seek help
o Difficulty developing the relationship needed for successful therapy
o Try to provide atmosphere conducive to a sense of trust, tries to develop trust.
o Tries to show them the lack or logical elements to their thoughts
o Cognitive therapy used to counter the person's mistaken assumptions about others; focus on
changing the person's beliefs
o No confirmed demonstrations that any form of treatment can significantly improve the lives of
those with paranoid personality disorder
Schizoid Personality Disorder
 Schizoid personality disorder: features pervasive pattern of detachment from social relationships
and a restricted range of expression of emotion
 Clinical description
o Don't desire or enjoy closeness with others, including romantic or sexual relationships
o Cold and indifferent to others
o Often described as loners
o Feel no need for relationships, no desire to connect with others
o Unaffected by praise or criticism
o Homelessness prevalent among people with this disorder
o Social deficiencies similar to those of people with paranoid personality disorder, although
more extreme
o Do not have the unusual thought processes that characterise other disorders in this category
o Not really distressed by the situation