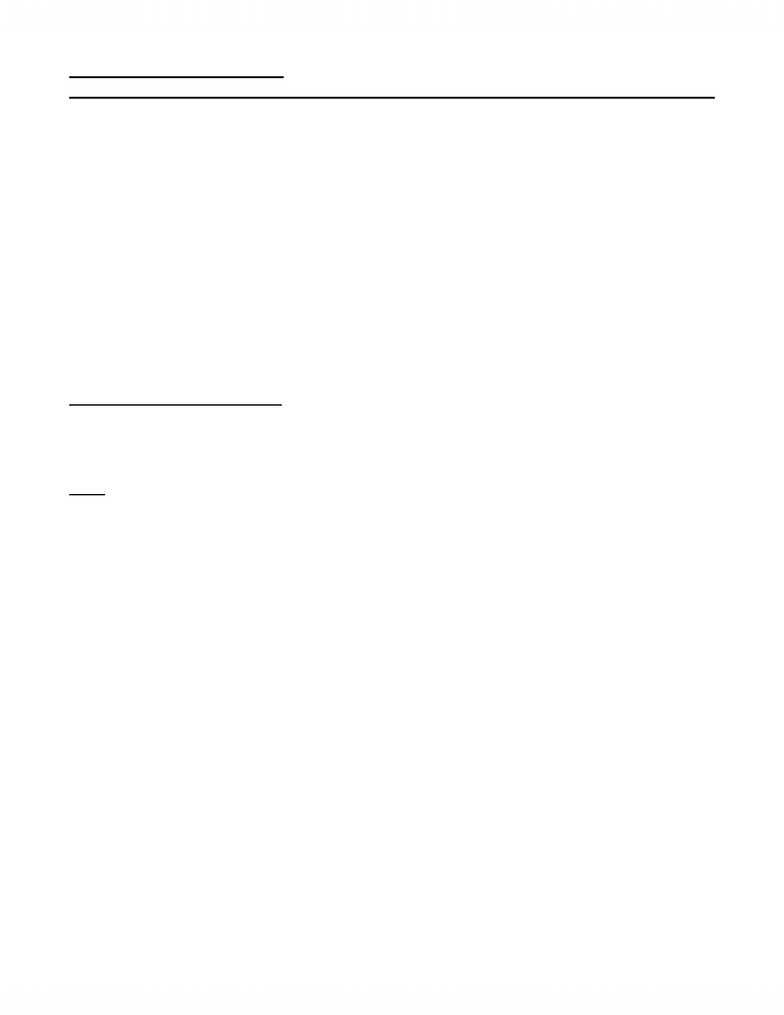 MGT491 Midterm Notes ±
Chapter 6: The Political Economy of International Trade
x Classical trade theories in chapter 5 showed that in a world without trade barriers, trade patterns are
determined by the relative productivity of different factors of production in different countries
o Countries will specialize in products that they can make most efficiently, while importing products
that they can produce less efficiently
x Free trade ± refers to a situation in which a government does not attempt to restrict what its citizens can buy
from or sell to another country
x Although many nations are nominally committed to free trade, tend to intervene in international trade to protect
the interests of politically important groups or promote interests of key domestic producers
x US ± agricultural subsidies have helped protect the relatively inefficient cotton farmers from being exposed to
the full forces of competition in the global marketplace
o Subsidies remain in place due to the political influence that cotton farmers exert
x When governments intervene, they often do so by restricting imports of goods and services into their nation,
while adopting policies that promote domestic production and exports
x Usually, motives are to protect domestic producers and jobs from foreign competition while increasing the
foreign market for products of domestic producers
x Social issues have recently become a part of the decision ± ex. movement in the US to ban imports of goods
from countries that do not abide by the same labour, health and environmental regulations as the US
INSTRUMENTS OF TRADE POLICY
x 7 main instruments: tariffs, subsidies, import quotas, voluntary export restraints, local content requirements,
administrative policies, and antidumping duties
x Tariffs are oldest and simplest instrument of trade policy, a fall in tariff barriers recently has been accompanied
by a rise in nontariff barriers such as subsidies, quotas, etc.
Tariffs
x Tariff ± a tax levied on imports (or exports)
x 2 categories:
o Specific tariffs ± levied as a fixed charge for each unit of a good imported (ex. 3$ per barrel of oil)
o Ad Valorem tariffs ± levied as a proportion of the value of the imported good
x In most cases, tariffs are placed on imports to protect domestic producers from foreign competition by raising
the price of imported goods
x Also produce revenue for the government ± until income tax was introduced, the US govt received most of its
revenues from tariffs
x Government gains ± increase government revenues
x Domestic producers gain ± tariff affords them some protection against foreign competitors by increasing the
cost of imported foreign goods
x Consumers lose ± must pay more for certain imports
x 2 conclusions can be derived from economic analysis of the effect of import tariffs:
o Tariffs are unambiguously pro-producer and anti-consumer
 Protect producers from foreign competitors
 Raises domestic prices
 Almost all studies find that import tariffs impose significant costs on domestic consumers in
the form of higher prices
o Import tariffs reduce the overall efficiency of the world economy
 Protective tariff encourages domestic firms to produce products at home that, in theory,
could be produced more efficiently abroad
 Consequence is inefficient utilization of resources
x Sometimes tariffs are levied on exports of a product from a country
o Far less common than import tariffs
o Objectives:
 Raise revenue for the government
 Reduce exports from a sector, often for political reasons
x Ex. China imposed a tariff on exports of textiles, primary objective was to moderate
the growth in exports of textiles from China, thereby alleviating tensions with other
trading partners
www.notesolution.com 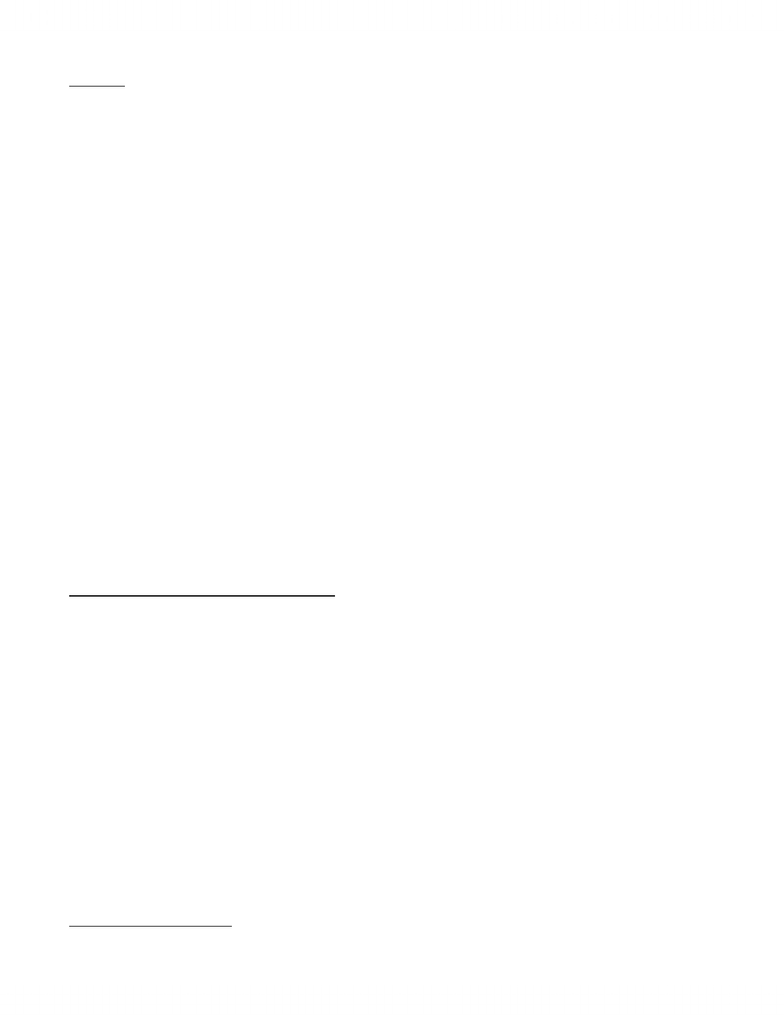 Subsidies
x Subsidy ± government payment to a domestic producer
x Many forms, including cash grants, low-interest loans, tax breaks, government equity participation in domestic
firms
x Lowering production costs to help domestic producers:
o Compete against foreign imports
o Gain export markets
x Agriculture is usually one of the largest beneficiaries of subsidies in most countries
x Non-agricultural subsidies are much lower but still significant
o Ex. subsidies given to Boeing and airbus to help them lower the cost of developing commercial jet
aircraft
o %RHLQJ¶VVXEVLGLHVFDPHIURPWD[FUHGLWVIRU5'VSHQGLQJRUSHQWDJRQPRQH\WKDWZDVXVHGWR
develop military technology which was then transferred to civil aviation projects
o $LUEXV¶VXEVLGLHVFDPHIURPJRYHUQPHQWORDQVDWEHORZ-market interest rates
x Main gains from subsidies go to domestic producers, whose international competitiveness is increased as a
result
x Advocates of strategic trade policy (outgrowth of the new trade theory) favour subsidies to help domestic firms
achieve a dominant position in industries where economies of scale are important, and the world market is not
large enough to profitably support more than a few firms
o Ex. aerospace, semiconductors
o According to this argument, subsidies can help a firm achieve first-mover advantages in an
emerging industry
o If this is achieved, further gains to the domestic economy arise from the employment and tax
revenues that a major global company can generate
x Government subsidies must be paid for, typically by taxing individuals and corporations
x Many subsidies are not that successful at increasing the international competitiveness of domestic producers,
but rather they protect the inefficient and promote excess production
x Ex: agricultural subsidies:
o Allow inefficient farmers to stay in business
o Encourage countries to overproduce heavily subsidized agricultural products
o Encourage countries to produce products that could be grown more cheaply elsewhere and
imported
o Reduce international trade in agricultural products
Import Quotas and Voluntary Export Restraints
x Import quota ± direct restriction on the quantity of some good that may be imported into a country, usually
enforced by issuing import licenses to a group of individuals or firms
o Ex. cheese, only certain trading companies allowed to import cheese, only can import a certain
quantity each year
x Tariff rate quota ± common hybrid of a quota and a tariff ± a lower tariff rate is applied to imports within the
quota than those over the quota (ex. an ad valorem tariff rate of 10% might be levied on rice imports of 1 million
tons, after which an out-of-quota rate of 80% might be applied.)
o Common in agriculture where their goal is to limit imports over quota
x Voluntary export restraint (VER) ± variation the import quota, it is a quota on trade imposed by the exporting
FRXQWU\W\SLFDOO\DWWKHUHTXHVWRIWKHLPSRUWLQJFRXQWU\¶VJRYHUQPHQW
o Foreign producers agree to VERs because they fear more damaging punitive tariffs or import
quotas might follow if they do not comply.
o Agreeing to a VER is seen as a way to make the best of a bad situation by appeasing protectionist
pressures in a country
x Both import quotas and VERs benefit domestic producers by limiting import competition
x Quotas do not benefit consumers ± always raises the domestic price of an imported good
x The extra profit that producers make when supply is artificially limited by an import quota (and therefore the
prices go up) is referred to as a quota rent.
x If a domestic industry lacks the capacity to meet demand, an import quota can raise prices for both the
domestically produced and the imported good
Local Content Requirements
x Local content requirement ± a requirement that some specific fraction of a good be produced domestically
www.notesolution.com 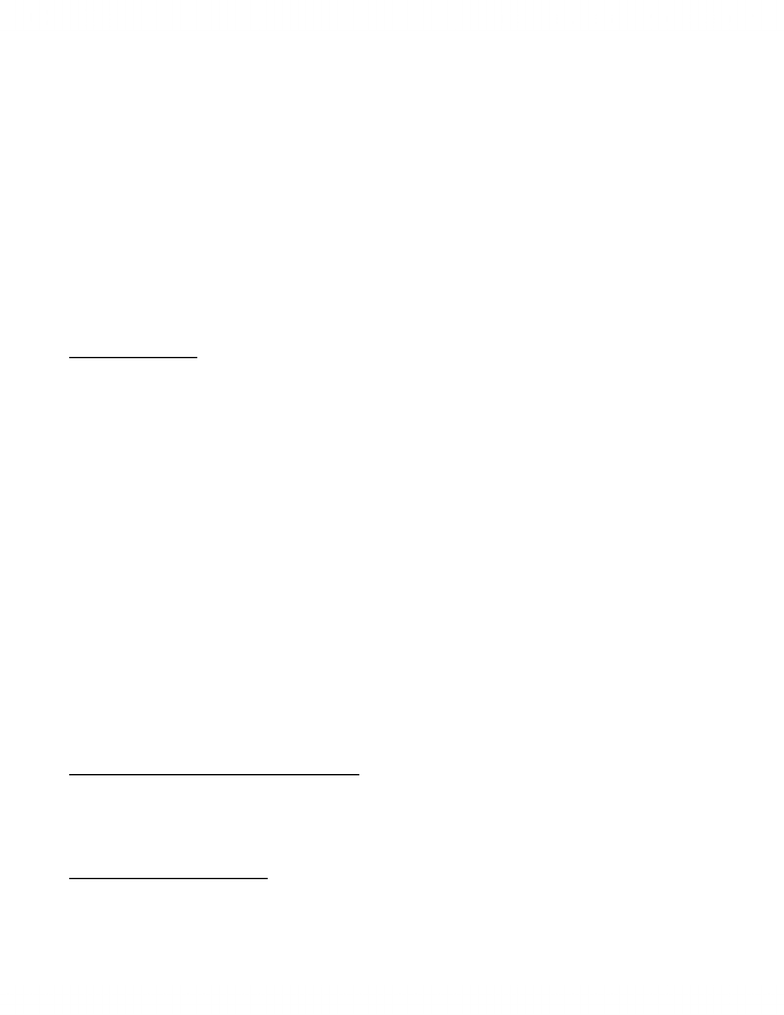 x Expressed either in physical terms (ex. 75% of the component parts for this product must be produced locally)
or in value terms (75% of the value of this product must be produced locally)
x Developing countries have commonly used local content regulations to shift their manufacturing base from
simple assembly of products whose parts are manufactured elsewhere into the local manufacture of component
parts
x Also used in developed countries to try to protect local jobs and local industry from foreign competition
x Ex. Buy America Act requires that government agencies must give preference to American products when
putting contacts for requirement out to bid, unless the foreign products have a significant price advantage.
o If 51% of the materials by value are produced domestically, qualifies as an American product
o This is a local content requirement ± if an American company or even a foreign company wants to
win a contract from the US government to provide some equipment, must ensure that at least 51%
of the product by value is manufactured in the US
x Provides protection for domestic producer of parts in the same way an import quota does ± by limiting foreign
competition
x Aggregate economic effects are the same ± domestic producers benefit, but restrictions on imports raise the
prices of imported components, in turn higher prices for imported components are passed on to consumers of
the final product by raising the final price
x Local content regulations tend to benefit producers and not consumers
Administrative Policies
x In addition to the formal instruments of trade policy, governments of all types sometimes use informal or
administrative policies to restrict imports and boost exports
x Administrative trade policies ± bureaucratic rules designed to make it difficult for imports to enter the country
x Ex. Japan ± has low formal tariff and nontariff barriers, but their informal administrative barriers to imports more
than compensate ± ex. Netherlands exported tulips to every country in the world except Japan, customs
LQVSHFWRUVLQVLVWHGRQFKHFNLQJHYHU\EXOEE\FXWWLQJLWGRZQWKHPLGGOHDQGRIFRXUVHLWFRXOGQ¶WEHSXWEDFN
together again
x As with all instruments of trade policy, administrative instruments benefit producers and hurt consumers, who
are denied access to possibly superior foreign products
x Antidumping Policies:
o Dumping ± defined as selling goods in a foreign market at below their costs of production, or as
VHOOLQJJRRGVLQDIRUHLJQPDUNHWDWEHORZWKHLU³IDLU´PDUNHWYDOXH
o Method by which firms unload excess production on foreign markets
o Some dumping may be the result of predatory behaviour, with producers using substantial profits
from their home markets to subsidize prices in a foreign market with a view to driving indigenous
competitors out of that market
 Once this has been achieved, the predatory firm can raise prices and earn substantial
profits
o Antidumping policies ± designed to punish foreign firms that engage in dumping, ultimate objective
is to protect domestic producers from unfair foreign competition
 Policies vary somewhat between countries, but the majority are similar to those in the US ±
if a domestic producer believes that a foreign firm is dumping production in the US, it can
file a petition with 2 government agencies which then investigate the complaint. If the
complaint has merit, the agencies impose an antidumping duty on the offending foreign
imports (often called countervailing duties), represents a special tariff and can be fairly
substantial and stay in place for up to 5 years.
THE CASE FOR GOVERNMENT INTERVENTION
x Arguments for government intervention take 2 paths:
o Political ± concerned with protecting the interests of certain groups within a nation (normally
producers), often at the expense of other groups (normally consumers)
o Economic - concerned with boosting the overall wealth of a nation (to the benefit of all, both
producers and consumers)
Political Arguments for Intervention
x Cover a range of issues, including preserving jobs, protecting industries deemed important for national security,
UHWDOLDWLQJDJDLQVWXQIDLUIRUHLJQFRPSHWLWLRQSURWHFWLQJFRQVXPHUVIURP³GDQJHURXV´SURGXFWVIXUWKHULQJWKH
goals of foreign policy, and advancing the human rights of individuals in exporting countries
x Protecting Jobs and Industries:
o Most common political argument for government intervention
www.notesolution.com