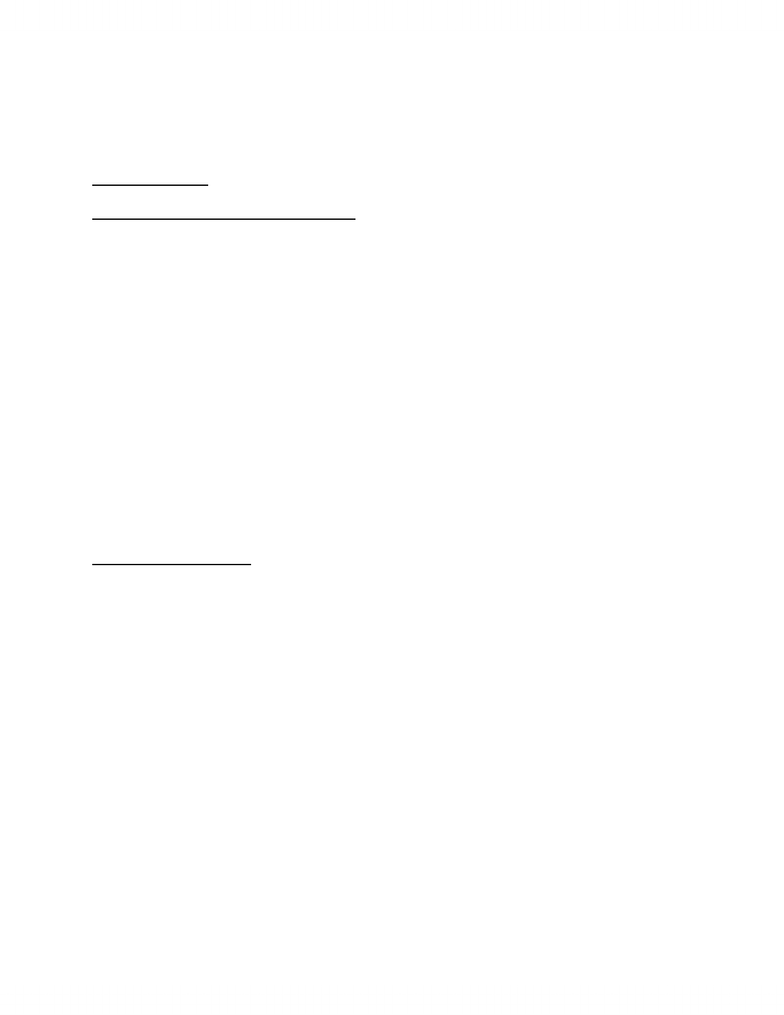 Chapter Notes (Final Exam)
On April, 26, 2012
Part 3: Arguments
Chapter 8: Inductive Reasoning (270-324)
-Deductive argument is intended to provide logically conclusive support for its conclusion; such
an argument is valid or invalid, sound or unsound. Inductive argument is intended to supply
only probable support for its conclusion, strong if it succeeds and weak if it fails.
-The conclusion of an inductively strong argument is simply more likely to be true than not. If
the argument’s premises are true, it is said to be cogent. Unlike valid deductive arguments, an
inductively strong argument cannot guarantee that the conclusion is true but it can render the
conclusion probably true, even highly likely to be true.
-Inductive arguments, cannot give us certainly but they can give us high levels of probability.
Inductive reasoning gives us most of what we know about the empirical workings of the world,
allowing us in science to soar reliably from what we know to what we don’t.
-Inductive arguments come in several forms (4) including enumerative, analogical and casual.
Also inference to the best explanation (ch9).
1) Enumerative Induction
-Sometimes an inductive argument reasons from premises about a group, or class, of things to a
conclusion about a single member of the group.
Enumerative Induction: An inductive argument pattern in which we reason from premises
about individual members of a group to conclusions about the group as a whole.
-Far more inductive arguments do the enumerative induction pattern. In such cases, we begin
with observations about some members of the group and end with a generalization about all of
them. It’s a way of reasoning that we all find both natural and useful.
-Enumerative induction has this form: X per cent of the observed members of group A have
property P. Therefore, X per cent of all members of group A probably have property P.
-Enumerative induction comes with some useful terminology:
Target population (target group): In enumerative induction, the whole collection of individuals
under study.
Unlock document 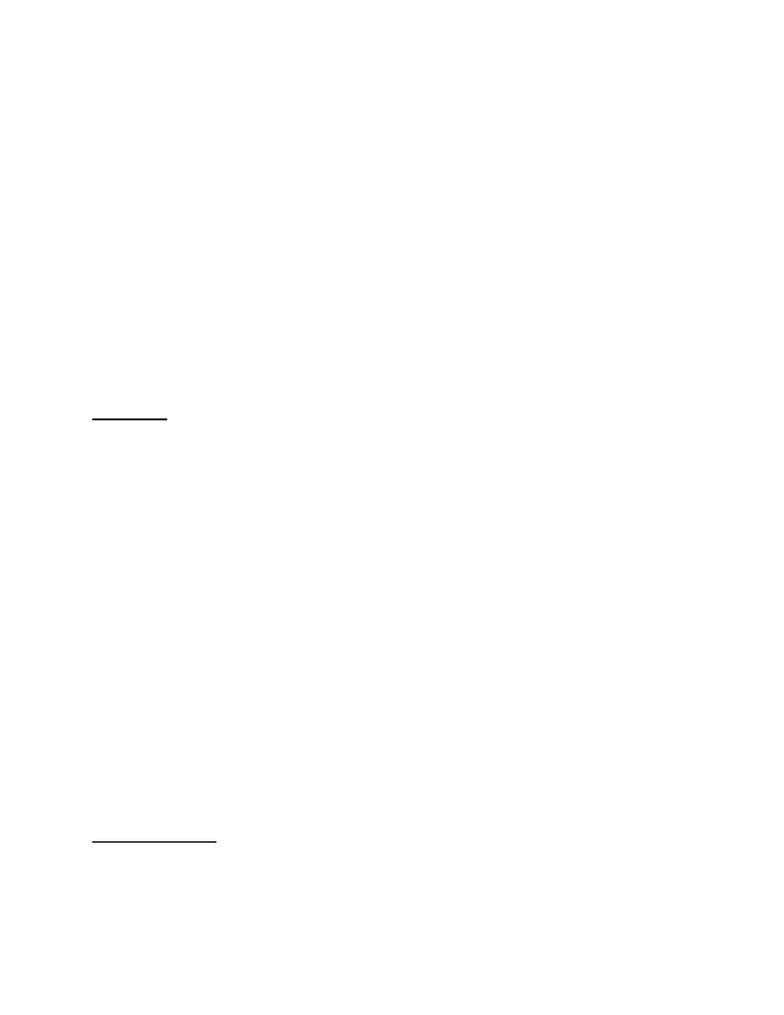 Sample members (sample): In enumerative induction, the observed members of the target
group.
Relevant property (property in question): In enumerative induction, a property, or
characteristic, that is of interest in the target group.
-Remember that an inductive argument cannot only be strong or weak, but it can also vary in its
strength in the degree of support that the premises give to the conclusion. So the strength of
the argument depends on the premises as well as on how much is claimed in the conclusion.
-Enumerative inductive arguments can fail to be strong in the two following major ways. Its
sample can be 1) too small or 2) not representative. It’s possible for an enumerative induction
to be perfectly strong but to have false premises, in which case the argument isn’t cogent. The
data (or evidence) stated in the premises could have been misinterpreted, fabricated, or
misstated.
Sample Size
-Just about everyone at one time or another probably makes this kind of mistake, which is
known as hasty generalization.
Hasty generalization: The fallacy of drawing a conclusion about a target group on the basis of
too small a sample.
-People regularly make this mistake when dealing with all sorts of enumerative inductive
evidence; political polls, consumer opinion and surveys, scientific and medical studies, etc.
-In general, the larger the sample, the more likely it is to reliably reflect the nature of the larger
group. In many cases our common sense tells us when a sample is or is not large enough to
draw reliable conclusions about a particular target group. A rule of thumb is the more
homogenous a target group is in relevant to the property in question, the smaller the sample
can be. The less homogenous, the larger the sample should be.
-In social, psychological and cultural properties, people are too diverse to judge a large target
group by just a few of its members. In biological properties, however, Homo sapiens are
relatively uniform. We need to survey only one normal member of the species to find out if
humans have ears.
Representativeness
-In addition to being the proper size, a sample must be a representative sample. If it doesn’t
properly represent the target group, it’s a biased sample.
Unlock document 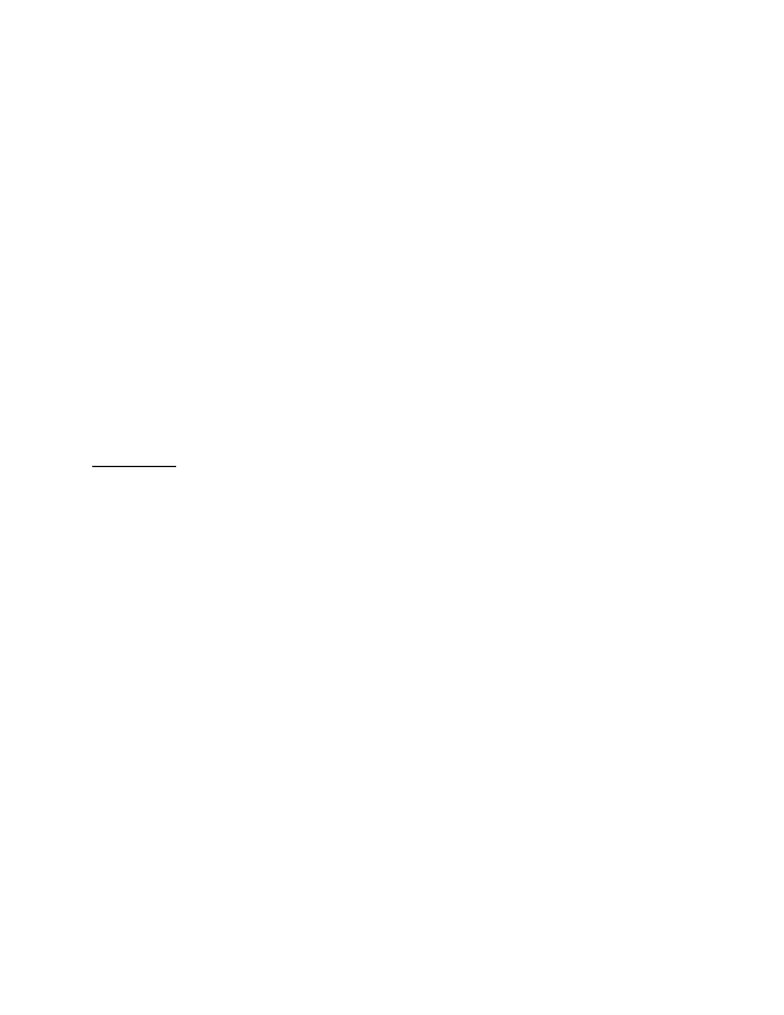 Representative sample: In enumerative induction, a sample that resembles the target group in
all relevant ways.
Biased sample: A sample that does not properly represent the target group.
-An enumerative inductive argument is strong only if the sample is representative of the whole.
-Many arguments using unrepresentative samples are ludicrous (ridiculous); others are more
subtle (thoughtful).
-To be truly representative, the sample must be like the target group by 1) having all the same
relevant characteristics and 2) having them in the same proportions that the target group does.
The ‘relevant characteristic’ is features that could influence the property in question.
-We are often guilty of biased sampling in everyday situations. One way this happens is through
a phenomenon called selective attention (we notice certain things and ignore others, usually
without even being aware that we’re doing it. We may ignore facts that contradict our beliefs
and search out facts that support them).
Opinion Polls
-Enumerative inductions reach a high level of sophistication in the form of opinion polls
conducted by professional polling organizations. Opinion polls are used to arrive at
generalizations about everything. Opinion polls are still essentially inductive arguments and
must be judged accordingly.
-So as inductive arguments, opinion polls should 1) be strong and 2) have true premises. Any
opinion poll worth believing must 1) use a sample that is largely enough to represent the target
population accurately in all the relevant population features and 2) generate accurate data.
-A poll can fail to meet this latter (final) requirement through data-processing errors, botched
(messed up) polling interviews, poorly phrased questions, restricted choices and order of
questions.
-(Ex: polling organizations such as Environics and IpsosReid regularly conduct polls in which the
target group is Canadian adults (more than 25 million) and the representative sample consists
of only 1000-1500 individuals). How can this be? By using random sampling.
Random sample: A sample that is selected randomly from a target group in such a way as to
ensure that the sample is representative. In a simple random selection, every member of the
target group has an equal chance of being selected for the sample.
Unlock document