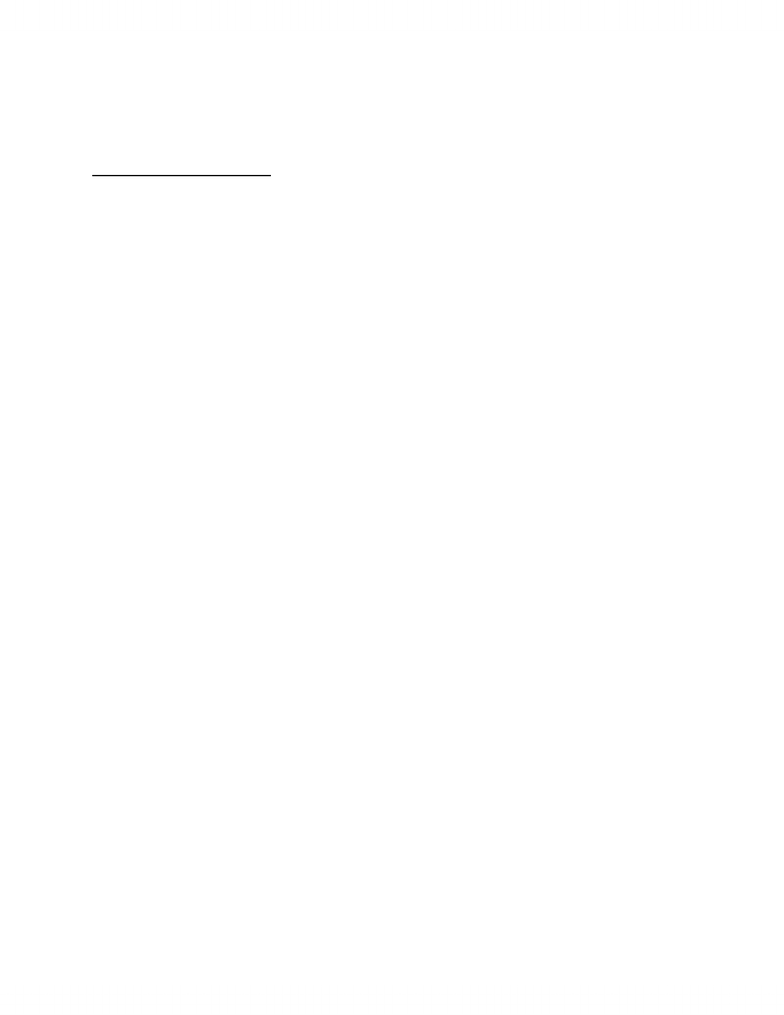 PLAGUES AND PEOPLES NOTES
Tuberculosis- Textbook notes
- French Military physician, Jean Antoine Villemin succeeded in transmitting TB to rabbits. TB found in
lungs and lumph nodes of only those that received pus
- Villemin’s critic Hermann Pidoux said consumption in poor was due to condition of poverty including
overwork, malnutrition, unsanitary housing; and developed in rich because of laziness, habits of luxury,
overeating  “organic depletion”
- German physician Robert Koch made a presentation to Berlin Physiological society claiming he
discovered the microbe of TB
- Anthrax was a problem among sheep (and sometimes humans) in and around Wollstein, Koch examined
carcasses of sheep and in obsessive fashion was able to characterize the germ of anthrax  rod shaped
bacterium named Bacillus anthracis. Afterwards he found the microbe that caused TB (M.Tuberculosis)
- Microscopic bacillus is colourless and can’t be easily seen with the light microscope making it visible
required heating and a special aniline dye (methylene blue)
- Staining technique was improved by Paul Ehrlich, bacilli would retain dye colour if first stained with red
fuschsin followed by an acid wash
- Koch prematurely announced he discovered a protective substance made from an extract of the bacilli
called tuberculin [known today as PDD (purified protein derivative). Tuberculin produced fever, malaise
and signs of illness  tuberculin skin test used now to see if you’ve been exposed
- Koch also showed (Villemin did a decade before) Bovine TB could be infections for human via milk
- Tubercle bacilli can survive in moist sputum for 6-8 months; infection may result in as few as five
bacteria reach the grape like clusters of the think-walled air sacs
- One of the alveolus, macrophages engulfs the bacteria to initiate an infection. From here, bacilli within
the macrophage can be transported to other parts of the body by lymph channels. With more reaction,
there’s an inflammatory response and becomes more intense, and fluid (lymph) leaks into the region. The
site becomes infiltrated (with fiber secreting cells) fibroblasts, which surround the free and microphage-
enclosed bacilli in an attempt to wall them off. Tubercle grows, pushing away normal tissue and producing
larger visible tubercles in the lung
- In the majority, when bacteria’s inhaled, bacilli are killed by macrophages or localized and grow slowly
within tubercles
www.notesolution.com 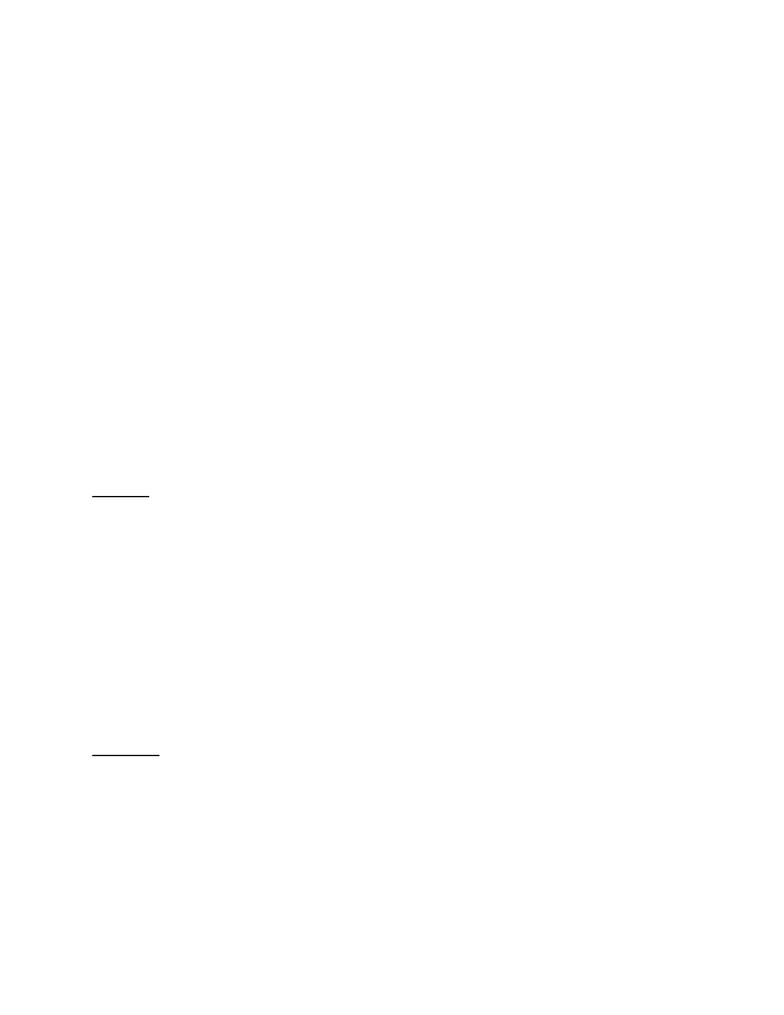 - M. Tuberculosis can survive and live within macrophage because of its waxy lipid cell
- Cell-mediated immunity (2-edged sword) required for protection but involved in tissue damage
- Wilhelm Roentgen discovered x-rays, which made the tubercular lesions caused by the disease visible
long before its symptoms became noticeable
- Stethoscope developed by Rene Laennec on basis of his clinic experience, he theorized that phthisis,
scrofula and military TB were different forms of the same disease
- Hippocrates recommended a change in climate for phthisis; notion of benefits of “clean air and
sunshine” lasted well into the 20th century
- After Koch’s discovery of the tubercle bacillus, anti=tuberculosis campaigns began, 1st in Europe than
America
- Hermann Biggs of New York Department of Public Health issued an education leaflet  he believed
that protection of public health was more important than individual freedom
Treatment
- Selman Waksman began a systematic effort to identify soil microbes that could produce substances that
might be useful in the control of infectious disease
- Waksman’s graduate student, Albert Schatz, discovered that a mold named Steptomyces Griseus
obtained from throat of a sick chicken that had been eating soil was an antagonist. It limited the survival
of Tubercle Bacilli in both soil and sewage
- Streptomycin inhibited the growth of tubercle bacilli both in body and test tubes. Soon there were signs
of stretpmycin-resistant TB bacilli. This and further drugs eliminated sanitary.
- In absence of drug resistance, combination of isonazid and rifampin administered for nine months is
curative for TB
Vaccination
- Two French bacteriologists named Albert Calmette and Camille Guerrin used a technique first used in
1882 by Louis Pasteur-theory
- Injection of (M.Bovine) BCG produces a mild infection, induces immunity and has never resulted in
virulent infection
www.notesolution.com 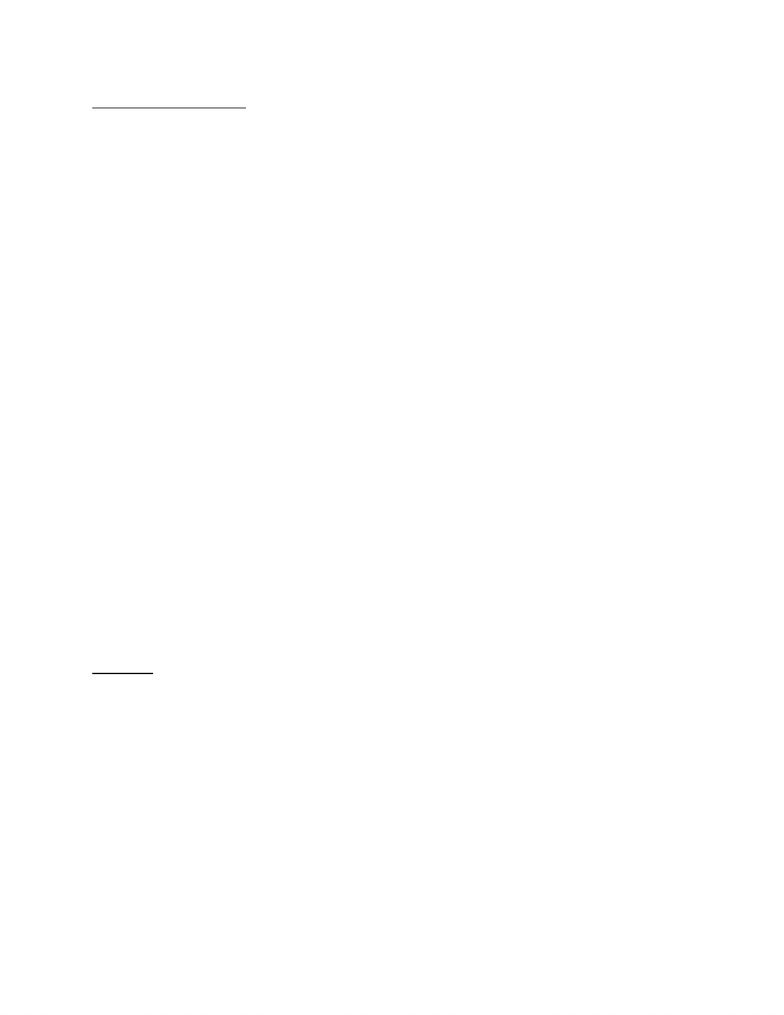 Leprosy – Textbook notes
- 1st objective and scientific appraisal of leprosy came in 1873 with discovery of leprocy bacillus,
mycobacterium leprae by Gerhard Armauer Hansen
- Cousin M. Tuberculosis  like it, is an acid fast bacillus – but in contrast it can’t be grown in tissue
culture and grows very slowly and only in humans, mice and nine-banded armadillos taking two weeks to
divide (TB bacilli takes 12 hours)
- In mouse grows best in footpad (30 degrees C) and 1-10 bacilli can initiate the infection; to get a million
bacilli it takes 5-6 months
- M. Leprae found in 10% of armadillos in Louisiana
- Low infectivity and spectral disease (showing different manifestations)
- Tuberculoid leprosy: localized in skin nodules where bacteria may be abundant and disseminated. Most
patients show this type; develops 1-2 years after exposure. It is associated with severe nerve damage;
involves cell mediated immunity with T-helper cells + Interleukin-2 secretion in Tuberculoid, but since the
bacteria multiplies within Schwann cells that insulate the nerve, there’s damage to the nerves and
anesthesia results
- Lepromatous Leprosy: bacteria macrophages on skin, refigures longer periods (than 2 years) to develop
after exposure. T-helper cells don’t respond to the bacilli-gamma isn’t produced, macrophages are not
activated and consequently the bacteria multiplies within the macrophages. The disease spreads with
multiple organs involvement, leading to facial deformity and blindness. Do have antibodies to M. Leprae
antigens, but they’re not protected.
- Affinity for Schwann cells by M. Leprae is due to the high affinity of the bacterium for a specific region
of the molecule laminen found on the outer surface of these cells; and they adhere to laminen using a
bacterial surface protein called M1p, they invade
Treatment – can be treated
- Dapsone (1940s) controls growth of the bacilli. Mode of action is by interference w/ the synthesis of
bacterial nucleic acids by blocking the conversion of P-aminobenzoic acid to folic acid. Since folic acid is
obtained in human diet, dapsone doesn’t affect the cells of the body
- Mycobacterium bovis BCG vaccination for tuberculosis has had a positive effect reducing incidence by
20- 80%
- 1998, India approved of vaccine called Leprovac; contains heat-killed, fast growing, non-pathogenic
mycobacterium called Mycobacterium W (MW)  shows closest antigenicity of all mycobacterium to M.
Leprae
- Both vaccines may act by triggering release of cytokines that serve to enhance the killing capacity of
www.notesolution.com

French military physician, jean antoine villemin succeeded in transmitting tb to rabbits. Tb found in lungs and lumph nodes of only those that received pus. Villemin"s critic hermann pidoux said consumption in poor was due to condition of poverty including overwork, malnutrition, unsanitary housing; and developed in rich because of laziness, habits of luxury, overeating  organic depletion . German physician robert koch made a presentation to berlin physiological society claiming he discovered the microbe of tb. Anthrax was a problem among sheep (and sometimes humans) in and around wollstein, koch examined carcasses of sheep and in obsessive fashion was able to characterize the germ of anthrax  rod shaped bacterium named bacillus anthracis. Afterwards he found the microbe that caused tb (m. tuberculosis) Microscopic bacillus is colourless and can"t be easily seen with the light microscope making it visible required heating and a special aniline dye (methylene blue)