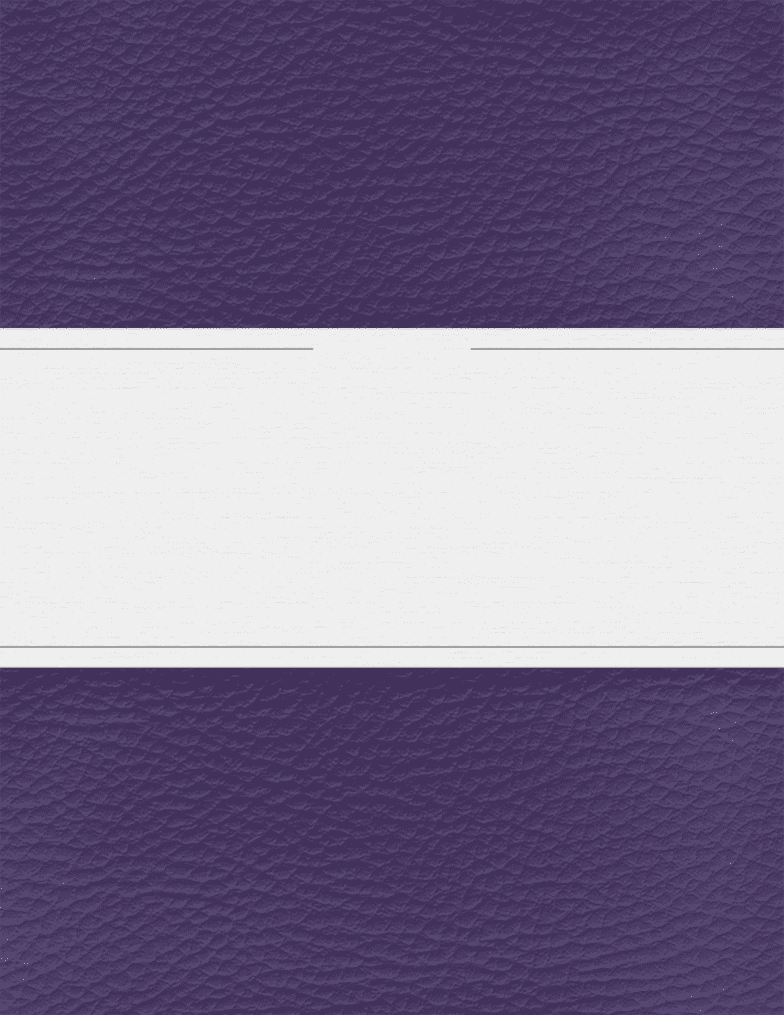 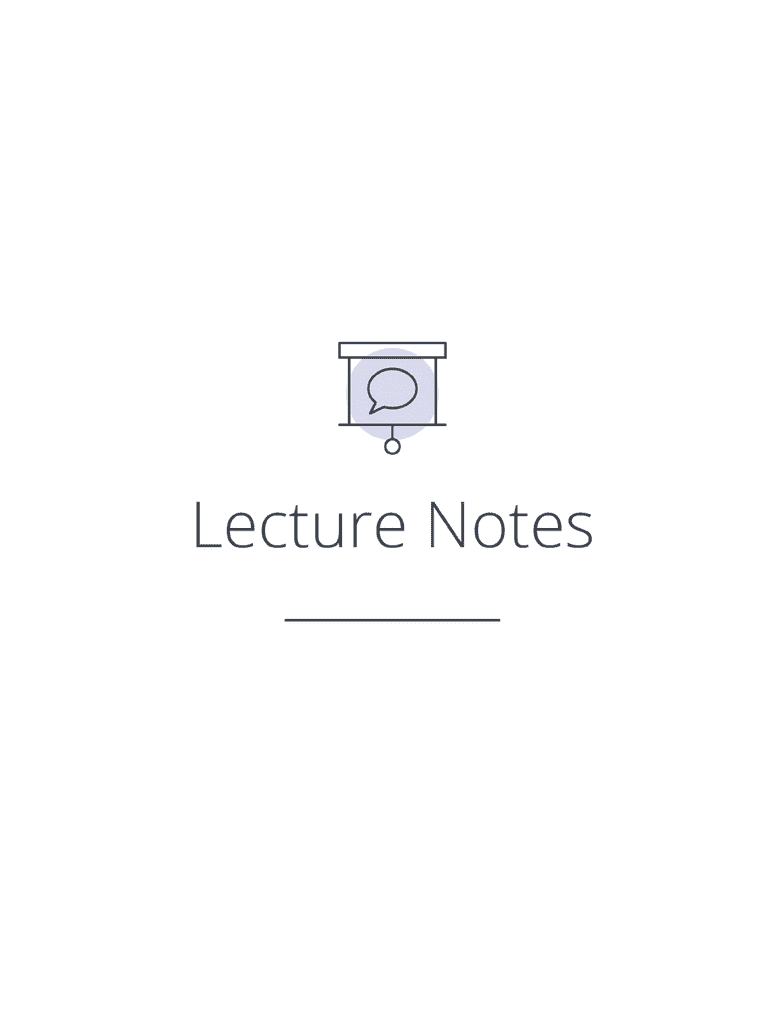 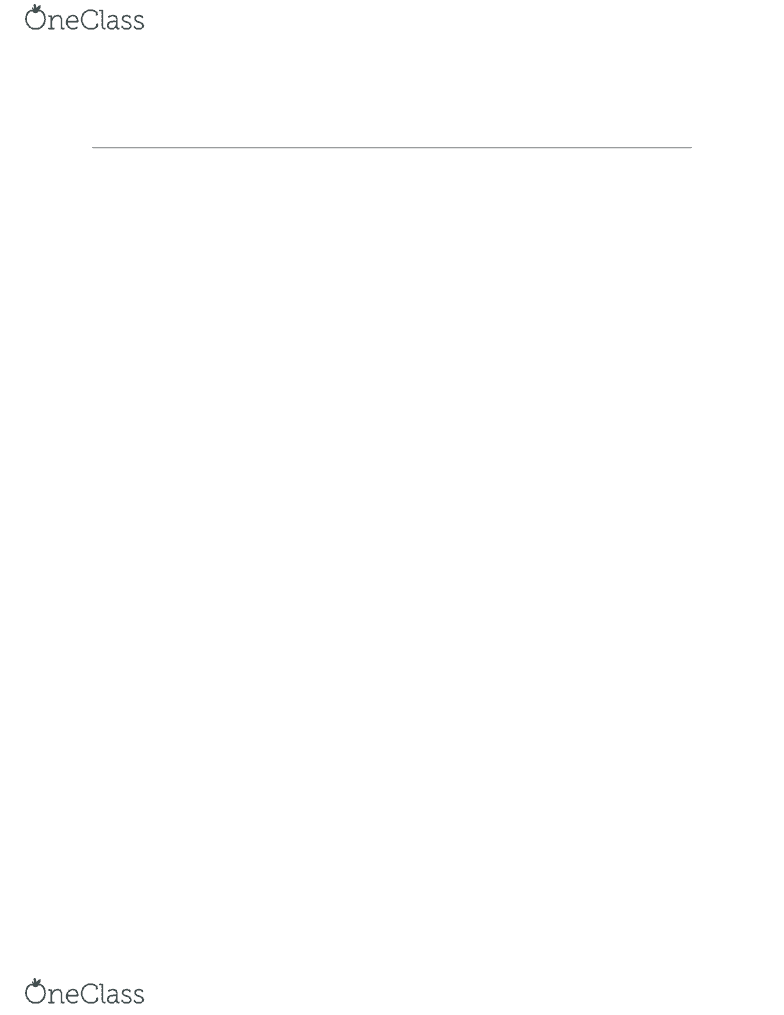 Lecture 1: Introduction — Deﬁnitional and Historical Conditions
What is Abnormal Behaviour? !
-digit span (neuropsychological test)!
•test to determine what your working memory is like, it’s a mental sketchpad, e.g. when
someone gives you their number and you write it in this mental sketchpad !
•someone will say some numbers, you have to say them back in the same order without
writing them down!
-statistical infrequency !
•one way in which we deﬁne abnormality !
•for any task, there will be an average that shows up in a bell curve!
•in digit span, most people will get 5 or 9 and the average is 7!
•if someone gets less than 2 correct, that is statistically infrequent (less than 0.1% of
population) — lots of methods of psychology use this method of comparing someone to
the normative values to see if there is something abnormal going on !
•if someone gets over 12 correct, that is statistically infrequent but you will not lock them
up and put them in an asylum — incomplete way to deﬁne abnormality but it is useful !
-case study!
•Nick, a single 24 year old grocery clerk said he had a problem with shit !
•referred to mental health clinic by counsellor who had been seeing him for 6 months!
•over 3-4 years, Nick had low sexual activity and became sexually frustrated !
•goes to public washrooms, turns oﬀ water to toilets, waits for a man whom he ﬁnds
sexually attractive, waits for man to use toilet, takes the poop home in a bag, warms it and
then plays with it, masturbates to orgasm; once a month — feels guilty and concerned
because this is not socially acceptable !
•homosexual but doesn’t stay in gay bars for too long unless someone approaches him,
limited circle of friends!
•attraction for washrooms since early adolescence and some of his earliest sexual
encounters were in washrooms !
•loner as a kid, socially isolated because he felt diﬀerent from others since he liked boys,
ﬁrst sexual activity was group masturbation at age 10, homosexual activity since age 11 !
•says he is depressed but no associated symptoms of depression, no psychotic symptoms
evident !
•would be diagnosed with a fetish — something inanimate that lets you complete the
sexual response cycle; e.g. watching porn lets you complete the cycle !
-does his situation meet any of the following conditions? !
$1
find more resources at oneclass.com
find more resources at oneclass.com 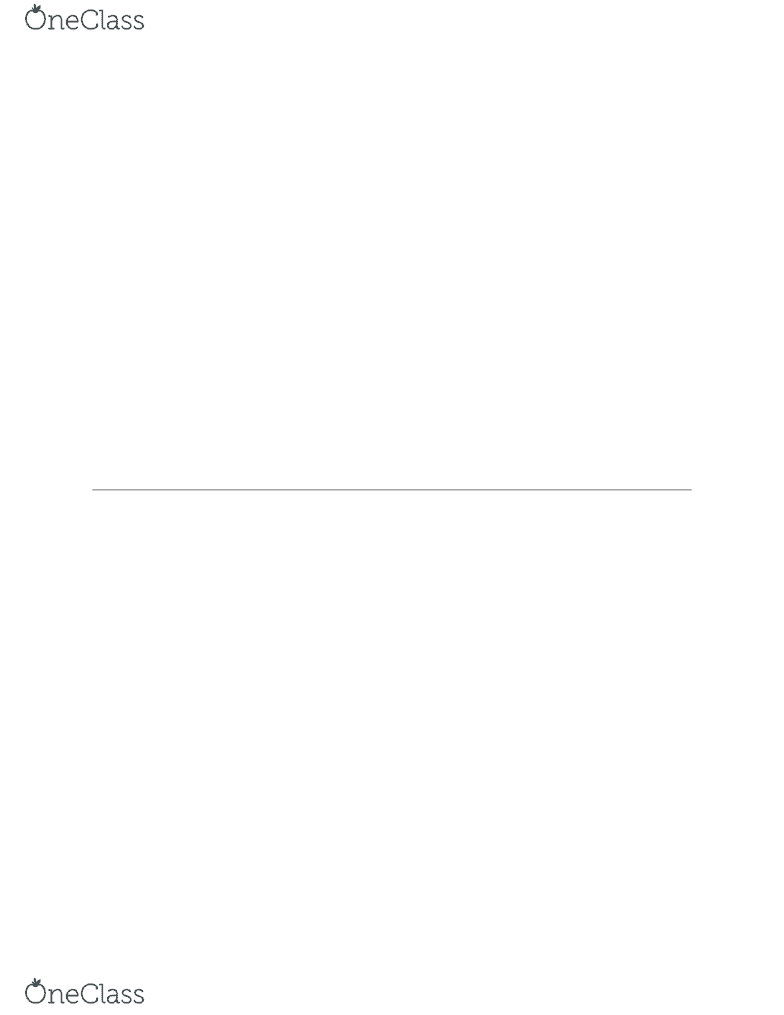 •violation of norms — watching porn is not considered a violation of norms; it’s all relative
but it’s all the same behaviour - using an object to complete the cycle so maybe it isn’t a
violation of norms; have to be mindful of cultural factors (in some countries, this might be
normal, e.g. in some countries, old men marry teenagers) !
•personal distress — he’s being caused distress enough to want counselling; there are
some disorders that don’t cause personal distress but do have the other things - e.g.
psychopaths like Dexter who loved to cut up bodies but he didn’t have any distress since
he liked doing it !
•disability or dysfunction — lots of people have impairments (e.g. being stressed out today
because your dog was diﬃcult to manage) that might cause them to score high on a
depression range but are you disabled by them? - diﬀerence between impairment
(symptom) and whether or not they end in disability, he would’ve been functionally
disabled if he didn’t come to school at all; this is incomplete for Nick because you have to
consider it in an individual context !
•unexpectedness — e.g. someone wakes up scared that they will be broke today but a
homeless person will wake up, thinking the same thing and it will not be unexpected;
depends on the individual context because everyone is unique !
-“because the ﬁeld is continually evolving, it’s not possible to oﬀer a simple deﬁnition of
abnormality that’ll capture it in its entirety; the characteristics presented constitute a partial
deﬁnition, but they’re not equally applicable to every diagnosis” — Davison, Neale,
Blankstein, & Flett!
The Mental Health Professions !
-psychiatrists vs. psychologists !
•psychiatrists usually do use psychopharmacology as ﬁrst treatment !
•psychiatry — engages in clinical interview when it’s time for diagnosis !
•psychologists in some areas do have prescription privileges; multimodal treatments !
•psychologists make an assessment — main strength !
-clinical psychologist/neuropsychologist - Ph.D. or Psy.D. !
-psychiatrist — M.D., prescriptions !
-neurologist — M.D., prescriptions !
-social worker !
-counseling psychologist !
-psychiatric nurse !
-psychotherapist !
-occupational therapist !
-speech language therapist !
$2
find more resources at oneclass.com
find more resources at oneclass.com

Lecture 1: introduction de nitional and historical conditions. What to do with abnormality: early demonology. Demonology people were possessed by demons if they were abnormal. Exorcism get rid of demons in people by making the demon so uncomfortable that it left the body. Trepanning drill hole into an abnormal person"s head to release the pressure the demon had on the person. The rst measure of abnormality and the ultimate no win situation. The brain is the organ of the mind something in the skull that gives rise to di erent kinds of behaviours; rst to say that brain is related to behaviour. The mind is composed of multiple distinct, innate faculties large forehead gives you a larger vocabulary; bigger skull gives you musical abilities. Because they"re distinct, each faculty must have a separate seat or organ in the brain. The size of an organ, other things being equal, is a measure of its power.