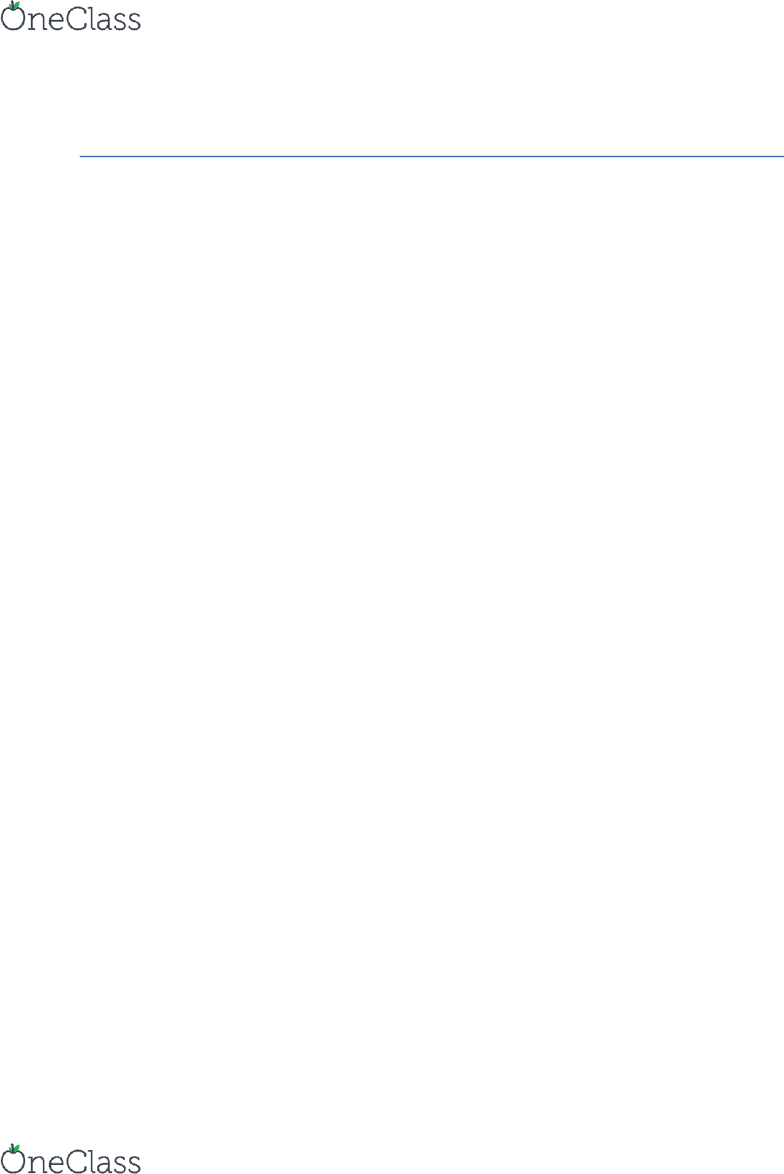 PSYB32: Abnormal Psych Exam Notes
Chapter 11: Schizophrenia
Intro:
Diagnosis of ~ has existed for over a century
More research than any other psych problem
Lifetime prevalence of all psychotic disorders = 3%
Prevalence for schizophrenia is 1%
Real variation across geographic areas; Asian pop’ns have lowest prevalence
Significantly more likely in males
Sometimes begins in childhood, but usually appears in late teens/early adulthood
About 1/3 of those with a schizophrenia-spectrum disorder (schizophrenia, related disorders,
related PDs, etc.) are early onset
Begins a bit earlier for men than for women
10% of those with ~ commit suicide
50% with ~ have a comorbid disorder (including many having depression, anxiety)
Many also have substance abuse (mainly in male schizophrenics)
Comorbidity with OCD is related to a previous history of suicide ideation + attempts
PTSD is also highly prevalent and underdiagnosed among military veteran schizophrenics
Clinical Symptoms of Schizophrenia:
There are no “essential” symptoms out of the huge list so schizophrenics are heterogeneous
Positive Symptoms:
Excesses/distortions such as disorganized speech, hallucinations, delusions
These define acute episodes
Disorganized speech (formally known as thought disorder):
find more resources at oneclass.com
find more resources at oneclass.com

oIncoherence: person may make repeated refs to a central theme, fragments are too
disconnected to understand
oLoose associations/derailment: difficulty sticking to one topic, drifting off on a “train of
associations”. This is similar to loose associations of manic people.
oDisturbances in speech were once regarded as principal symptom of ~
Delusions:
oBeliefs held contrary to reality
opersecutory delusions are common
oover half of those with ~ have delusions
odelusions are also found in mania, delusional depression, and other disorders
ohowever, delusions in schizophrenics are often more bizarre and impossible
Hallucinations and other disorders of perception:
oWorld feels different or unreal, depersonalization
oDifficulty paying attention to goings on around you
oCommon auditory hallucinations that happen more often in ~ than other diagnoses:
Hearing voices arguing
Hearing own thoughts spoken by another voice
Hearing a voice commenting on own behv
Negative Symptoms:
Behavioural deficits that tend to endure beyond acute deficits
Strong predictor of poor quality of life
Associated with earlier onset brain damage (enlarged ventricles) and progressive loss of cog
skills (IQ decline)
Important to distinguish negative symptoms that are really of ~ from those due to other factors
like side effect of meds or from depression
Avolition: lack of energy or interest or inability to persist in what are usually routine activities
Alogia: a negative thought disorder that can take several forms:
find more resources at oneclass.com
find more resources at oneclass.com

oPoverty of speech: little info, vague, repetitive (poverty of content! Not # of words)
Anhedonia: inability to experience pleasure
Flat Affect: virtually no stimulus can elicit an emotional response
oFound in majority of people with ~
oVacant stare, muscles of face flaccid, eyes lifeless
oOnly the outward expression, inwardly they may not be impoverished at all!
Report same amount of emotion; just less facially expressive
Asociality: severly, impaired social relationships
oFew friends, poor social skills, little interest in being with people, shy
oMore childhood social troubles are an early indicator
oDeficits in recognizing emotional cues displayed by others
Other Symptoms that are neither Positive or Negative
Catatonia: motor abnormalities like gesturing repeatedly, flailing limbs, or catatonic immobility:
maintaining an unusual posture for extended amounts of time. These people may also have
waxy flexibility where they can be moved into different positions
Inappropriate affect: emotional responses that are out of context, shifting rapidly in emotions
for no discernible reason.
Both of these symptoms are very rare but also fairly unique to ~
History and Concept of Schizophrenia:
First discovered by Emil Kraplin and Eugen Bleuler.
Kraeplin called it dementia praecox at first (he had came up with 2 major groups of psychoses:
manic-depressive and dementia praecox) Praecox = a common core (an early onset)
and he meant dementia as in mental enfeeblement and not the same dementia that old have
within this he included 3 concepts: dementia paranoids (paranoid schizophrenia), catatonia,
hebephrenia (disorganized schizophrenia)
Bleuler disagree that:
oit did not ahve to be an early onset
odoes not inevitably progress to dementia
find more resources at oneclass.com
find more resources at oneclass.com