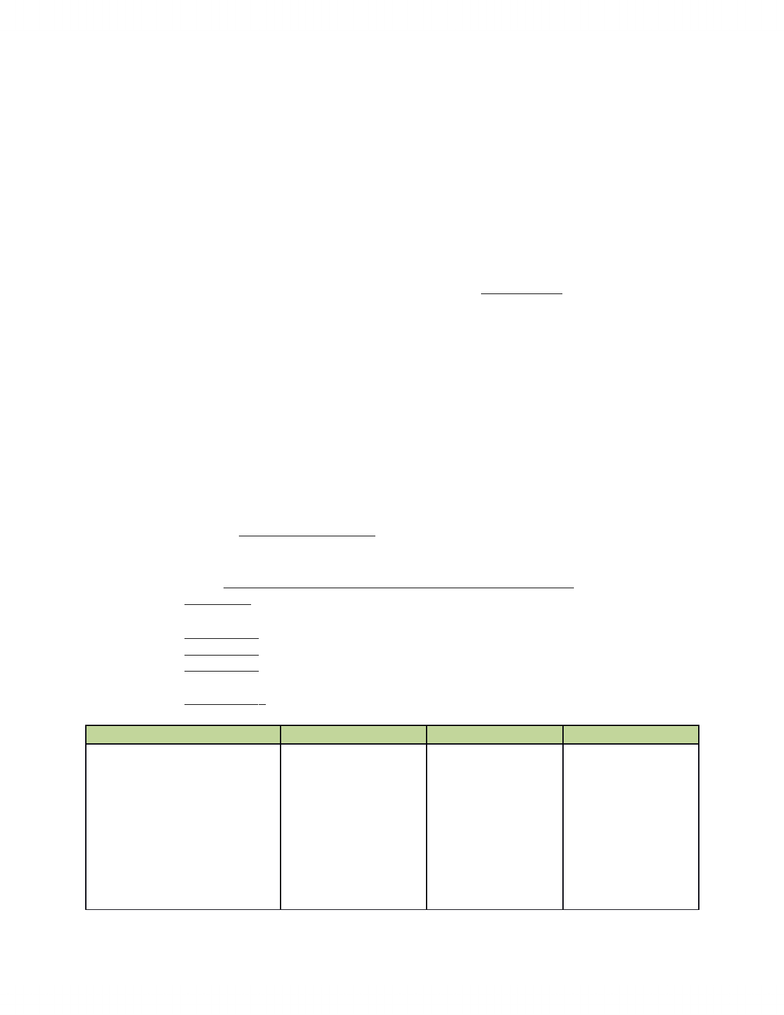 POL214Y Midterm Exam
2010
Midterm Exam Format
Duration: 2 hours (2:10-4 PM, December 7, 2010)
Location: Examination Facility, 255 McCaul St. (Rooms 100 and 300)
Format: Choose 3 out of a selection of 9 questions and write short essays on them
•For each question there are likely to be 3 sub-topics to be discussed
Tips
•Study according to the lecture overviews that Wiseman provides at the beginning of
the lecture
•This exam is to show that you remember what we have talked about
oYou are supposed to describe and explain the significance of the concepts
mentioned in the questions
What are the implications of the topic?
•You should primarily be focused on Brooks- but refer to the texts in Russell if you
want above 90%
•2 Hours, 3 Essays Use your time wisely by sketching out an outline
•TA Paul prefers double-spacing
•Make sure to lay your main arguments out in the introduction paragraph
Weeks 1&2: The Constitution and Constitutional Change
September 14 & 21, 2010
Readings
•Stephen Brooks, “Canadian Democracy” Chapter 5: The Constitution
oAppendix A: “The Constitution Act”, 1867
oAppendix B: “Constitution Act, 1982”
•Peter Russell, “Essential Readings in Canadian Government and Politics”
oReading 9 : Peter Russell, “Canada- A Pioneer in the Management of Constitutional
Politics in a Multinational Society”
oReading 48: “Night of the Long Knives”
oReading 49: Supreme Court of Canada, “Quebec Succession Reference”
oReading 54: Russell, “Constitutional Politics in a New Era Canada Returns to Old
Methods”
oReading 55 : Sujit Choudhry, “Constitutional Change in the 21st Century”
TermsIndividuals/GroupsEventsThemes
*Constitution
*Constitution Act, 1867
*Constitution Act, 1982
*Executive/Legislature/Judici
ary
*Federalism
*Parliamentary Supremacy
*The Amending Formula
*”Living Tree Constitution”
*Supreme Court of
Canada *From
parliamentary
supremacy to
constitutional
supremacy
*Persons Case
(1929)
*Meech Lake Accord
*Charlottetown
Accord (1992)
*Constitutional
Conventions
*Big C vs. Small C
constitutions
*Canada’s Three
Constitutional
Pillars
*Competing
Constitutional
Visions (4)
1
www.notesolution.com
Unlock document 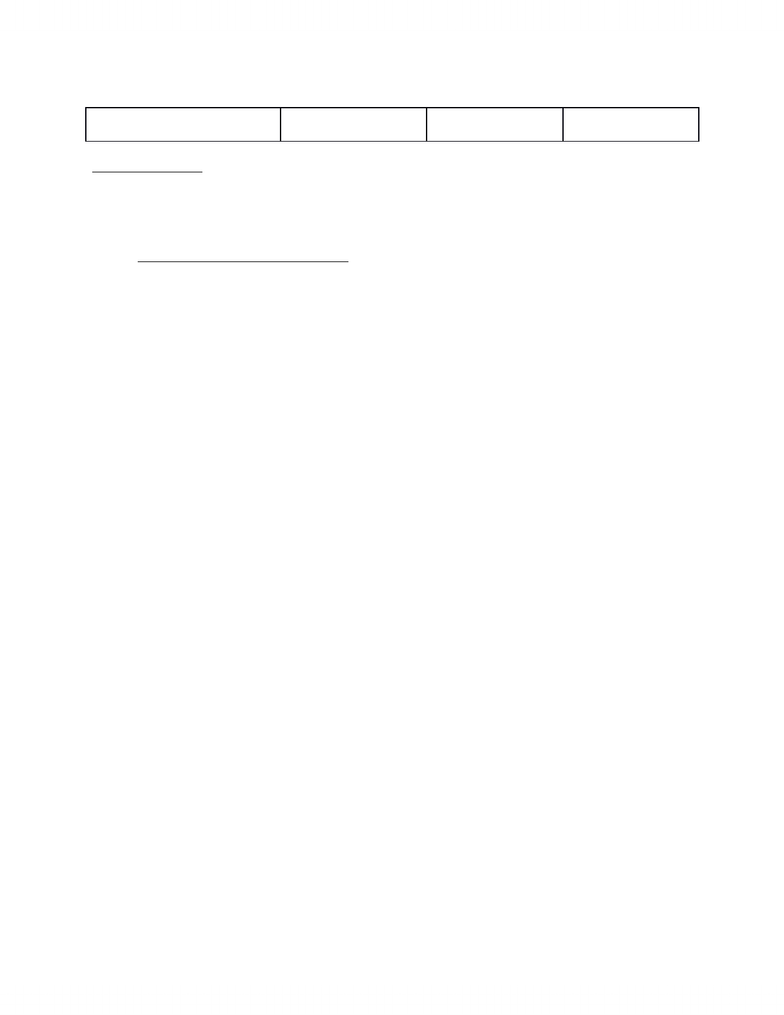 POL214Y Midterm Exam
2010
*Quebec succession
reference (1995)
Lecture Structure
•What is a constitution?
•3 Constitutional Pillars (Responsible Government, federalism and charter rights)
•The difference between Big “C” and Small “C” constitutions (EG What is written vs. what are
considered conventions)
•4 Competing Constitutional Visions :
oPan-Canadian
oFederal-Provincial Ensemble
oDualism
oAboriginal
•The Amending Formula
The Constitution
Lecture 1: September 14, 2010
What is a constitution?
•The governing principles of a country
•An outline of the division of power (executive, legislative, judicial)
oDivisions between levels of government (federal & provincial)
•The supreme law of the land within a given territory, one which guides the formation of all other laws
•A constitution establishes and defines the community
•A constitution is a badge of nationhood- often revised after wars and revolutions
Changing Meanings
•The constitution referred to the rights of parliament during the 19th century
•Over time, it has come to encompass the rights of individual groups
•Constitutions deal with the question of who is in charge and who should rule, but in themselves are not a
guarantee of either protection or even democracy- a country with a well-defined constitution can still have a
dictator or suffer from internal problems
The Role of a Constitution
•It establishes the machine of government
•It embodies the values that form a political culture
•It is shared by the people and shaped by them
•It should link the past, present and future
-The essence of a constitution is how we imagine and perceive its significance as a document
-What is more important: what’s actually written in the constitution or what we think the constitution
should convey? (E.G in terms of conventions not actually written down)
The Canadian Constitution:
There are three pillars which this course will focus upon:
1)Responsible government
2
www.notesolution.com
Unlock document 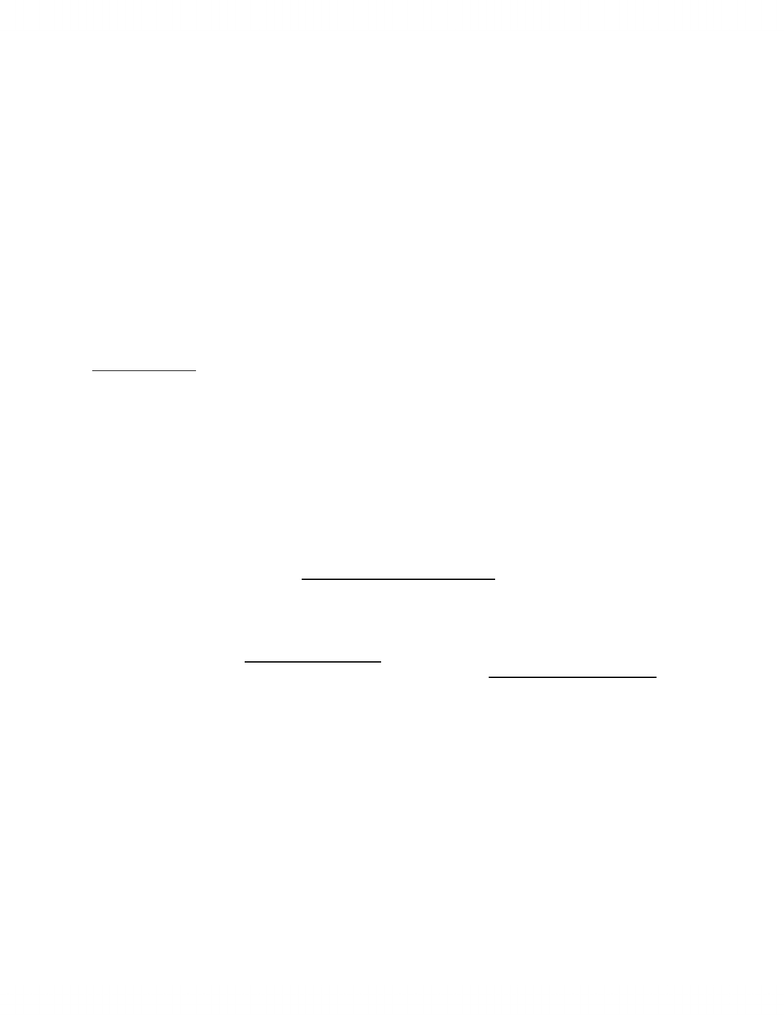 POL214Y Midterm Exam
2010
2)Constitutional Conventions
3)Federalism
Two key documents exist within the larger definition of a Canadian constitution:
1)The Constitution Act, 1867 (Also known as the British North America or BNA Act)
2)The Constitution Act, 1982 (part of the Canada Act that includes the Charter of Rights and Freedoms)
– this does not eliminate or supercede the BNA, but adds to it
-Any laws that are inconsistent with the constitution have no force
-The Charter of Rights & Freedoms actually granted rights to people; before it, the only actual rights were the right
to have a trial in English or French, and the right to have a specific education in either Catholic or Protestant schools
Constitutional Changes
Lecture 2: September 21, 2010
What`s in the News
-A vote regarding the Long-Gun registry (a private members bill to abolish it)
-Which if it passes, only means it proceeds to third reading; however, since the vote failed to pass
(By a 153-151 margin) it will be killed
-The government is looking to expand the number of seats from 308-388, which will come at the expense of
Quebec`s proportion of the seats
The Evolution of the Constitution Continued:
•In the 19th century, the concept of “Parliamentary Supremacy” was prevalent among the separate elements
of British Canada- the legislatures of Canada West, East etc. Dominated affairs within their regions
(Responsible government- 1848)
•When Canada confederated in 1867, the government became federated, leading to two separate levels of
government- a provincial legislature and a federal parliament
•The system became known as a Bifurcated Parliamentary Supremacy after 1867- Canada was not just
united, but also had to re-divide responsibilities that were previously wholly maintained by the provinces
(e.g education became a provincial responsibility but defence became a federal one)
•Canada’s constitution was modelled on the British one but differed because it now had to create and define
responsibilities for two levels of government
•By 1982, the idea of Constitutional Supremacy had taken hold- Canada’s constitution was patriated from
Britain, and the country now had full rights to make laws under the Charter of Rights and Freedoms
•The Charter qualifies and limits parliamentary supremacy- at the same time, the charter also does not
supercede parliament
oThe Charter is used as a standard on which laws are tested, but parliament can still make its own
rules
What’s the Difference between Big “C” and Small “c” Constitutions
•The Big “Cs” are the formal documents – E.G the 1867 BNA Act and the 1982 Charter
oHowever, these formal documents do not contain all the amendments made over time
•Changing Big “C” constitution is a lot harder
•Small “c” constitutions refer to all the constitutional rules- including amendments and judicial rulings that
have changed the character of the constitution
•Included are constitutional conventions (non-codified, but understood and obligatory concepts)
oConstitutional conventions are not enforced by courts, but are important in that they take into
account
3
www.notesolution.com
Unlock document