Midterm #2 Review 30 page review of all articles studied, and major terms defined in the course. Very thorough, and each contributing 7 members received a grade of over 80 on the final exam. 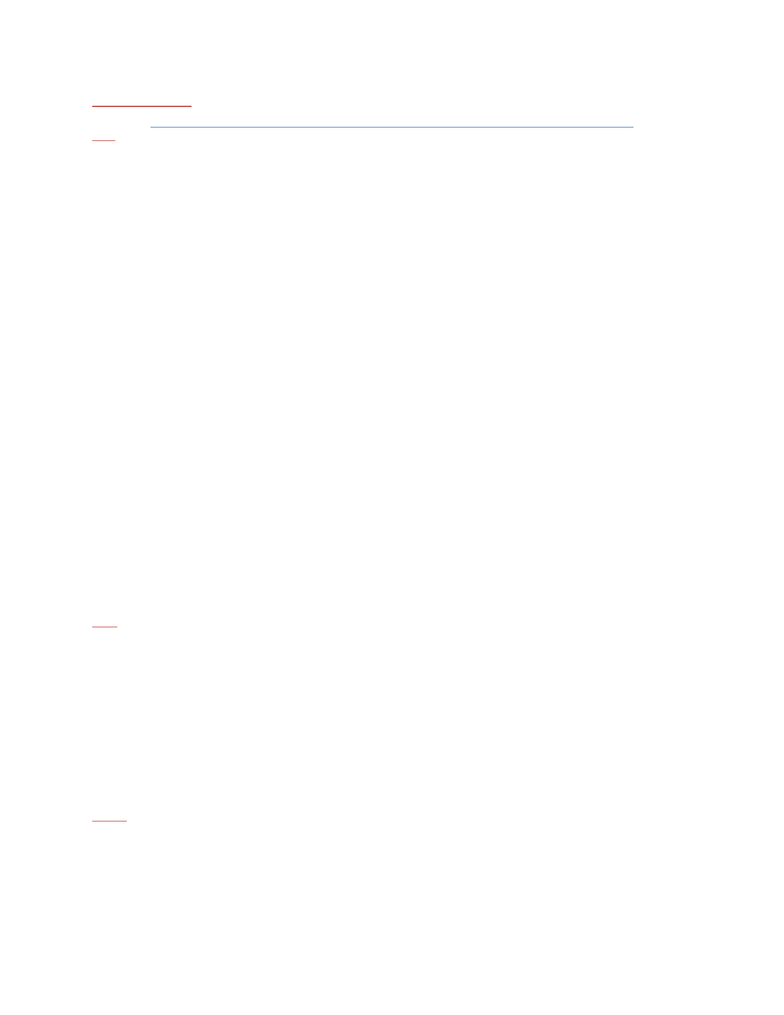 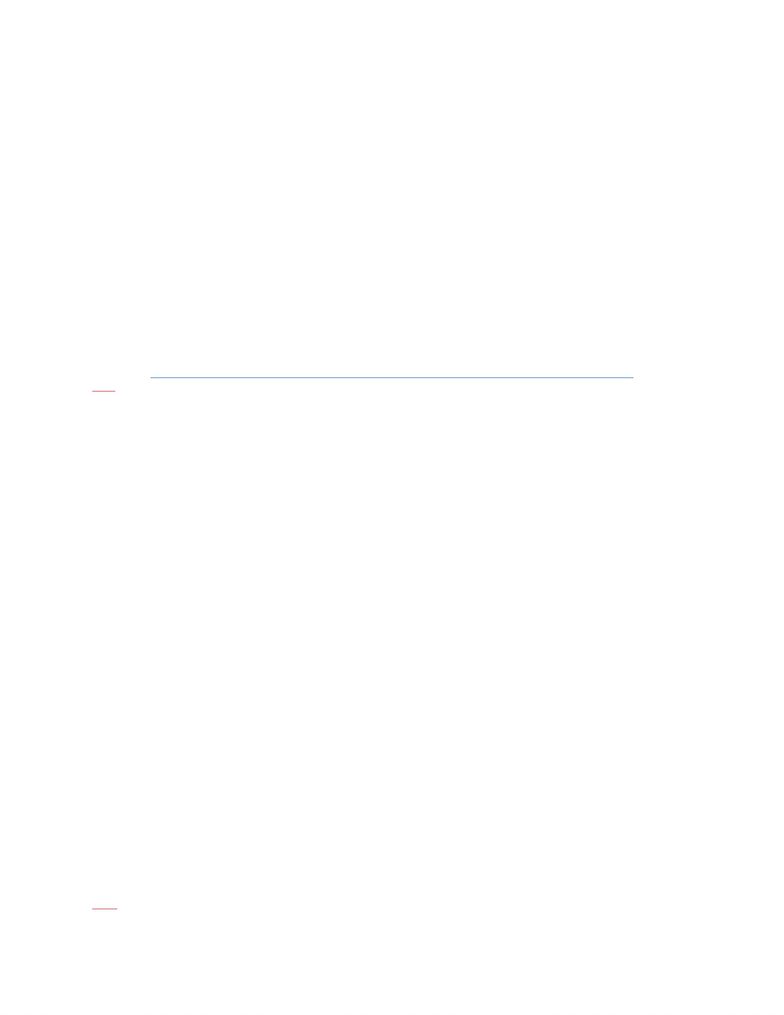 [2]
Risk environments occur in Uganda. Development of a risk environment and increased susceptibility in Uganda has
much to with the growth of ethnic, regional and class differences in Ugandan society. In Uganda, marked divisions
in society became lines of conflict that tore a recently established polity to pieces. Also in Rakai the position of
women, warfare and civil unrest combined to make Rakai into a risk environment. Tanzania – ‗development‘, pop.
Movement and susceptibility
• The first cases of AIDS in Tanzania were reported in the north west of the country, in Kagera region, across the
border from Rakai, in 1982
• Tanzania is a risk environment where rapid change is associated with what is often described as ‗development‘
• Integration of the locality into a system of global relationships affected livelihoods, demography, and people‘s
minds
• Result was that people began to inhabit new niches of risk with increased susceptibility to infection
Rearrangement of people‘s lives also reordered desire and exposure to disease, particularly sexually transmitted
infection. Kilimanjaro. Migrant husbands in town; semi-deserted wives on the mountain; HIV/AIDS – a situation
tragically encapsulating in one storyline the lethal combination of social, personal environment and economic
change, developing risk environment and disease niches DRC A violent history; constant unrest since independence;
a state corrupt to the core: it is hardly surprising that conditions were in place for an epidemic of HIV/AIDS. Gender
relations as well are regulated by retrogressive legislation. Taken together, we once again have important
constituents of a risk environment
2. Sexual Behaviour paradigm
ONE
- Sexual Behaviour Paradigms – focus on supposed sexual behaviour of Africans as main driver of epidemic
- Versions of Paradigm accent:
1. Patriarchy, Marriage and kinship:
 Many other researchers blame the ―exotic‖ nature of marriage and kinship systems prevalent in traditional
African society for the African AIDS crisis
 Proliferations of sexually transmitted diseases and AIDS in both urban and rural settings are thus products
of deeply ingrained promiscuous sexual behavior
 Polygamy is not synonymous with promiscuity
 Polygamy doesn‘t automatically produce rapid transmission of sexually transmitted diseases
 It all depends on marital norms (if you sleep around = risk of AIDS)
 Its argues that patriarchy gives men the incentive to acquire as many wives as possible because of the
values of children as economic assets, and, as such, promotes polygamous behavior outside of marriage
2. Homosexuality and AIDS (the myth of bisexual African Homosexual):
 The mythical male homosexual is bisexual and will be a major source for spreading aids.
 He will have homosexual relations in urban centers and heterosexual relations with their spouses in rural
areas. Creating a high risk, poly partner, poly sexual environment
 This entire theory is established without a thread of evidence, not enough sate for the study.
3. Urban Sexuality:
 Urban sexuality has been blamed for Africa‘s AIDS crisis
 Central to the proliferation of AIDS in urban areas is the widespread nature of prostitutions
 Opportunities for women are considered to be better in urban and rural areas and such opportunities include
sexual strategies for gaining access to economic resources from men.
- Sexual Behavior Paradigm Proponents blame spread of epidemic on ―peculiarities of African sexuality and
reproduction customs, traditions and behaviors and neglect significant factors such as colonial history,
poverty and underdevelopment
- Premises of paradigms are, bluntly put, quite racist or border on racism, or more charitably, suffer from
cultural stereotyping and ethnocentrism
- The result: what they refer to as ―overgeneralization syndrome‖ – assertion of continent-wide
generalizations from limited studies, often based on questionable assumptions
- Instead of unfounded generalizations, what is important is to understand the context in which sexual
behavior may or may not be a driver
- The task is to understand how sexual behavior is shaped by interplay of individual and structural and
environmental factors which vary across time and place
- Sexual Behavior Paradigm and Delayed Reaction to Epidemic by ―encouraging‖ HIV/AIDS denialism
TWO 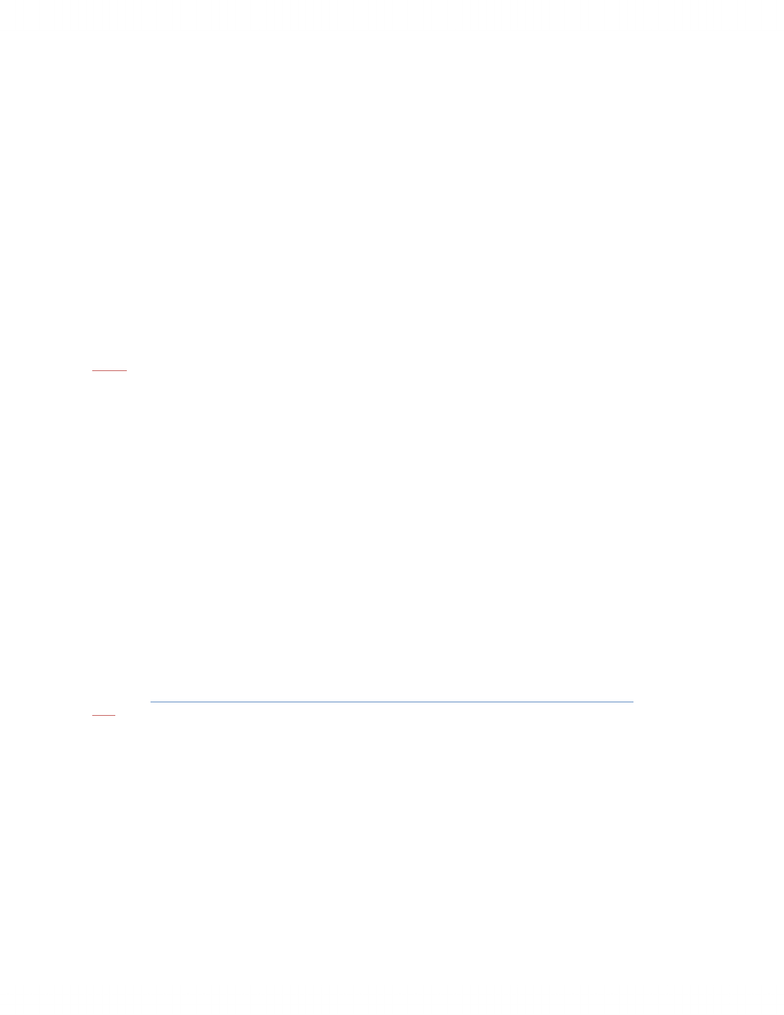 [3]
―Perceptions and Misperceptions of AIDS in Africa‖
Authors: Joseph Oppong & Ezekiel Kalipeni
The idea of sexual behaviour paradigm: The sexual behaviour paradigm can be understood in regards to how
people have been researching sexual behaviour (especially related to AIDS research), and how there‘s a disconnect
between what is being researched (the individual) and what should be taken into account. In other words,
determinants of sexual behaviour should be seen as a function not only of individual and social but of structural and
environmental factors as well.
Explanation: Current knowledge confirms that sexual behaviour, which is the primary target of AIDS prevention
efforts globally, is deeply embedded in individual desires, social and cultural relationships and environmental
processes  so, sex takes place in context. Because of this, sociocultural factors surrounding the individuals must
be considered in designing AIDS prevention interventions. Besides, larger issues of structural and environmental
determinants play a significant role in sexual behaviour. Thus, giving information alone is not sufficient to induce
behavioural change among most individuals.
There has been too much of a focus on individual behaviour and how you can change people individually. This has
undermined the need and capacity of research to understand the complexity of HIX transmission and control. How
so? Because focus on the individual, means that you‘re focusing on the individual psychological process and this
ignores the interactive relationship of individual behaviour with its social, cultural and economic dimensions, and
thus it misses the opportunity to fully understand crucial determinants of sexual behaviour.
THREE
Sexual behaviour paradigm proponents blame the spread of the epidemic on ―peculiarities of African sexuality and
reproduction customs, traditions and behaviours and neglect significant factors such as colonial history, poverty and
underdevelopment.
Premises of paradigms are, bluntly put, quite racist or border on racism or more charitably, suffer from cultural
stereotyping and ethnocentrism. The result is what they refer to as overgeneralization syndrome – which is an
assertion of continent wide generalizations from limited studies, often based on questionable assumptions.
Based on sexual behaviour important driver of HIV epidemic
Sexual behaviour embedded in individual desires, social, cultural and power relations and environmental processes.
Instead of unfounded generalizations, what is important is to understand the context in which sexual behaviour may
or may not be a driver. In other words, the task is to understand how sexual behaviour is shaped by interplay of
individual and structural and environmental factors which vary across time and place.
Sexual behaviour paradigm
• Gould traces the origins of the AIDS epidemic to African monkeys and argues that initial denial by African leaders
in several countries escalated its spread
• Larger issues of structural and environmental determinants play a significant role in sexual behaviour
• Thus, giving information alone isn‘t sufficient to induce behavioural change among most individuals
• Focus on the individual psychological process ignores the interactive relationship of behaviour in its social,
cultural and economic dimensions and thus misses the opportunity to fully understand crucial determinants of sexual
behaviour
• Societal norms, religious criteria, and gender – power relations infuse meaning into sexual behaviour and facilitate
or impede both positive and negative changes
3. Juridical Statehood
ONE
The transfer of sovereignty to African rulers did not change the basis of statehood in Africa. The vision of a
functioning post-colonial Africa is far from reality as can be observed that many of the region's countries possess
juridical statehood but lack empirical attributes. Assuming a Weberian definition of the state, empirical statehood
refers to an administrative organization that enjoys a monopoly on the exercise of legitimate force within defined
territorial boundaries. A number of African political entities lack control over the legitimate exercise of coercion
within their boundaries, but they are nonetheless recognized ("juridical") by the international system as states and
derive significant resources from that recognition.
Even if other indicators of empirical statehood are employed - for example, financial self-sufficiency, leadership of
national political communities, or performance of basic services such as road maintenance - many African political
entities fare poorly. Statehood is not rooted in domestic relations. Rather, in Africa it is sustained by the
international system. The continent's states persist as internationally recognized and funded "juridical entities" or as
"quasi-states" without sufficient domestic bases of support. This post colonial dynamic effectively continues
patterns of statehood that developed under colonialism.

Such conditions create channels, and niches for effective transmission of hiv/aids. They are the intersections of socio-cultural, political, economic and environmental factors that create favorable conditions for the spread of diseases and epidemics in particular places and times. Therein they discuss hiv in the nation as well as the factors that aided in its development. In africa some risk environments, include: uganda, tanzania, congo and south africa. The fact of the matter is that the geographical location of a nation is a major determinant of its position as a risk environment. As differing continental determine the climate of the nation, this largely determines the agricultural system therein, and thus the size of the population. In africa the population density is extremely sparse, as a result infrastructure is insufficient, and services are expensive. Accordingly, this creates an environment of inequality, disorder, *and poverty, being the ideal conditions for the development and sustainability of hiv.

Midterm #1 Review 24 page review of all articles studied, and major terms defined in the course. Very thorough set of notes, will be extremely useful to anyone taking a course on African Politics.

Midterm #1 Review 24 page review of all articles studied, and major terms defined in the course. Very thorough set of notes, will be extremely useful to anyone taking a course on African Politics.