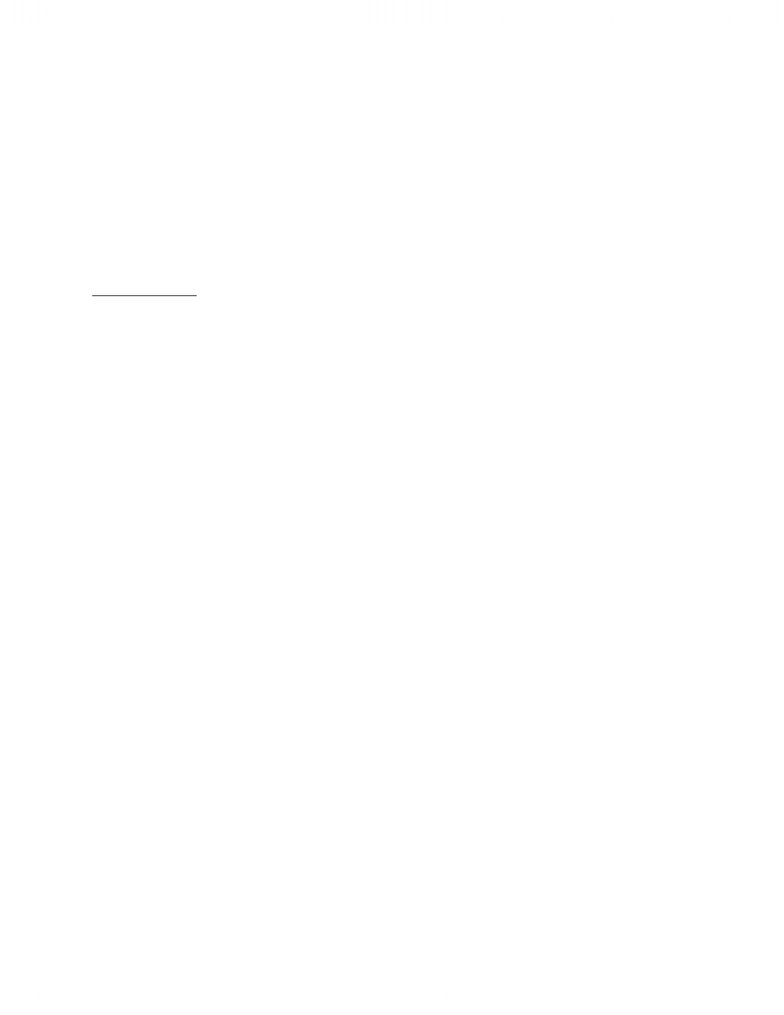 CHAPTER 7: MEMORY
-HM’s seizures: doctors tried removing the temporal lobes (including the hippocampus) to stop the
seizures from spreading throughout the brain. The surgery succeeded in stopping the seizures, but it also
resulted in the patient losing the ability to form new long term memories. The patient could recall old
memories and practises, but now form any new ones. HM did however have the ability to learn new
motor tasks among other things, he just didn’t know it.
-memory = the capacity f the nervous sustem to acquire and retain usable skills and knowledge. Memory
allows organisms to benefit from experience
-to answer questions relating to ourselves, we rely on memories from past experiences
-memories are often incomplete, distorted and biased.
Stages of Memory
-since the 1960s, psychologists have viewed memory as a form of information processing in which
memory processes occur in the same way as they do in a computer. So, from a computer processing
perspective, memory is described as a three-stage memory system, called the modal memory model, that
involves sensory memory, short term memory and long term memory.
-modal means that the model is standard
-sensory memory:
-memory for sensory information that is stored briefly in its original sensory form
-sensory information leaves a trace on the nervous system for a moment and then vanishes
-visual sensory memory is also called iconic memory
-auditory sensory info is called echoic memory
-visual and auditory memories allow us to experience the world as a continuous stream rather
than in discrete sensations
-short term memory:
-is a limited capacity memory system that holds information in awareness for a brief period of
time
-information passes from sensory stores to short term memory (STM)
-this temporary buffer consists of our fleeting thoughts, feelings and impressions of the world
-also called immediate memory
-STM can hold information very briefly and then it disappears unless you actively prevent that
from happening by thinking about the information or constantly recalling it.
-Memory span and chunking: new items interfere with the recall of older items because STM is a limited
resource that can only hold a limited amount of information
-George Miller noted that STM is limited to about seven items (+/-) , including letters, numbers
or concepts
-it is easier to remember meaningful units
-organizing information into meaningful units is called chunking (breaking down info into
chunks)
-the more efficiently you chunk information, the better you remember it.
-the ability to chunk information relies on our long term memory system
-Working memory: recall the STM is simply a buffer in which verbal information was rehearsed until it
was stored or forgotten. STM is not a single storage system, but it is an active processing unit that deals
with multiple types of information (like sounds, images and ideas)
-Alan Baddeley developed a model of a three-part active memory system called working
memory.
readings for midterm 2
www.notesolution.com
Unlock document 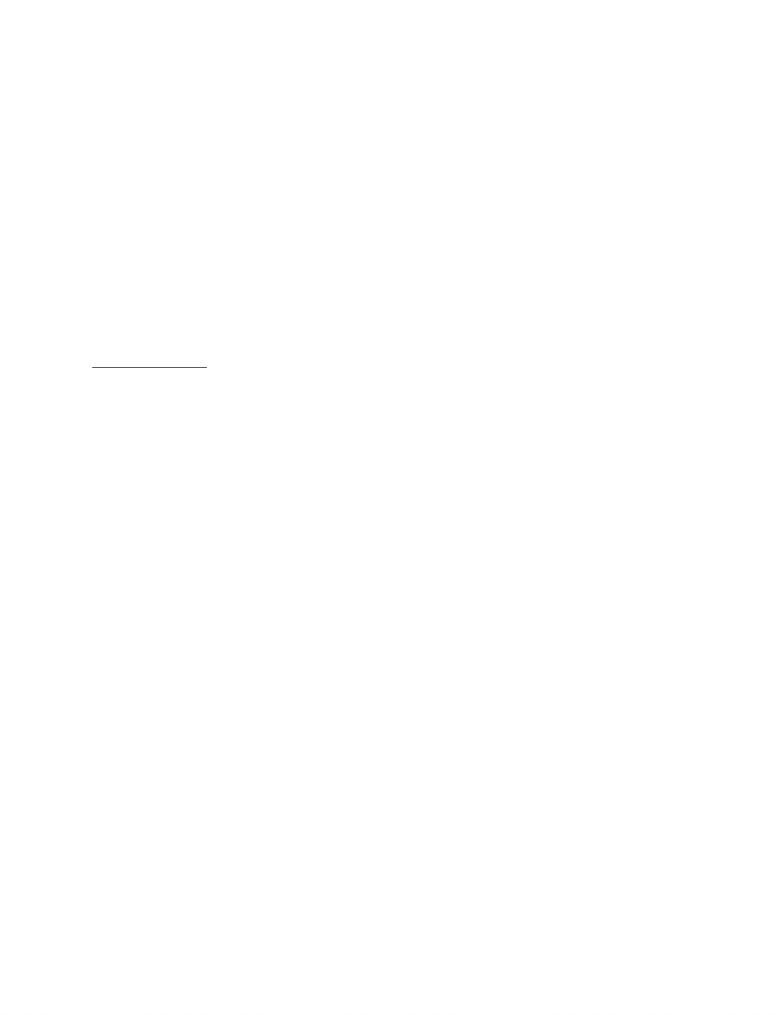 -working memory is an active processing system that keeps different types of information
available for other activities at present (like problem solving, reasoning and comprehension)
-there are 3 components of working memory:
1. central executive: interactions between the subsystems and long term memory. It encodes
information from the sensory systems and then filters important information that needs to be
stored in long term memory. Then, as needed, it retrieves information from long term memory. It
relies on the temporary hold of auditory and visual information.
2. phonological loop: encodes auditory information and is active whenever you read, speak or repeat
words to yourself to remember them. Words are processed in working memory by how they
sound rather than what they mean
3. visuospatial sketchpad: processes visual information (like an object’s features and where they are
located).
*Patients with brain damage might have difficulty remembering spatial layouts but be okay
remembering words, or the opposite. This means that STM consists of more than simply an all
inclusive buffer *
Long Term Memory
-LTM is the relatively permanent storage of information
-human LTM is nearly limitless
-LTM is different from STM in 2 ways: duration and capacity.
-psychologists researched whether LTM and STM are 2 separate systems, The research was at an
individual level of analysis where patients had to recall long lists of words. The ability for a patient to
recall words on the list depended on order of presentation: items presented early or late in the list are
remembered better than those in the middle. This is called the serial position effect. The serial position
effect involves the primacy effect (in a list, the better memory for items is presented first) and the
recency effect (in a list the better memory is for words presented late in the list)
-to explain the serial position effect, we rely on the distinction between the STM and LTM. As people
study the long list, they rehearse the earliest items the most and that information is transferred into the
LTM. The last few items, however, are in the STM. This means that primacy effects are due to LTM and
recency effects are due to the STM.
-There is a controversy about the recency effect in the STM because for example, it’s easier to remember
your most recent class better than the classes you had last week, even though you are not holding the
material in the STM. This means that the recency effect on its own does not prove that STM and LTM
are different types of memory storage.
-To show a better distinction between LTM and STM, we’ll look at the biological level of analysis and
the case study of HM. HM was able to transfer new information from STM into LTM. LTM can be
dissociated from STM, but the two memory systems are highly interdependent. For ex, to chunk
information in STM, people need to form meaningful connections based on stored info in the LTM.
What gets into LTM? there has to be a type of filtering system or a series of rules that constrains what gets
into our LTM. Information gets into the LTM by rehearsing (over-learning; rehearsing the material many
times and going over it leads to improved memory). Studying for short periods of time is called massed
practise (cramming) and is proved to be inefficient compared to studying over long periods of time
(distributed practise). Information that helps us adapt to the environment is transferable from STM to
LTM. We receive tons of sensory information every day, but we want to store information that is useful.
By storing useful information, organisms can benefit from experience. Evolutionary theory helps explain
how we decide in advance what information will be useful. Memory allows us to use information in a
way that assist in reproduction and survival. (ie recognizing a predator, remembering which objects are
edible)
readings for midterm 2
www.notesolution.com
Unlock document 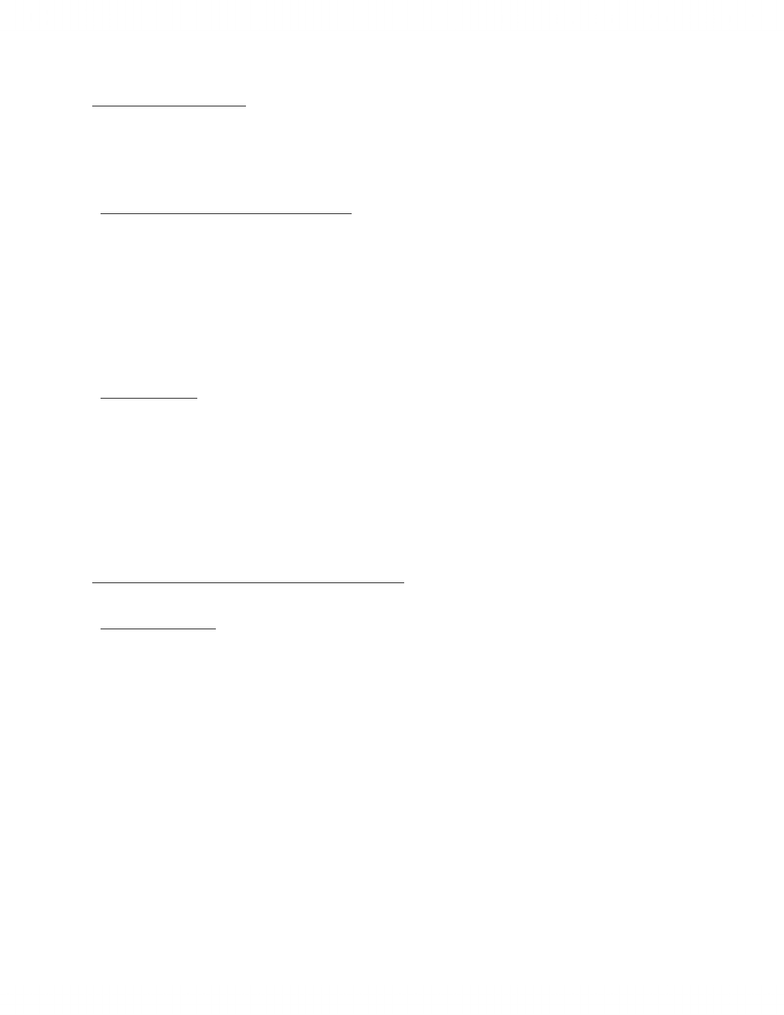 Different Memory Systems
-late 1970s-80s, psychologists argue that memory is a process that involves many interacting systems.
The systems share a common function - to retain and use information - but they also encode and store
different types of information in different ways. Some memory tasks have a behavioral component,
some integrate motor and perceptual skills etc.
-Explicit Memory involves a conscious effort: most basic distinction between memory systems is
between those for which we consciously remember and use information and those for which memory
occurs without conscious effort.
-Explicit memory: the processes involved when people remember specific information. The information
retrieved in explicit memory is called declarative memory ( the cognitive information that is retrieved
from explicit memory; it is knowledge that can be declared). Note that explicit memory refers to the
PROCESS of memory and declarative memory refers to the CONTENT of memory
-Endel Tulving introduces a further distinction in explicit memory: Episodic memory refers to memory
for one’s personal past experiences. Semantic memory represents one’s knowledge of trivial/important
facts about the world (unrelated to personal experiences)
-to prove that episodic memory and semantic memory are distinct systems, look at cases of brain
injury in which semantic memory is intact and episodic memory is injured.
-Implicit Memory: this is the process by which people show without deliberate effort and without any
awareness that they are remembering something. For example, brushing your teeth or remembering how
to get to class. This occurs because of classical condition => daily actions have past associations.
Implicit memory does not require attention, it happens automatically.
-an example of implicit memory is procedural memory (aka motor memory) which involves basic motor
skills and behavioural habits (usually to achieve a goal).
-many of of our attitudes are formed through implicit learning (ie you like someone because he/she
reminds you of another person you already like; exposure to brand names influences our purchasing
decisions)
-implicit memory is involved in repetition priming, which is the improvement in identifying or
processing a stimulus that has been previously experienced.
How is Information Organized in Long Term Memory?
-memory are stored in an organized fashion - in a temporal sequence and in an organizational framework
-Temporal Sequence: recall that memory is a process that involves sotring new information so that it is
available when it is later required. Memory is divided into 3 processes:
1. encoding: this is the processing of information so that it can be stored. Here, our perceptual
experiences are transformed into representations (or codes) which are then stored. IE our visual
system sees a shaggy four legged animal, and our auditory system hears barking. So, we can
identify it as a dog. The concept of a dog is a mental representation for this category of animals.
2. Storage: this is the retention of encoded representations over time that correspond to a change in
the nervous system that registers the event. Stored representations are referred to as memories.
Memores represent visual information.
3. Retrieval: the act of recalling stored information in order to use it. This often involves an explicit
effort to access the contents of memory storage, but is is also implicit (like when you remember
the name of an acquaintance) = retrieval is involved in both explicit and implicit memory
systems.
-Long Term storage is based on meaning: memories are stored according to meaning. The more deeply
an item is encoded, the more meaning it has, and the better it is remembered. Different types of rehearsal
lead to different encoding. Maintenance rehearsal involves repeating the item over and over again.
Elaborative rehearsal involves encoding the information in more meaningful ways (like thinking about
it, and linking it to knowledge). With the example of a list, words that are processed at the deepest level
readings for midterm 2
www.notesolution.com
Unlock document

Hm"s seizures: doctors tried removing the temporal lobes (including the hippocampus) to stop the seizures from spreading throughout the brain. The surgery succeeded in stopping the seizures, but it also resulted in the patient losing the ability to form new long term memories. The patient could recall old memories and practises, but now form any new ones. Hm did however have the ability to learn new motor tasks among other things, he just didn"t know it. Memory = the capacity f the nervous sustem to acquire and retain usable skills and knowledge. To answer questions relating to ourselves, we rely on memories from past experiences. Memories are often incomplete, distorted and biased. Since the 1960s, psychologists have viewed memory as a form of information processing in which memory processes occur in the same way as they do in a computer.