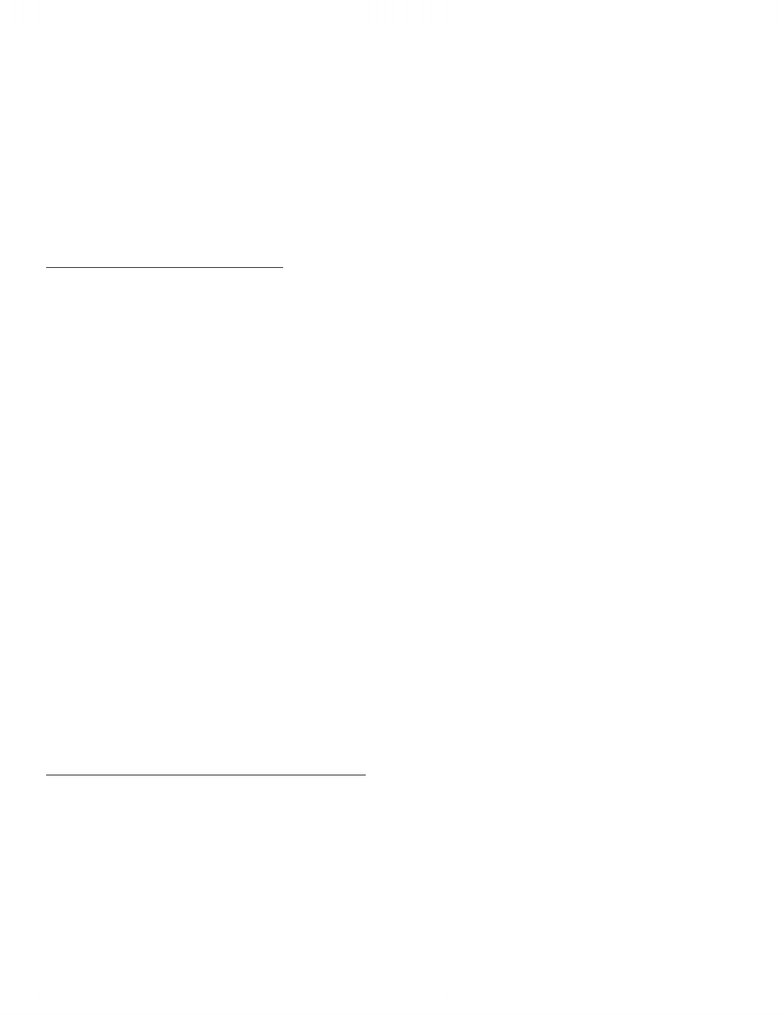 Ch. 11: Human Development Across the Life Span
TL;DR = too long; didn’t read = a summary of above points
Development (def.) the sequence of age-related changes that occur as a person progresses from
conception to death
−Divided into 4 periods, prenatal, childhood, adolescence and adulthood
Progress before Birth: Prenatal Development
Zygote: one-called organism formed by the union of a sperm and an egg
Prenatal period: extends from conception to birth, usually encompassing nine months of pregnancy.
The Course of Prenatal Development
3 phases: germinal stage (first 2 weeks), embryonic stage (2 weeks to 2 months) and the fetal stage (2
months to birth)
Germinal Stage
Def: the first phase of prenatal development, encompassing the first two weeks after conception
−After zygote is formed, rapid cell division begins within 36 hours, and the zygote becomes a
microscopic mass of multiplying cells
−This mass of cells migrates along the mother’s fallopian tubes to the uterine cavity
−On the 7th day, the cell mass implants itself in the uterine wall, which takes about a week. At this
point, many zygotes are rejected (about 20% of pregnancies end w/ the woman not even aware that
conception has happened). During implantation, the placenta begins to form (def: a structure that
allows oxygen and nutrients to pass into the fetus from the mother’s bloodstream, and bodily wastes
to pass out to the mother)
Embryonic Stage
Def: second stage of prenatal development, lasting from two weeks until the end of the second month
−Most of the vital organs and bodily systems begin to form, such as the heart, spine and brain
−About 2.5 cm long, it’s already beginning to look human
−Most miscarriages and major structural birth defects are due to problems that occur during this stage
Fetal Stage
Def: third stage of prenatal development, lasting from two months through birth
−First two months bring rapid bodily growth (muscles ‘n’ bones), which allows the fetus to physically
move. Organs continue to grow and begin to function. Sex organs begin to develop during the 3rd
month.
−During the final 3 months of the prenatal period, brain cells multiply briskly. A layer of fat is deposited
under the skin , and the respiratory and digestive systems mature.
−B/w 22-26 weeks (age of viability), the baby can survive in the event of a premature birth. Eventually,
probability of survival climbs steadily past 23 weeks until it reaches 85% at 26-28 weeks
Environmental Factors and Prenatal Development
Maternal Nutrition
−Prenatal malnutrition may have negative effects decades after a child’s birth ex. low birth weight is
associated with an increased risk of heart disease and diabetes in middle adulthood
Maternal Drug Use
−Most drugs consumed by a pregnant woman can pass through the membranes of the placenta (and all
“recreational” drugs are can be harmful to the fetus)
−Fetal alcohol syndrome (def.): a collection of congenital (inborn) problems associated with excessive
alcohol use during pregnancy. Problems include microcephaly (small head), heart defects, irritability,
hyperactivity and delayed mental and motor development. FAS is the most common known cause of
Unlock document 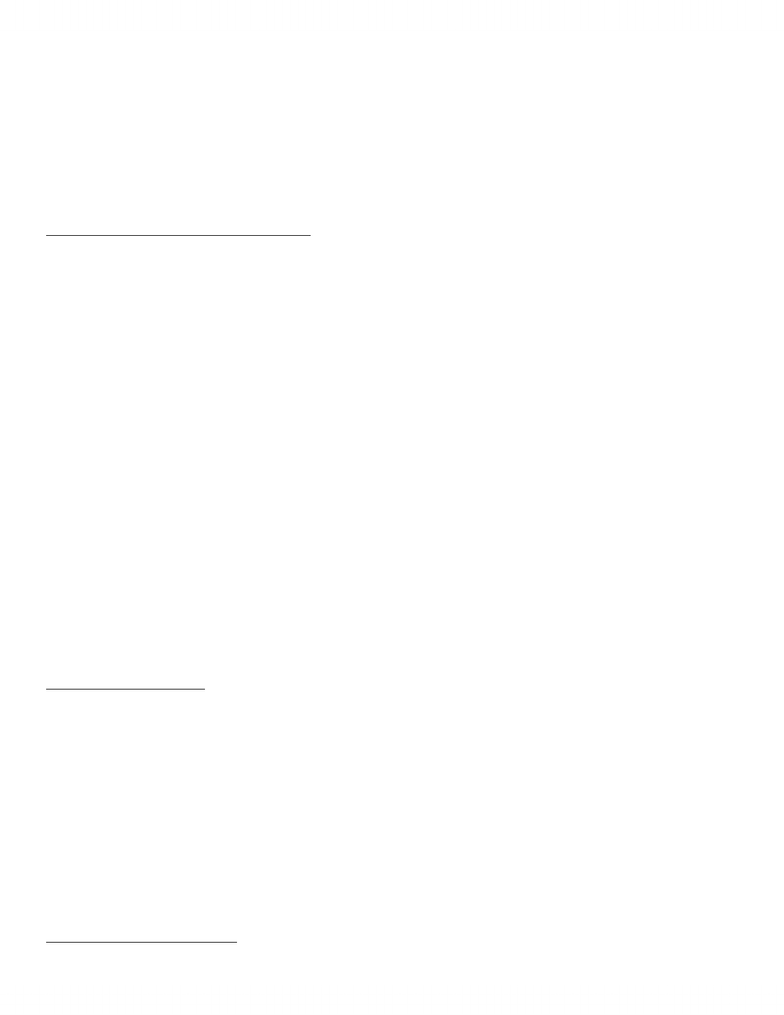 mental retardation and linked to a multitude of problems during childhood, and criminal behaviour
later on.
−Tobacco use during pregnancy reduces flow of oxygen and nutrients to the fetus  increases a
mother’s risk for miscarriage, stillbirth and sudden infant death syndrome
Mental Illness
−Fetus is defenceless against infections b/c its immune system matures late in the prenatal period,
thus, many maternal illness can interfere w/ prenatal development
The Wondrous Years of Childhood
Exploring the World: Motor Development
Motor development: progression of muscular coordination required for physical activities
Basic Principles
Cephalocaudal trend (def.): the head-to-foot direction of motor development
−Children gain control over the upper part of their body before the lower part
Proximodistal trend (def.): centre-outward direction of motor development
−Children gain control over their torso before their extremities
−Infants grow to roughly triple their birth weight during the first year, while height increases by about
45%
Maturation: development that reflects the gradual unfolding of one’s genetic blueprint
−Instead of waiting for their brain and limbs to mature, the driving force behind motor development is
infants’ ongoing exploration of their world and their need to master specific tasks
Understanding Developmental Norms
−Developmental norms: indicate the median age at which individuals display various behaviours and
abilities
Cultural Variations and Their Significance
−Cultural variations in the emergence of basic motor skills demonstrate that environmental factors can
accelerate or slow down early motor development. Still, the similarities across cultures in the timing of
early motor development shows the huge role of maturation in EMD.
−Later motor development depends less on maturation, and more on experience
Easy and Difficult Babies
Temperament: characteristic mood, activity level, and emotional reactivity
−Temperamental individuality is well established by the time the infant is 2-3 months old (or around
age one or two, depending on the study)
−40% were easy children, 15% were slow-to-warm-up children, 10% were difficult children and the
remaining 35% showed mixtures of the 3
−There is no fixed determinism b/w an infant temperament and what that child will become 20 years
later. (Kagan)
Longitudinal design: where investigators observe one group of participants repeatedly over a period of
time.
Cross-sectional design: where investigators compare groups of participants of differing age at a single
point in time.
Early Emotional Development
Unlock document 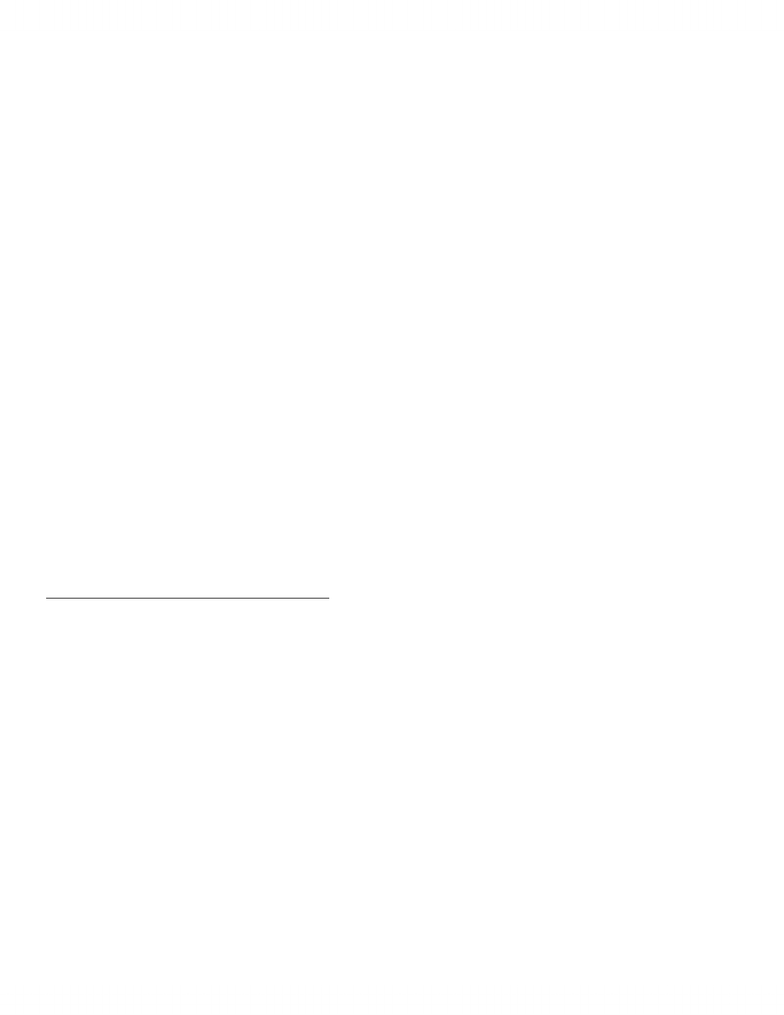 Attachment: close, emotional bonds of affection that develop b/w infants and their caregivers
−The mother is the infant’s first important attachment, due to her principal caregiver role
Separation anxiety: emotional distress seen in many infants when they are separated from people with
whom they have formed an attachment. Generally peaks at around 14-18 months, then declines.
−John Bowlby argues that there is a biological basis for attachment (see Harlow’s infant rhesus monkey
studies), and that infants are biologically programmed to be cute, which makes adults feel protective
and affectionate towards them.
Patterns of Attachment
−Responsive attachment figures usually end up with a secure attachment (a more well-adjusted child),
while unresponsive ones either ended up with an anxious-ambivalent attachment (pleading, clinging)
or avoidant attachment (child maintains proximity while avoiding close contact). A 4th attachment,
disorganized-disoriented attachment characterizes children who are confused about whether they
should approach or avoid their mother, and are insecure.
−Quality of the attachment relationship will affect the child’s internal working models of the dynamics of
close relationships
Daycare and Attachment
−Babies who receive nonmaternal care for more than 20 hours per week have an increased risk of
developing insecure attachments to their mothers. However, daycare has beneficial effects on
children’s social development.
Culture and Attachment
−Attachment is a universal feature of human development (w/ some cultural variations)
Evolutionary Perspectives on Attachment
−Parent-child attachments make crucial contributions to a child’s ability to mate and reproduce by
fostering social and emotional development in children
Becoming Unique: Personality Development
−Freud: claimed that personality is firmly laid down by age 5
Stage: a developmental period during which characteristic patterns of behaviour are exhibited and certain
capacities become established
−Stage theories assume that: 1) individuals must progress through specified stages in a particular order
b/c each stage builds on the previous stage, 2) progress through these stages is strongly related to
age, and 3) development is marked by major discontinuities that usher in dramatic transitions in
behaviour
Erik Erikson’s Stage Theory
−Partitioning of the life span into 8 stages, each of which brings a psychosocial crisis involving
transitions in important social relationships. Each person is shaped by how they deal with these
psychosocial crises. Each stage is not an either-or result, but a balance b/w opposing polarities.
Trust vs. Mistrust
−Encompasses 1st year of life
−If the infant’s basic needs are taken care of well, the infant develops a trusting attitude. If not, then a
more distrusting, pessimistic person may result.
Autonomy vs. Shame and Doubt
−Encompasses 2nd and 3rd years
Unlock document