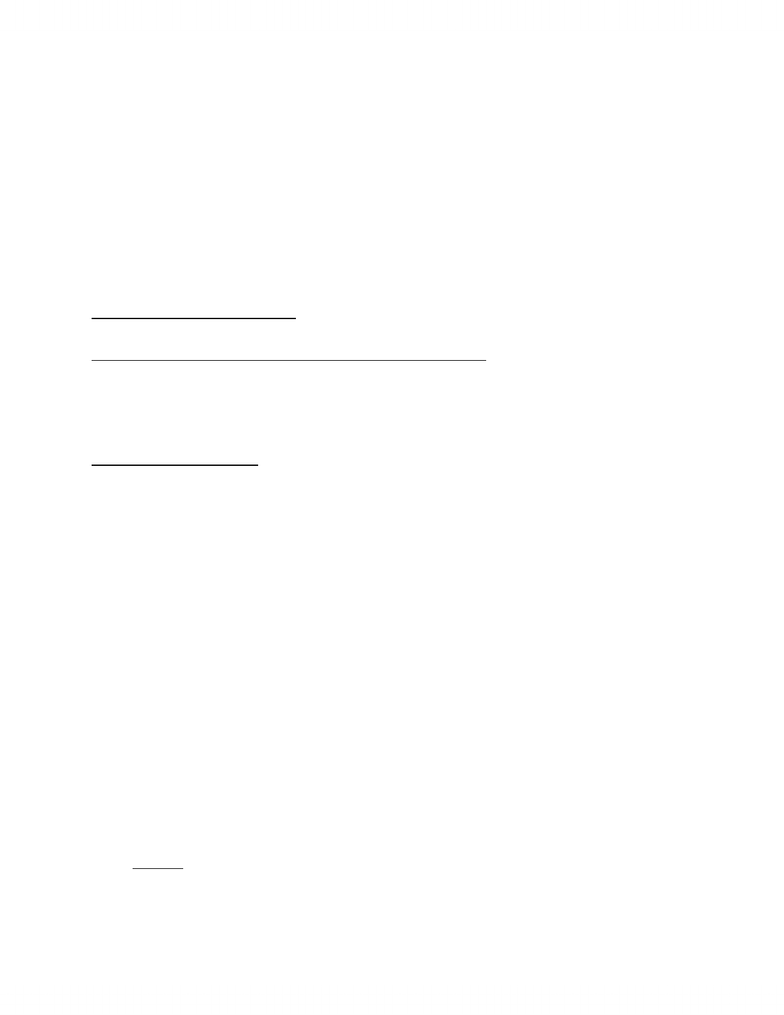 PSY100- Ch.1- Introduction to Psychological Science
•Psychological science is the study of mind, brain, and behaviour
oMind- mental activity such as thoughts and feelings. Perceptual experiences that you have while
interacting with the world (sight, smell, taste, hearing, and touch). Memories etc.
oBrain- mental activity such as biological processes (action of nerve cells associated with chemical
reactions)
It is the physical brain that enables the mind
oBehaviour- wide variety of actions that occur in organisms
•First theme is that research on mind, brain, and behaviour has accumulated overtime to produce the
principles of psychological science.
•Second theme: a new biological revolution of profound significance is in progress at the dawn of the
21st century: bringing with it a deeper understanding of the human mind and behaviour:
oUnderstanding brain chemistry : the brain works through the actions of chemicals known as
neurotransmitters, which communicate message between nerve cells.
oProgress in understanding the influence of genetic processes : scientists have been able to map out
the human genome (basic genetic code for human body), and have developed various techniques
that allow them to discover the link between genes and behaviour
Mapping out the human study how specific genes affect thoughts, actions, feelings and
various disorders.
oStudy the working brain: can study the brain as it performs its vital psychological functions.
How the cells operate in the brain to influence behaviour has been studied with increased
effectiveness.
Can now address some central questions of human experience: how different brain regions
interact to produce perceptual experience
•Third theme: mind has been shaped by evolution
oEvolutionary theory- the brain has evolved over million of years to solve problems related to
survival and reproduction
oNatural selection- Darwin’s theory, those who inherit characteristics that help them adapt to
their particular environment have a selective advantage over those who do now
oAdaptations- (evolution) physical characteristics, skills, abilities that increase the chances of
reproduction or survival and are therefore likely to be passed along to future generations
oBuilt- in mechanisms assist in solving recurring problems that faced out ancestors over the course
of human evolution.
oOur evolutionary heritage encourages us to eat foods that had survival value when food was
relative scarce (high calorie)
Rather than being adaptations, such behaviours can be considered by-products of adaptive
solutions to earlier adaptive problems.
oHumans are dependent on group-living.
culture which refers to the beliefs, values, rules, norms, and customs that exist within a
group of people who share a common language and environment various aspects of culture
are transmitted from one generation to the next.
Many of these cultural rules reflect adaptive solutions that have been worked out by
previous generations.
www.notesolution.com
Unlock document 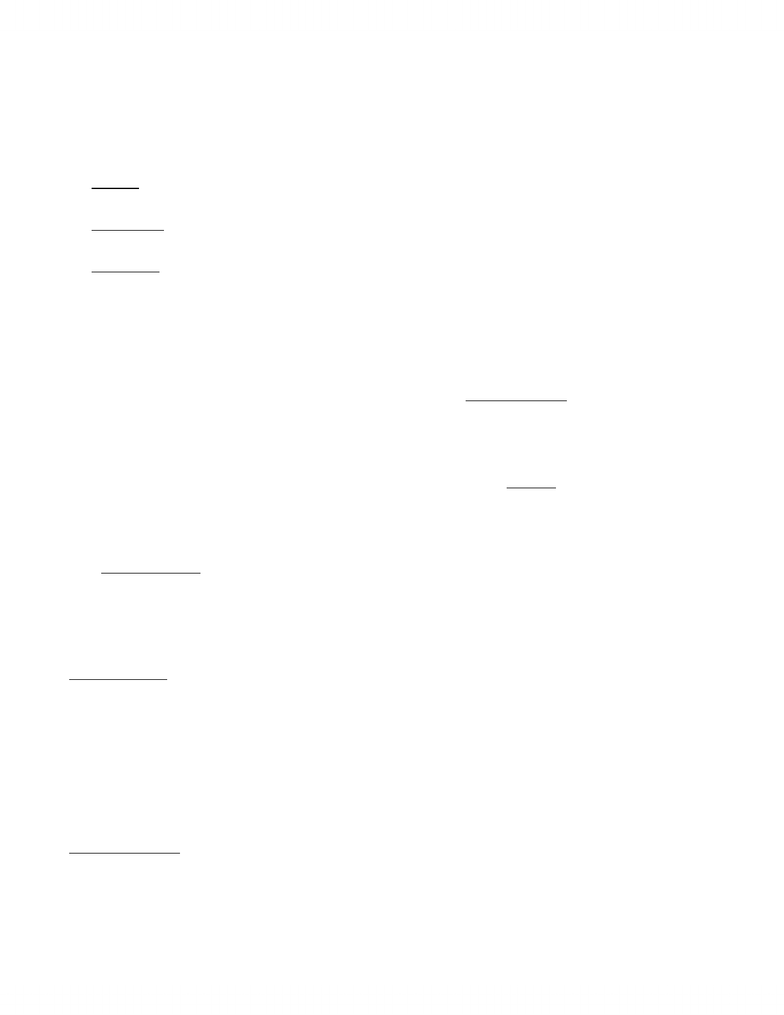 Relationship between culture and behaviour  important to consider behavioural
phenomena in their cultural context.
Human mind is adaptive in both biological and cultural terms, providing solutions to
survival and reproductive challenges as well as a strong framework for a shared social
understanding of how the world works
•Fourth Theme: mind and behaviour can be studied on many levels of analysis:
oSocial- examination of how cultural and social contexts affect the ways people interact and
influence each other
oIndividual- individual differences in personality and mental processes that concern how we
perceive and know our worlds
oBiological- how the physical body contributes to mind and behaviour, such as neurochemical and
genetic processes that occur with the body and brain
•Nature-nurture debate- whether r not psychological characteristics are biologically innate or
acquired through education, experience and culture.
•Mind-body problem- whether the mind and body are separate and distinct, or whether the mind is
simply the subjective experience of the physical brain.
oDualism- mind and body were separate yet intertwined (Rene Descartes)
Rational mind, controlled volitional action, divine and separate from the body
Mental functions such as memory and imagination were result of bodily functions
oNatural Selection- the process by which random mutations in organism that are adaptive are
passed along and mutations that hinder reproduction are not. (Darwin)----Survival of the fittest
•Introspection- systematic examination of subjective mental experiences that required people to
inspect and report on the content of their thoughts
oWanted to measure the speed at which the brain functioned/ how long mental processes took
(WilhelmWundt)
•Structuralism- conscious experience can be studied when it is broken down into its underlying
components or elements.
oUnderstanding basic elements of consciousness would provide the scientific basis for
understanding the mind
•William James - mind could not be broken down into elements, because it is much more complex
oMind consisted of a continuous series of thoughts that are ever changing (stream of
consciousness)
oFunctionalism- concerned with adaptive purpose, or function of mind and behaviour
•Gestalt theory- the whole personal experience is different from simply the sum of its constituent
elements. (the whole is different from the sum of its parts)
oThe mind perceives the world in an organized fashion that cannot be broken down into its
constituent elements
•Sigmund Freud- unconscious is mental processes that operate below the level of conscious
awareness.
oBelieved unconscious mental forces were often in conflict which produced psychological discomfort
oPsychoanalysis- trying to bring the contents of unconsciousness into conscious awareness
•Behaviourism- role of environmental forces in producing behaviour.
PSY100- Ch. 2- Research Methods
www.notesolution.com
Unlock document 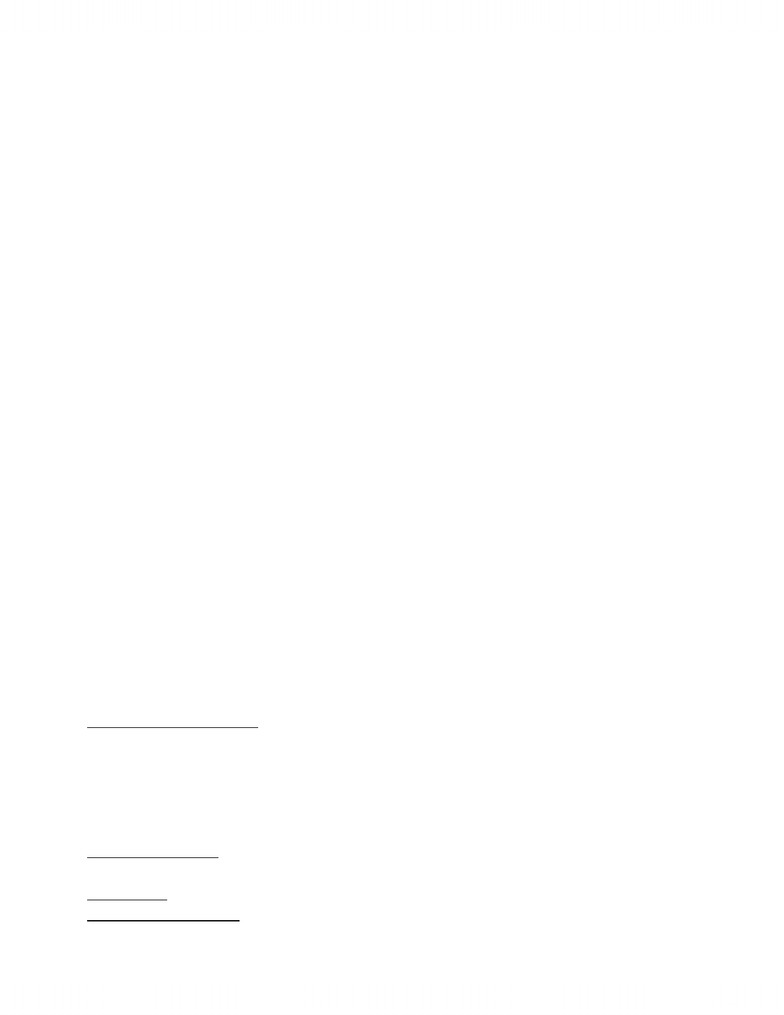 •Theory- an idea of how something in the world works
•Hypothesis- a specific prediction of what should be observed if the theory under consideration is
correct
oThere must be research, which involves the systematic collection of data
•Three types of studies: experimental, correlational, and descriptive
•Experiment- a study where both variables are measured and manipulated. One variable is
manipulated in order to examine how it affects a second variable.
oBenefit is that it allows the researcher to study the causal relationship between two variables
oControl refers to the steps that are taken to minimize the possibility that anything other than the
independent variable may have been affecting the outcome of that stud
oConfound- anything affecting a dependent variable that may unintentionally vary between the
different experimental conditions of a study
oThe only way to ensure equivalency of groups is to use random assignment in which each
potential research participant has an equal chance of being assigned to any level of the independent
variable. (so that selection bias does not occur)
•Correlational study- examines how variables are naturally related in the real world, without any
attempt by the researcher to alter them
oThird-variable problem- possibility that some extraneous factor is responsible for the apparent
relationship between your variables
Cannot directly manipulate the independent variable and therefore cannot be confident that
it was the actual cause of difference in the dependent variable
oDirectionality problem- Does reduced stress lead to longer and better sleep, or does sleep reduce
people’s stress levels?
•Descriptive studies- involves observing and noting the behaviour of people or other animals in order
to provide a systematic and objective analysis
oNaturalistic observation- observer is apart from and makes no attempt to alter or change the
situation
oParticipant observation- the researcher is involved in the situation
oDescriptive techniques are valuable in early stages of research, when trying to see whether a
phenomenon exists
•There are several methods of collection data:
oObservational techniques- careful and systematic assessment and coding of overt behaviour
Should the study be conducted in the lab or in the natural environment?
How should the data be collected?
Should the observer be visible? Reactivity- observation may alter behaviour being observed
Observer bias- refers to systematic errors in observation that occur due to an observer’s
expectations
oSelf-report method- people are asked to provide information about themselves
Common problem to asking-based methods is that people introduce biases in their answers
oCase study- intensive examination of one person, typically one who is unusual
oResponse performance- researchers quantify perceptual or cognitive processes in response to a
specific stimulus
Researcher can measure reaction time, the speed of the response
www.notesolution.com
Unlock document