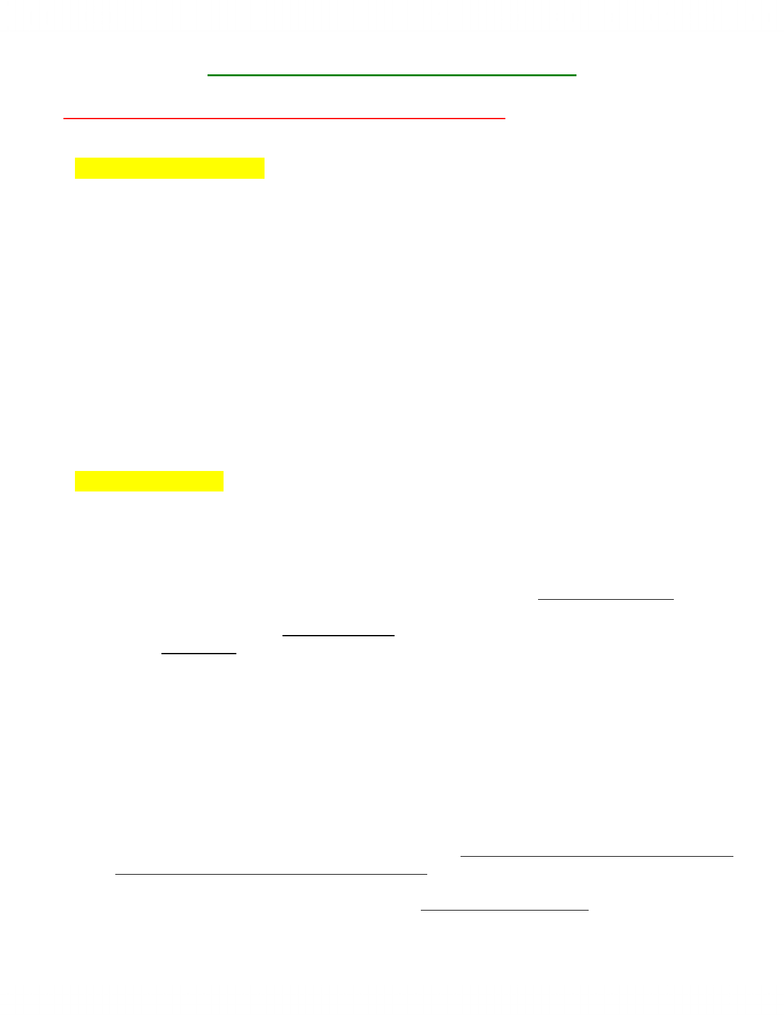 1
NATS1760 FINAL EXAM REVIEW
I. TOPICS FOR SHORT ANSWER QUESTIONS (6 OF 8)
1. Features of the 1st Industrial Revolution
A. New Energy Sources
 With an increase in population in England, came a scarcity in land. As a result, energy sources
like wood became extremely expensive as they grew scarcer – the price grew 5-10 times
higher than it had in the past.
 As a result, we see new things: a shift from renewable energy sources to non-renewable
energy sources.
o Renewable energy sources like wood were increasingly being replaced by non-
renewable sources like oil and coal.
 I.e., it’s coal that is used in the steam engine and when using steam power.
 Why do we call certain kinds of energy sources renewable and some non-renewable? You can
replant/regrow trees, but with these non-renewable energy sources, once you use it, that’s it.
 Increase in energy consumption – more people, therefore more goods being produced.
o What is the end result of this increase in energy consumption?
 Pollution – the industrial age was one of the filthiest time periods in history.
 During industrialization, the rapid rise came with unsanitary conditions, which
means that disease and filth were rampant in many area of life
B. Factory System
 The introduction of factories was a very gradual process. We often see that factory methods of
producing and manufacturing goods went alongside traditional methods.
 What makes a factory setting so different from a traditional setting where products were being
made?
o Prior to the rise of factories, most goods were produced on a much smaller scale (i.e., in
small areas or households). But factories are in essence a very large-scale area were
manufacturing and production happens under one roof
o An increase in the use of machinery for manufacturing and producing goods
o Wage labor
 One of the very first factories in Europe was created by the Arkwright family
 Many things were produced within the factory setting (i.e., textiles – like cotton)
 In some factories, the greatest number of workers was mainly comprised of children (as young
as 4, 5 and 6). Children were cheap and easy to control. But more importantly, children were
young and small and could access areas that adults could not. They also did many of the
dangerous tasks, and operating dangerous equipment. There was also a greater number of
women working within the factory setting as well.
 The general laborers working in the factory has a very difficult kind of life. Laborers weren’t
necessarily working the standard 8-hour shift. They would often work around 12+ hours/day.
 Laborers grew very resentful to this kind of work and lifestyle. Factory work increasingly
required less skill than traditional labor. So we see a transition from highly skilled work, to the
increasing use of semi-skilled to unskilled labor. In addition, there was resentment amongst
factory workers because they often did not see the benefits/rewards of this increase in
manufacturing/production. With the increase, wages remained stagnant, which also led to
resentment amongst the laborers.
Unlock document 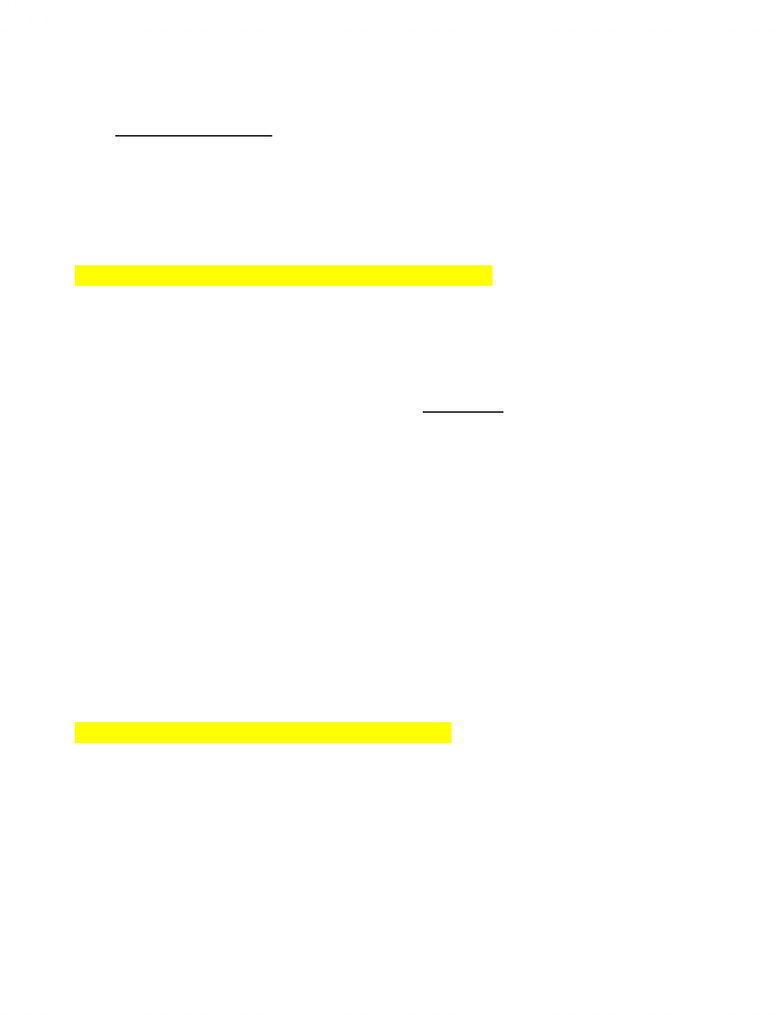 2
 Laborers were also resentful of clock-time. With the rise of the mechanical clock during the
Scientific Revolution, the clock was valued amongst laborers, but as we get into the Industrial
Revolution, this will change, and laborers will become resentful of the fact that every part of
their day was heavily regulated according to the minutes and seconds of the clock.
 1799 Parliamentary Act – makes it illegal for workers to unionize in hopes of bettering their
work conditions. The reason for this is that factories were bringing about economic prosperity
for the country. England was growing in both prestige and power during this time, and didn’t
want to disrupt this process. Therefore, for the most part, laborers were ignored in terms of
their demands.
 Development of institutions alongside factories – jails and schools – which were the elements
of social control
C. Industrialization and New Methods of Financing
 Historically, factories were financed through trades like sugar and laborers. However
overtime, this is going to change. Increasingly, we see new kinds of financial institutions. Prior
to the age of industrialization, we see countries/areas like the Amsterdam who were very
instrumental in developing new kinds of financial institutions. England too developed their
own stock exchanges and financial institutions like banks.
 The successes of countries like England were in large part facilitated by the fact that these
countries were engaged in a process known as colonization in other parts of the world. This
era of colonization involved European countries going to places like North America, Africa, and
Asia and essentially asserting social, economic and political control over other countries.
England’s primary colony during this time was India, but Canada also started as a colony.
 The colonies provide 2 very important things for the home country:
o Raw materials: England would receive its raw materials required to produce and
manufacture goods within the factory setting
o Consumer base: within the colony, there were large groups of people who would
purchase the goods produced in the factory. We see this idea of sustained economic
production.
 The negative impacts of colonization – when a country was colonized, it often prevented the
colony from industrializing themselves. One of the most famous sayings in England during this
time was that it’s better to keep India agricultural, rather than mechanical. A lot of the colonies
were therefore prevented from industrializing through economic policies (i.e., the protective
tariff was placed on India during this time – goods that were produced in India were more
heavily taxed than goods produced in England, making them more expensive, and therefore
less likely to be bought than the goods produced in the home country)
D. Changes in economic and political ideology
 Economic:
o Mercantilism (economies are state-controlled and free trade is restricted in order to
help boost exports and increase the state’s resources) vs. open markets and free trade
o 1776 – Adam Smith’s Wealth of Nations is published which argues for laissez-faire
capitalism – a more free trade economy associated with capitalist ideas. This was a very
different idea than that protectionist idea posed on countries during this time
 Political:
o Karl Marx spent much of his time traveling to the different factories and making note of
the discontent of the workers. He eventually proposed that workers would never get
their fair share, and they’ll never see the benefits of industrialization until they took
over the means and modes of production (i.e., equipment, factory) that the owner
Unlock document 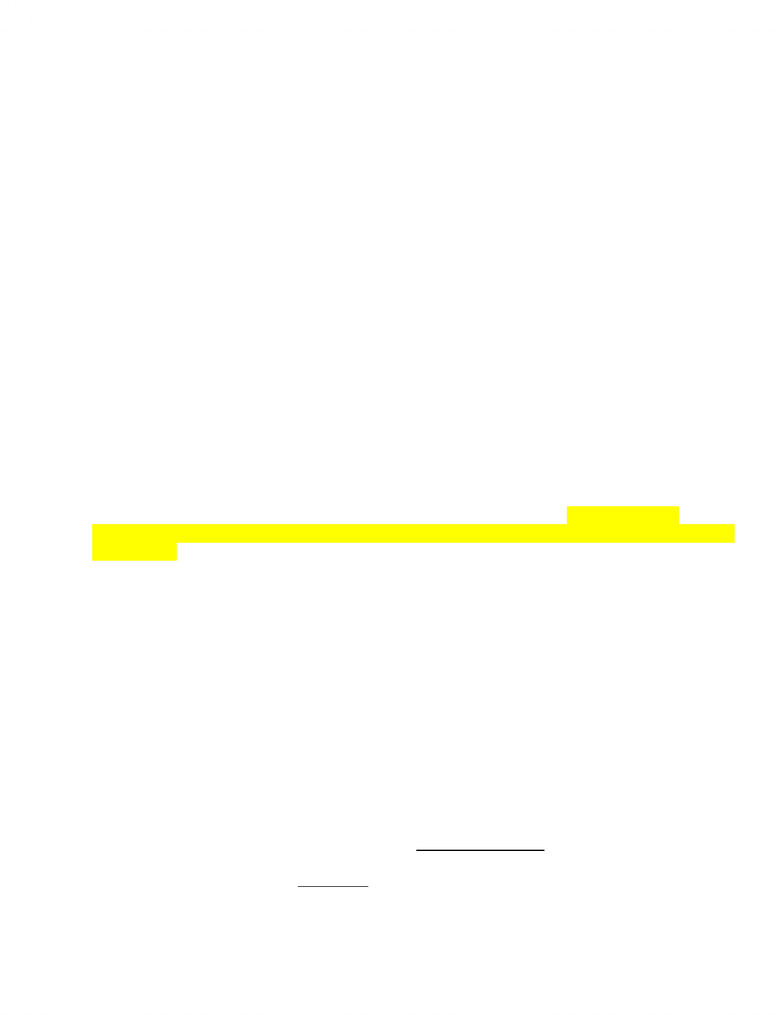 3
themselves were in control of. He believed that the only way of creating a more
egalitarian society is if the workers themselves controlled things, and not the owner.
o Marx noted that this kind of class struggle could be violent, and this class struggle will
become the foundation of Marx ideology, and the foundation of socialism and
communism to follow.
2. Patents (rise of techno-science industries)
 The key feature of the industrial age is the rise of the new Techno-science based industries
which began to immerge during this period of time
 Techno-science industry – an industry that will begin to use scientific knowledge in the creation
and application of new goods/technology. In other words, they’re industries that require some
kind of scientific knowledge to produce an actual good. Most kinds of goods that are made in
society today require some kind of understanding of science. But this kind of industry was not
around before the early-mid 19th century; it’s a very new kind of industry.
o E.g., techno-science based industries included those related to fields like electricity and
chemistry.
 Electricity – a science, so people started studying electricity, and using this
knowledge to make things like vehicles and electric lighting.
 Chemistry – people studying chemistry began to develop new products out of their
research and started to sell these products; two industries, which developed during
this period of time, were the synthetic dye industry, and the pharmaceutical
industry.
 Techno science based industry – industries where you take scientific knowledge and research and
apply it to the production of goods
 These industries are not just important in terms of the kinds of goods that they produced, or to
better understand the relationship between science and technology, but they represented
extremely good examples of industries which were managed and controlled by both countries and
corporations – the theme of management and control
 Understanding this trend/process can best be done by referring to an idea presented by the late
historian named David Noble, who talked about the techno-science based industries as
representing a very important trend, which was the monopoly over science.
o Monopoly over science – a country/corporation having exclusive control, monopoly can
refer to one or a couple of corporations having complete control over an industry
o When Noble talks about the monopoly over science during this time, he is talking about the
fact that not only were countries and corporations able to control invention, but that they
discovered, and began to control the process of discovery as well.
o How exactly were these corporations able to do so? Patents
 In the 19th century onward, patents were going to be used, not for the first time, because patents
were around long before the 19th, but patents will be used in new and unique ways
 Patents are not new; what is new is the way they were used and incorporated
 Generally, a patent is a legal document, which allows inventors, individuals or companies to have
the sole/exclusive right to make, use or sell an invention of a specific period of time. During this
period of time, no other person(s) can make, use or sell that same product without the permission
of those holding the patent right. The key here is fixed period of time – all patents have an
expiration date, meaning that at some point when this date expires, competition can begin,
however until this time occurs, exclusivity is the major thing granted through a patent.
 Why are these patent systems so prevalent all around the world? Patent systems are thought to be
one of the best ways of encouraging invention. If individuals were not given patents or exclusivity
over their invention, it is quite likely that people would not like to disclose their inventions out of
Unlock document