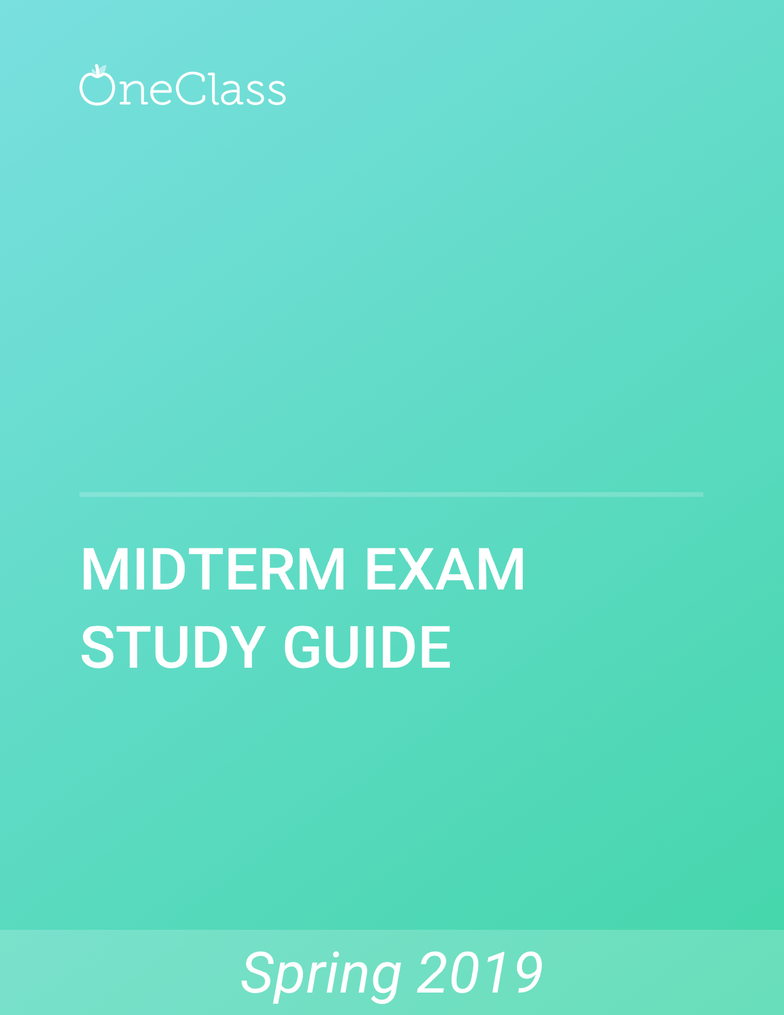 Biochemistry Lecture 1
• All living organisms have the following characteristics, which are supported by
biochemical processes:
o Reproduction
o Response to environmental stimuli
o Conversion of energy (intake of nutrients and release of waste)
o Homeostasis
o Growth and development
o Adaptation at the population level
▪ Evolution
o Order and organization
• Cells are the smallest unit of life
• Cellular hierarchy:
o Monomers are assembled into macromolecules, which are assembled to form
supramolecular complexes
▪ Examples:
• Nucleotides → DNA→ chromatin
• Amino acids→ protein → plasma membrane
• Sugars → cellulose → cell wall
• Biochemical systems require a great deal of regulation
o This includes cellular compartmentalization and regulation by signaling
molecules and macromolecules
• Be familiar with these basic components:
o Amino acids
▪ There are 20 amino acids, the monomers that constitute proteins
o Nucleic acids
▪ Consist of:
• Nitrogenous base
o Uracil, thymine, cytosine, adenine, guanine
• Five-carbon sugar
o Ribose or deoxyribose
• Phosphate
▪ Structural hierarchy
• Building blocks: nucleic acids
• Macromolecules: e.g. DNA and tRNA
• Supramolecular structures: e.g. chromosomes, ribosomes
o Lipids
▪ Don’t have a common monomer but are united by the fact that they are
hydrophobic
▪ The C-H bonds are good for storing energy
• This is a nonpolar covalent bond, and because it is hard to break,
the energy is not very accessible
find more resources at oneclass.com
find more resources at oneclass.com

Chapter 1.1: The Cellular Foundations of Biochemistry
The distinguishing features of living organisms
• Chemical complexity
• Extraction, transformation, and use of energy from the environment
• Defined functions for each of an organism’s components and regulated interactions
among them
• Sensing and responding to environment
• Self-replication and self-assembly
• Evolution at the population level
Cells are the structural and functional units of all living organisms
• Plasma membrane: a phospholipid bilayer
• Cytoplasm: the cytosol + particulate components such as organelles, ribosomes, and
proteasomes
o Ribosomes: sites of protein synthesis
o Proteasomes: sites of protein degradation
o Cytosol: fluid containing enzymes, RNA, metabolites, coenzymes, and inorganic
ions
• All cells have a plasma membrane, cytoplasm, and nucleus or nucleoid that contains
DNA
o Genome: complete set of genes
▪ Genome is replicated and stored in nucleus or nucleoid
• Nucleoid: DNA-containing structure found in bacteria and
archaea; has no membrane
o Bacteria and archaea are prokaryotes: microorganisms
without nuclear membranes
• Nucleus: DNA-containing structure in eukaryotes; contained
within double membrane, the nuclear envelope
Cellular Dimensions are Limited by Diffusion
• Lower limit of cell volume is set by minimum number of each type of biomolecule
required by the cell
• Upper limit is set by the rate of diffusion of solute molecules in aqueous systems
o Larger surface area to volume ratio facilitates diffusion
Organisms Belong to Three Distinct Domains of Life
• Bacteria and Archaea: domains of single-celled microorganisms
o Bacteria inhabit soils, surface waters, and living tissues
o Archaea inhabit extreme environments
o They diverged early in evolution
o Within both of these domains, some organisms live in aerobic environments
(have oxygen), and others live in anaerobic environments (lack oxygen)
▪ Obligate anaerobes: organisms that die in presence of oxygen
▪ Facultative anaerobes: organisms that can live with or without oxygen
find more resources at oneclass.com
find more resources at oneclass.com