© 2015 Pearson Education, Inc.
Chapter 3
Optimization: Doing the Best You Can
Questions
1. Are people, households, businesses, and governments always exercising their optimal choice when
making decisions?
Answer: Economists don’t assume that people are always successfully optimizing. However, they
believe that they try to optimize given the available information. These economic agents are not
perfect optimizers and their decisions are not always optimal because optimization is usually not easy.
For example, a student has one week to prepare for two exams. He decides to allocate 3 days to the
first exam and 4 days to the second exam. According to the student, this is the best allocation of time
which may or may not be the optimal choice.
2. What is meant by marginal analysis? Explain with an example.
Answer: Marginal analysis compares consequences in terms of the costs and benefits of doing one
step more of something. For example, marginal analysis can be used by a firm to compare the cost-
benefits of acquiring new equipment and keeping the old.
3. What is meant by comparative statics? Explain with an example.
Answer: Comparative statics is the comparison of economic outcomes before and after some
economic variable has changed. For example, a consumer might decide to buy more ice cream in hot
weather. In this example, the increase in the consumption of ice cream is the economic outcome that
changes in response to a change in a second variable, the weather.
4. Some people choose to live close to the city center; others choose to live away from the city and take
a longer commute to work every day. Does picking a location with a longer commute imply a failure
to optimize?
Answer: People will choose where to live depending on the costs and benefits of each available
alternative. For those who choose to live in an apartment away from the central business district, the
net benefit of that apartment must be higher than the net benefit from other apartments. Since costs
include the opportunity cost of time and the cost of commuting, the direct and indirect costs vary for
different people. This does not mean that they are not optimizing; they have different preferences and
face different costs. As a result, they make different decisions.
5. Suppose you had information on the sales of similar homes just east and just west of the boundary
between two school districts. How could you use those data to estimate the value parents place on the
quality of their children’s schools?
Answer: Families optimize when they choose homes. Suppose schools on the west side of the school
boundary are better than the schools on the east side. Families are willing to buy homes on both sides
of the boundary. This means that when families optimize they do just as well buying a home in either
school district. Therefore, the prices of homes on the east side have to be just enough lower than the

18 Acemoglu, Laibson, and List | Microeconomics
© 2015 Pearson Education, Inc.
prices on the west side to persuade families to live in either district. A well-known study by Sandra
Black relied on this line of argument and found that parents were willing to pay 2.5 percent more for
a home if their children could attend schools with 5 percent higher test scores.
See Sandra E. Black “Do Better Schools Matter? Parental Valuation of Elementary Education,”
Quarterly Journal of Economics, May 1999.
6. There is a proverb “anything worth doing is worth doing well.” Do you think an economist would
agree with this proverb?
Answer: Probably not (unless this economist is one of your parents). An economist is likely to tell
you that you should follow the Principle of Optimization at the Margin and that you should do
something well only if the marginal benefits of doing it well are at least as large as the marginal costs.
Suppose you are thinking of painting your room and you have three options: decide not to paint, paint
but do a sloppy job, or paint and be meticulously careful. An economist would tell you to paint your
room carefully if the marginal benefit of being careful (i.e., the difference between how your room
would look if you are careful and how it would look if you are sloppy) is at least as large as the
additional cost of painting carefully. Remember that because of scarcity, we cannot have everything
we want. Suppose you get 95% of the benefit from painting your room to perfection while doing a
sloppy job. The additional 5% in benefits from striving for perfection may well cost more than it is
worth, in terms of alternative uses for your time.
7. Why do economists mostly use optimization in differences, as opposed to optimization in levels?
Answer: For the sake of simplicity and intuition, economists mostly use optimization in differences.
Optimization in differences is simple because everything else about the two alternatives that are being
compared except the particular attributes that are different can be ignored. For example, suppose that
two apartments are both near good restaurants, both have good access to public transportation, and
both have a Laundromat down the street. The two attributes that are different, for instance rent and
street noise, are compared while ignoring all the attributes that are the same about the two apartments.
Optimization in differences is also intuitive. When comparing two options, it makes sense to focus on
what makes them different. Marginal analysis emphasizes this point, by comparing differences
instead of levels.
8. Define optimization in differences and optimization in levels. Do they yield the same result?
Answer: Optimization in levels calculates the total net benefit of different alternatives and chooses the
best one. Optimization in differences calculates the change in net benefits when a person switches
from one alternative to another and then uses these marginal comparisons to choose the best
alternative. Optimization in difference and optimization in level give identical results.
9. What is marginal cost? Explain with an example.
Answer: Marginal analysis compares the consequences of doing one step more of something.
Specifically, marginal cost is the extra cost generated by moving from one alternative to the next.
Suppose a firm employs two workers. The salary is $500 for each employee. The total cost is thus
$1,000. When hiring a third employee, the total cost will be $1,500. So, the marginal cost of
recruiting the third employee is $500. 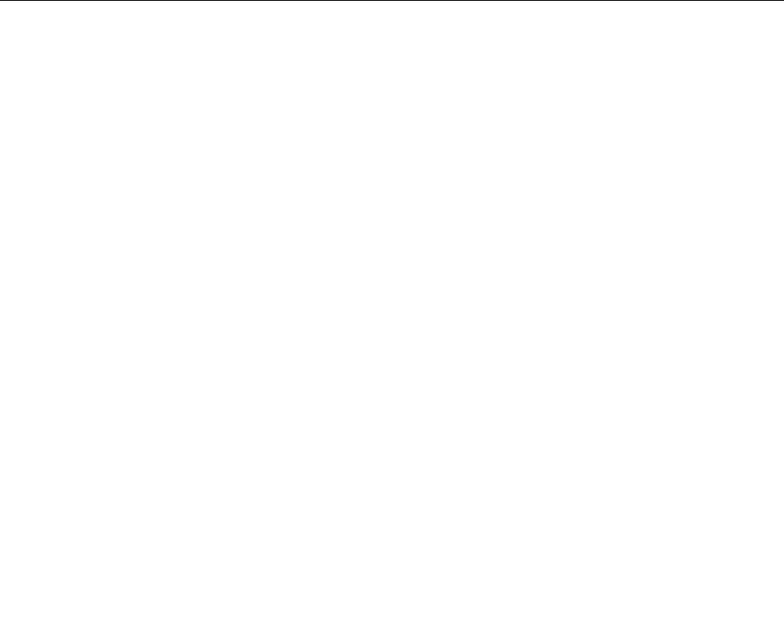 Chapter 3 | Optimization: Doing the Best You Can 19
© 2015 Pearson Education, Inc.
Problems
1. Suppose you are making two different decisions: the first decision is to buy a financial stock. The
second decision is to buy a good to consume. Identify how you would behave in each decision so
as to optimize your choice. Does optimal choice always mean obtaining the highest values?
Answer: When you buy a financial stock you optimize your choice by balancing the risk of the
stock with its benefits. When you buy a good to consume you optimize your choice by
maximizing your satisfaction from this consumption.
In both cases you are optimizing. Optimizing does not mean always obtaining the highest values at all
times. In the first decision, minimizing the risk means that you are buying the stock with the lowest
value of risk relative to a given level of benefit. However, in the second decision you are seeking
highest value of utility.
2. When we consume an apple we can evaluate the total utility taken from this apple and the
marginal utility as well.
a. Define the concept of marginal analysis in general.
b. What is the marginal utility in this case? Why is marginal utility more useful than total utility
in the optimal decision of consumption?
Answer:
a. The marginal analysis compares the consequences of doing one more step of something.
b. Suppose that we divide the apple into 10 pieces. In this case the marginal utility is the utility that the
consumer can gain from consuming one more piece. Marginal utility is more useful than the total utility in
decision making since it measures additional satisfaction relative to the intial situation.
3. Determine if the following statements pertain to optimization by levels or optimization by
differences.
a. John is attempting to decide on a movie. He determines that the newest Batman movie provides
him with $10 more of a benefit than the newest Spiderman movie. He adds to his net benefit by
always buying a large popcorn and a large drink.
b. Marcia finds that the net benefit of flying from Chicago to Honolulu on a non-stop United
Airlines flight is $400, and the net benefit for the same trip flying on a one-stop American
Airlines flight is $200.
c. Nikki decided to take the first available parking space as she entered the student lot. She felt that
the first available space had a $5 premium on all other possible spaces since she did not want to
risk being late for her exam.
d. Reagan determined that the net benefit of taking the combination of two online courses and
traditional lecture course was $100. The same three courses online gave her a net benefit of $80;
and all three in a lecture-based format gave her a net benefit of $10.
Answer:
a. This is an example of optimization by differences since John is stating that the Batman movie
provides $10 more in value than the Spiderman movie. Buying a large popcorn and a large
drink has no impact on his decision since the net benefit of the popcorn and drink would be
added to that of each movie; so the decision on which movie to attend would not be impacted.