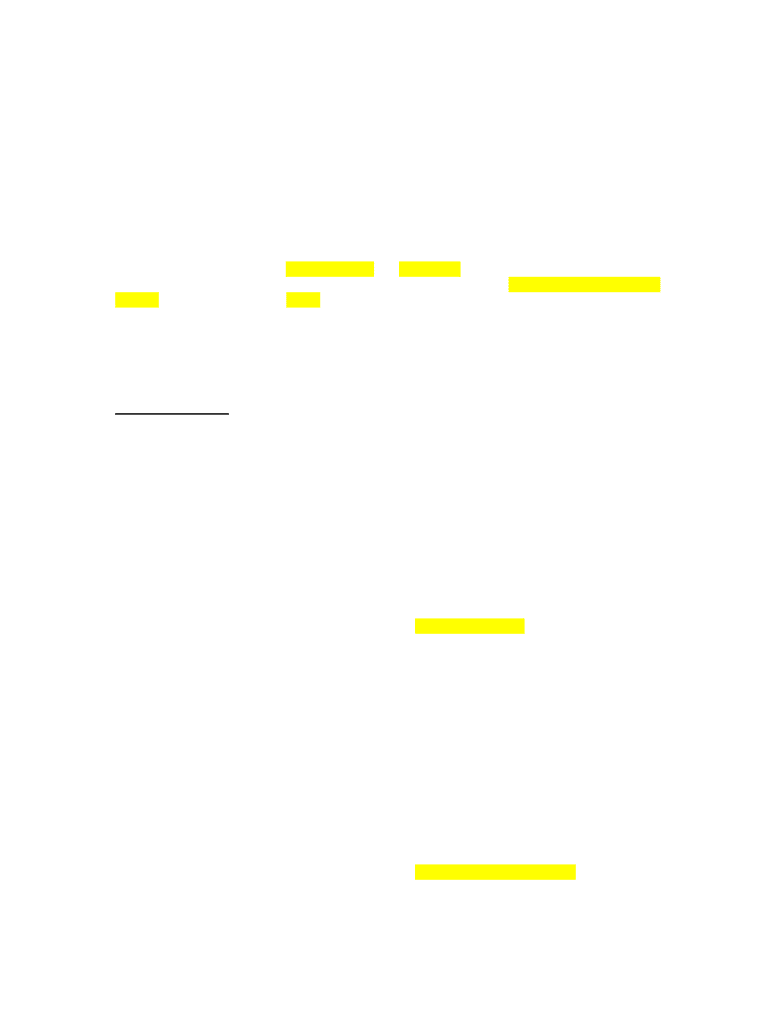 MMW 12
Chang Track Winter 2017
Midterm Exam Review Guide
(This is meant to be a review guide, not the exam itself. Ultimately, you are accountable for all the
key materials in the readings and lectures.)
Exam will be designed for 1 hr 20 minutes (PLEASE BRING ONE UNMARKED BLUEBOOK. DO
NOT ARRIVE LATE TO THE EXAM AS IT WOULD DISQUALIFY YOU FROM TAKING IT)
Part I. Objective
You need to be familiar with the historical context and significance of the following names and terms from
your readings and lectures. Be sure you are able to address the appropriate “who?” “what?” “where?” and
“when?’, and most importantly, “why?” issues associated with each one. Multiple Choice and Matching
Terms questions will be drawn from this guide.
Key Names & Terms
Religion and Empire
Polybius’s view of checks and balances
Who: polybius was a greek historian of the 2-3rd
century BC
What: Spent 16 years in rome as a greek hostage-
2nd century, expansion of rome was inevitable
- According to Polybius, a “union that
was sufficiently firm for all
emergencies”
- he supported c&b, good government:
monarchy/aristocracy/democracy, it
contained elements of three types in
equilibrium
Roman constitution consuls, senate and the
people. If one branch became too powerful, the
other two could keep it in line’ assumed it was a
sufficient system. optimistic view, in reality the
plebeians did not hold much influence as the
system supposed to allow
Two Consul System Despotic Power
(a) Absolute imperium

over military affairs
- supreme masters of administration
- Serve 1-year
- Power to punish all under their
command while on active duty and
expend as much of the public money as
they choose
Assembly of the people elect two consuls every
year. one can veto the other’s decision.
controlled army. summon the senate of
assemblies and power over military matter.
Powers of the Senate Aristocratic power
- Served for life, originally as an
“advisory council”
- Managed treasury
- Quaestors cannot issue public money
for various departments of the state
without decree of the senate, except for
the service of the consuls
- connect to consuls: Consuls need decree
from senate to supply their army, cannot
celebrate triumphs without senate’s
grants so con can't neglect sen
controlled by the patricians. Ultimately unfair
because checking off other patricians. Plebs
never in control. Public investigation of crimes.
repairs/construction.
Tribune of the Plebes
People representative. Tribunes are always
bound to carry out the decree of the people.
people have power of passing/rejecting law.
Tribune could interpose their veto and the senate
can’t pass a decree or hold meetings, therefore
senate cannot neglect ppl.
Patricians vs. Plebeians roman elite vs lower
class
- System dominated by Patricians
- religious laws reinforced power of the few
(social barriers)
-  Tribunes represented the plebeians, but mostly
of aristocratic roots
tribune -suppose to be the voice of the ppl but
vote depending on class. wealth gaps inc
Sumptuary laws regarding rites
Plebeians could not marry patricians, which
created social divide. In order to participate in 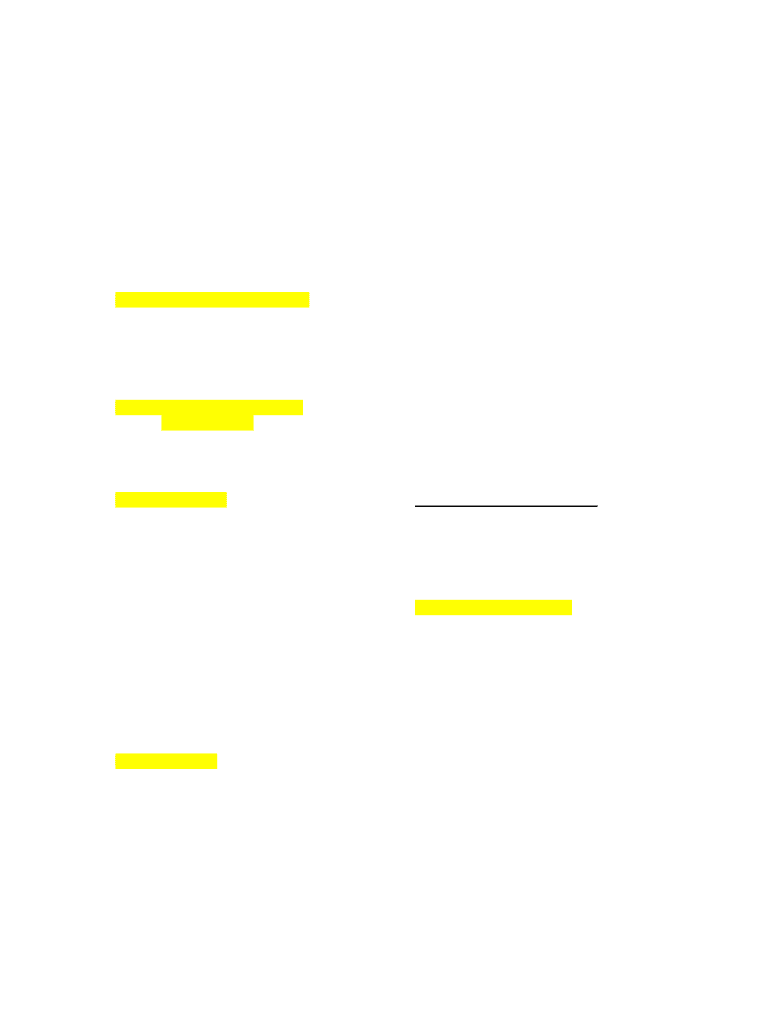 government, ppl needed to practice in religious
life and in order to practice religious life, a
person needed to be a patrician
Latifundias
Many lands went unclaimed due to the punic war
during the 2nd century and roman citizen
farmers’ farm fell into ruins. Wealthy
landowners bought up the small farms causing
social imbalance (territorial expansion). -farm
lands bought by the wealthy-
- these lands were also from conquered
land, spoils of war from punic wars.
Elites absorbed lands inc gaps
Challenges of provincial management
Provinces mismanaged (govt of republic
originally created for a simple city-state, not
suited for such a large entity); Armies unreliable;
loyal to their leader not Rome (b/c leaders only
rep high class); senate incompetent/corrupt (see
corruption in Senate)
First Triumvirate (Pompey, Julius
Caesar, Crassus)
political alliance between the three used
military power for their own interests
Julius caesar declared himself dictator -
murdered to preserve the republic to autocratic
Crossing the Rubicon
Irreversible shift, pass the point in no return.
Julius Caesar's army crossed the Rubicon
river(The official boundary of Rome)- an act of
treason, civil war occurs
Caesar Augustus
“(63 BCE -14 CE) Born Octavian, he was the
adopted son of Julius Caesar; “The revered one”;
centralized autocracy under him; imperium
consolidation in one symbolic title as “Princeps”;
self declared “pontifex maximus”
Princeps civitatis
First man of the senate, granted to augustus
Pontifex Maximus
The highest priest, an incredibly important
religious and political position (later used to refer
to pope)
Imperial Household
“Caesar - recruited commoners- would only be
loyal to him
Pax Romana
Roman Peace The Roman Legal Code; gave all
Roman citizens consistent rights, even to
foreigners too.
Mare Nostrum
“our sea”. The Romans referred to the
mediterranean as their sea bc they controlled
most territories that surrounded it. The Med Sea
was “Rome’s Lake”
Paul of Tarsus
“Roman Citizen from the state Cilicia =
privileged Roman province, proclaimed
citizenship imperfect greek, caught attention of
nearby soldiers, roman authorities stepped in and
protected him - provided an escort to safely
move him
State of Cilicia
Paul was a citizen of the state Cilicia
Latin Rights
Rights protection that Romans gave to foreign
municipal
King Agrippa
Paul’s trail was in front of King Agrippa; had to
follow law and give paul fair trial (since he was a
roman citizen). Responsible for great
improvement of roman infrastructure, e.g
aqueducts and roads
Caesarea
Major roman city in the province of Palestine
(Israel)
Roman communications network
Created roads and a postal system. Mare
Nostrum (Sea roads)
Challenge of the Jesus Movement
Flavius Josephus
Write the history of the jewish war after he
fought in the war on the jewish side then on the
roman side. He was pardoned by Vespasian to
live, that was when he began to write history of
the war.
Pilate’s incitement of the Jews
Vespasian’s destruction of Second Temple
A response to repeated jewish uprisings,
vespasian ordered the destruction of the second
temple in jerusalem
College of the Pontiffs
Established Empire to legalize state-sanctioned
religions or to deem some sects illegal. council
of “bishops”.
- religiously tolerant but not on private
worship
Gibbon’s distinction of “nation” vs. “sect”
The jews were a nation, but christians were a
sect.
- nation tied to tradition, christianity a
sect a threat
Religions of salvation
Religious such as Judaism and christianity that
promised entrance to heaven after death; these
religions appeared heavily to the poorer classes,
but were shunned or looked down upon by 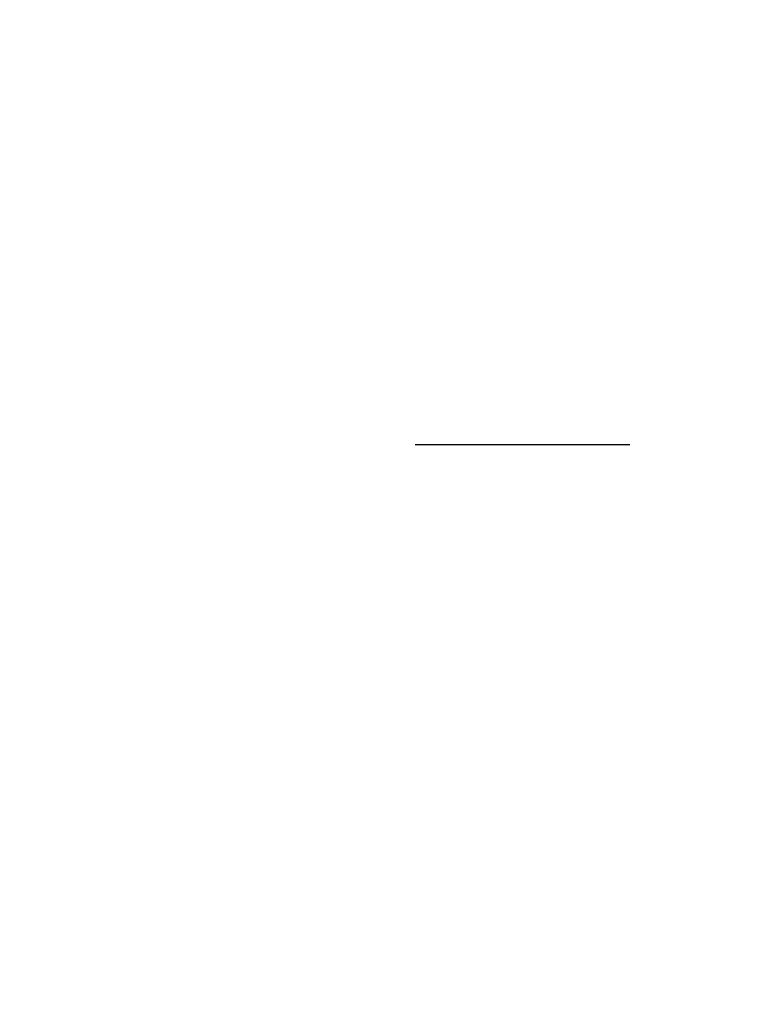 Roman Empire (who did not believe in an
afterlife worth waiting for).
Pharisees
Dominant Jewish sects; more orthodox belief,
one of the competing sects for power in jewish
faith at time of formation of christianity; focused
on scriptures
- resurrection of jesus
Essenes
Created communities with high standard of
ethics; this was probably the sect that jesus was a
follower of
Nazarene Sect
Original name of christianity; tried to identify
itself as a sect of judaism, not a separate religion;
its differences between judaism were displayed
by its members as an “internal theological
dispute” not some radical novelty
- sect of judaism
Synoptic Gospels
comprised of mark, matthew, and luke, these
gospels are the source of Jesus’ teachings,
attempted to portray Pharisees as too
materialistic, showed christianity as a
continuation of Jewish beliefs
- tried to define christianity as different,
part of the new testament
Authority of Jesus over Jewish laws
Jesus’ purpose was not to abrogate the law, but
to express the deeper significance of God’s
commandments. Matthew emphasizes Jesus’
unprecedented authority to determine God’s Will
- jesus has better understanding of god’s
word
- building on the religion
Sermon on the Mount
Sermon given by jesus, quoted in matthew,
emphasizes the golden rule and being a good
person. provides advice to christians as to how to
live out their faith. one of the points in the
sermon about praying “in secret” aroused
suspicion in the roman empire towards
christianity and may have been a key reason as to
why they began persecuting them,
- loving the despised and outcast
Ethical reinterpretation of the laws
brought the traditional jewish laws to a higher
moral standard (ie “do not murder” equates to
not hating a brother).
- worship if not an exchange for material
well being
Social impact of teachings
The christians rejected the materialistic world
(gave up possessions) and practiced their faith in
secrecy (was seen as a threat to the roman
empire)
“Consider the lilies…”
From Matthew 6:28. During his Sermon on the
Mount, Jesus starts a discussion on people's
worry for material provisions (i.e. food, clothes).
Jesus gives the example of the "lilies of the
field," which do not "toil or spin" (work), yet
they grow. Basically, Jesus is telling the crowd
that God will provide sustenance for his
followers.
- don't worry about material possession
bc god will provide for u
Destroying the “temple of stone”
Mark 13: Jesus predicts that the destruction of
Jerusalem and the temple and the ultimate end of
the world
- replace the stone temple with the temple
in ur heart. don't need establishment to
love god
- destroyed by roman emperor and army
pharisees
Imperial Appropriation of Christianity
Peter’s miracles
He sees a lame man when he’s going to the
temple and Peter says; “in the name of jesus of
nazareth, rise up and walk” and the man did.
When all are amazed, peter asked why and
reminded the masses that they're the ones who
condemned jesus. After this, many were
baptized.
Trial of Peter and the Apostles
John and Peter are held in jail for a night. Peter
asks the church officials what crimes he had
committed to deserve this, because all he did was
heal a crippled man miraculously. At night, an
angel frees them by opening jail door. Next day,
councils finds Peter and John preaching at a
temple. However, Gamaliel, a Pharisee, advises
councils to leave apostles alone. Council agrees,
but beats them, tells them not to preach to the
public. Apostles rejoice for being able to take
blows and punishment for the sake of god.
- tried to convert audience
Ananias and his wife
Ananias and his wife fall dead on the ground
because they tried to deceive the spirits by
keeping a portion of their money that they were
suppose to offer to the apostles.
- humility and alms giving
Pliny’s Letter to Trajan
Roman Official, Pliny, was sent to investigate
the new religious sect, (Christianity), to see if the
rumors about them were true (eating babies and

Midterm exam review guide (this is meant to be a review guide, not the exam itself. Ultimately, you are accountable for all the key materials in the readings and lectures. ) Exam will be designed for 1 hr 20 minutes (please bring one unmarked bluebook. Not arrive late to the exam as it would disqualify you from taking it) You need to be familiar with the historical context and significance of the following names and terms from your readings and lectures. Be sure you are able to address the appropriate who? what? where? and. When?" , and most importantly, why? issues associated with each one. Terms questions will be drawn from this guide. Who: polybius was a greek historian of the 2-3 rd century bc. What: spent 16 years in rome as a greek hostage- According to polybius, a union that was sufficiently firm for all emergencies he supported c&b, good government: monarchy/aristocracy/democracy, it contained elements of three types in equilibrium.