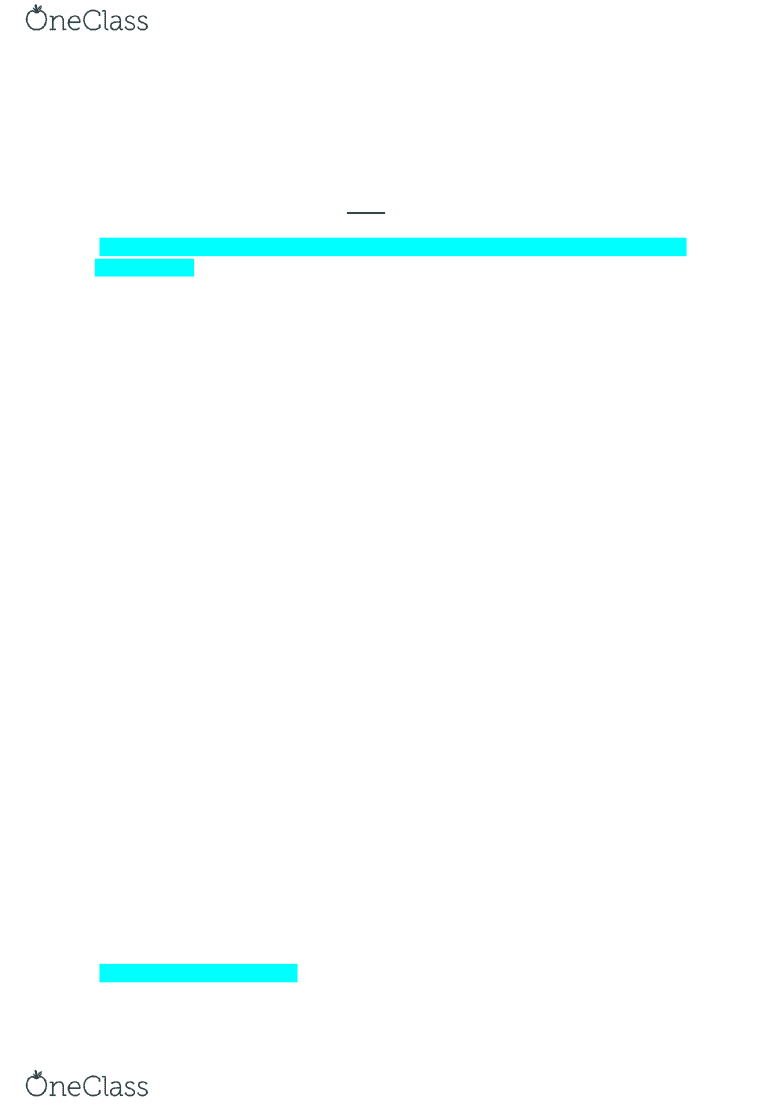 h6 PHILOSOPHY 210: WORLD RELIGIONS
Dr. Fisette
FIRST MIDTERM: STUDY GUIDE
Short Answers: Choose TEN (n.b., only fifteen will appear on the exam)
answer in three or so concise sentences; worth 1 point each)
1. The word "Torah" admits of three different gradations of meaning. What are these
three senses?
2. Explain the differences between Orthodox, Conservative, and Reform Judaism on
two of the following topics: the Torah, the afterlife, and observances.
Orthodox
TORAH-God directly revealed the Torah
AFTERLIFE-Literal
OBSERVANCES-retains Hebrew, strict on gender rules, strict on Kosher
Conservative
TORAH-Torah is divinely inspire but specific rituals is shaped by historical
pressures.
AFTERLIFE-Literal but taken with a grain of salt (wisdom)
OBSERVANCES-Hebrew for prayer, rejects gender rules, flexible with Kosher
guidelines
Reform
TORAH-human-authored document, evolved over time and reflects an ongoing
revelation.
AFTERLIFE-Skeptical if it is even true.
OBSERVANCES-Hebrew not the language of prayer, rejects gender
restrictions, renounces Kosher
3. What are the three associations of the Jewish Passover?
1) Jewish holiday
2) PASSage OVER from Egypt to Israel
3) The passage from a band of individuals to a people
4. Explain the following terms: Mishnah, Midrash, gemara, and Tahmud
MISHNAD-oral tradition attributed to Moses
MIDRASH-line by line commentaires on the Hebrew Bible that attempt to resolve
apparent textual
GEMARA- commentaries on the Mishnah
TAHMUD- Mishnah + Gemara
5. What is Hasidic Judaism?
Hasidism NOT EQUAL TO Orthodox (even though both hella conservative)
find more resources at oneclass.com
find more resources at oneclass.com
Unlock document 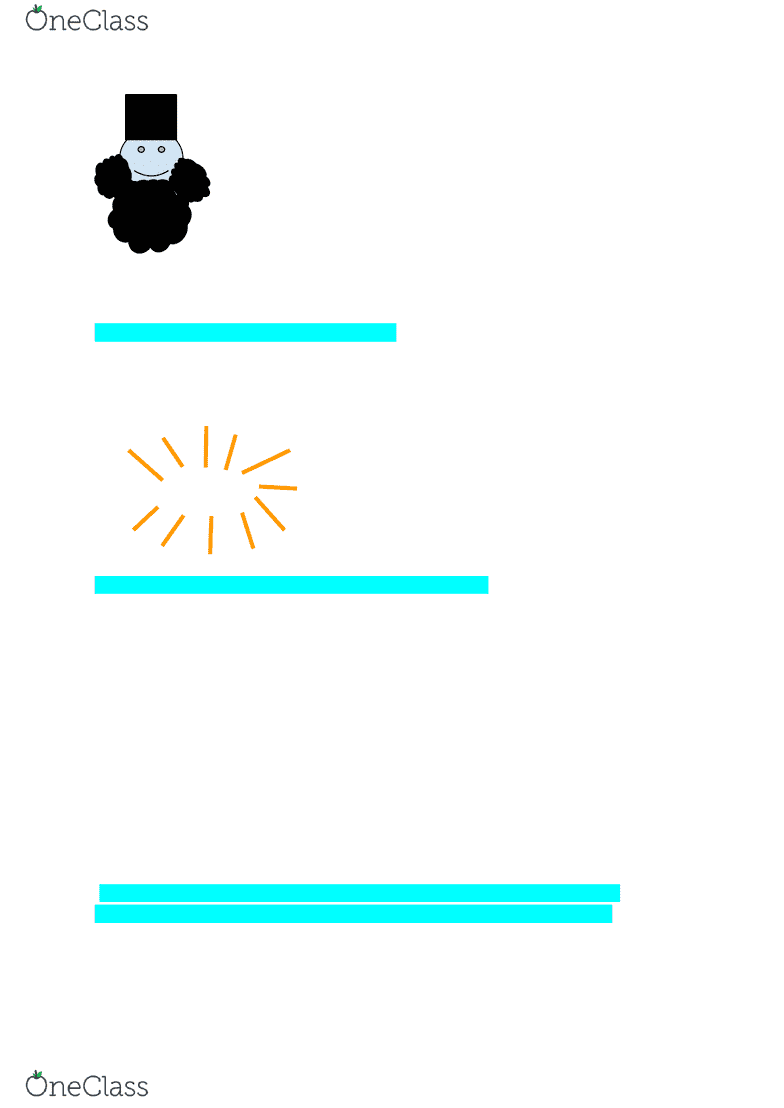 often regarded with suspicion by other branches of Judaism
Tsaddik=righteous person
Traditional rabbinical emphasis on scholarship in favor of spending time with children
and animals, with a view to teaching that most ordinary of acts can reveal the divine
6. How do the Sephirot figure in Kabbalah?
7. A number of religions claim that their deities came down to earth. What is
distinctive about Christianity's understanding of the Incarnation?
It is because God knows what pain is and sent his son to death.
8. Explain the meaning and origin of the term "cenobite”.
Cenobites are members of a religion that live together and usually follow some
communal way of life.
9. Explain the meaning and origins of the following three terms: Palm Sunday,
Maundy Thursday, and Good Friday.
PALM SUNDAY-JESUS’ ARRIVAL TO JERUSALEM TO CELEBRATE PASSOVER
MAUNDY THURSDAY-THE LAST SUPPER
GOOD FRIDAY-CRUCIFIXION
10. Why did the two figurative meanings of "messiah" make the Romans and
Sadducees uneasy?
The Sadducees(Jewish sect) regarded Jesus (supernatural messiah) as a threat to
their monopoly as intermediaries with God.
11. What are the different meanings of "beget" and "make," and why is this
important for the conception of the Trinity articulated in the Nicene Creed?
12. What is the Epiphany and which two different events do Catholicism and Eastern
Orthodoxy stress in connection it?
EPIPHANY- Christians see it as a manifestation
IT SHOWS
GRACE
find more resources at oneclass.com
find more resources at oneclass.com
Unlock document 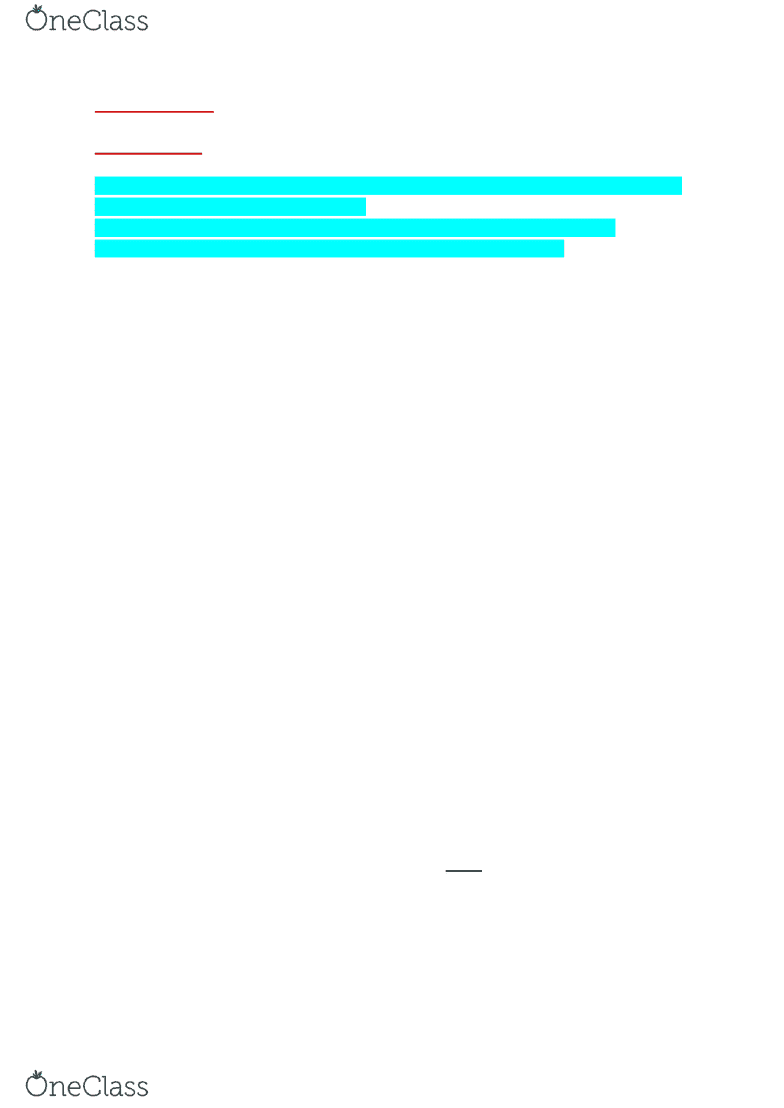 CATHOLICISM: ON JAN. 6, THREE MAGI (WISE MEN) VISIT HIM AT HIS
BIRTHER
ORTHODOXY: ON JESUS’ BAPTIZING, IN 30 CE, GOD VISITS HIM AS A DOVE
13. How do the beliefs of Nestorians and Monophysites differ from the conception of
Jesus articulated in the Nicene Creed?
14. Describe two ways in which the beliefs of the Essenes influenced later
developments in Judaic, Christian, and/or Muslim religious thought.
1. Believed that the apocalypse would be followed by a Messianic Age
2. A future earthly or heavenly redeemer sent by God to deliver us from evil and
to oversee the Day of Judgement.
15. What is the relationship between the Sunnah and hadith?
Sunnah is what the Prophet acted, talked, and behaved.
Hadith is the Prophet’s sayings.
16. What is the major difference between Sunni and Shi'a Muslims?
Shi’a believe that Imams have blood relations to Muhammad, therefore the Imam is
a political and religious leader, and his opinion on issues hold major ground on
spiritual issues. Therefore Imam’s are caliphs.
Sunni believes the caliph is a political office only, since Muhammad was the LAST
prophet.
17. How do Twelver (Imamite) and Sevener (Ismailite) Shi'ism differ?
The Twelver and Sevener differ in that the Twelver believe the 12th Imam is in hiding
and will reemerge on Judgement Day.
18. What does Muhammed mean by distinguishing between the lesser and greater
jihad?
Lesser jihad is in reference to the physical struggle against one’s enemies.
Greater jihad is the internal (mental) struggle against one’s flaws.
19. What is the Ka'ba and how does it feature in the hajj?
It is a black cubical structure that predates Islam and used to house Arabian idols.
You circumambulate it counterclockwise and recite the Qu’ran.
20. What is shari'ah law and what are its sources (N.B. the Sunni and Shi'a
traditions may differ)
Shari’ah law is the path that God has for us.
Two sources accepted by both Sunnis and Shi’ite are the Qur’an and sunnah (20
years).
The Shi’ites also have 300 years of additional precedents set by the Imams.
find more resources at oneclass.com
find more resources at oneclass.com
Unlock document