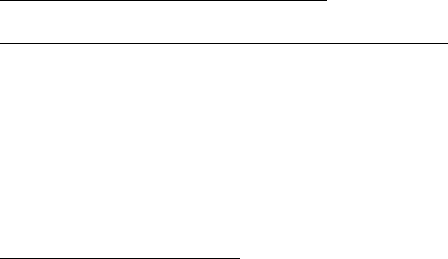 POLI 227 Readings
I) THE DEVELOPING WORLD: A BRIEF INTRODUCTION
1) What Is the developing world?
2) Approaches to the study of 3 rd
world politics
Handleman chapter 1
II) COLONIZATION AND DECOLONIZATION
Clapham chapter 2
III) THE STATE, POLITICS AND SOCIAL FORCES
1) Political development
Clapham, 3rd world politics, chapter 3 – THE THIRD WORLD STATE
Power and fragility. State = structure of control. Arising from the colonial setting imperative =
secure the obedience of an alien ppl) = strongly hierarchical structure. Territorial subdivisions
which only rarely gain the li;ited autonomy provided by federalism. Primary responsibility =
maintenance of order. Servants of the state (regional prefect, governor, police force, courts
army) + agencies concerned with the eco mgmt. of the state.
Power = extracting resources from the domestic economy, especially from the trade generated
by the eco’s incorporation into a global structure of exchange. Dvptal function of the state =
patchy, inadequate, almost non existent. Extractive function = omnipresent. Education health
and social services – benefits : come lastly. Rulers = educated elite. State= Source of benefits
in itself + means to defend themselves against domestic discontent + external penetration.
Power = competition to control. Pathological dimension when it provides a source of power and
wealth entirely disproportionate to that available from any other force within society.
Competition= formally organized political parties. Most successful political party: ideally placed
to attract or repress its rivals. Opposition groupings seek to mobilise their forces.
Features of the 3rd world state which prevents it from dvping into a totalitarian structur of
hierarchical control = readily permeated by the society in which it exists. Not the case of the
colonial state: self-contained alien bureaucratic institution. Civil servant > became part of the
indigenous political process, identifiable by the class, caste or regional group from which they
came. Spokesmen for political interests. Army: political vs professionals. The boundary between
state and society became blurred, as the state itself became less coherent.
What did not take place = merging of state and society as common expression of a set of
shared values. Legacy of colonial imposition. Africa/asia: state and ppl who ran it were imported.
Division between indig society ans external political structure : not eradicated by the
replacement of colonial by local officials. Political action but not based on loyalty. //
Caribbean/latin America: ppl and political structure imported, everything was ARTIFICIAL
(except national boundaries). // Jamaica/Barbados: artificial society have been welded into a
national community ith its own set of political institutions.
Unlock document

Already have an account? Log in
In its origin, the state = preserve of the dominant immigrant group, used as an agency of
CONTROL. Persistence of racial divisions (dominant immig/subordinate indig – peru; rival
groups of immigrants – Trinidad Guyana). Most extreme example = South Africa.
Lack of organic unity/shared values between state and society = lack of legitimacy =
FRAGILITY. Fuels gvtal insecurity, paranoia. Personal and political corruption. State = basic
gframework for public action. Lost without their coercive and extractive functions. Lack of value
consensus = threat to the state’s survival. Uganda: collapsed by the incompetence of a single
leader. Chad: highly artificial amalgamation of disparate political factions. Lebaon: successful
domestic political balance shattered by the incursion of rival Palestinian Israeli Syrian armies.
Split = Pakistan and Bangladesh. Amalgam = north and south Vietnam. BUT the great majority
of 3rd world states have survived. But it should not be taken for granted
Combination of power and fragility + disjunction between the state and any shared set of social
values
NEOPATRIMONIALISM AND ITS CONSEQUENCES
Forms of Authority
Organization and legitimacy of the modern state = rational-legal authority. Basis = individuals in
public positions, possessing power over their fellow citizens, exercise that power in accordance
with a legally defined structure directed towards a publicly acknowledged goal. Authority/morally
accepted/justified power = wide acceptance of the goals + structures.
Requires a strict division between an individual’s public and private roles, encapsulated in the
notion of “office. Ideal type, nowhere achieved. Reasno= goes against our natural instincts as
human beings. Modern state + modern economy = artificial, requiring a corresponding
artificiality in the behaviours of the rulers. Ideal but central importance = only way through which
the power of the modern state can be exercised legitimately and efficiently.
Basic problem of the 3rd world state = failure to approximate a rational-legal mode of
operation.
CONSTITUTIONAL CONTINUITY = Should provide the ultimate legal framework through which
rational-legal behavior is defined. Failure to maintain a constitution = failure to maintain an
agreed set of state objectives/institutions through which to achieve them. Independence
constitution: rarely lasted for long. Africa: brusquely changed to suit the needs of incumbent
gvts, replaced, abolished by their successors. Reflected a bop which became anachronistic with
the act of independence itself, since the major role in formulating them was played by the
departing colonial power (sensitivity to opposition/minority demands).
BEHAVIOR OF PUBLIC OFFICIALS, especially the courts and the bureaucracy. Internal
structure of the political system. Weber: alternative ideal type of charismatic authority.
CHARISMA = nationalist leaders. But too feeble a base on which to build any general analysis
of political authority. Distinction = context rather than personal qualities inherent in themselves.
Process of mobilization, new social groups: juan peron in argentina. Nasser, Castro, Mao.
PATRIMONIALISM = authority ascribed to a person rather than an office-holder (VS Rational
authority), firmly anchored in a social/political order (vs charisma). Authority = father with
children. Classing setting = feudal system. Those lower down the hierarchy are not subordinate
(officials with functions) but rather VASSALS/RETAINSERS. No defined powers. System
Unlock document

Already have an account? Log in
maintained by loyalty, kinship ties (symbolic and fictious) rather than hierarchy/ administrative
grades and function.
3rd world state, not feudal= NEO PATRIMONIALISM. Patrimonial relationships pervading a
political and administrative system formally constructed on rational-legal lines. Bureaucratic org,
formally defined powers of officials. BUT not public service => private property. Display a
personal status rather than perform an official function. Personal subordination. Plagues the
ordinary system of gvt administration. Torpor when the boss is away, slow decision-making
process.
Neo-patrimonialism: salient type in 3rd world societies. Reasons:
- Natural human disinclination to distinguish btween private and official self = normal
forms of social org in precolonial societies. Characterizes tribal societies = loyalty
primary social value. Same principles continue to operate beneath the façade of the
modern state. Reflected by the acceptance of the non-elite mass of the population.
- Artificiality of national communities + incorporation of the society into the global
economy. Corrode a sense of common value: encourage neopatri = instrumental form.
Personal benefit/exchange of favour > reciprocal obligation which characterize
paternalism in its traditional forms.
Corruption
The use of public powers in order to achieve private goals. In contradiction with the distinction
(public private) required by the ideal type of rational-legal authority. Makes no sense in a truly
patrimonial syste,: no embezzlement: the ruler’s income is the gvt revenue/ no nepotism : no
other criterion for appointment apart fromk the ruler’s favour.
Neopatrimonial system = corruption arises because the system itself is formally constructed on
the principle of rational-legality. Occurs all state in some degree, but DANGEROUS when the
distinction itself is scarcely recognized/ when public office becomes accepted as a route to
personal wealth and power. Kleptocracy = rule by theft.
Reasons: TRADITIONS. the carry-over into present-day political behavior of cultural values
inherited from a patrimonial past. Practice of gift-giving = recognition of the authority of the
person who received it. Deeply entrenched principle of mutual support among members of the
extended entourage. (response to eco/pol insecurity of subsistence agriculture), easily
convertible into nepotism/extortion from below.
+ The structure of the state. No effective mechanism for the enforcement of rational-legal
values. Weakness of accountability of the governors to the governed. Sheer social distance
established btween westernized urban elite, residential areas. + enormous, institutionalized
inequality of power provided by the state. Highly hierarchical, flaunted wealth, especially in
Africa (not in india, indigenous ascetic ethic).
Control over corruption = difficult to maintin. Official rhetoric not taken seriously. Stereotype:
leader regarded as honest, ministers regarded as corrupt: extra moral authority for the leader +
threat which he can use as a pretext to dispense with someone.
Unlock document