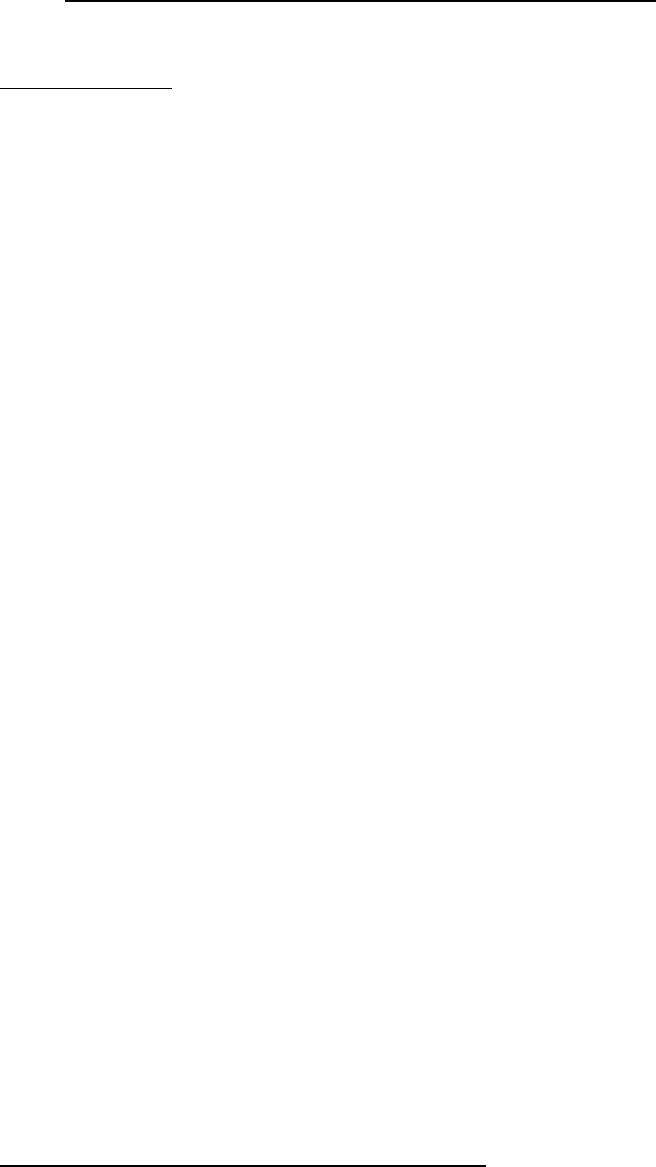 Psych 2C03 Chapter 2: Methodology / Research Methods
•The 1995 report “television violence: a review of the effects on children of
different ages”
•Wendy Josephson analyzed the results of hundreds of scientific studies
•Her conclusion was that television violence does increase aggressive behaviour at
least among children predisposed toward aggression
o“although the group especially at risk may be a minority of viewers, thy
are likely to be majority of aggressors.”
Social Psychology: An empirical Science
•the fundamental principle of social psychology is that many social problems, such
as the causes of and reactions to violence, can be studied Scientifically
•The thing to remember is that when we study human behaviour, the results may
appear to have been predictable
•There is a well-known human tendency called the hindsight bias whereby people
exaggerate how much they could have predicted an outcome after knowing that it
occurred
•Social psychology is an empirical science with a well-developed set of methods to
answer questions about social behaviour.
•There are three of these methods:
1. Observational method
2. Correlational method
3. Experimental method
•Part of the creativity in conducting social psychological research involves
choosing the right method, maximising its strengths, and minimizing its
weaknesses
Formulating Hypotheses and Theories
•Science is a cumulative process and researchers typically generate hypotheses
from previous theories and research
•Theory: an organized set of principles that can be used to explain observed
phenomena
•Hypothesis: a testable statement or idea about the relationship between two or
more variables
•Social scientists engage in a continual process of theory refinement:
oThey develop a theory, test specific hypotheses derived from that theory,
and based on the results, revise the theory and formulate new hypotheses
•Researchers often observe a phenomenon in everyday life that they find curious
and interesting
•Then they construct a theory about why this phenomenon occurred and design a
study to see if they are right
•Latane and Darley’s Diffusion of Responsibility:
oThe more people who witness an emergency, the less likely it is that any
given individual will intervene
Unlock document

•In science, idle speculation won’t do. The researcher must collect data to test his
or her hypothesis.
•This requires the precise specification of how the variables that will be examined
will be measured or manipulated :operational definition
The observational method
•If the goal is to describe what a particular group of people or type of behaviour is
like, the observational method is very useful
oTechnique whereby a researcher observes people and systematically
records measurements of their behaviour
•This method varies according to the degree to which the observer actively
participates in the scene
•At one extreme, the observer neither participates nor intervenes in any way,
instead the observer is unobtrusive and tries to blend in with the scenery as much
as possible
oThe method by which researchers attempt to understand a group or culture
by observing it from the inside without imposing any preconceived
notions they might have is known as ethnography
oThe goal is to understand the richness and complexity of the group by
observing in action
oEthnography is the chief method of cultural anthropology :the study of
human cultures and societies
oE.g. Leon Festinger and the end of the world cult experiment used
ethnography to conduct their research
•In all observational research, it is important for the researchers to clearly define
the behaviours of interest
oDefining variables carefully!
•In observational research it is important to establish interjudge reliability: the
level of agreement between two or more people who independently observe and
code a set of data; by showing that two or more judges independently come up
with the same observations, researchers ensure that the observations are not the
subjective impressions of one individual
•Archival Analysis:
•Another form of the observational method is archival analysis: where the
researcher examines the accumulated documents, or archives, of a culture (e.g.
diaries, novels, magazines, and newspapers)
•Archival analysis is a powerful form of observational research because it allows a
unique look at the values and interests of a culture
The Correlational Method
•The correlational method is ideal for answering questions about whether two
variables are related and if so determining the strength of the relation
•Correlational method: the technique whereby researchers systematically
measure two or more variables and asses the relation between them (i.e. how
much one can be predicted from the other)
Unlock document

Already have an account? Log in
•many important questions about human social behaviour can be answered using
the correlational method
•Researchers look at such relations by calculating the correlation coefficient: a
statistic that assesses how well you can predict one variable based on another
(e.g. how well you can predict someone’s weight from their height)
•A positive correlation means that increases in the value of one variable are
associated with increases in the value of the other
oHeight and weight are positively correlated. The taller people are, the
more they tend to weigh
•A negative correlation means that increases in the value of one variable are
associated in decreases in the value of the other
oAs the number of classes a student skips goes up, the student’s mark in
the course will go down
•The correlational method is often used in surveys
•Surveys: research in which a representative sample of people are asked questions
about their attitudes or behaviour
•Surveys are a convenient way to measure people’s attitudes
•Surveys have a number of advantages:
oThey allow researchers to judge the relationship between variables that
are often difficult to observe (e.g. how often people engage in safer sex)
oThey have the ability to sample representative segments of the population
Answers to a survey are useful only if they reflect the responses of
people in general not just the people who actually tested (the
sample)
Survey researchers select samples that are representative of the
population on a number of characteristics
They also make sure to use random selection: a way of ensuring
that a sample of people is representative of a population, by giving
everyone in the population an equal chance of being selected for
the sample
•Potential problem with survey data is the accuracy of the responses
oStraight-forward questions regarding what people think about an issue or
what they typically do are relatively easy to answer
oHowever in social psychological research, participants are generally not
asked a single question with a yes or no answer
oAs the question becomes more complex, it is even more challenging to
elicit accurate answers
•Limits to Correlational method: Correlation does not equal causation!
oWhen we use the correlational method, it is wrong to jump to the
conclusion that one variable is causing the other to occur
The experimental Method: Answering Causal Questions
•The only way to determine causal relations is with the experimental method
oThe method in which the researcher randomly assigns participants to
different conditions and ensures that these conditions are identical except
Unlock document