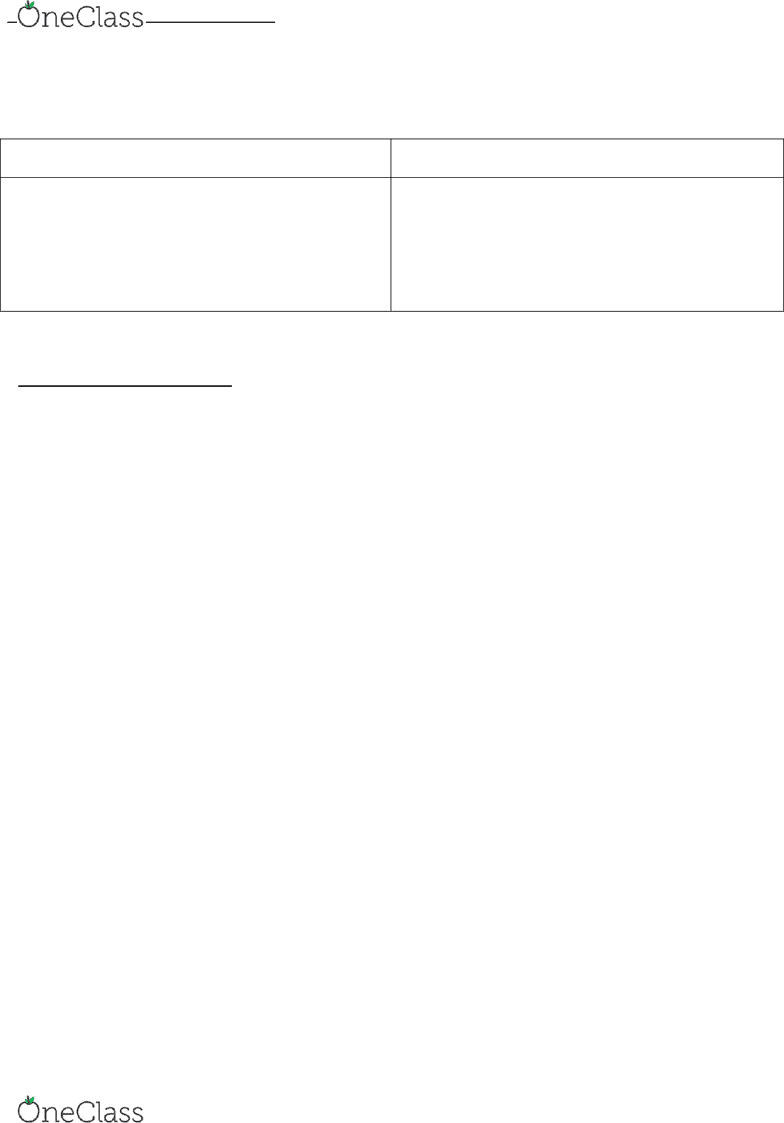 Categorization of objects beyond infancy:
-Grasp individual, also hierarchical and causal relations among categories.
*Category hierarchies: often include 3 levels: and a most general level of living/non-living.
1. Superordinate level: most general level within category hierarchy. Ex. Animal.
2. Subordinate level: Most specific level. Ex. Poodle.
3. Basic level: medium or in-between. Ex: dog. *Child learn this level first. Ex. Tree (before oak, plant).
-Youngster’s basic categories don’t always match adults. Ex. Cars, motorcycles, buses—youngster group tgt=
object with wheels. (ow it went to superordinate? Parents/others use child’s basic level as foundation to explain
the more specific and general categories. (If teaching superordinate- illustrate properties of relevant term with
basic level. Ex. Mammals--- animals too, like foxes, bears, cows, get milk from mom). Parents also refer to basic
level to teach child sub-ordinate level Ex. Belugas = whale.
-Sensitivity of child to different statements: 30o more likely to generalize properties of unfamiliar objects when
heard categorical type statements: Wugs drink milk. Vs. more specific sentences: these wugs drink milk.
*Statement specifying relations among categories of objects= let child use what they already know about basic-
level categories to form superordinate and sublevel categories and decide how to generalize properties.
*Parent’s explanations enhance their conceptual understanding, but learning path also contributed by child.
-Child’s active attempt to understand their experience lead to short-lived but interesting concepts. Ex. Fruit-cup.
*Causal understanding and categorization:
-Krascum and Andrew: told 4- 5-yo about 2 categories of imaginary animals: Wugs and Gillies. Some given
physical descriptions (wug=claw, spike, horn, armour; gillies=wings, big ear, tails, long toes). Other provided
physical + causal story to why they are that. Wug likes to fight, gillies hide in trees. Later show a photo depicting
the two… children heard the story = better at classifying it into right categories. They also rmb the categories
better. Thus understanding cause- effect relations help child learn and remember new categories.
 Knowledge of Other people and oneself: Naïve psychology: Commonsensical level of understanding of
other people and oneself. Crucial to normal human functioning, major part of what makes us people. (Chimps
don’t have social reasoning like inferring intentions from behavior like our toddlers. Naïve by age 3.
-Centre of naïve psych are 3 concepts: Desires, beliefs, actions. (why some1 did something?). 3 properties:
1. Refer to invisible mental states: no one can see a desire, belief, or psyc concepts like perception, memory. We
can see beh but can only infer the underlying mental states.
2. Psy concepts linked to one another in cause-effect relations.
3. Develop early in life.
--Debate between Nativist + Empiricist about source of this early psyc understanding:
Nativist: child born with innate basic understanding of human psychology.
Empiricist: experiences w/ other and general info-processing capacities. Evidence supports both views.
Infant’s native psychology
-Infants find people interesting and attend to them, learn a lot about them in 1st year. Imitate facial movements
and not mvmt of inanimate objects. They also prefer watching human body moving instead of others. Infants also
expect humans but not object to engage in self-propelled movement. Ex. Diane Poulin-Dubois: 9mo not surprised
when adult moves in response to another adult’s comments. But surprised when robot does.
-Early interest in human face+body help infants learn about ppl’s behavior: imitating other and form emotional
bonds with them encourage other ppl to interact more with infants, creating additional opportunities for infants
to acquire psych understanding.
-Understanding of intention, desire to act—joint attention—intersubjectivity all emerge late in 1st year and early
2nd year. Thus yo already understand other people’s emotions. Child as young as  offer physical comfort and by
18-20months, comforting comments to unhappy playmates. )nfant’s experience of their own emotions and beh
accompany them helps them understand the emotion accompanying other’s actions.
Development Beyond Infancy Child build on their early-emerging psychological understanding to develop
sophisticated comprehension of self and others and interact with others in increasingly complex ways. (2 areas-
understand other’s mind +play w/peers.
1. -Growth of a theory of mind:
Naïve psych + strong interest in other= foundation for theory of mind: organized understanding of how mental
processes (intention, desire, belief, perception, emotion) influence behavior.
Ex. Preschooler’s—include ku that beliefs often originate in perceptions. –seeing an event/hearing someone
describe it, that desires can originate either from physio states (hunger/pain) or from psycho states (wanting to
see friend). Desires + beliefs produce actions.
find more resources at oneclass.com
find more resources at oneclass.com

-1yo: understand connection between ppl’s desires and their actions.
Phillip, Wellman, Spelke: 1yo saw experimenter look at one of 2 stuffed kitten and say in joyful voice. Then 2s
later, hold the same kitty or a different one. 1yo looked longer if experimenter was holding the other kitty =
expected him to want to hold kitty that just excited her much and were surprised she was holding the other one.
8mo: looked for similar amt of time regardless of which kitty was held.
mo: use info about person’s earlier desires to predict later desires, but only if earlier and later circumstances
are identical.
-2yo: desire leads to action is firmly established.
Can now predict that characters in stories will act in accord with their own desires (even if they differ from
child’s preferences. But dunno beliefs also influence behavior.
-3yo: some understanding between beliefs and action. why.. cuz he believes/thinks the dog ran away.
Also have some ku of how beliefs originate: seeing an event produces beliefs about it. Being next to someone who
can see the event does not. Understanding of relation between beliefs and action is limited: false-belief problem.
---Another person believes something true that the child knows is false. Will child think the other person will act
with own false belief or child’s right belief?
Ex. Preschoolers shown a box normally with smarties and has photo of candy on it. Asked what’s inside? Child
answer Smarties. Open box and found ther’s pencil instead. When asked what other child would say= answer
smarties. Large majority of yo claim they always knew what was in the box, predict if another child hown the
box, the child would also believe the box contained pencils. yo’s response show they have difficulty
understanding other ppl act on their own beliefs, even when those beliefs are false).
False-belief problem found in CAN, )ndia, Peru, Thailand, Samoa… performance improved from -5yo.
Consistence of performance across different societies.
-3yo can succeed if task presented in facilitative way: play trick on another child. Assuming role of deceiver and
hiding pencils in Smarties box helps yo see the situation from the other child’s perspective and will answer
smarties.
-Some of deve is dependent on specific experiences: 14yo with experience ACTING in plays= greater
understanding of other ppl’s thinking. Other types of arts education music, visual didn’t show gains.
2. Explaining the development of theory of mind- Deve in age 2-5yo.
-Nativist: existence of a theory of mind module TOMM. –hypothesized brain mechanism devoted to
understanding other human beings. (typical child in typical environ= TOMM matures in 1st 5yrs). Cite evidence
from brain-imaging studies showing some areas are active in representing beliefs across different tasks, and
areas are diff from those involved in other complex cognitive processes—ex. understanding grammar.
-Further evidence supporting TOMM: autistic ASD children: great difficulty with false-belief problems and
understanding ppl more generally. –Atypical size of certain brain areas crucial for understanding ppl.
-Empiricist: psyc understanding is from interactions with other people. Astington + Jenkins: preschoolers with
siblings outperform peers on false-belief tasks. Strongest if siblings are older or of the opp.sex (interacting with
ppl whose interests, desires, motives are diff from own broadens child’s understanding of the mind. Thus child
with ASD not interact much with other is a major contributor to difficulty in understanding others.
-a 3rd view: Empiricist stance but focus growth of general info-processing skills as essential to understanding
other people’s minds: understanding of false-belief problems linked w/their ability to reason about complex
counterfactual statements + ability to inhibit own behavioral propensities when necessary.
-False-belief prob require child to predict what a person would do on basis of a counterfactual belief. The ability
of inhibit beh propensities is important because fbp also require suppress the assumption that the person would
act on the truth of the situation. *Typical child<4yo and w/ASD lack info-processing skills needed.
*All 3 exp has merits. Tgt, all child achieve basic useful theory of mind by age 5.
3. The growth of play: Play= act. Pursued for own sake, no motivation other than enjoyment they bring. Early
ones= solitary. As und of other ppl increase, play become more social and more complex.
-18mo: Pretend Play. – make-believe activities in which child create new symbolic relations. Act if they were in
diff sitautions.—object substitution: ignore many of a play objects characteristic so they can pretend it’s
something else. Ex. Cylindrical wooden block = bottle and pretend to drink from it. Or a soap dish=boat and float
it on water while taking bath.
-2+1/2yo: sociodramatic play—pretend play where they enact miniature dramas w/ other child/adults. Ex.
Mother comforting baby, doc helping sick child. More complex more social than object sub. Tea party ritual.
*More sophisticated if playing with parent/older sibling who can scaffold the play sequence then w/ peer. Such
scaffolding= opportunities for learning, esp improving story-telling skills.
-Elementary yo: play more complex+social. Include activities like sport, board games w/ conventional rules.
find more resources at oneclass.com
find more resources at oneclass.com

Concepts: general ideas that organize objects, events, qualities, and relations on the basis of some similarity. *let us understand the world and generalize from prior experience. Also tell us how to react emotionally to new experience (fear dog if bitten by one). Nature endows infants with only general learning mechanisms: perceive, associate, generalize, remember. Concepts such as time, space, causality, number, minds is fr exposure to experiences that are relevant. Looking time in habituation studies: not sufficient to suppor conclusions. Born with sense of fundamental concepts: time, space, numbe causality, human mind. Or with specialized learning mechan let them acquire rudimentary understanding of them unusu and easily. Nurture only important beyond the initial level but not for basic understanding. *fundamental concepts: useful in greatest number of situations. 2 groups: categorize kinds of things: human beings, living things, inanimate objects, dimensions used to represent experiences: space, time, number, causality. 3 general categories: inanimate objects; people; other animals.