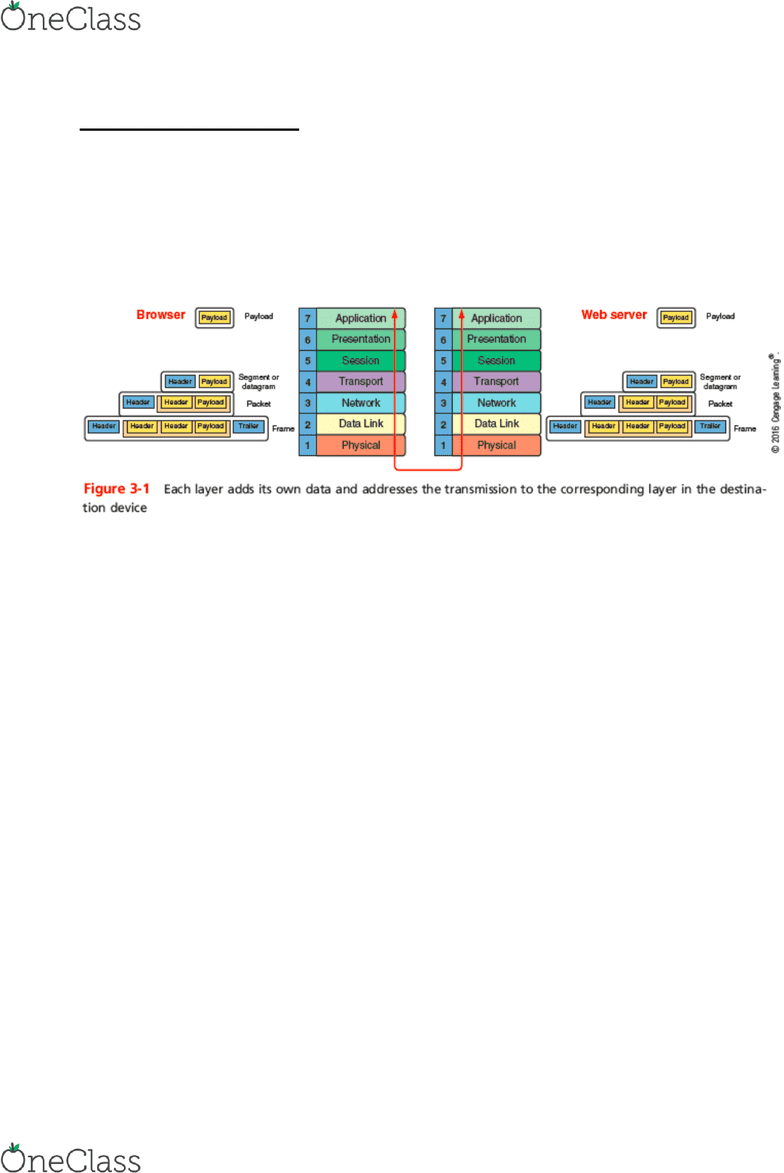 ITM301 – Chapter 3
TCP/IP Core Protocols
 TCP/IP – a suite of protocols including:
 TCP, IP, UDP, ARP, and many others
 TCP/IP is open and routable
 Protocols add a header to data inherited from the layer above
 Layers 7,6, and 5 – data and instructions, known as payload, are generated by
applications running on source host
 Layer 4 – usually TCP or UDP adds a header to the payload
 Includes a port number to identify the receiving app
 Layer 3 – network layer adds it own header and becomes a packet
 Layer 2 – packet is passed to Data Link layer on NIC, which encapsulates data
with its own header and trailer, creating a frame
 Layer 1 – physical layer on the NIC receives the frame and places the
transmission on the network
 Receiving host de-encapsulates the message at each layer in reverse order and
presents the payload to the receiving applications
 Connectivity devices are specialized devices that allow two or more networks or
multiple parts of one network to connect and exchange data
 Known by the highest OSI layer they read and process
find more resources at oneclass.com
find more resources at oneclass.com
Unlock document 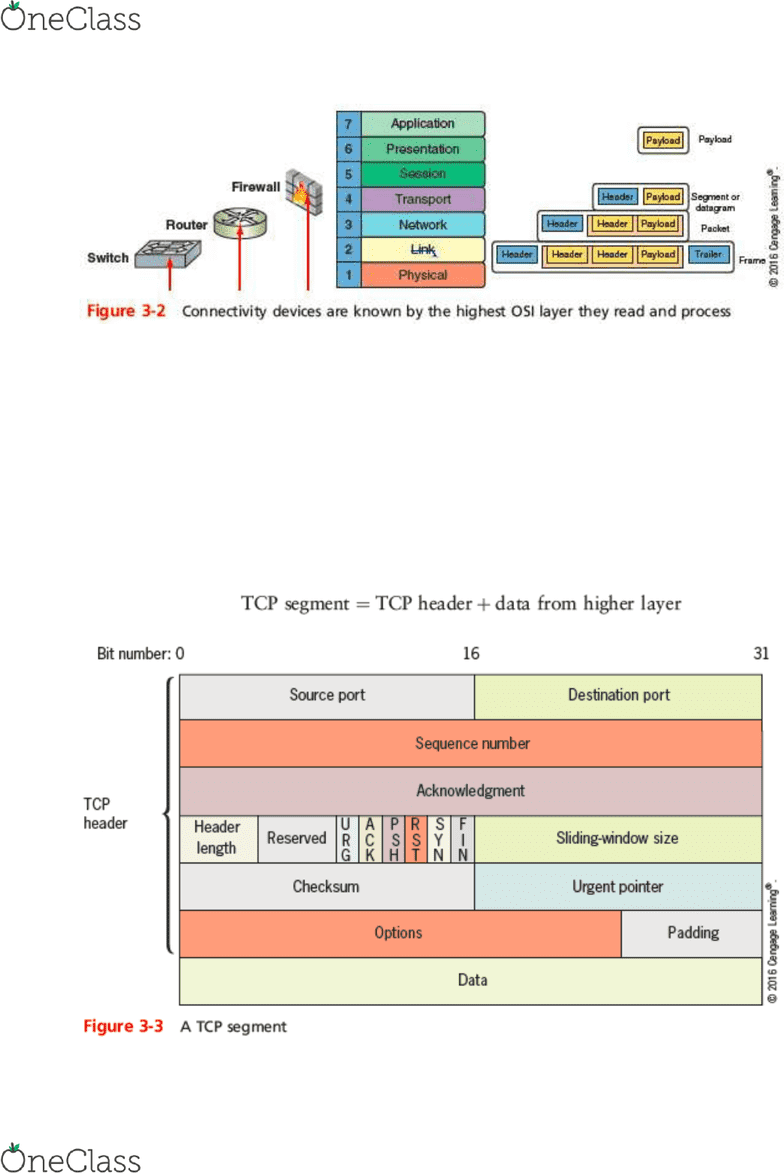 TCP (Transmission Control Protocol)
 TCP operates in the transport layer of OSI model
 Three characteristics of TCP
 Connection-oriented protocol – TCP ensures that a connection or session
is established by using a three step process called three-way handshake
 Sequencing and checksums – TCP sends a character string called a
checksum that is checked by the destination host along with a sequence
number for each segment
 Flow control – gauges rate of transmission based on how quickly recipient
can accept data
find more resources at oneclass.com
find more resources at oneclass.com
Unlock document 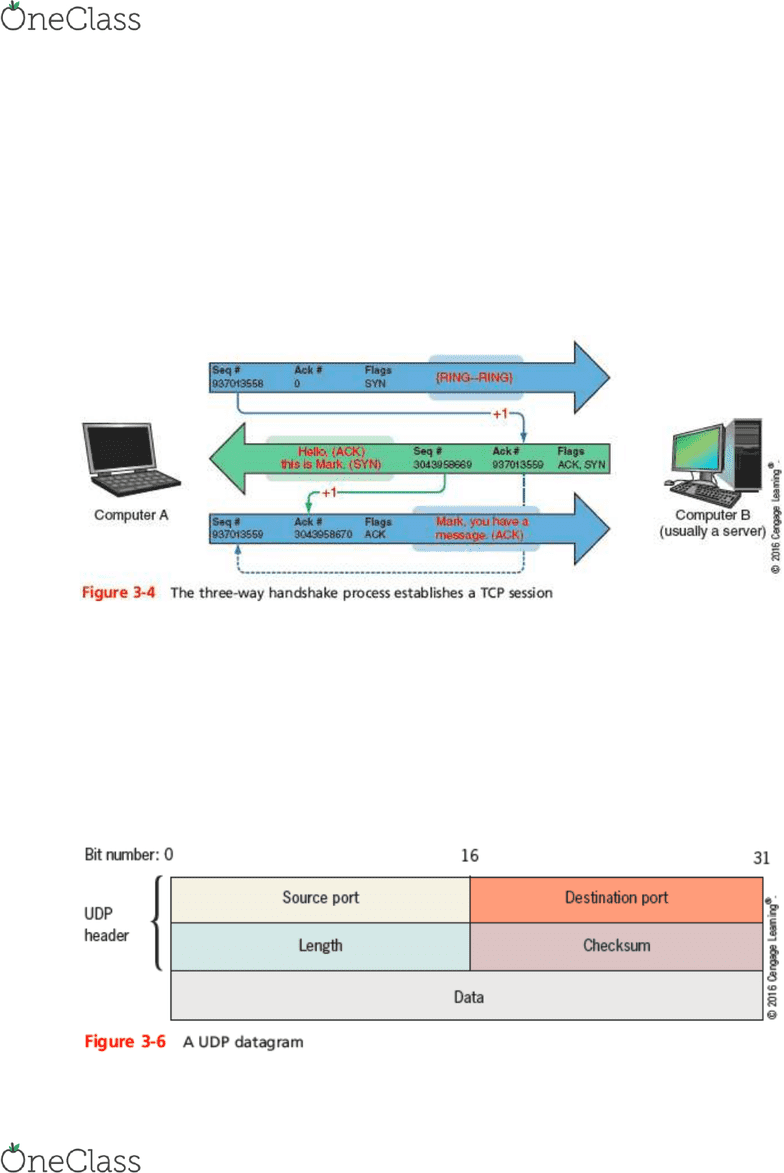