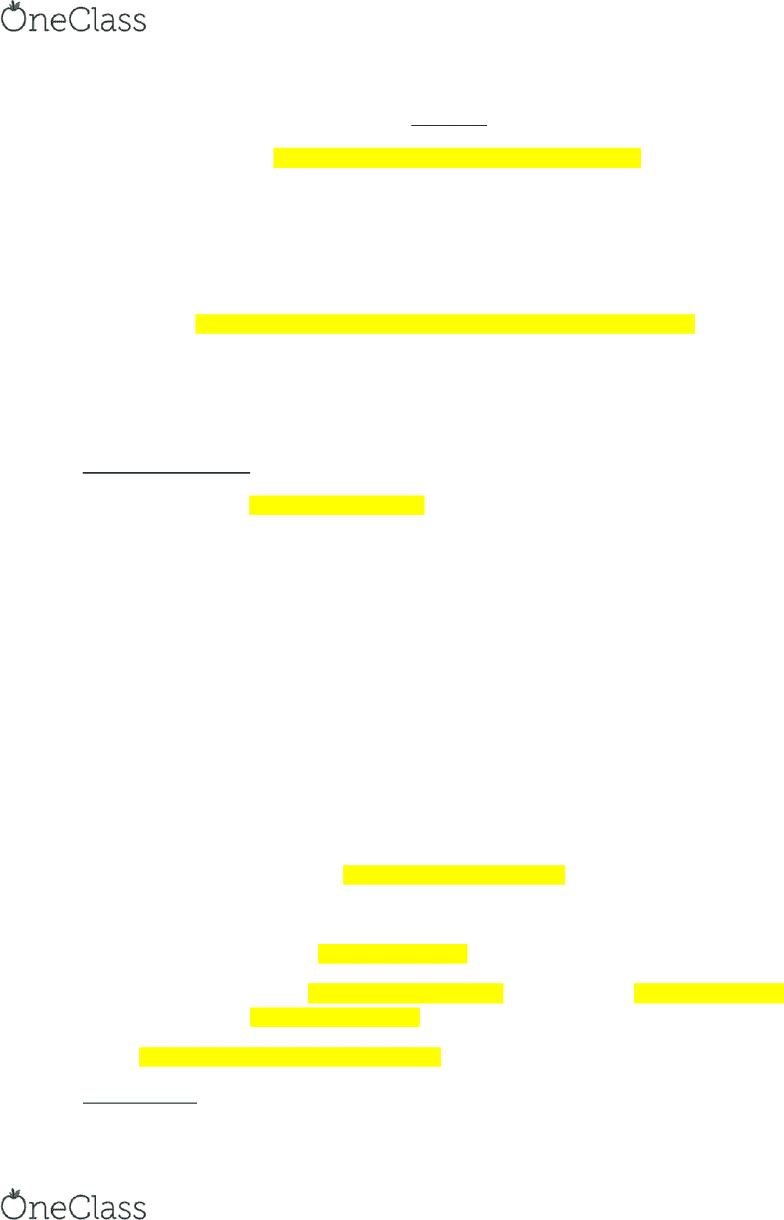 Chapter 12
Altruistic suicide: giving of one’s life for others or for a greater good
Has occurred since human beings first banded together in clans
Among nomadic peoples, altruistic suicide among elderly or infirm accepted as method
of maintaining mobility needed for group’s survival; honor given to these people
Historically – and cross-culturally – suicide has also been recognized as a means of
expressing ultimate commitment to moral or philosophical principle
Despite having been documented throughout recorded history, Stillion asserts: suicide is arguably
most complex, least understood of all human behaviours
Involves diverse motives and intentions
Comprehending Suicide
Suicide may be immediate or long-term
Thus, alcohol abuse can be suicidal behaviour because it makes use of something that can
be fatal over time
Four definitions of suicide:
1. Act or instance of taking one’s own life voluntarily and intentionally, especially by a person
of years of discretion and of sound mind
2. Self-killing deriving from one’s inability or refusal to accept the terms of the human
condition
3. All behaviour that seeks and finds the solution to an existential problem by making an
attempt on the life of the subject
4. Human act of self-inflicted, self-intentioned cessation
Suicidal behaviour includes three types of self-destruction:
1. Completed suicide – results in death
2. Attempted suicide – intended to be lethal, but does not result in death
3. Suicidal gestures – attempts with low lethality, such as inflicting superficial scratches on
the wrist or overdosing on vitamins
Suicidal ideation: suicidal thoughts/plans
Statistical Issues
find more resources at oneclass.com
find more resources at oneclass.com 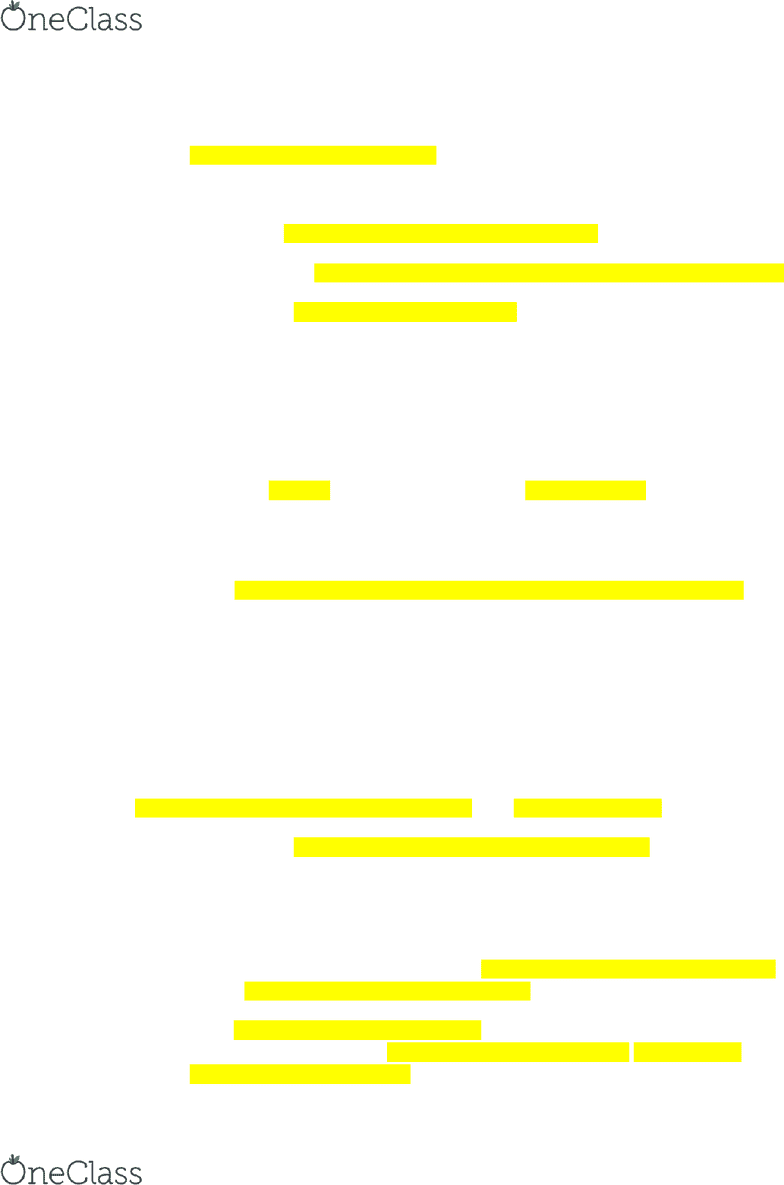 Most recent year for which suicides are available (U.S. data):
Over 38 000 people died by suicide
More than 8 000 000 Americans seriously consider suicide each year
Of those who die by suicide, males outnumber females 4:1
However, 3:1 female-male ratio for suicide attempts (holds true for Canada)
Suicide ranked tenth among all causes of death
Third among persons 15-24 y/o
Powerful impact on those left to grieve death by suicide; Shneidman: person who dies by suicide
emotionally burdens survivors with his psychological skeletons
Each suicide affects approx. 6 other people
Average of 1 suicide (and, thus, 6 new survivors) every 18 minutes in U.S.
Left to deal with guilt and anger, sift good memories from the bad, and try to fathom an
inexplicable act
Knowledge of extent to which suicide pervades modern society is diminished/distorted;
difficulties in compiling accurate suicide statistics:
Religious and bureaucratic prejudices
Family sensitivity
Differences in proceedings of coroner’s hearings and post-mortem examinations
Shadowy distinctions between suicides and accidents (or victim-precipitated homicides)
Actual number of suicide deaths per year likely to be higher than statistics report
Official counts understate number of suicides by as much as 50%
Death unlikely to be classified as suicide unless coroner/medical examiner suspects
suicide, based on history of suicidal tendencies/self-injurious acts, presence of a suicide
note, or circumstances of death clearly pointing to suicide
Fifty-one percent rule of suicide: neither matter of elimination nor default
option; must be positively demonstrated
When mode of death is uncertain/unclear – and questions surround suicidal versus
accidental manner of death – likely to be classified as accidental (unless careful
investigation proves otherwise)
find more resources at oneclass.com
find more resources at oneclass.com 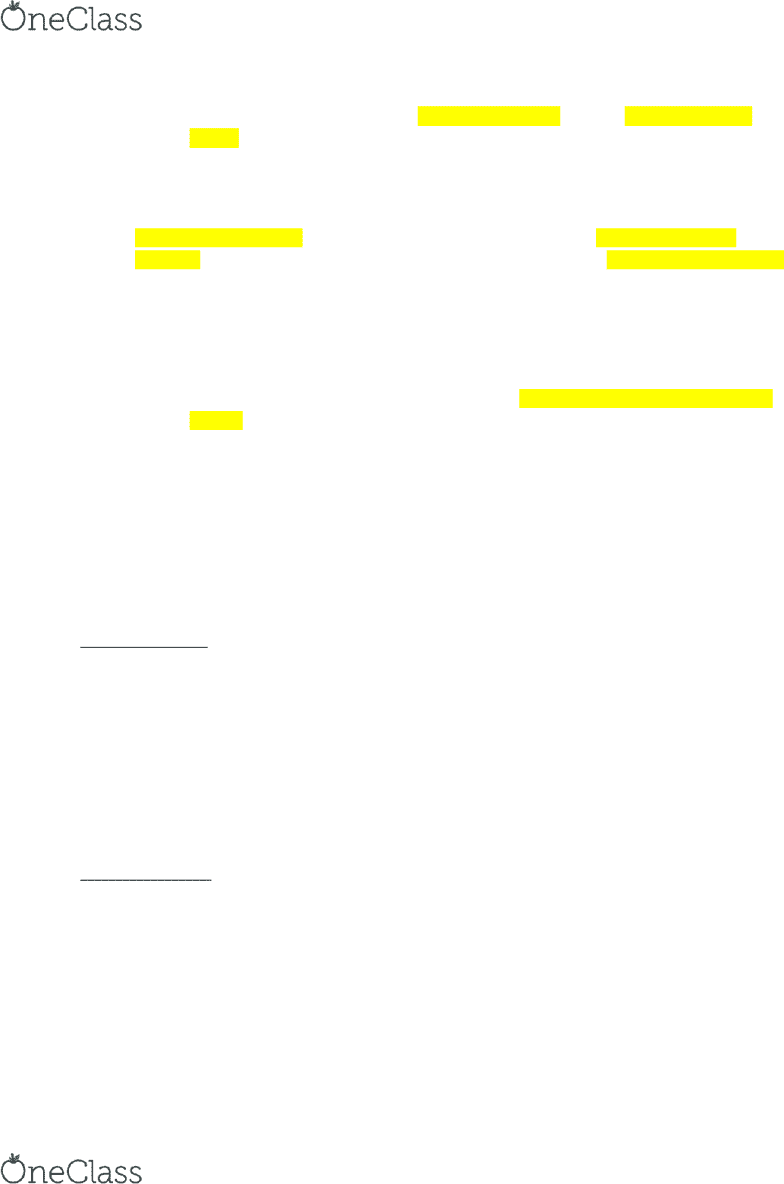 Autocides: what seemed to be an automobile accident, but was really a disguised
suicide
Some authorities believe that if these were added to known statistics, suicide
would climb to top killer of young people
In addition to accidents (particularly those involving automobiles), victim-precipitated
homicide (variously classified as homicide, suicide, or undetermined) may mask suicidal intent
May provoke others in an attempt to enlist help of others in causing his/her own death
Individuals can create violent situations in which they are likely to be killed, thereby
possibly “dying as heroes”
“Murder-suicide syndrome”: some individuals murder others and then seek death
penalty as form of suicide
Subcategory of “suicide by cop”: occurs when individuals engage in life-threatening
and criminal actions that force police to shoot and kill them; two categories:
Fleeing felon: tries to escape and, once cornered, decides he is going out in
“blaze of glory” (“bad guy”)
Emotionally disturbed person seeking escape from mental pain or some life
failure (“sad guy”)
Canadian Statistics
Canadian Association for Suicide Prevention:
Each day, 210 attempters and 11 completers
2012: suicide ranked as 9th leading cause of death (3926 suicides)
Canadian Community Health Survey:
14.7% thought of suicide; 3.5% attempted
Gender Differences
Suicide per 100 000 by age group and sex
Suicide more prevalent among males, regardless of age
Highest prevalence in males: 40-59 y/o
Highest prevalence in females: 40-59 y/o
Men choose more lethal methods (firearms); women choose wrist-slitting or OD
find more resources at oneclass.com
find more resources at oneclass.com