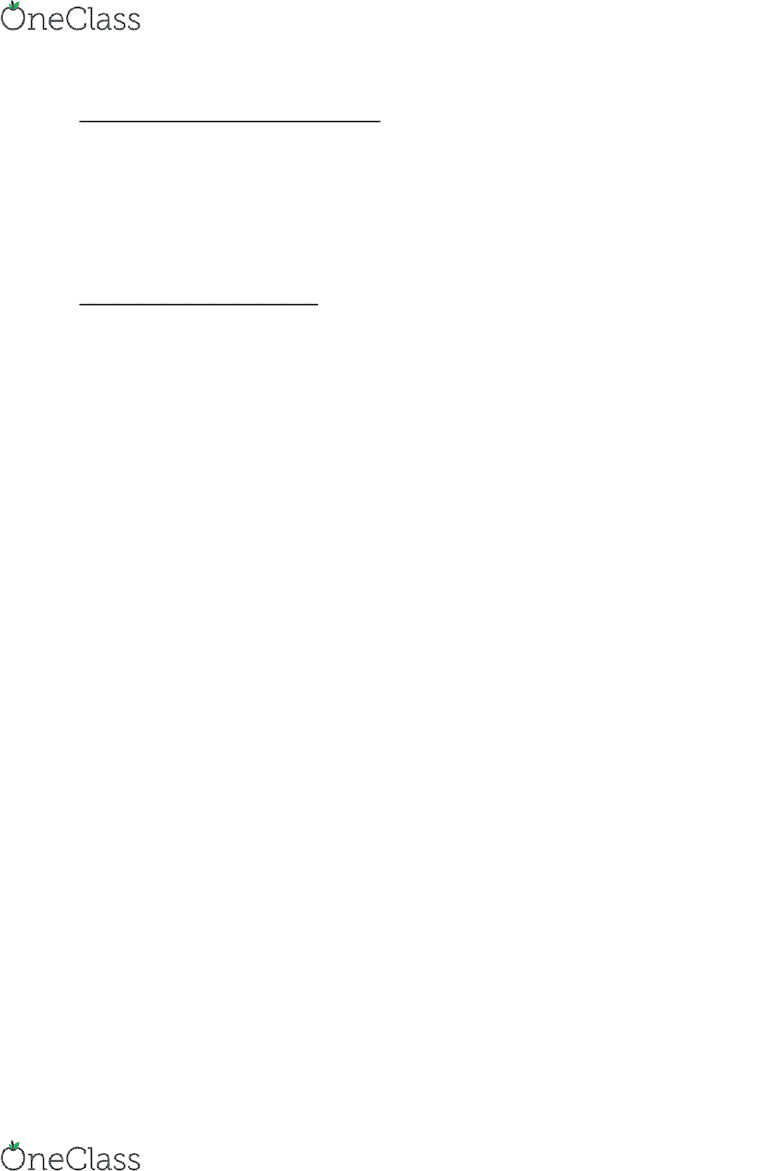 BIOM*3200 The Nervous System Week 10
By the end of this unit you should be able to:
1. Name the major anatomical structures of the nervous system.
2. Describe the function of major brain structures in the telencephalon, diencephalon,
mesencephalon, metencephalon & myelencephalon.
3. Explain the structural organization and function of the autonomic nervous system (ANS).
4. Identify the major neurotransmitters families in the CNS and ANS.
5. Identify all of the components of a reflex arc.
Structural Organization of the Brain
The CNS consists of the brain and spinal cord, it receives input from sensory neurons and directs the
activity of motor neurons. There are association neurons in the brain and spinal cord that associate
appropriate motor responses with sensory stimuli, and help to maintain homeostasis in the internal and
external environment. The CNS is also able to learn and memorize. This allows behaviour to be modified
by experience. Perceptions, learning, memory, emotions, and even self-awareness are creations of the
brain.
The early embryo contains an embryonic tissue layer on its surface known as ectoderm, this will form
the epidermis of the skin and other structures. As development progresses, a groove appears in the
etode alog the dosal idlie of the eyo’s ody. This gooe ill deepe and form a neural
tube. A separate structure will form called the neural crest, which is located between the neural tube
and the surface ectoderm. This will eventually become the CNS (neural tube) and the PNS (neural crest).
After about 4 weeks, three swellings will occur on the anterior end of the neural tube, these will form
the brain. The forebrain (prosencephalon), midbrain (mesencephalon), and hindbrain
(rhombencephalon). During the fifth week, these areas become modified to form five regions. The
forebrain divides into the telencephalon and diencephalon; the mesencephalon remains unchanged; and
the hindbrain divides into the metencephalon and myelencephalon.
The telencephalon grows disproportionately in humans, forming the two enormous cerebral
hemispheres (of the cerebrum) that cover the diencephalon, the midbrain, and a portion of the
hindbrain. The cavities of the brain are known as ventricles and become filled with cerebrospinal fluid
(CSF). The cavity of the spinal cord is called the central canal, and is also filled with CSF.
Ventricles are fluid filled cavities found within the brain. They are filled with cerebral spinal fluid, and it
is produced by tissue found in the ventricles called choroid plexuses. The cerebral spinal fluid escapes
the ventricles through small openings called foramen into the subarachnoid space.
CSF in the ventricles is moved by pulsations of the choroid plexuses and by cilia on the ependymal cells
that line the ventricles. The CSF is reabsorbed into venous blood across arachnoid villi that project
through the dura mater, the outer connective tissue covering of the CNS.
The brain and spinal cord are encased in three connective tissue layers called the meninges. Out to in:
dura mater, arachnoid matter, and pia matter. The space between the pia and arachnoid matter is
where CSF is, and it protects the brain from mechanical damage.
find more resources at oneclass.com
find more resources at oneclass.com
Unlock document

BIOM*3200 The Nervous System Week 10
The CNS is composed of gray and white matter. The gray matter, containing neuron cell bodies and
dendrites, is found in the cortex (surface layer) of the brain and deeper within the brain in aggregations
known as nuclei. White matter consists of axon tracts (the myelin sheaths produce the white color) that
underlie the cortex and surround the nuclei. The adult brain contains an estimated 100 billion neurons,
weighs approximately 1.5 kg (3 to 3.5 lb), and receives about 15% of the total blood flow to the body per
minute. This high rate of blood flow is a consequence of the high metabolic requirements of the brain.
The brains of adult mammals contain neural stem cells that can develop into neurons and glial cells.
Neurogenesis—the formation of new neurons from neural stem cells—has been demonstrated in two
locations. One location is the subventricular zone, a thin layer adjacent to the ependyma that lines the
lateral ventricles. In humans, the new interneurons generated in the subventricular zone migrate to an
area called the striatum, involved in the regulation of motor control and cognitive functions. Robust
neurogenesis also occurs in a second brain area—the subgranular zone of the hippocampus.
Cerebrum
The cerebrum is the only structure of the tencephalon, and is the largest portion of the brain (80% of its
mass). This region is primarily responsible for higher mental functions. It consists of right and left
hemispheres, which are connected internally by the corpus callosum.
Cerebral Cortex
The cerebrum consists of an outer cerebral cortex, which is composed of 2-4mm of grey matter and
underlying white matter. The cerebral cortex is characterized by numerous folds and grooves called
convolutions. The elevated folds are gyri, and the depressed grooves are sulci. Each cerebral hemisphere
is subdivided by deep sulci, into five lobes. These lobes are the frontal, parietal, temporal, occipital, and
insula (not visible on surface).
The frontal lobe is the anterior portion of each cerebral hemisphere. A deep fissure, called the central
sulcus, separates the frontal lobe from the parietal lobe. The precentral gyrus, involved in motor
control, is located in the frontal lobe just in front of the central sulcus. The cell bodies of the
interneurons located here are called upper motor neurons. The postcentral gyrus, which is located
behind the central sulcus in the parietal lobe, contains the somatosensory cortex. This is the primary
area responsible for the perception of somatesthetic sensations—sensations arising from cutaneous,
muscle, tendon, and joint receptors.
The temporal lobe contains auditory centers that receive sensory fibers from the cochlea of each ear. It
is also involved in the interpretation and association of auditory and visual information.
The occipital lobe is the primary area responsible for vision and for the coordination of eye movements.
The insula is said to be responsible in the encoding of memory and in the integration of sensory
information with visceral responses. It receives olfactory, gustatory, auditory, and somatosensory
(mostly pain) information, and helps control autonomic responses to the viscera and cardiovascular
system.
Mirror neurons (premotor areas of frontal lobes) become active when a person performs a goal-directed
action or sees another individual perform the same action. Other mirror neurons involved in higher
find more resources at oneclass.com
find more resources at oneclass.com
Unlock document

BIOM*3200 The Nervous System Week 10
somatosensory processing in the parietal lobe respond when a person is touched in a body location
or sees another individual touched in the same location.
Scientists believe that mirror neurons are involved in the ability to imitate others, understand the
intentions and behavior of others, and empathize with the emotions displayed by others. These abilities
are required for the acquisition of social skills and perhaps also of language, a possibility supported by
the oseatio that hua io euos ae foud i Boa’s area, needed for language.
Basal Nuclei
Basal nuclei are masses of grey matter composed of neuron cell bodies located deep within the white
matter of the cerebrum.
The most prominent of the basal nuclei is the corpus striatum, which consists of several masses of
nuclei. The upper mass, caudate nucleus, is separated from two lower masses, collectively lentiform
nucleus. The lentiform nucleus consists of a lateral portion, the putamen, and a medial portion, the
globus pallidus. The basal nuclei function in the control of voluntary movements.
The areas of the cerebral cortex that control movement send axons to the basal nuclei, primarily the
putamen. These cortical axons release the glutamate, which stimulates neurons in the putamen. Those
neurons then send axons from the putamen to other basal nuclei. These axons are inhibited by the
release of GABA. The globus pallidus and sustantia nigra send GABA-releasing inhibitory axons to the
thalamus. The thalamus then sends excitatory axons to the motor areas of the cerebral cortex,
completing the motor circuit. This allows intended movements to occur while inhibiting unintended
movements.
Cerebral Lateralization
Each cerebral cortex controls movements of the contralateral (opposite) side of the body. At the same
time, somatesthetic sensation from each side of the body projects to the contralateral postcentral gyrus
as a result of decussation (crossing over) of fibers. In a similar manner, images falling in the left half of
each retina project to the right occipital lobe, and images in the right half of each retina project to the
left occipital lobe. Each cerebral hemisphere, however, receives information from both sides of the body
because the two hemispheres communicate with each other via the corpus callosum.
The two hemispheres appear to have complementary functions. The term cerebral lateralization, or
specialization of function in one hemisphere or the other, is thus now preferred to the term cerebral
dominance, although both terms are currently used.
Experiments have shown that the right hemisphere does have limited verbal ability; more noteworthy is
the observation that the right hemisphere is most adept at visuospatial tasks. The right hemisphere, for
example, can recognize faces better than the left, but it cannot describe facial appearances as well
as the left. Patients with damage to the right hemisphere have difficulty finding their way around a
house and reading maps.
Perhaps as a result of the role of the right hemisphere in the comprehension of patterns and part-whole
relationships, the ability to compose music, but not to critically understand it, appears to depend on the
right hemisphere. Interestingly, damage to the left hemisphere may cause severe speech problems
while leaving the ability to sing unaffected.
find more resources at oneclass.com
find more resources at oneclass.com
Unlock document