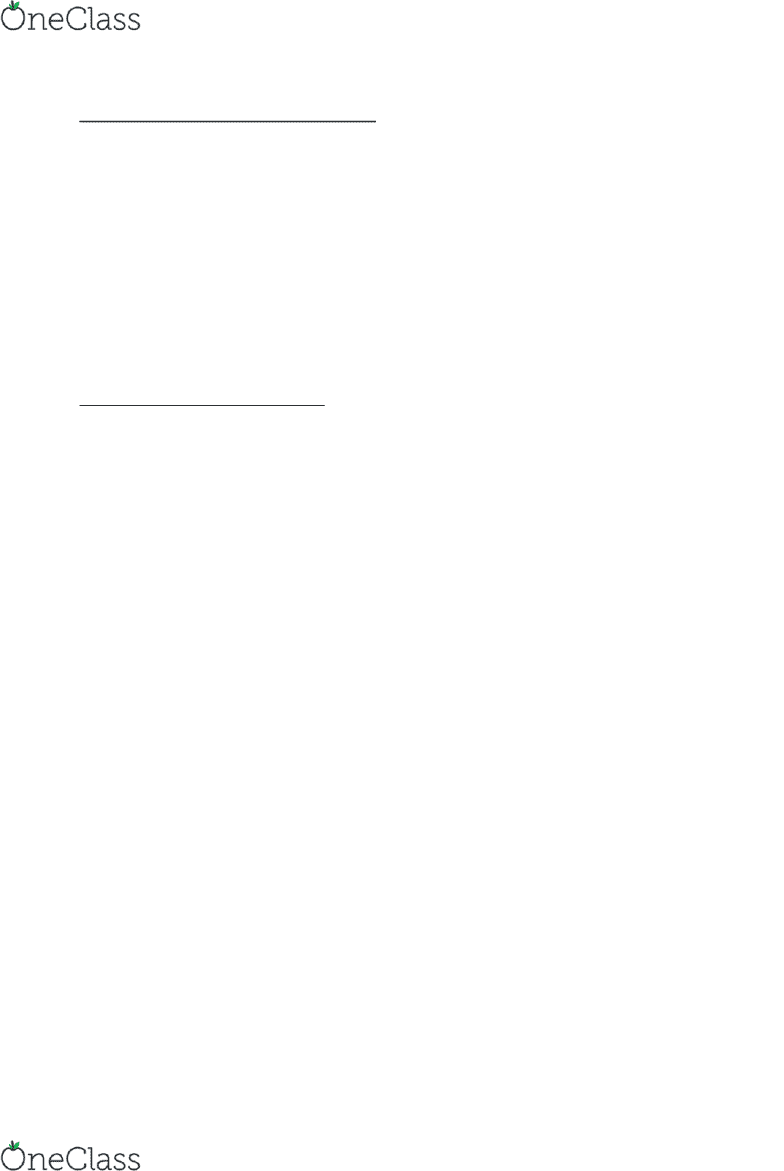 BIOM*3200 Digestive Physiology Week 12
By the end of this unit you should be able to:
1. Identify major anatomical regions of the alimentary canal and accessory digestive organs.
2. Describe the organization and function of the enteric nervous system.
3. List the secretions of the gastric mucosa, the cell types and how secretions digestion proteins in
the stomach.
4. Describe the organization of villi, microvilli and brush border enzymes of the small intestine and
how nutrients are absorbed.
5. Explain the exocrine pancreas, list constituents of pancreatic secretions and how they facilitate
digestion of nutrients.
6. Trace path of fat absorption from bile formation in liver lobules to the lacteals of the microvilli.
7. Describe the role of the large intestine in water and electrolyte absorption and the defecation
reflex.
Introduction to the Digestive System
In digestion, the gastrointestinal tract turns large molecules (polymers) into small molecules
(monomers). This happens via hydrolysis reactions. After this occurs the monomers travel across the
wall of the small intestine, into the blood and lymph, this is absorption. Therefore digestion and
absorption are the primary functions of the digestive system.
The composition of food is similar to a lot of body tissues, and therefore enzymes that digest food could
also digest these tissues if there were nothing protecting them. The fully active digestive enzymes are
normally confined to the lumen (cavity) of the gastrointestinal tract.
In summary, the functions of the digestive system include:
1. Motility. Ingestion, mastication, deglutition (swallowing), and peristalsis/segmentation.
2. Secretion. Exocrine and Endocrine.
3. Digestion.
4. Absorption.
5. Storage and Elimination.
6. Immune Barrier.
The digestive system can be divided into the tubular gastrointestinal tract, and accessory digestive
organs. The GI tract extends from the mouth to the anus, the organs involved are the oral cavity, the
pharynx, esophagus, stomach, small and large intestine. The accessory digestive organs are the teeth,
tongue, salivary glands, liver, gallbladder and the pancreas.
Layers of the Gastrointestinal Tract
The GI tract is composed of four layers: the mucosa, the submucosa, the muscularis, and the serosa.
The mucosa lines the lumen of the GI tract and is the absorptive and major secretory layer. It has a
simple columnar epithelium which is supported by a thin layer of connective tissue containing numerous
lymph nodules. Then it has a thin layer of smooth muscle that creates the small folds in certain portions
of the GI tract. These increase the absorptive surface area. There are also specialized goblet cells found
in the mucosa that secrete mucous.
find more resources at oneclass.com
find more resources at oneclass.com
Unlock document

BIOM*3200 Digestive Physiology Week 12
The submucosa is a highly vascular layer of connective tissue. This is where the absorbed molecules
enter the blood and lymphatic vessels. It also contains the submucosal plexus which provides the nerve
supply to the smooth muscles in the mucosa of the small and large intestine.
The muscularis is responsible for segmental contractions and peristaltic movement through the GI tract.
It has an inner circular, and outer longitudinal layer of smooth muscle. Contractions of these layers
move the food along the tract and pulverize and mix the food with digestive enzymes. The myenteric
plexus is located between the two muscle layers and provides the major nerve supply to the entire GI
tract. It has connections to both the sympathetic and parasympathetic nervous systems.
The serosa is the outer layer of the wall of the GI tract. It is continuous with the mesentery and visceral
peritoneum.
Regulation of the Gastrointestinal Tract
The GI tract is innervated by the sympathetic and parasympathetic divisions of the autonomic nervous
system. Parasympathetic nerves stimulate motility and secretions of the gastrointestinal tract. The vagus
nerve is the source of parasympathetic activity in the esophagus, stomach, pancreas, gallbladder, small
intestine, and upper portion of the large intestine. The lower portion of the large intestine receives
parasympathetic innervation from spinal nerves in the sacral region. The effects of the sympathetic
nerves reduce peristalsis and secretory activity and stimulate the contraction of sphincter muscles
along the GI tract; therefore, they are antagonistic to the effects of parasympathetic nerve stimulation.
The gastrointestinal tract contains intrinsic sensory neurons that have their cell bodies within the gut
wall and are not part of the autonomic system. These help in the local regulation of the digestive tract
by a complex neural network within the wall of the gut called the enteric nervous system, or enteric
brain. Regulation by the enteric nervous system complements paracrine regulation by molecules acting
locally within the tissues of the GI tract, as well as hormonal regulation by hormones secreted by the
mucosa.
From Mouth to Stomach
Peristaltic contractions of the esophagus deliver food to the stomach, which secretes acidic gastric juices
that is mixed with food via gastric contractions. Pepsin in this mixture helps partially digest food.
Mastication mixes the food with saliva. Saliva contains mucus, anti-microbial agents, and salivary
amylase, this enzyme partially digests starch. Deglutition (swallowing) is divided into three phases: oral,
pharyngeal, and esophageal. Swallowing involves coordinated contractions of 25 pairs of muscles in the
mouth, pharynx, larynx, and esophagus. The muscles of the mouth, pharynx, and upper esophagus are
striated and innervated by somatic motor neurons. The muscles of the middle and lower esophagus are
smooth and innervated by autonomic neurons. The oral phase is under voluntary control, while the
pharyngeal and esophageal phases are automatic and controlled by the swallowing center in the brain
stem.
Esophagus
The esophagus is lined with a nonkeratinized stratified squamous epithelium. The upper third of the
esophagus contains skeletal muscle, the middle is a mixture between skeletal and smooth, and the
lower portion is smooth muscle.
find more resources at oneclass.com
find more resources at oneclass.com
Unlock document

BIOM*3200 Digestive Physiology Week 12
The lower esophageal sphincter releases the food into the stomach. This sphincter (not true bc we are
able to throw up) stays closed unless swallowing is occurring. This happens in order to stop stomach
contents from entering the esophagus. If the acidic contents of the stomach do enter the esophagus,
this is called heartburn.
Stomach
The stomach is continuous with the esophagus and releases its product into the duodenum of the small
intestine. The functions of the stomach are to store food, initiate digestive proteins, to kill bacteria, and
to move the food into the small intestine as chyme.
The stomach is divided into the fundus, the body, and the pyloric region. The contractions of the
stomach mix around the chyme, and push this partially digested food into the first part of the small
intestine.
The inner surface of the stomach is made of long folds called rugae. The openings of these folds are
called gastric pits, which contain gastric glands. The gastric glands contain several types of cells that
secrete different products:
1. Mucous neck cells (protect the stomach from itself)
2. Parietal cells (secrete HCl)
3. Chief cells (secrete pepsinogen, an inactive form of pepsin)
4. Enterochromaffin-like (ECL) cells (secrete histamine and serotonin as paracrine regulators of the
GI tract)
5. G cells (secrete gastrin into the blood)
6. D cells (secrete somatostatin)
The gastric mucosa also secretes intrinsic factor, which is required in order for the intestines to absorb
vitamin B12 (necessary for RBC creation in the bone marrow).
All of these secretions form a highly acidic solution known as gastric juice.
Pepsin and Hydrochloric Acid Secretion
The parietal cells secrete H+, at a pH as low as 0.8 into the gastric lumen by active transport. These
carriers are H+/K+ ATPase pumps, so they pump H+ out and let K+ in. In potassium recycling, the K+
inside the parietal cells then leaks out through K+ channels to prevent K+ from depleting in the gastric
lumen. The apical surface of each parietal cell has a lot of microvilli that increase its SA in order to allow
for the insertion of a large number of H+/K+ pumps.
The parietal cells basolateral membranes let out Cl- by taking in bicarbonate, which forms by the
dissociation of carbonic acid. This allows bicarbonate to be secreted into the blood.
Secretion of hydrochloric acid by the parietal cells is stimulated by gastrin, histamine, and ACh. Gastrin is
secreted by G cells, enters the general circulation, and can stimulate parietal cells directly by binding to
receptors on the parietal cell basolateral membrane. Gastrin stimulation of HCl secretion is mostly
indirect; gastrin stimulates ECL cells to secrete histamine, and histamine acts as a paracrine regulator
to stimulate the parietal cells to secrete HCl. Histamine stimulation of parietal cells is mediated by the
find more resources at oneclass.com
find more resources at oneclass.com
Unlock document