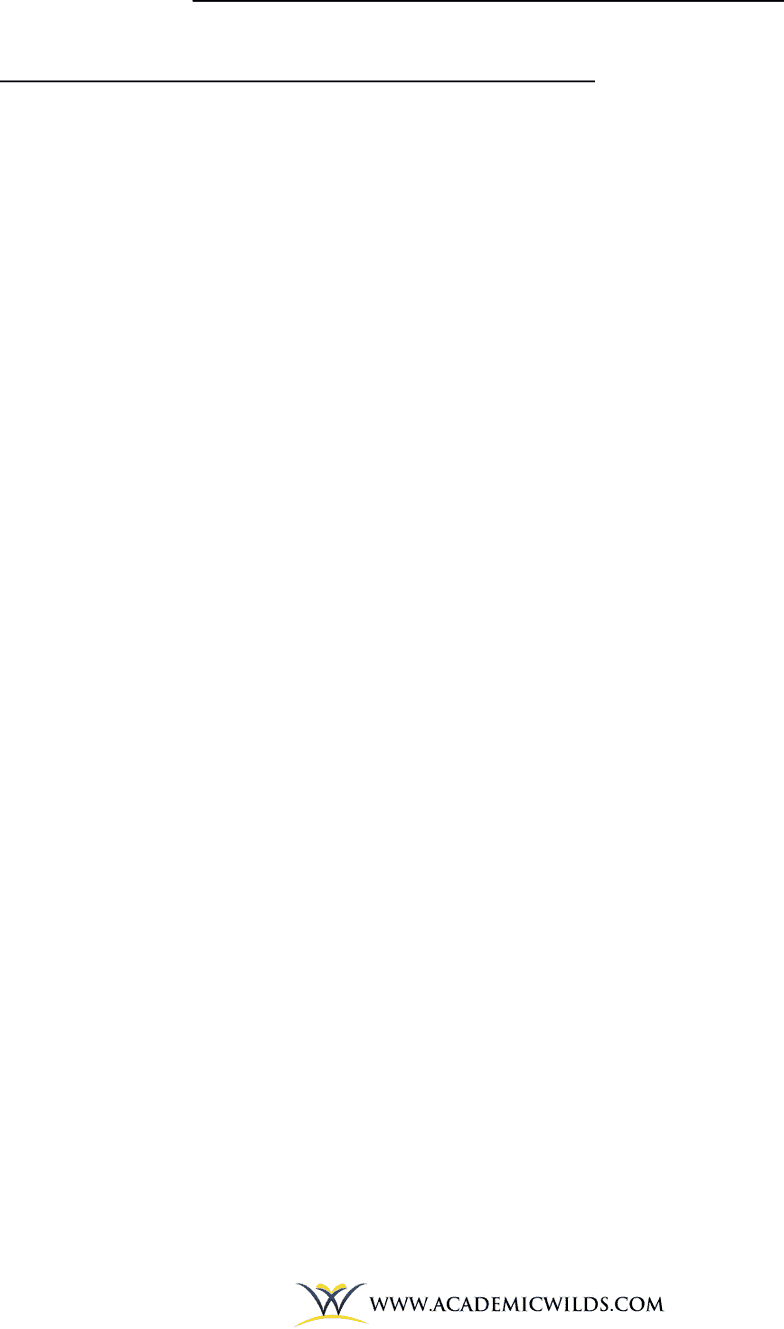 Page 1 of 39
Business and Consumer Law Midterm #1 Chapter Summary
Chapters 1, 2, 3, 4, 10, 11, 12, 5, 6, 7, 8, 9, 23, 24
Chapter 1- Knowledge of the Law as a Business Asset
Law in The Business Environment
o The law impacts virtually every aspect of society, including the business environment
o The law affects most business decisions- from development of the basic business idea through to
its implementation, and all the attendant matters in between, including financing, hiring,
production, marketing, and sales.
o By understanding the role of law in the multitude of business decisions that people must make, an
entrepreneur can maximize the protection that the law extends, while avoiding its pitfalls.
o Knowledge of the law is a business asset that can assist owners and managers in reaching their
goals and objectives.
o Of course, a businessperson can function with little or no understanding of the law. This lack of
knowledge, however, may result in failure to maximize opportunities or in losing out on them
altogether.
o Business law: a set of established rules governing commercial relationships, including the
enforcement of rights. It also:
 Defines general rules of commerce
 Protects business ideas and more tangible forms of property
 Provides mechanisms that permit businesspeople to select their desire degree of
participation and exposure to risk in business ventures
 Seeks to ensure that losses are borne by those who are responsible for them
 Facilitates planning by ensuring compliance with commitments
Rules and Principles
o Law: the set of rules and principle guiding conduct in society primarily by protecting persons and
their property, facilitating personal and commercial interaction, and providing mechanisms for
dispute resolution.
Protecting Persons and Their Property
o The most familiar purpose of the law is to provide protection. Those who violate the Criminal
Code of Canada are subject to criminal sanctions.
o The law protects members of society in two ways: 1) it sets rules with penalties in order to
encourage compliance 2) It seeks to make those who break the law accountable for their
misconduct.
o The law also protects businesses by setting penalties and ensuring accountability as wells as
ensuring that losses are paid for by the parties responsible for creating them.
o Breach of Contract: failure to comply with a contractual promise
o The laws guards business interests such as a breach of contract or defamation and the law
protects those who deal with these businesses such as discriminatory practices, health and safety,
paying creditors, not selling knockoffs and laws in other countries.
o Government may also neglect to or decide against regulating in a given area. This can have
adverse consequences.
Facilitating Interactions
o The law facilitates personal interactions by providing rules concerning marriage, adoption, and
the disposal of property upon owner’s death. The law also facilitates commercial activity by
providing rules governing the marketplace ex: contract law.
Unlock document

Page 2 of 39
o Contact Law: rules that make agreements binding and therefore facilitate planning and the
enforcement of expectations.
o Although the law addresses failed relations it is not primarily about conflict. Rather, the law
functions to prevent disputes and to facilitate relationships. Nor is the law primarily about rules
that constrain commerce. Through the law does forbid certain activities its more significant role is
facilitates.
o Legal rules provide definition and context to doing business. The creation of certainty in business
relationships is on of the most important contributions that law can make to the commercial arena.
While the necessity of creating certainty means that some anticipated contracts founder when it
comes to formalizing their contract, the law has not necessarily “failed.” It is more likely means
that businesspeople involved were not as close to being in agreement as they had initially
assumed. Further discussions, perhaps through lawyers, have simply identified problems that.
Although hidden, were always there.
o No contract can recite and provide for all contingencies, there will be some issues left unstated,
but often the parities themselves find ways of overcoming these omissions. Generally, they will be
guided by the need to achieve the original intent behind the contractual relationship, with the
objective of dealing fairly with the unexpected or unaddressed event that has just occurred. In this
way, the business relationship “fill in the blanks” in the contractual arrangements. If one or both
the parities involve the legal system, a judge will apply established rules governing contracts that
lack the necessary specificity.
o The influence of the law on the business environment does not have to be exacting and literal. In
fact, parties to a business contract do not always observe their agreement to the letter, preferring
to maintain their relationship rather than sue for breach of contract. There needs to be a good
reason to risk a relationship and devote resources to litigation. The business relationship
determines whether strict legal rights will be insisted upon. This is an important reality that
affects how the law actually operates in the business environment.
o Litigation: the process involved when one person sues another.
Providing Mechanisms for Dispute Resolution
o Whether a conflict can or even should be resolved outside the formal legal system depends on the
circumstances.
o Maintaining a good business relationship with the party in breach- or at least minimizing the
financial costs of the dispute- is often much more important than proving yourself to be “right” in
the court of law. Questions to ask include:
 Are legal proceedings absolutely necessary, at least right now?
 Is there a way to resolve the problem from a larger, relationship-preserving
perspective, rather than from a strictly legal viewpoint?
o Solutions to a legal dispute exist at various levels of formality:
1) Parties try to come to a resolution between themselves and produce, if necessary,
a formalized settlement agreement.
2) Meditation: a process through which the parties to a dispute endeavor to reach
a resolution with the assistance of a neutral person.
3) Arbitration: a process through which a neutral party makes a decision (usually
binding) that resolves a dispute.
4) Sometimes, however one business will commence legal action against another
and take the matter to court. IT is essential to a workable business environment
that the last resort solution provided by the litigation process be available to the
disputants. In this way, the liability (the legal responsibility for the event or loss
that has occurred) of one business to another can be established.
Unlock document

Page 3 of 39
How and Why the Law Works
o There are any number of ways to resolve a dispute, including trial by ordeals, pistol duel, and even
modern-day drive by shootings. What these methods lack, however, is accordance with modern
ideas of what is just, fair, and reasonable.
o Canada’s legal system stands in opposition to such inequitable, arbitrary, and violent alternatives.
Whole our legal system is far from perfect, it possesses essential improvements over its
predecessors because it determines liability in accordance with certain principles and processes
that are regarded as just.
o The goals of the Canadian justice system are ambitious and often difficult to achieve. There are
also obvious limitations to what the law can actually accomplish, even when it is most successful.
The law can, however, offer itself as a mechanism for achieving the goals of protection,
facilitations and dispute resolution.
Knowledge of the law as a Business Asset
o Entrepreneurs can use the law to protect and advance their business interests. Conversely, they
can cause themselves much anxiety, grief, and financial loss by ignoring the law.
o An effective way to avoid negative business experience and enhance returns is to implement a risk
management plan.
o Legal Risk Management Plan: a comprehensive action plan for dealing with the legal risks
involved in operating a business by identifying the legal risk associated with a business and
implement concrete measure for managing those risks. The objective is to identify and plan for
risks before they occur rather than adopting the reactive mode.
Law and Business Ethics
o From the perspective of reputation and profitability, it is not enough for a commercial enterprise
simply to comply with the law. Business ethics also provide an increasingly important overlay.
o Business ethics: moral principle and values that seek to determine right and wrong in the
business world. Business ethics require entrepreneurs to conform to principles of commercial
morality, fairness and honesty from labor practices and advertising to spamming and
environmental protection.
o Sometimes ethical standards are even stricter than legal ones. Skirting ethical norms can lead to
lost revenue, bad publicity, public demonstrations and condemnation for contributing to social
injustice ex: Nike and Shell.
Unlock document