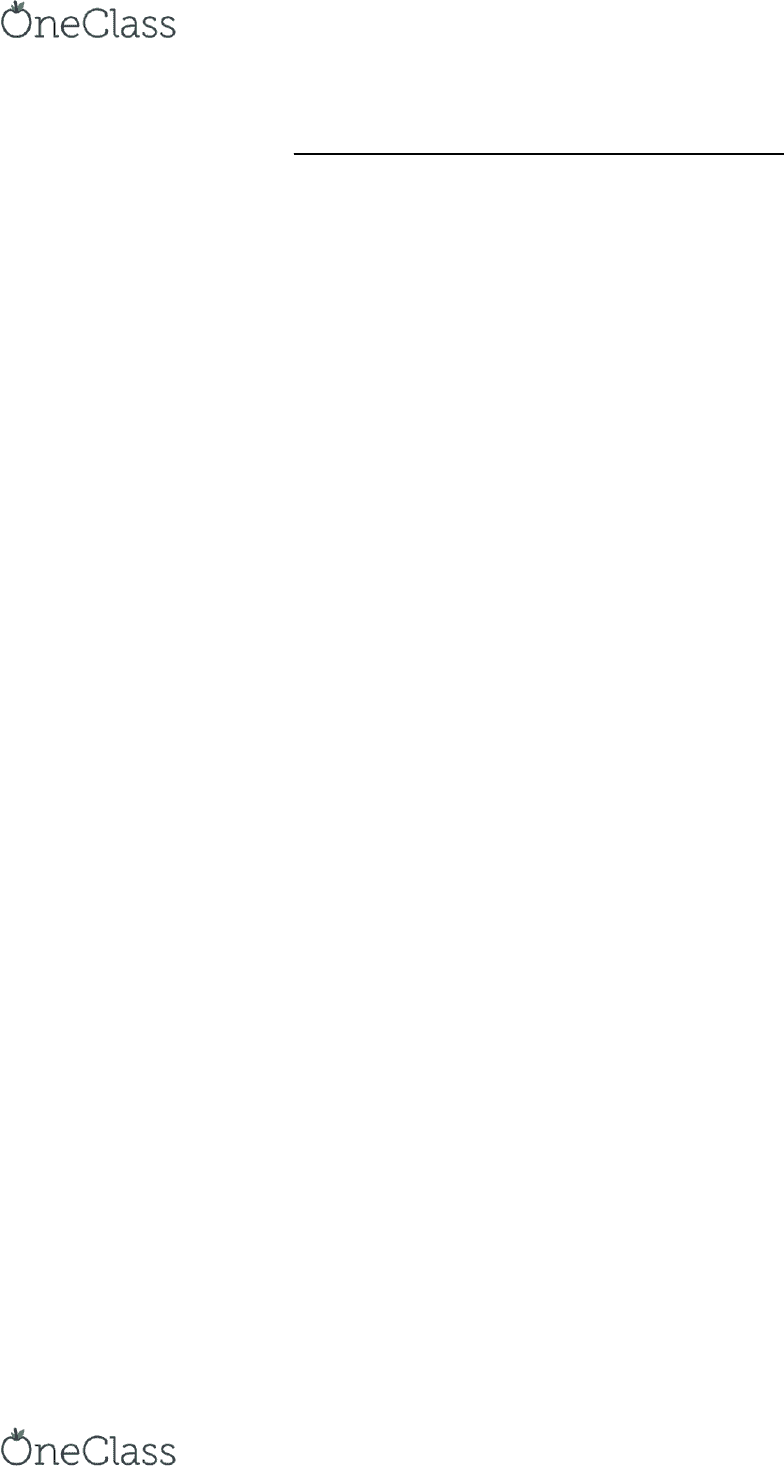 Developmental Psyc Textbook Reading Chapter 10
What is Intelligence?
• Piaget defined it as “adaptive thinking or action”
• Most definitions center around “the ability to think abstractly or to solve problems
efficiently”
• Different theorists have different ideas about which attributes they call intelligence
Psychometric approach continued
• Defined as: “a theoretical perspective that portrays intelligence as a trait (or set of traits)
on which individuals differ; psychometric theorists are responsible for development of
standardized intelligence tests
• The theorists’ goal then is to identify what those traits might be and to measure them so
that intellectual differences among individuals could be described
• Psychometrians could not agree on the structure of intelligence
Alfred Binet’s Singular Component Approach
• Binet and Theodore Simon produced the forerunner of our modern intelligence tests
• Were commissioned by the French government to construct a test that would identify
“dull” children who might profit from remedial instruction
• They devised a large battery of tasks measuring skills presumed to be necessary for
classroom learning: attention, perception, memory, numerical reasoning, verbal
comprehension
• Items that successfully discriminated normal children from those described by teachers as
dull or slow were kept in the final test
• 1908- Binet-Simon test was revised and all test items were age-graded
• this age-grading of test items for ages 3-13 allowed a more precise assessment of a
child’s level of intellectual functioning
• a child who passed all items at the 5-year-old level but none at the 6-year level was said
to have a mental age of 5 years
o mental age: a measure of intellectual development that reflects the level of age-
graded problems a child is able to solve
• a child who passed all items at the 10-year-old level and half of those at 11-year-old level
would have an MA of 10 ½ years
• thus Binet and Simon had created a test that enabled them to identify slow learners and to
estimate all children’s levels of intellectual development
• Alfred Binet – father of intelligence testing
Factor Analysis and the Multicomponent view of Intelligence
• Other psychometric theorists challenged the notion that a single score, such as mental
age, could represent human intellectual performance
• Their point was that intelligence tests require people to perform a variety of tasks, such as
defining words or concepts, extracting meaning from written passages, answering general
information questions, reproducing geometric designs with blocks, and solving puzzles
• One way of determining whether intelligence is a single attribute is to ask participants to
perform a large number of mental tasks and then analyze their performances using a
statistical procedure called factor analysis:
o Statistical procedure for identifying clusters of tests or test items (called factors)
that are highly correlated with one another and unrelated to other test items
find more resources at oneclass.com
find more resources at oneclass.com
Unlock document

• Each factors presumably represents a distinct mental ability
Early Multicomponent theories of Intelligence
• Charles Spearman was the first to use factor analysis to determine whether intelligence
was one or many abilities
• He found that a child’s scores across a variety of cognitive test were moderately
correlated and thus inferred there must be a general mental factor, which he called g
o g: Spearman’s abbreviation for neogenesis, which means an individuals ability to
understand relations (or general mental ability)
• however, he noticed that intellectual performance was often inconsistent
• so Spearman proposed that intellectual performance has 2 aspects: g and s or special
abilities, each of which is measured by a particular test
o s: Spearman’s term for mental abilities that are specific to particular tests
• Louis Thurstone also took the factor analysis approach to mental abilitiy
• When he factor-analyzed 50 mental tests administered to grade 8 students and college
students, he found 7 factors that he called primary mental abilities:
o 7 mental abilities, identified by factor analysis that Thurstone believed to
represent the structure of intelligence
o these 7 were: spatial ability, perceptual speed, numerical reasoning, verbal
meaning, word fluency, memory, and inductive reasoning
o he then concluded that these 7 make up Spearman’s idea of g
Later Multicomponent Theories of Intelligence
• Spearman and Thurstone suggested there may be small number of basic mental abilities
that make up what we call intelligence
• J.P. Guilford disagreed and proposed that there are as many as 180 basic mental abilities
o He arrived at this by classifying cognitive tasks into 3 major dimensions: 1)
content (what must the person think about) 2) operations (what kind of thinking is
the person asked to perform) 3) products (what kind of answer is required)
o He then argued that there are 5 kinds of intellectual contents, 6 kinds of mental
operations, and 6 kinds of intellectual products
• Structure of intellect model: Guilford’s factor analytic model of intelligence, which
proposes that there are 180 distinct mental abilities
• Finally Raymond Cattell and John Horn have influenced current thinking about
intelligence by proposing that Spearman’s g and Thurstone’s primary mental abilities can
be reduced to two major dimension of intellect: fluid intelligence and crystalized
intelligence
o Fluid Intelligence: ability to perceive relationships and solve relational problems
of the type that are not taught and are relatively free of cultural influences
o Crystalized Intelligence: the ability to understand relations or solve problems
that depend on knowledge acquired from schooling and other cultural influences
A More Recent Hierarchical Model
• Many psychometricians today favour hierarchical models of intelligence models:
o Model of the structure of intelligence in which a broad, general ability factor is at
the top of the hierarchy, with a number of specialized ability factors nested
underneath
• The most elaborate of hierarchical models is John Carroll’s three-stratum theory of
intelligence:
find more resources at oneclass.com
find more resources at oneclass.com
Unlock document 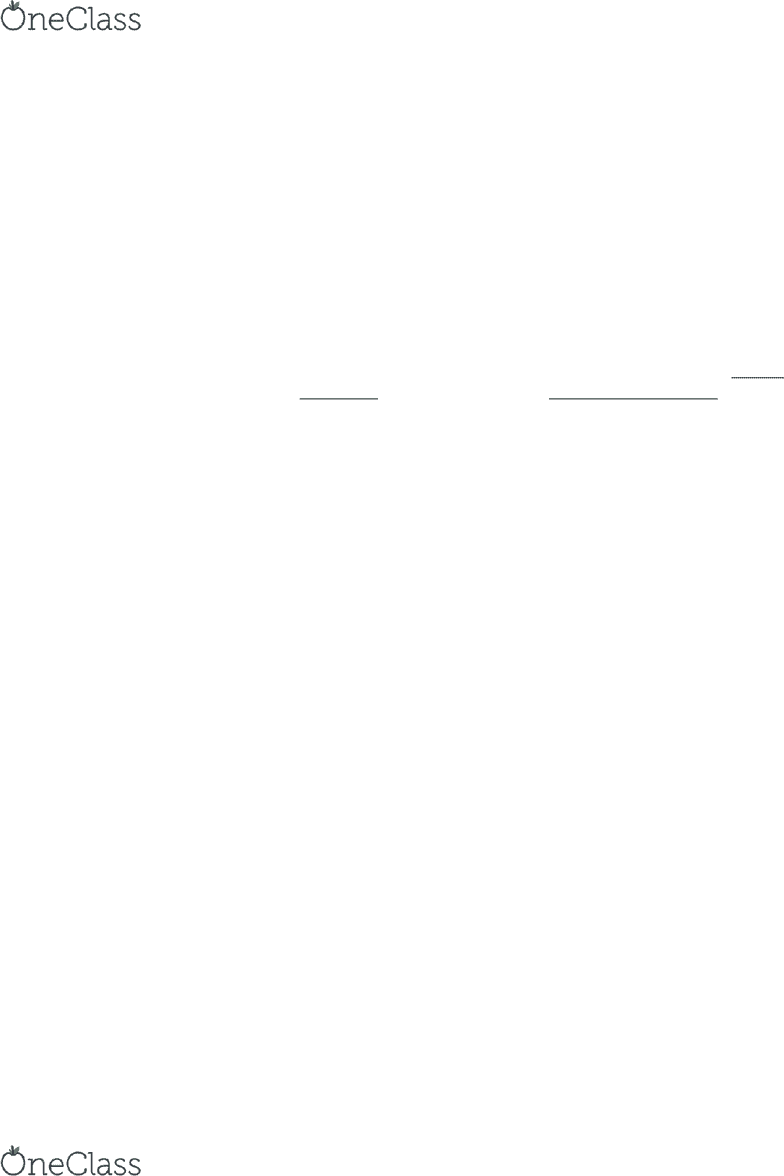 o Has g at the top of the hierarchy, eight broad abilities at the second level, or
stratum, and narrower domains of each second-stratum ability at the third stratum
• Hierarchical models depict intelligence as both an overarching general mental ability and
a number of more specific abilities that each pertain to a particular intellectual domain
The Modern Information-Processing Viewpoint
• One criticism of psychometric models is that they are narrow, focusing primarily on
intellectual content or what the child knows rather than on the processes by which this
knowledge is acquired, retained, and used to solve problems
• Do not measure other attributes that people commonly think of as indications of
intelligence such as common sense, social and interpersonal skills, and the talents that
underlie creative accomplishments in music, drama, and athletics
• Robert Sternberg proposed a triarchic theory of intelligence: theory of intelligence that
emphasizes 3 aspects of intelligent behaviour not normally tapped by IQ tests; the context
of action; the person’s experience with the tasks; and the information-processing
strategies the person applies to the task
The Contextual Component
• First, Sternberg argues that what qualifies as “intelligent” behaviour will depend in large
part on the context in which it is displayed
• Intelligent people are those who can successfully adapt to their environment – these
people display practical intelligence
• He believes you must begin to understand intelligence as a adaptive real-world
behaviour, not as behaviour in taking tests
• What is meant by intelligent behaviour may vary from one culture or subculture to
another
The Experiential Component
• According to Sternberg, a person’s experience with a task helps to determine whether that
person’s performance qualifies as intelligent behaviour
• Responses to novel challenges are an indication of the person’s ability to generate good
ideas or fresh insights
• In daily life, however, people also perform more or less intelligently on familiar tasks
• This second kind of experiential intelligence reflects automatization, or increasing
efficiency of information processing with practice
• It is a sign of intelligence when we develop automatized routines or “programs of mind”
• To test intelligence, it is crucial to know how familiar specific test items are examinees
• For example, if the items on an intelligence test are generally familiar to members of one
cultural group but novel to member of another the second group will perform worse
o Reflects cultural bias: Arises when one cultural or subcultural group is more
familiar with test items than another group and therefore has an unfair advantage
The Componential (or Information-Processing) Component
• Sternberg’s criticism of psychometric – they estimate a test taker’s intelligence from
quality of answers while ignoring how they produce the response
• Sternberg is an information processing theorist who believes we must focus on the
componential aspects of intelligent behaviour – (the cognitive process by which we size
up the requirements of problems, formulate strategies, and monitor our cognitive
activities until we accomplish goal)
find more resources at oneclass.com
find more resources at oneclass.com
Unlock document