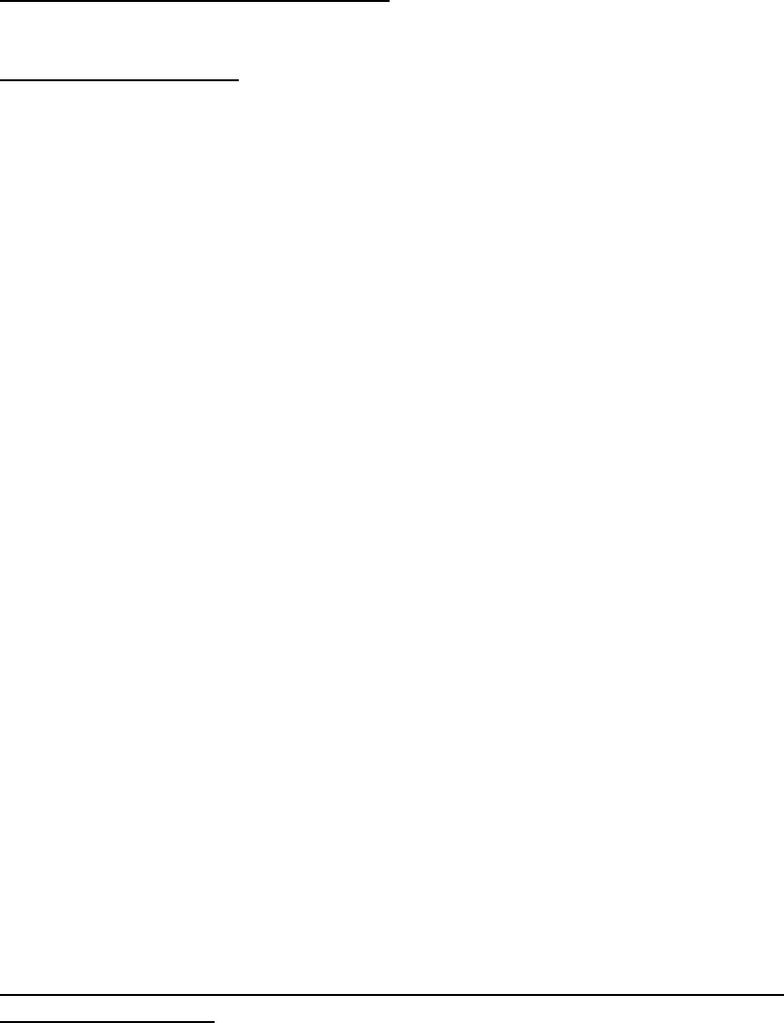 SOAN 2111 CHAPTER SUMMARIES
WEEK 1 AND 2
McDonald: pp.1-5, 15-22
•At the beginning of the 17th century, Marie de Gournay wrote some of the earliest arguments for
women’s equality
•Mary Astell, late 17th century, was both a Lockean empiricist and the author of a powerful denunciation
of injustice to women
•18th century Britain, Mary Wortley Montagu, Catherine Macaulay, and Mary Hays were both female
advocates and empiricist methodology
•Mary Wollstonecraft is know as a feminist but her work of empiricism is ignored
•Basically women have been ignored and this books compensates them for this
Parameters:
•Text does not deal with all women in the social sciences but those who helped develop the social
sciences
•**Brief overview of people and what the centuries brought as they came along**
Empiricism and Equality Rights:
•Sought to explain what was wrong and what can be done differently (everyone)
•“Social science” was first used in the French Revolution by Condorcet
•These women contributed to the very framework of empiricism
•A number of these women did both historical research and mainstream sociology
•Positive law = a law that has actually been passed – as opposed to natural law or law of nature (like
gravity)
•In 1920 Max Weber ‘positive’ argument simply referred to those based on experiences in the real world
(used interchangeably with empirical)
•Experiments in social matters are severely limited for obvious ethical reasons
•Objectivity is a goal; it will never fully be achieved
The Distinctive Contribution of Women:
•Much greater contributions than given credit for
•Considered friends, bonded through their common struggle
Course Reading Package: Ashley and Orenstein (pp.1-17) (course reading package)
Theory and Social Life
•“theory” of all kinds – especially social theory – is grounded in human interests and in commonplace
experience
•One major divide between social theorists is that some believe sociology should model itself after the
natural sciences, and others argue that sociology should be classified as part of the “humanities”
•While there is a range of human theorizing and it seems endlessly varied, we believe that all theoretical
orientations can be classified in one of three categories
oPositivist
oInterpretive
oCritical
•Positivist explanation and interpretive and critical though emerged from two distinct learning processes
Unlock document

oFirst, organisms have to learn how to adapt to, and process information about, their environments
– in the process they acquire behaviour that maximizes the possibilities of instrumental control
over them
Environments can be natural (e.g., weather) or social (e.g., traditions, customs)
oSecond, all organisms have to learn to communicate with others of their species
Communication among nonhuman animals is mostly hardwired
In contrast, human communication is arbitrary, reflective, and intersubjective
•E.g. humans cannot participate in meaningful speech patterns unless they learn a
culturally bound language that requires them to think about how their speech
practices are interpreted by the target audience
As Mead emphasized, human symbolic interaction requires subjects to “take the role of
the other” in order to participate meaningfully in cultural practices that often are quite
creative, dynamic and open-ended
•Modern scientific explanation is the highest expression of the need to master objectively defined or
given environments
•Positivism is nomothetic – it seeks generalizable, universally applicable laws
oComte and Pareto believed that social scientists should try to grasp the law that determine human
behaviour so that they can plan for a better society
•Unlike the social sciences, natural sciences (physics, bio, chem.) are driven almost exclusively by an
interest in technical theorizing
oThe most fundamental interest of the natural sciences is an interest in prediction and control
•Human communicative interaction requires the use of reflective, interpretive practices – becomes
obvious when we contrast communication among humans with communication among other type of
social actors
oExample, for humans, the cross, which might represent hope of “salvation” are both arbitrary and
learned
•Interpretive, or more hermeneutical theorists such as Weber understand the limitation of the positivistic
method – they recognize the significance of cultural or historical context in understanding the meaning
of human behaviour
•In a modern, capitalist society, the precise measurement of time is absolutely indispensable for the
articulation of social relations
•Although it had its roots in classical Greece, this third mode of explanation – critical theory – did not
become a major part of human understanding until after the Enlightenment
oCritical theory is the analysis of how domination is institutionalized within modes of
communication interaction
oIn methodological terms, critical theory is a rigorous form of self-reflection
•Humans do not respond to their environments in a direct, unmediated fashion, but participate in
consulting them by an act of interpretation
oFor example, relations of authority among people are implied and reinforced by use of our
language
Positivism
•Positivism requires a commitment to:
1) Determinism
2) Empiricism
•It is the commitment to determinism that encourages the scientist to define cause-effect relations that are
as inclusive as possible
•The causal relationships described in scientific theorizing fit into the logic of scientific explanation
according to the following model
Unlock document

Already have an account? Log in
oThis kind of explanation is described as deductive-nomological explanation aka nomothetic
science
Most scientists consider this type of explanation to be ideal for which scientific
investigators should strive
The “explanandum” (that which is explained and predictable) is deduced from the
“explanans” (that which does the explaining)
•In other words, given that the laws described are true and that the conditions listed
really do apply in a particular instance, what is described by the explanandum
must come to pass
•Thus, if the law “if iron is heated then it expands” is true, and if a particular piece
of iron is heated, we can conclude with complete certainty that this iron must
expand
•Unless experimentation occurs in a laboratory setting, it is usually impossible for sociologists t create an
experimental design that would provide grounds for the corroboration or refutation of any sociological
law
•Nomothetic science strives for generalizable explanation – seeks scientific laws that enable individuals
to predict what will enable individuals to predict what will happen under certain circumstances at any
time and in any place
•With the exception of Comte and Spencer, sociologists who have expressed an interest in positivistic
inquiry generally have not looked for invariable cause-effect relations but have searched for statistical
correlations
•Deductive log guarantees human certainty about the validity of particular conclusions
oWith deductive-nomological explanation, conclutions are always valid and must be true –
provided that the premises are true
•Statistical explanation is immeasurable inferior to deductive-nomological explanation
•Besides a commitment to determinism, the other commitment that positivism requires of an
investigation is empiricism
oEmpiricism compels the scientist to accept that empirical knowledge about the external world is
ultimately grounded in what we can learn from our sense impressions
•Empiricism is a doctrine that assumes that when we receive information about something external to us
by being able to touch it, we gain knowledge about external reality – that s, about the way the world
really is, independently of our knowing it.
oPositivism treats raw data as if they consist of what can be seen, heard, smelled, touched or
tasted – and empiricism assumes that we can see, hear, smell, touch or taste gives us pure
information about the world
o**nevertheless, the meaning of such information still has to be interpreted**
•Positivistic analysis invariably contains several levels of description, including these:
1) Abstract theory, which specifies particular relationships among concepts
2) Particular concepts, defined by the language that scientists use
3) Operational definitions, which relate concepts to empirically observable conditions
4) A description of sense impressions (seeing, touching, etc)
•The actual concepts that a positivist uses are several levs removed from the raw description of
impressions received through the senses
•Analysis requires an interpretation of what actually happened during the experiment in terms of concepts
that other scientists will find meaningful – they report what this motion meant in a particular
experimental setting
oSuch reporting requires scientists to interpret the meaning of data by reference to concepts that
they accept because of authoritative social networks of communication, not because these
concepts are mandated by empirical data
Unlock document