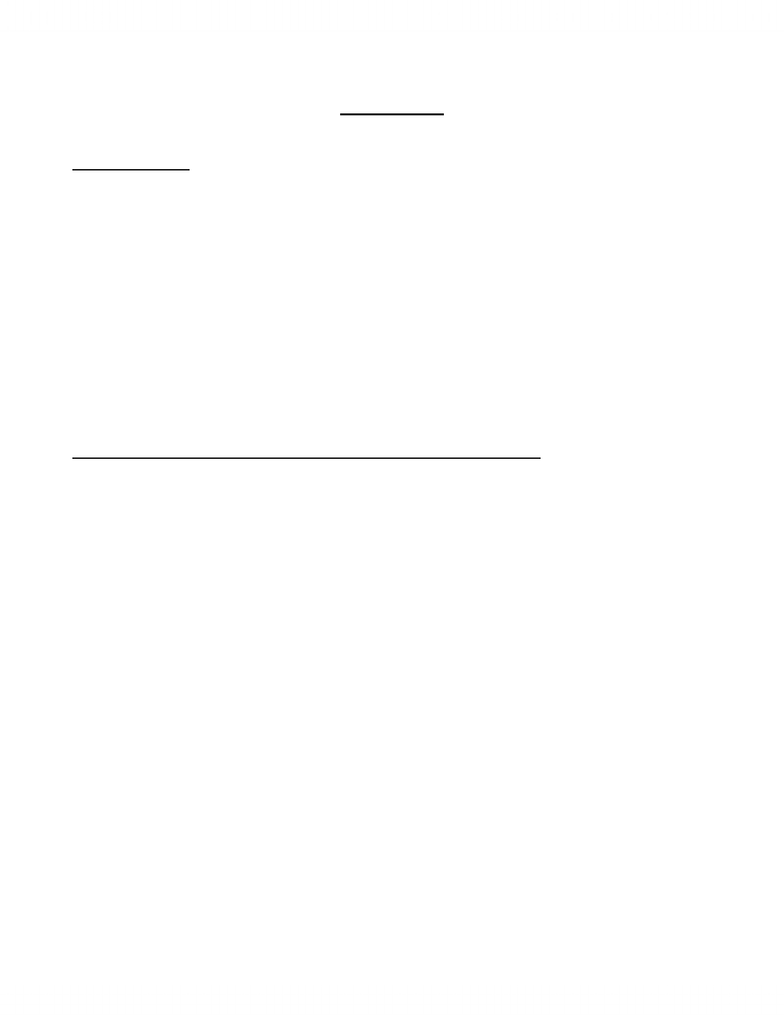 Psych. 253
Social Psych.
Chapter 7
Group Influence
What is a group?
- Group: two or more people who, for longer than a few moments, interact with and influence
one another and perceive one another as “us”
- Different groups help us meet different human needs – to affiliate (to belong to and connect
with others), to achieve, and to gain a social identity
- Three phenomenon that influence minimal interacting groups:
o Social facilitation
o Social loafing, and
o Deindividuation
- Four examples of social influence in interacting groups:
o Group polarization
o Groupthink
o Leadership, and
o Minority influence
Social Facilitation: How are we Affected by the Presence of Others?
- Co – Actors: a group of people working simultaneously and individually on a non-competitive
task
The Mere Presence of Others
- Experiment in which children had to wind string on a fishing reel as rapidly as possible: they
did it faster when they worked with co-actors than when they worked alone
- Social – Facilitation: the tendency of people to perform simple or well-learned tasks better
when others are present (original meaning). The strengthening of dominant (prevalent, likely)
responses owing to the presence of others (current meaning)
- People perform better at many things when others are present, and this is true even for
animals (ants excavate more sand when other ants are present, chicken eat more grain when
other chicken are present)
- Presence of others can also hinder performance: presence of others diminishes efficiency at
learning nonsense syllables, completing a maze, and performing complex multiplication
problems
- Another experiment in psychology: arousal enhances whatever response tendency is
dominant  easy tasks for which the dominant responses are the right answers are enhanced
when aroused, or when the person is anxious. When the task is harder and the correct answer
is not the dominant one, arousal or being anxious diminishes performance
- Using the results from above experiment, it would therefore be safe to assume that in the
presence of others, when we feel aroused / tense, our performance on easy tasks is enhanced
and difficult tasks diminished
- The previous experiment with easy tasks being enhanced by the presence of others and
difficult tasks like learning new things being diminished by the presence of others makes
sense  arousal facilitates dominant responses (enhancing easy behavior, impairing difficult
behavior)
Unlock document 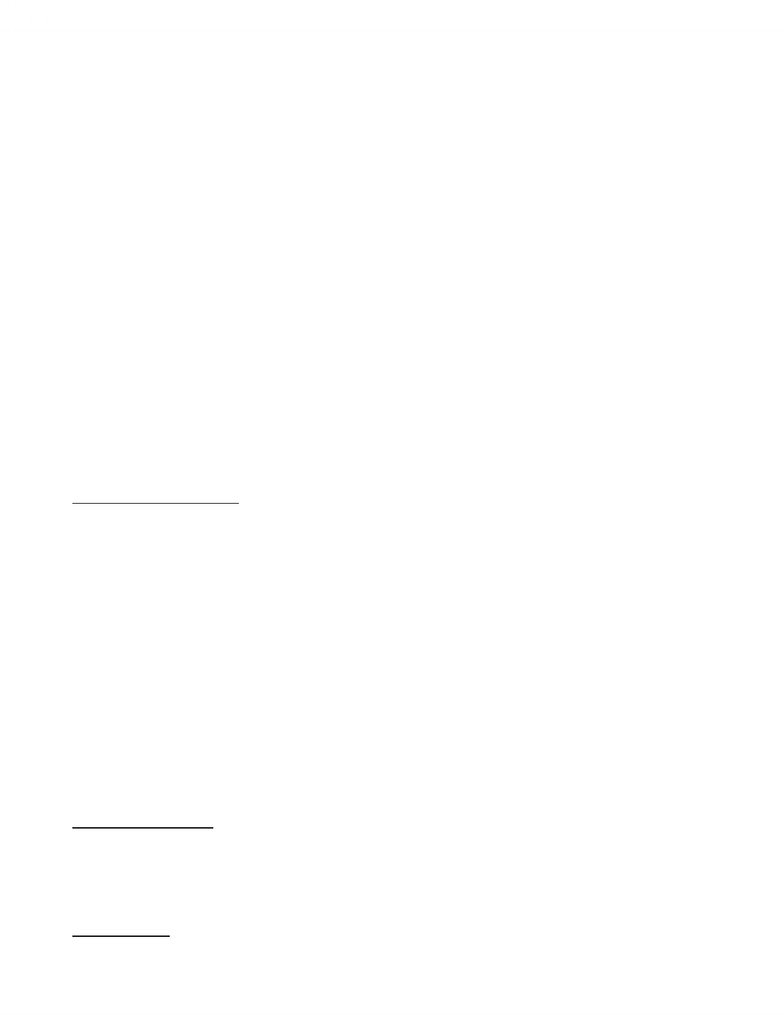 - After 300 studies involving over 25 000 participants, arousal facilitates dominant response
was shown to be correct. People who normally do well at a task, do better in the presence of
others, and those who normally perform badly on a task, do worse in the presence of others
- On average, home teams win about 6 in 10 games, home advantage may be due to the players’
familiarity with their home environment, less travel fatigue, feelings of dominance derived
from territorial control, or increased team identity when cheered by fans
Crowding: The Presence of Many Others
- In the presence of others, people tend to have higher blood pressure, a faster heart rate and
breathe faster, even a supportive audience may elicit poorer performance on challenging tasks
- The effect of others’ presence increases with their number: stutterers tend to stutter more in
front of larger audiences than when speaking with just one or two others
- Experiment in which an accomplice listened to a humorous tape or watched a movie with
other participants, and it was found that when the accomplice and the participants sat closer
together, the accomplice could more readily induce them to laugh and clap
- Crowding 35 people in a room just right for 35 people or fewer will cause greater arousal than
placing 35 people in a room fit for 100 people, and when crowded, people do better at easier
tasks and worse at difficult tasks
- Crowding therefore has similar effects to being observed by a crowd: it enhances arousal
which facilitates dominant response
Why are we Aroused in the Presence of Others?
- The three possible factors that lead to other people creating arousal: evaluation apprehension,
distraction, and mere presence
Evaluation Apprehension
- We do better in the presence of others because we are concerned as to how they are
evaluating us (evaluation apprehension)
- Experiment in which the people present were blindfolded, participants performance did not
improve in easy tasks when the people present were blindfolded the way it did when they
were not blindfolded and facing the participants
- When we think people are watching, we are anticipating that they will be evaluating us and
therefore do better
- Evaluation apprehension also explains the following:
o People perform best when their co – actor (people present) are superior
o Arousal lessens when a high status group is diluted by adding people whose opinions
don’t matter to us
o People who worry most about others’ evaluation are the ones most affected by their
presence
o Social – facilitation effects are greatest when the others are unfamiliar and hard to keep
an eye on
- Being self – conscious due to feeling that we are being evaluated makes us mess up even
automatic, easy behaviors
Driven by Distraction
- We are distracted in the tasks we try to do when we are wondering about the co-actors and
the audiences response
- Arousal can come from things like a burst of light
- Paying attention to others and the task at hand conflict and overload the cognitive system,
causing arousal  we are driven by distraction
Mere Presence
Unlock document 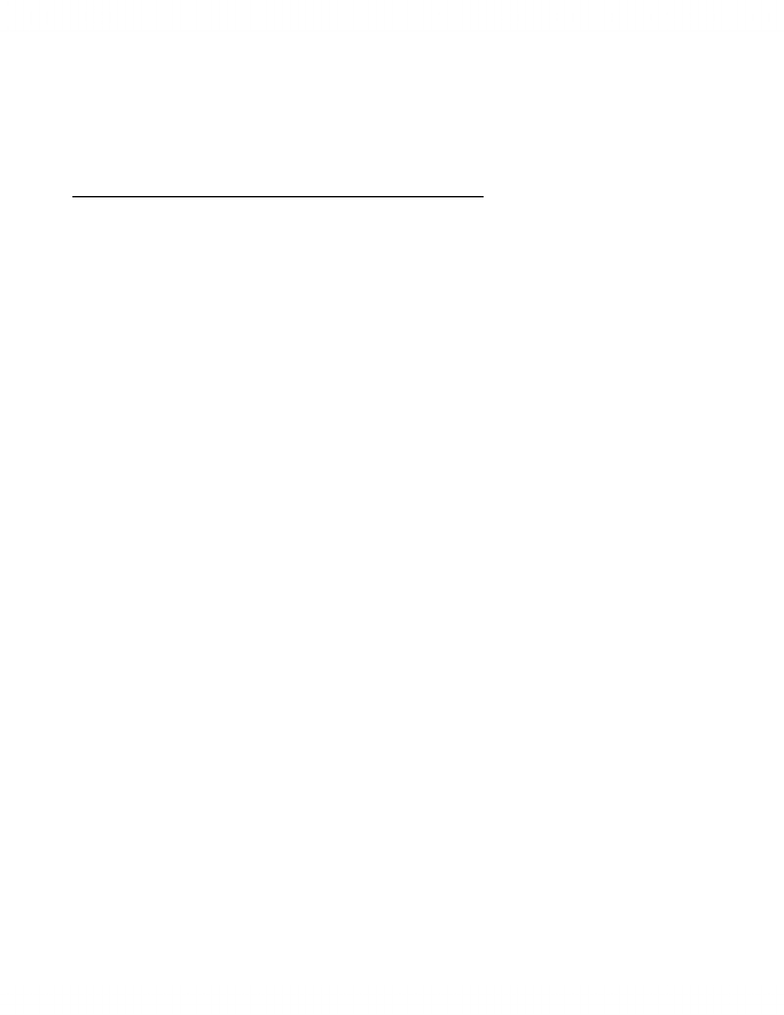 - The fact that even bugs like cockroaches perform better in the presence of others of their own
kind hints at an innate social arousal mechanism that does not involve fear of evaluation
- The basics of the social facilitation theory is that the presence of others is arousing and that
this social arousal enhances dominant responses, and it has been confirmed by studies
- Applications of theory in real life settings include the way offices are built: has changed from
having private offices to now having large open areas divided by low partitions
Social Loafing: Do Individuals Exert Less Effort in a Group?
- In activities that require a group of people to pool their efforts towards a common goals while
the individuals in the group are not accountable for their efforts lead to better productivity?
o Ex of such activities would be a group project in school where all the students get the
same grade, or tug – of – war.
Many Hands Make Light Work
- Blindfolded people asked to pull a rope in the way they would during tug-of-war. When they
believed they were pulling alone, they put in 18% more effort than when they believed that
there were others pulling the rope with them.
- Social loafing: the tendency for people to exert less effort when they pool their efforts toward
a common goal than when they are individually accountable
- Another experiment consisted of people blindfolded and seated with headphones on. The
headphones would have other people, around 5 or so, clapping and cheering. When
participants were told to cheer, they exerted 1/3 less effort when they heard others cheering
on the headphones with them than when they were cheering alone. Social loafing was also
seen with participants who were high – school cheerleaders who exerted less effort when they
believe they were cheering with others vs. alone.
- All agree that loafing occurs, but no one admits to doing the loafing: happens with students
and group projects for shared grade, they all see themselves as having put in the same amount
of work regardless of what they actually did.
- Also tested with students and exercise bicycles, when they were led to believe they were being
individually monitored, they put in much more effort than when their effort was being pooled
with that of the other riders. This is called free – ride.
- Free – Ride: people who benefit from the group but give little in return
- As the group size increases, the percent of individual performance decreases
- As can be seen through the social loafing experiments, group situations seem to decrease
evaluation apprehension
- When being observed increases evaluation concerns, social facilitation occurs; when being lost
in a crowd decreases evaluation concerns, social loafing occurs
- To motivate group members, one strategy is to make individual performance identifiable;
football coaches do this by filming games and evaluating each player individually
Social Loafing in Everyday Life
- Assembly line workers produced 16% more product when their individual output was
identified and also in the pickle factory, where the key job is picking the right size pickles.
- In communist Russia, people far a different plot everyday with no direct responsibility for that
plot. They were also given very small plots for their personal use, and the private plots
occupied only 1% of the agricultural land, but produced 27% of the Soviet farm output
(Hungary, same thing, private plots 13% of land, produced 1/3 of output)
- China began allowing farmers to sell food grown in excess of the land owned to the state,
production jumped up to 8% per year.
Unlock document

Group: two or more people who, for longer than a few moments, interact with and influence one another and perceive one another as us . Different groups help us meet different human needs to affiliate (to belong to and connect with others), to achieve, and to gain a social identity. Three phenomenon that influence minimal interacting groups: social facilitation, social loafing, and, deindividuation. Four examples of social influence in interacting groups: group polarization, groupthink, leadership, and, minority influence. Co actors: a group of people working simultaneously and individually on a non-competitive task. Experiment in which children had to wind string on a fishing reel as rapidly as possible: they did it faster when they worked with co-actors than when they worked alone. Social facilitation: the tendency of people to perform simple or well-learned tasks better when others are present (original meaning). The strengthening of dominant (prevalent, likely) responses owing to the presence of others (current meaning)