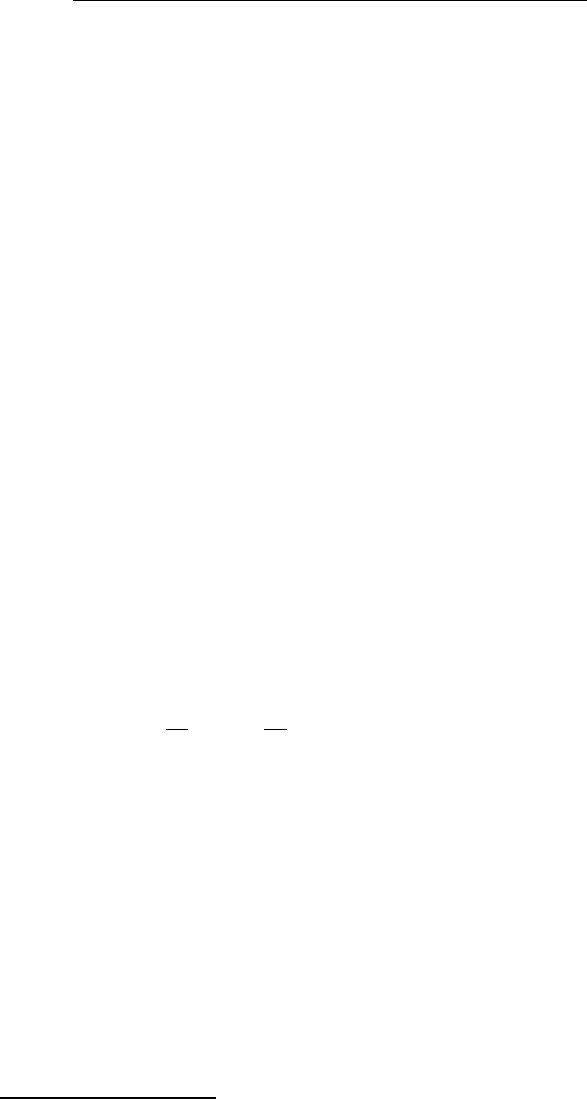 Economic growth is the change in GDP per capita.
There was virtually no growth in most countries before the industrial revolution.
Inequalities between countries are increasing.
Convergence is the idea that all countries converge towards the same GDP per
capita and that, as they approach this figure, their growth slows.
Capital is a physical object that let’s us work. It is
oProductive: its purpose is to create something.
oProduced: it comes from investment1. Since investment=savings (IS-LM),
this investment is symbolized by I=y�, where � is the saving rate.
oLimited.: only a limited amount of people can use it at the same time2.
oEarns a return: people are willing to pay to use it. It’s the incentive for its
production. For example, taxis are capital because the driver rents them. A
factory is also capital because it makes profit for the owner.
oDepreciates: It wears out. Symbolized by δ.
Human capital (labour) has all of these previously mentioned characteristics
except for limitation. Human capital also depreciates much slower than physical
capital and can only earn a return when there is work done
Productivity (A) is the effectiveness to which capital can be transformed into
output.
The two sources of growth are capital accumulation (increasing output per
worker) and productivity (increasing how much output is created for a fix level of
capital)
The production function, under its Cobb-Douglas form, is
F
(
K , N
)
=A Kα(h L)1−α
, where A is productivity, K is capital, N is the number
of workers and is the capital shareɑ3. 4If we divide by N, output per worker is
then
F
(
K
N,1
)
=f
(
K
N
)
=y=A kαh1−α
.
1 Land is not considered to be capital
2 An idea is not capital.
3 A number that gives the proportion of output that stems from
capital. In this course, we assume it is 1/3.
4 In the Cobb-Douglas model,
Output=Productivity × factors
1
Unlock document 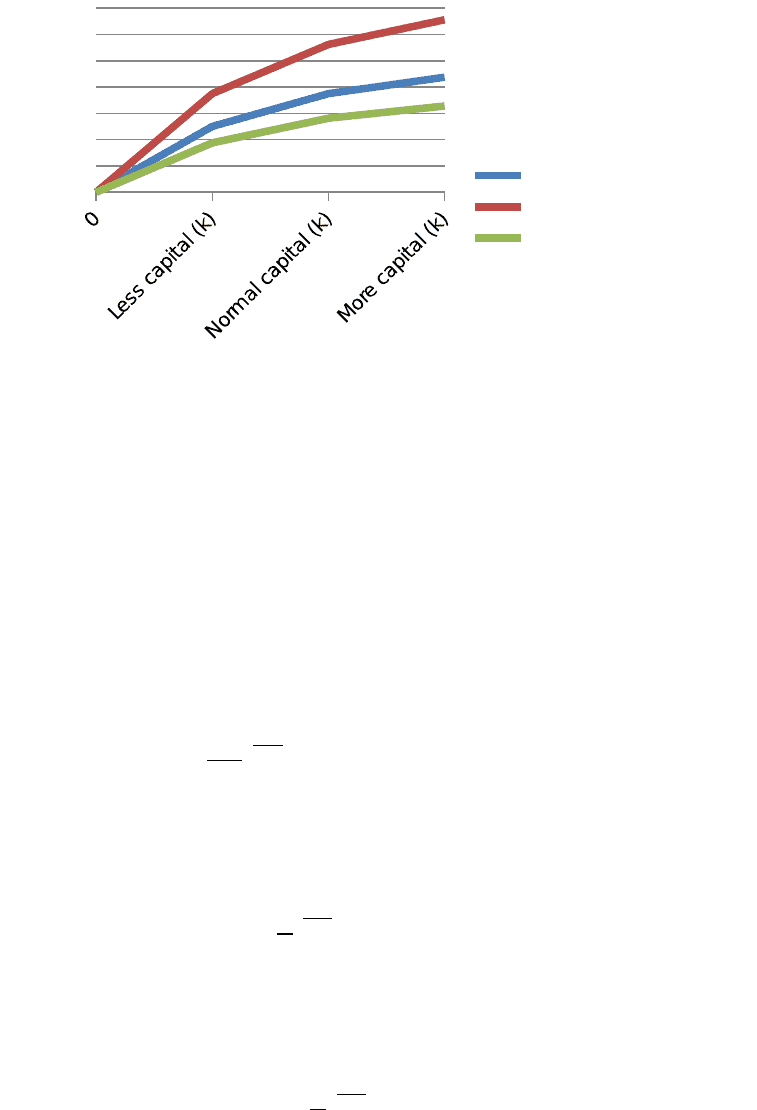 Normal
Higher Productivity (A)
Lower productivity (A)
Capital per worker (k)
Output per worker (y)
The Solow Model links output per worker (y) and capital per worker (k):
∆ k =γ y−δk
Steady state occurs when capital doesn’t vary (∆k=0, or
γ y =δk
).
Replacing y by its Cobb-Douglas function, we have that capital at the
steady state is
γ A
(
kss
)
α=δ kss
⇒kss=
(
γ A
δ
)
1
1−α
Replacing this in the Cobb-Douglas function, we have that output at
the steady state equilibrium is
yss=A1/(1−α)×
(
γ
δ
)
α
1−α
In the previous model, we held labour output constant. However, if
we take in account the change in productivity output
A=A h1−α
,
then this becomes
yss=h × A1/(1−α)×
(
γ
δ
)
α
1−α
2
Unlock document 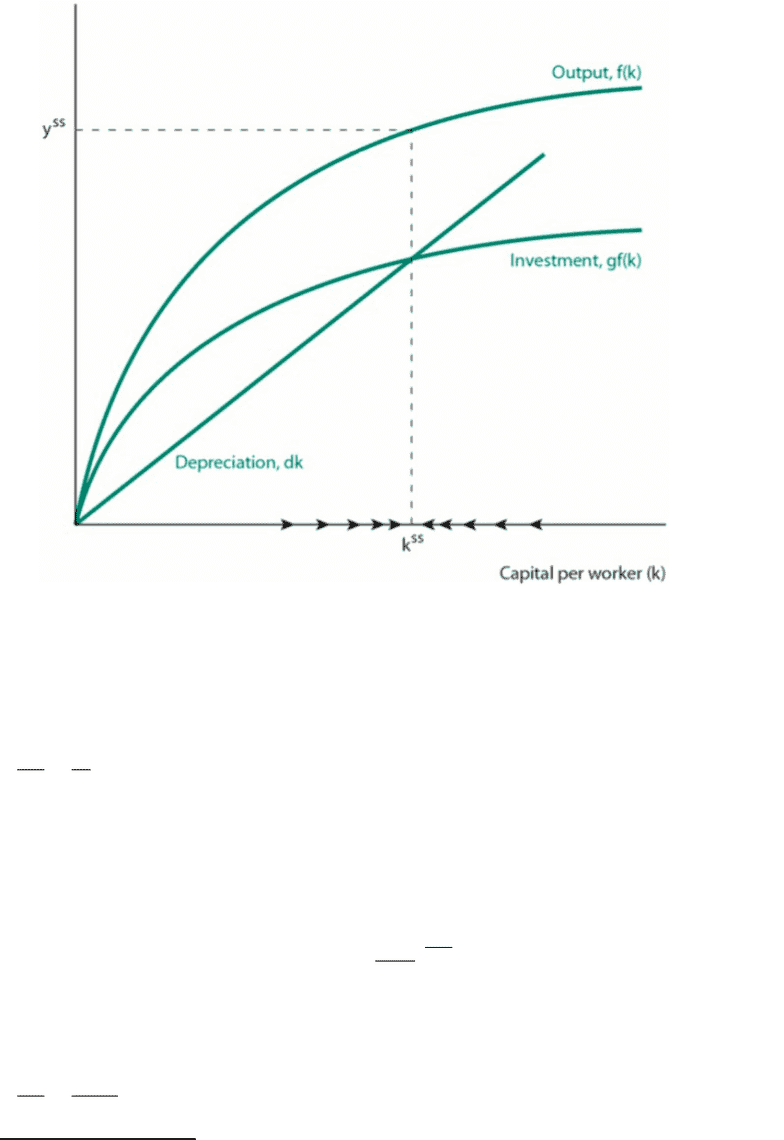 oIf � and δ are held constant, then, whatever k, output will always
tend towards the steady state. Therefore, the Solow model cannot
explain long-term growth (weakness).
oIf we have two countries i and j with the same productivity and
depreciation, then
yi
ss
yj
ss =
(
γi
γj
)
α/(1−α)
oThe golden-rule level of capital is the � that maximizes
consumption per worker5 in steady state. It’s the � for which the
distance between the output curve and the depreciation curve is the
farthest.
oLet n be population growth. Then
yss=h × A1/(1−α)×
(
γ
n+δ
)
α
1−α
Therefore, if the saving rate and depreciation rate are the same
between two countries,
yi
ss
yj
ss =
(
δ+nj
δ+ni
)
α/(1−α)
5 Consumption per worker :
c=f
(
kss
)
−δ k ss
3
Unlock document