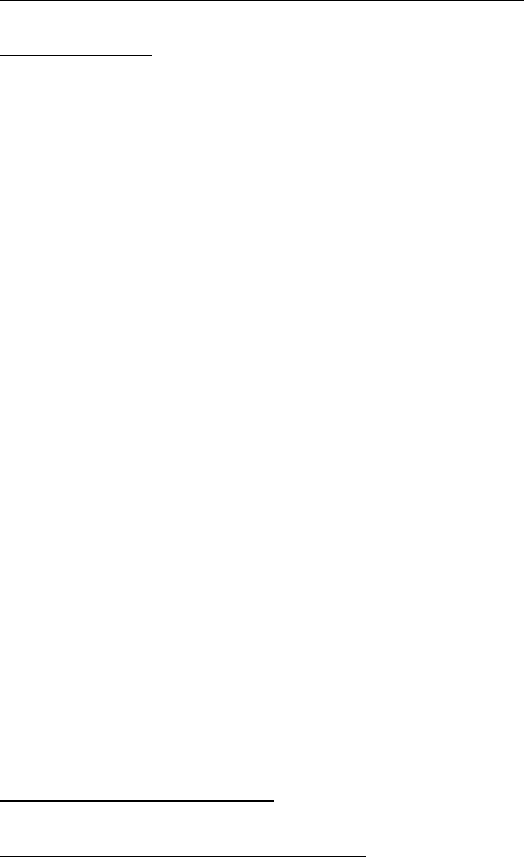 Chapter 4: Nature, Nurture, and Human Diversity
I. Introduction
-in this chapter, we address one of the most fundamental questions in psychology: What makes
us who we are and what makes you, you?
-are we born this way or are we made this way?
-it is the question of nature versus nurture
-nature: genes, DNA, what we are born with, genetic inheritance, etc.
-nurture: anything and everything other than genes and DNA
-e.g.: family, culture, religion, schools, peers, diet, jobs, pollution, etc.
-learning experiences and the environment make up nurture
-most psychologists agree that both nature and nurture are involved in what we are today; both
make us who we are
-there is an interaction between nature and nurture; the 2 influence and affect one another
-e.g.: we can expand the abilities or worsen the abilities of a child with down's syndrome
-nature can put a cap on nurture as well; there is a limit to what people with Down
Syndrome can do
-both play a role on each other
II. The Nature Component
A. Genes: Our Biological Blueprint
-we have trillions of cells in our body
-we have 46 chromosomes in each cell (except for sex cells)
-we get half from mom and half from dad
-chromosomes are the carriers of genetic information in the form of DNA molecules
-DNA consists of thousands of genes among other things
-genes are segments of DNA; they are the basic unit of heredity and provide instruction that give
an organism its characteristics
-sometimes it takes a single gene to produce a characteristic
Unlock document

-more often, we have gene complexes (groups of genes being responsible for a trait,
disease, characteristic, etc.)
-genes consist of nucleotides; nucleotides are biochemical bases
- A (adenine)
- G (guanine)
- T (thymine)
- C (cytosine)
-nucleotides always come in pairs: A-T, G-C
-nucleotides are known as the alphabet of life; it is the sequence of nucleotides that will
determine what a gene does or does not do
-we can think of chromosomes as books, genes as words in the book, and nucleotides as the
letters of the words
-in 2000, the human genome was mapped
-on average, we have ~30 000 genes
-every human being on earth is 99.99% genetically similar to other human beings on
earth
-the 0.01% difference can be accounted:
-5% of the 0.01% genetic difference is found among the races
-95% of the 0.01% genetic difference is found within a race
-e.g.: the difference between blacks themselves
-in 2004, Nature Genetics:
-race does not exist biologically; biologically, race is a meaningless concept
-standard concepts of race should be abandoned, it is a social / cultural construct
-we are 95-98% genetically similar with chimps, 90% similar with a mouse, 50% similar with
bananas, 44% similar with a fruit fly, and 30% similar with a daisy (FOR INFORMATION
ONLY; DO NOT NEED TO KNOW)
B. Evolutionary Psychology (EP)
B.1 What is Evolutionary Psychology?
Unlock document

-EP is the newest and youngest perspective / approach on psychology
-EP is based on the theory of evolution developed by Darwin
-one of the main ideas of evolution is that every organism on earth has 1 main goal, which is to
survive and transmit its genes into the future
-not every organism is going to survive because in nature, there is a natural selection
process taking place, where only the fittest can survive
-survival of the fittest: an organism is fit to survive when its characteristics match the
demands of the environment
-the better the match, the higher the rate of survival
-evolutionary psychologists use theories of evolution to explain human traits / behaviours
-they use them to explain what is universal and common (e.g.: fear of heights, spiders,
etc.)
-evolutionary psychologists are not interested in individual differences
-any behaviour / trait that helped our ancestors survive and transmit their genes into the future
are things that human beings display today
-in order to survive, the organism must adapt
-one of our greatest characteristics is our ability to adapt / solve problems
-according to evolutionary psychology, if a ship with a 1 year old, 5 year old, and 10 year old
capsized and we could only save 1 person, we would save the 5 year old
-the 1 year old has a lower chance of survival because he is too young
-the 40 year old is getting too old and will die soon
-the 5 year old has the best chance to survive and pass on his genes
B.2 Application: Sexuality
-according to surveys, men think more about sex than women, masturbate more, want more sex,
and are willing to make more sacrifices for sex
-men are more likely to interpret a friendly gesture as an invitation for sex
-Clark and Hartfield Study (1978):
-researchers tell average looking guys / girls to ask another person if they want to go to
bed with them
-the majority of women that were asked were offended
Unlock document