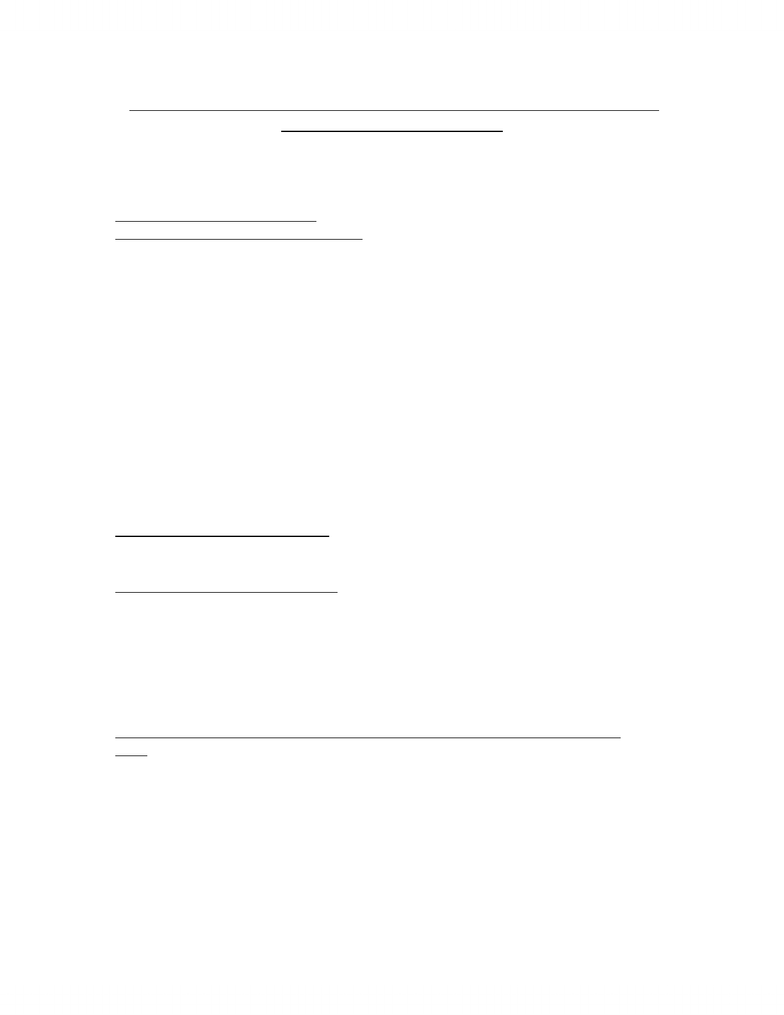 CHAPTER 2: HISTORICAL AND CONTEMPORARY VIEWS OF
ABNORMAL BEHAVIOUR
HISTORICAL VIEWS OF ABNORMAL BEHAVIOUR
•trephining  fact that many survived the operation may have contributed to
the persistence of this practice; may have incidentally relieved P on the brain
Demonology, Gods, and Magic
Hippocrates’ Early Medical Concepts
•believed that the brain was central organ of intellectual activity and mental
disorders were due to brain pathology
•pointed out that head injuries could cause sensory and motor disorders
•doctrine of the 4 humours
o4 elements of the material world thought to be earth, air, fire and
water, which had attributes of dryness, cold, heat and moistness
othese elements combined to form 4 essential fluids of the body –
blood (sanguis), phlegm, bile (choler) and black bile (melancholia)
othe fluids combined in diff proportions w/in diff ppl and a person’s
temperament was determined by which of the humours was dominant
ofrom this view behaviour seen as: the sanguine, phlegmatic, choleric
and melancholic; each of these had their own associated characteristics
•recognized imp. of env. and often removed patients from their families
•believed hysteria restricted to women and caused by the uterus wandering to
various parts of the body, pining for children  remedy = marriage
Early Philosophical Conceptions
•Plato – shared the belief that mental disorders were in part divinely caused
•Aristotle – generally believed Hippocrate’s theory of disturbances in bile
Later Greek and Roman Thought
•Galen – contributed to anatomy of NS; divided causes of psychological
disorders into physical and mental categories; some of the causes included: head
injuries, excessive use of alcohol, shock, etc.
•Roman physicians wanted to make their patients comfortable and thus
provided pleasant therapies such as warm baths and massage
othey also followed principle of contrariis contrarius (opposite by
opposite) – ex. drinking chilled wine in warm tub
Box 2.1 - Developments in Thinking – Hysteria and Melancholia through the
Ages
Hysteria
•referred to as “conversion disorder” in DSM
•has a long history
•believed that it was caused by wandering of the uterus until 17th century
when Willis theorized it resulted from a disorder of the brain
Melancholia
•premodern view of it as a disorder introduced by Philippe Pinel
oimproved classification schema and examined causes of the disorder 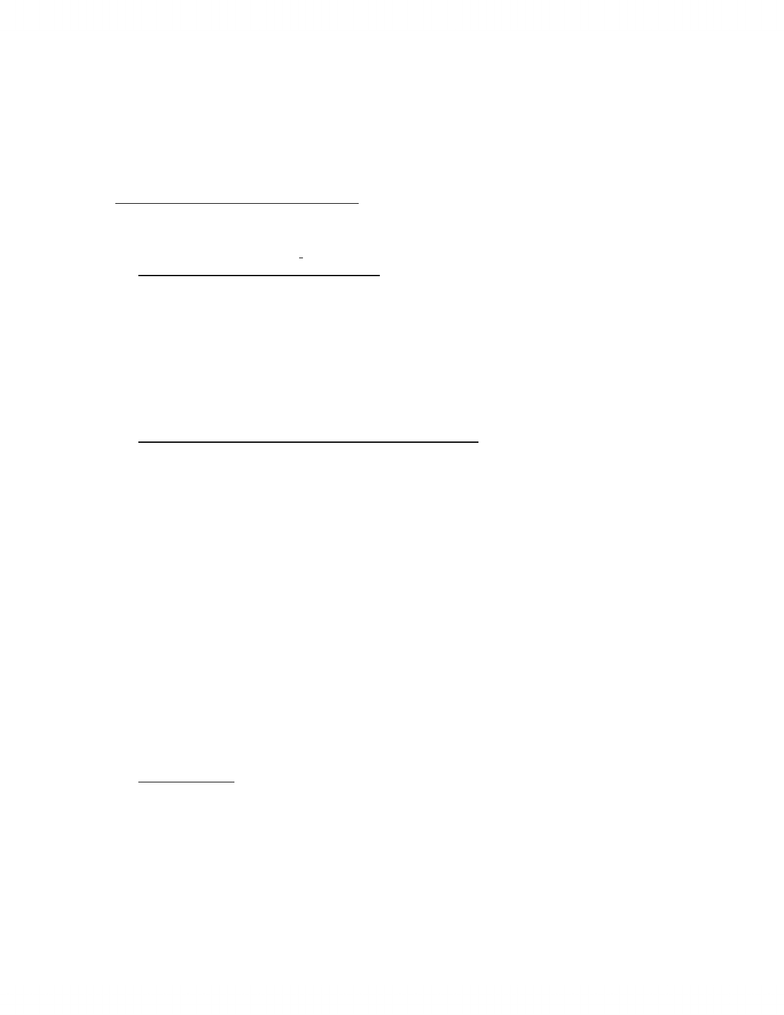 •Griesinger
ofocus on biological determinants for disorders
•Kraepelin
ocredited for modern view of psychiatry
oidentified manic depression as a major category of depression
Abnormality during the Middle Ages
•first mental hospital established in Baghdad (792 CE)
Avicenna from Arabia – frequently referred to hysteria, epilepsy, manic
reactions and melancholia
Case Study – An Early Treatment Case
•A prince had melancholia and suffered from the delusion that he was a cow
•said he should be slaughtered
•Avicenna went in w/ a knife and said that the cow was too lean and should
be fattened
•the prince was given food until he gained strength, got rid of his delusion and
was cured
•Middle Ages – largely devoid of scientific thinking and humane treatment
for mentally disturbed
Box 2.2 – Early Views of Mental Disorders in China
- Early Chinese medicine based on a belief in natural rather than supernatural
causes for illness
oex. Yin and Yang = positive and negative forces that complement
each other (balance is physical and mental health); if not, illness results; treatments
focused on restoring balance – withheld food b/c pos. force and thought this needed
to be reduced
- Golden Box Summary (ancient Chinese doc summarizing medical theory and
treatment) presented zang-zao, illness that resembled symptom pattern of
hysteria
- Chung Ching – like Hippocrates
obelieved organ pathologies were primary cause of mental
disorders
obelieved stressful psychological conditions could cause organ
pathologies and his treatments involved drugs and regaining emotional balance
- reverted back to supernatural forces as causal agents
- “Dark Ages” not so long as in the West, nor as severe (in terms of
treatment of mental patients)
Mass Madness
•Mass madness: widespread occurrence of group behaviour disorders that
were apparently cases of hysteria
oreached peak in 14th and 15th century b/c of social oppression, famine
and epidemic diseases; Black death (plague)
o“mass hysteria” – today known as mass psychogenic illness; in
contemporary cultures, typically involves people mistakenly attributing bodily 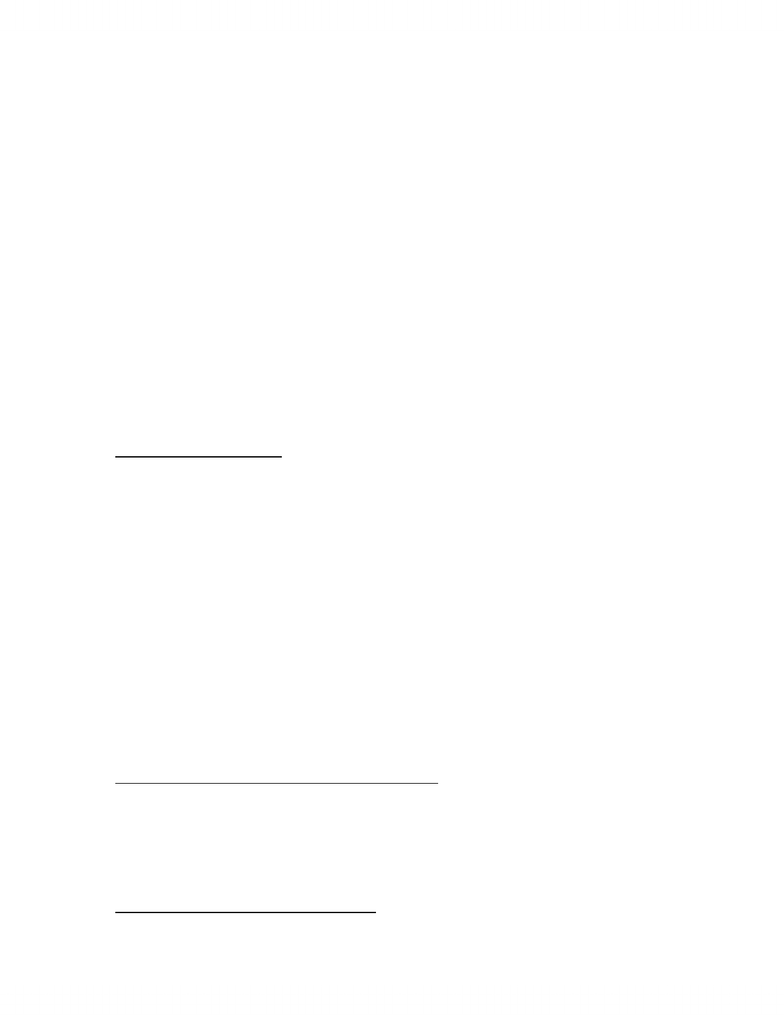 changes or sensations to serious disease; symptoms typically have rapid onset and
quickly spread to others and have a rapid remission
•typically occur after an environmental event or trigger (ex.
heavy smog) which is misinterpreted as sign of danger
o‘index person’ – first person to report symptoms ( may be suffering
genuine medical condition, but misinterprets significance of the symptoms); people
nearby learn about this and look for indications of the disease in them – symptoms
are probably bodily reactions or anxiety related
oex. mass hysteria in Nigeria – men feared that their genitals had
vanished; this fear accompanied by a fear of death was referred to as “Koro”
•Tarantism: included uncontrollable impulse to dance that was often
attributed to bite of tarantula
olater spread to Europe where it was known as Saint Vitus Dance
•rites had been banned with the arrival of Christianity
•so rites kept alive in secret gatherings
•with time, meaning of the dances changed – people no longer
sinners but bitten by the tarantula, dancing = cure
•Iycanthropy: condition in which ppl believed to be possessed by wolves and
imitated their behaviour
Exorcism and Witchcraft
- during early part of medieval period, the mentally disturbed were treated for
the most part with considerable kindness
otreatement consisted of prayer, holy water, sanctified ointments, mild
forms of exorcism, etc.
- recent resurgence of superstition
oexorcism still practiced in many countries
- long thought that during Middle Ages, many mentally disturbed ppl were
accused of being witches and thus punished and often killed
omay not be true to that extent – one person noted that witches may
have been impoverished women with a sharp tongue
ophysically possessed ppl were considered mad and spiritually
possessed were likely considered witches
TOWARD HUMANITARIAN APPROACHES
•Paracelsus – believed moon influenced the brain; advocated treatment by
bodily magnetism
•Johann Weyer – one of 1st physicians to specialize in mental disorders;
founder of modern psychopathology
The Establishment of Early Asylums and Shrines
•Monastery of St.Bethleham became known as Bedlam because of its
practices
oviolent patients shown to public for money
oharmless ppl forced to seek charity on the streets
•some early asylums housed people with a variety of probs such as psychiatric
disorders, physical disabilities, etc.
Case study – Treatment in Early Hospitals

4 elements of the material world thought to be earth, air, fire and. Historical views of abnormal behaviour the persistence of this practice; may have incidentally relieved p on the brain. Box 2. 1 - developments in thinking hysteria and melancholia through the. Hysteria when willis theorized it resulted from a disorder of the brain. Melancholia o referred to as conversion disorder in dsm has a long history believed that it was caused by wandering of the uterus until 17th century. Plato shared the belief that mental disorders were in part divinely caused. Aristotle generally believed hippocrate"s theory of disturbances in bile premodern view of it as a disorder introduced by philippe pinel improved classification schema and examined causes of the disorder. Roman physicians wanted to make their patients comfortable and thus they also followed principle of contrariis contrarius (opposite by.

Lecture 3 Part 1 For those of you who missed class, these notes have all the lecture slides and my own notes taken integrated together in one neat word document. Great for last minute studying!

Lecture 2 For those of you who missed class, these notes have all the lecture slides and my own notes taken integrated together in one neat word document. Great for last minute studying!

Lecture 11/12 For those of you who missed class, these notes have all the lecture slides and my own notes taken integrated together in one neat word document. Great for last minute studying!