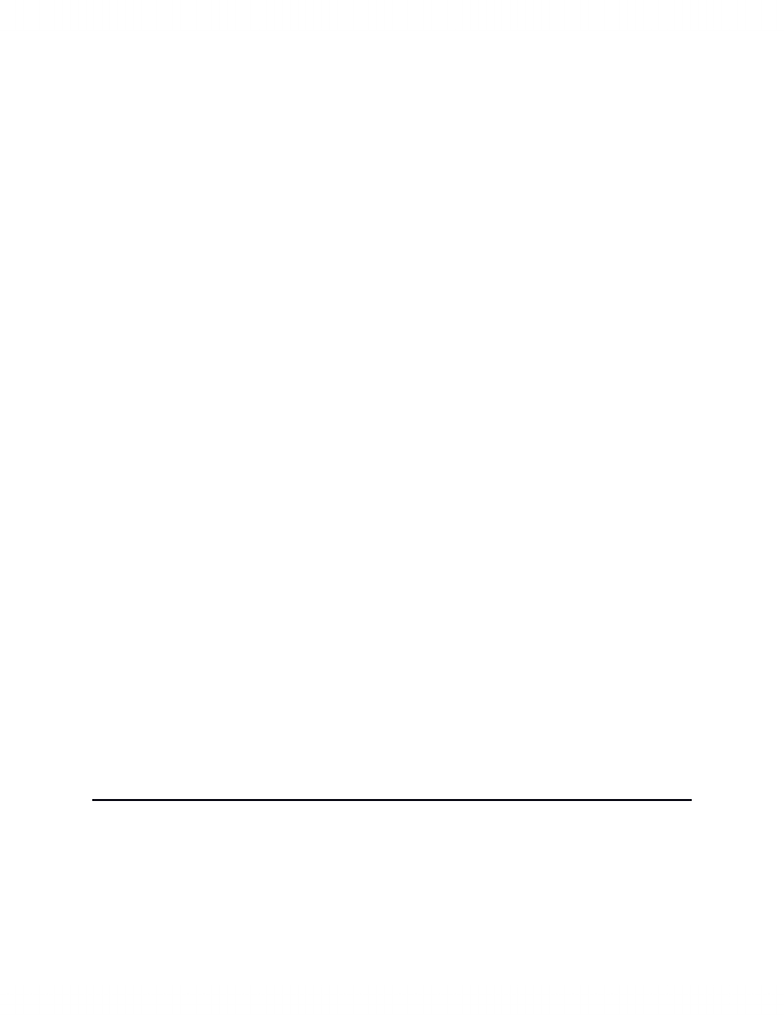 Chapter 4
The use of carbon dioxide in photosynthesis is a hallmark of life and leaves a unique
chemical signature—a specific ratio of isotopes of carbon (C13:C12) in the resulting
carbohydrates.
Each cell is surrounded by a membrane that separates it from its environment, creating a
segregated (but not isolated) compartment. This plasma membrane is composed of a
phospholipid bilayer, with the hydrophilic “heads” of the lipids facing the cell's aqueous
interior on one side of the membrane and the extracellular environment on the other (see
Figure 3.20). Proteins and other molecules are embedded in the lipids.
* The plasma membrane allows the cell to maintain a more or less constant internal
environment. A self-maintaining, constant internal environment (the state known as
homeostasis) is a key characteristic of life that will be discussed in detail in Chapter 40.
* The plasma membrane acts as a selectively permeable barrier, preventing some
substances from crossing it while permitting other substances to enter and leave the cell.
* As the cell's boundary with the outside environment, the plasma membrane is
important in communicating with adjacent cells and receiving signals from the
environment. We will describe this function in Chapter 15.
* The plasma membrane often has proteins protruding from it that are responsible for
binding and adhering to adjacent cells.
Biologists classify all living things into three domains: Archaea, Bacteria, and Eukarya.
The organisms in Archaea and Bacteria are collectively called prokaryotes because they
have in common a prokaryotic cell organization. Prokaryotic cells do not typically have
membrane-enclosed internal compartments. The first cells were probably similar in
organization to modern prokaryotes.
Eukaryotic cell organization, on the other hand, is particular to members of the domain
Eukarya (eukaryotes), which includes the protists, plants, fungi, and animals. The genetic
material (DNA) of eukaryotic cells is contained in a special membrane-enclosed
compartment called the nucleus. Eukaryotic cells also contain other membrane-enclosed
compartments in which specific chemical reactions take place.
Prokaryotes can live on more different and diverse energy sources than any other living
organisms, and they can inhabit greater environmental extremes, such as very hot springs
and very salty water.
www.notesolution.com
Unlock document 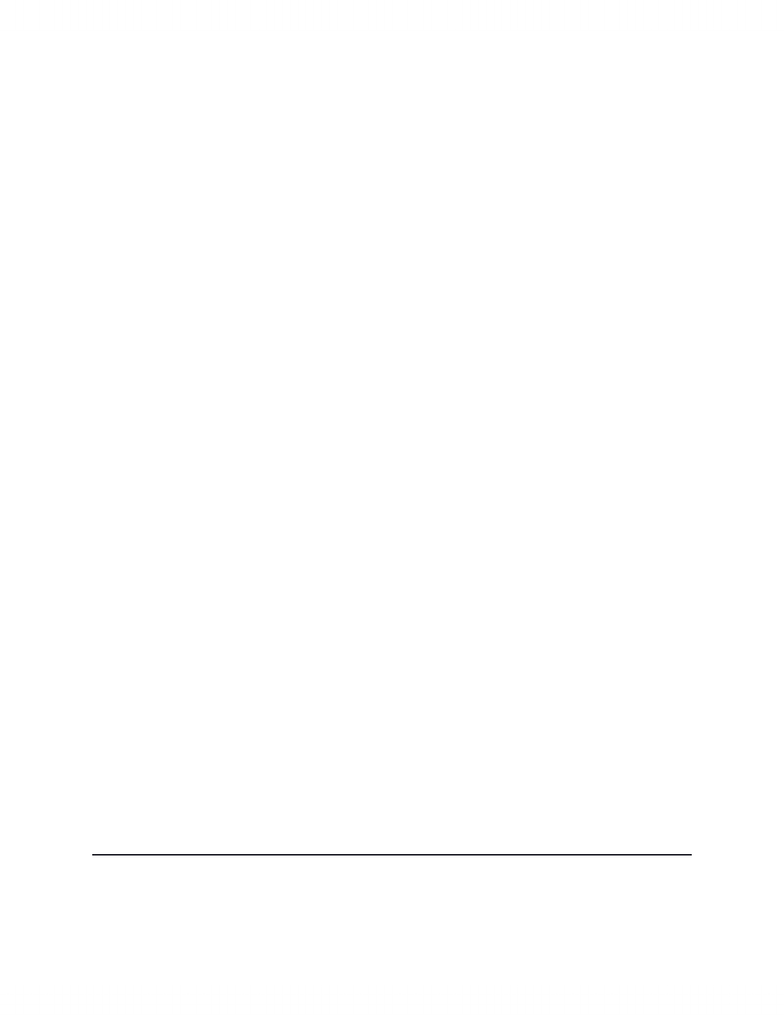 Prokaryotic cells are generally smaller than eukaryotic cells, ranging from 0.25 × 1.2 m to
1.5 × 4 m. Each individual prokaryote is a single cell, but many types of prokaryotes are
usually seen in chains, small clusters, or even clusters containing hundreds of individuals.
# The plasma membrane encloses the cell, regulating the traffic of materials into and out of
the cell and separating it from its environment.
# The nucleoid contains the hereditary material (DNA) of the cell
The rest of the material enclosed in the plasma membrane is called the cytoplasm. The
cytoplasm is composed of two components: the more fluid cytosol and insoluble suspended
particles, including ribosomes.
* The cytosol consists mostly of water that contains dissolved ions, small molecules, and
soluble macromolecules such as proteins.
* Ribosomes are complexes of RNA and proteins about 25 nm in diameter. They are the
sites of protein synthesis.
CELL WALLS Most prokaryotes have a cell wall located outside the plasma membrane.
The rigidity of the cell wall supports the cell and determines its shape. The cell walls of
most bacteria, but not archaea, contain peptidoglycan, a polymer of amino sugars, cross-
linked by covalent bonds to form a single giant molecule around the entire cell. In some
bacteria, another layer—the outer membrane (a polysaccharide-rich phospholipid
membrane)—encloses the peptidoglycan layer. Unlike the plasma membrane, this outer
membrane is not a major permeability barrier.
Enclosing the cell wall in some bacteria is a layer of slime, composed mostly of
polysaccharides and referred to as a capsule. The capsules of some bacteria may protect
them from attack by white blood cells in the animals they infect. The capsule helps keep the
cell from drying out, and sometimes it helps the bacterium attach to other cells. Many
prokaryotes produce no capsule, and those that do have capsules can survive even if they
lose them, so the capsule is not essential to prokaryotic life.
We know that the flagella cause the motion of the cell because if they are removed, the cell
does not move.
Pili project from the surfaces of some groups of bacteria. Shorter than flagella, these
hairlike structures help bacteria adhere to one another when they exchange genetic
material, as well as to animal cells for protection and food.
Eukaryotic cells generally have dimensions up to 10 times greater than those of prokaryotes
www.notesolution.com
Unlock document 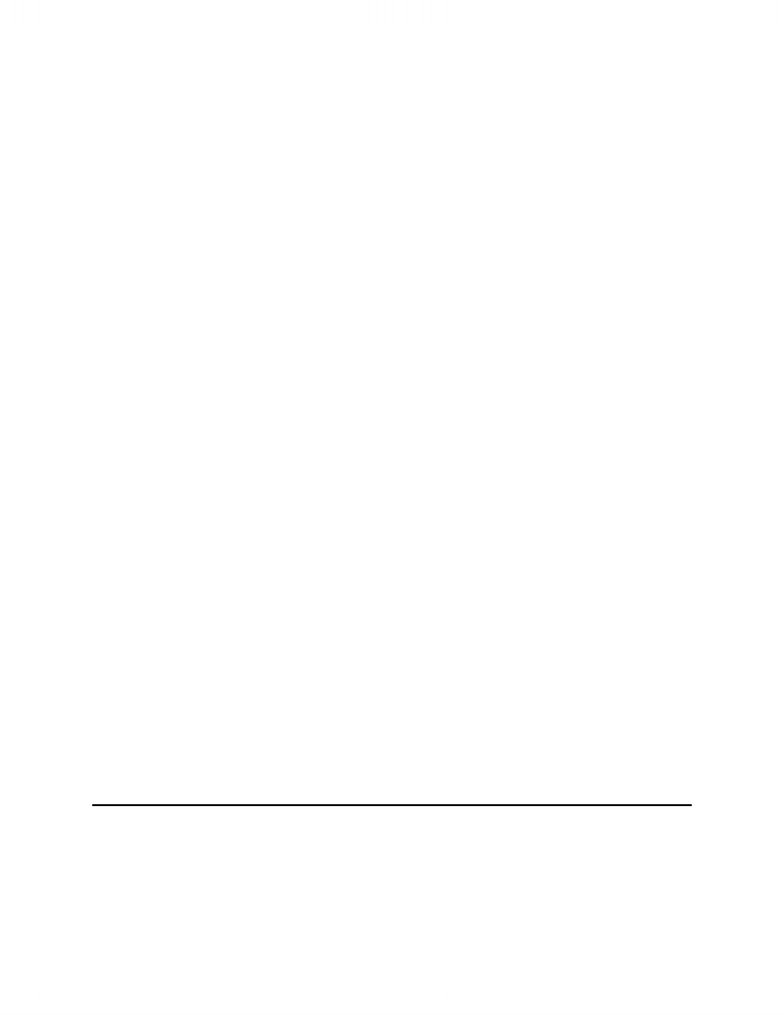 # The nucleus contains most of the cell's genetic material (DNA). The replication of the
genetic material and the first steps in decoding genetic information take place in the
nucleus.
# The mitochondrion is a power plant and industrial park, where energy stored in the bonds
of carbohydrates and fatty acids is converted into a form more useful to the cell (ATP).
# The endoplasmic reticulum and Golgi apparatus are compartments in which some
proteins synthesized by the ribosomes are packaged and sent to appropriate locations in the
cell.
# Lysosomes and vacuoles are cellular digestive systems in which large molecules are
hydrolyzed into usable monomers.
# Chloroplasts (found in only some cells) perform photosynthesis.
In the cell, information is stored in the sequence of nucleotides in DNA molecules. Most of
the DNA in eukaryotic cells resides in the nucleus. Information is translated from the
language of DNA into the language of proteins at the ribosomes.
# A region within the nucleus, the nucleolus, begins the assembly of ribosomes from RNA
and specific proteins.
The nucleus is surrounded by two membranes, which together form the nuclear envelope.
Inside the nucleus, DNA combines with proteins to form a fibrous complex called
chromatin. Chromatin consists of exceedingly long, thin threads. Prior to cell division, the
chromatin aggregates to form discrete, readily visible structures called chromosomes
RIBOSOMES In prokaryotic cells, ribosomes float freely in the cytoplasm. In eukaryotic
cells they are found in two places: in the cytoplasm, where they may be free or attached to
the surface of the endoplasmic reticulum; and inside mitochondria and chloroplasts. In each
of these locations, the ribosomes are the sites where proteins are synthesized under the
direction of nucleic acids. Although they seem small in comparison to the cell in which they
are contained, ribosomes are huge machines made up of several dozen kinds of molecules.
Chemically, ribosomes consist of a special type of RNA called ribosomal RNA (rRNA), to
which more than 50 different protein molecules are noncovalently bound.
Much of the volume of some eukaryotic cells is taken up by an extensive endomembrane
system. This system includes two main components, the endoplasmic reticulum and the
Golgi apparatus. Continuities between the nuclear envelope and the endomembrane system
are visible under the electron microscope. Tiny, membrane-surrounded droplets called
www.notesolution.com
Unlock document