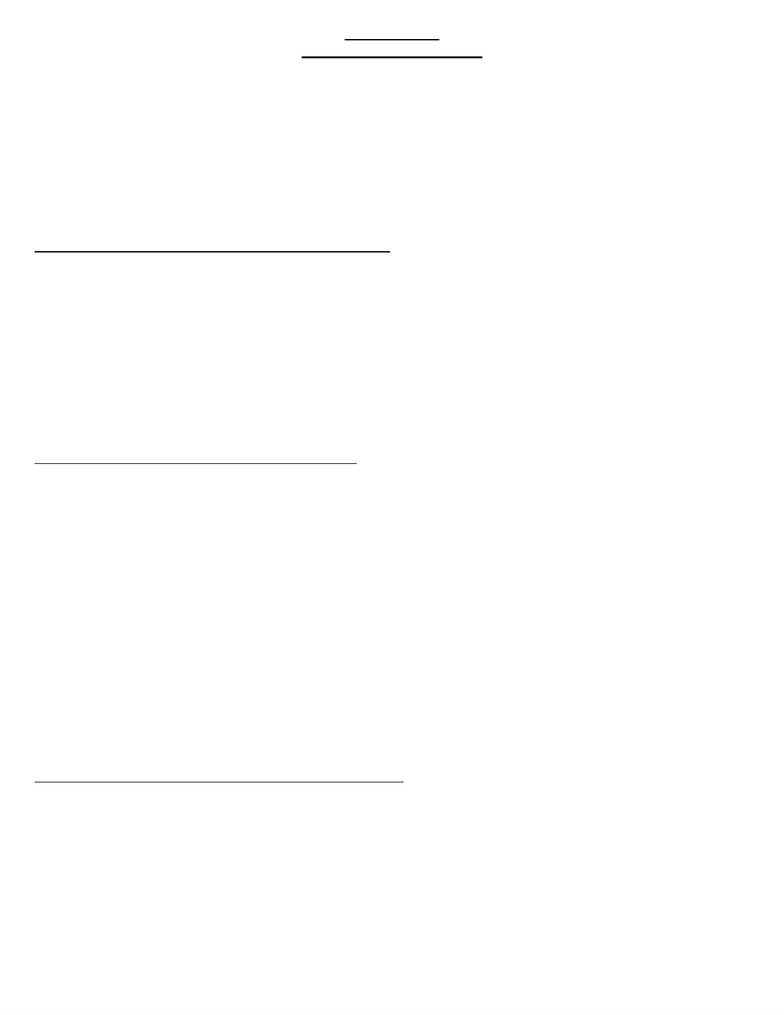 CHAPTER 10
SENSORY PHYSIOLOGY
Chapter 10 Æ Pg. 328-342
- role of the afferent division of the nervous system: provide us info about the environment outside and inside
our bodies
- VWLPXOLWKDWXVXDOO\GRQ¶WUHDFKFRQVFLRXVDZDUHQHVVLQFOXGHFKDQJHVLQPXVFOHstretch and tension, as well
as variety of internal parameters that the body monitors to maintain homeostasis (BP and pH)
- stimuli reaching conscious level are associated with the special senses of vision, hearing, taste, smell, and
EQ, and the somatic senses of touch, temperature, pain, itch, and proprioreception Æ awareness of body
movement and position in space Æ mediated by sensory receptors (proprioreceptors)
GENERAL PROPERTIES OF SENSORY SYSTEMS
- begin with a stimulus, in the form of physical energy that acts on a sensory receptor
- receptor is a transducer that converts the stimulus into an intracellular signal Æ change in M.P
- if stimulus is above threshold, A.Ps pass along a sensory neuron to the CNS, where incoming signals are
integrated.
- Some signals pass up to the cerebral cortex, where they reach conscious perception, but others are acted on
subconsciously, without our awareness.
- At each synapse along the pathway, nervous system can modulate and shape the sensory info
- Simplest systems are single sensory neurons with branched dendrites that function as receptors
- Most complex systems include multicellular sense organs, such as the ear and the eye
Receptors are sensitive to particular forms of energy
- somatosensory receptors Æ simplest receptors for sRPDWLFVHQVHVFRQVLVWRIDQHXURQZLWKQDNHG³IUHH´
nerve endings
- in more complex receptors, nerve endings are encased in connective tissue capsules
- axons of both simple and complex receptors may be myelinated or unmyelinated
- receptors for smell are neurons, but the other four special senses use non-neural receptor cell that synapse
onto sensory neurons (e.g. hair cell). When activated, hair cell releases a neurotransmitter that initiates an
A.P in the associated sensory neuron
- non-neural accessory structures are critical to the operation of many sensory systems (e.g. Æ hairs on arms
help somatosensory receptors sense movement in the air mm above skin surface
- 4 major groups of receptors:
o Chemoreceptors ± respond to chemical signals that bind to the receptor (taste and smell)
o Mechanoreceptors Æ respond to various forms of mechanical energy, including pressure, vibration,
gravity, acceleration, and sound (hearing)
o Thermoreceptors Æ respond to temperature, and
o Photoreceptors Æ for vision respond to light
Sensory transduction converts stimuli into graded potentials
- transduction ± conversion of stimuli energy into info that can be processed by nervous system. In many
receptors, opening or closing ion channels converts mechanical, chemical, thermal, or light energy directly
into a change in membrane potential
- each sensory receptor has an adequate stimulus , a particular form of energy to which it is most responsive
- although receptors are specific for one form of energy, they can respond to most other forms if the intensity
is high enough
- sensory receptors can be incredibly sensitive to their preferred form of stimulus
- threshold ± minimum stimulus required to activate a receptor
www.notesolution.com
Unlock document 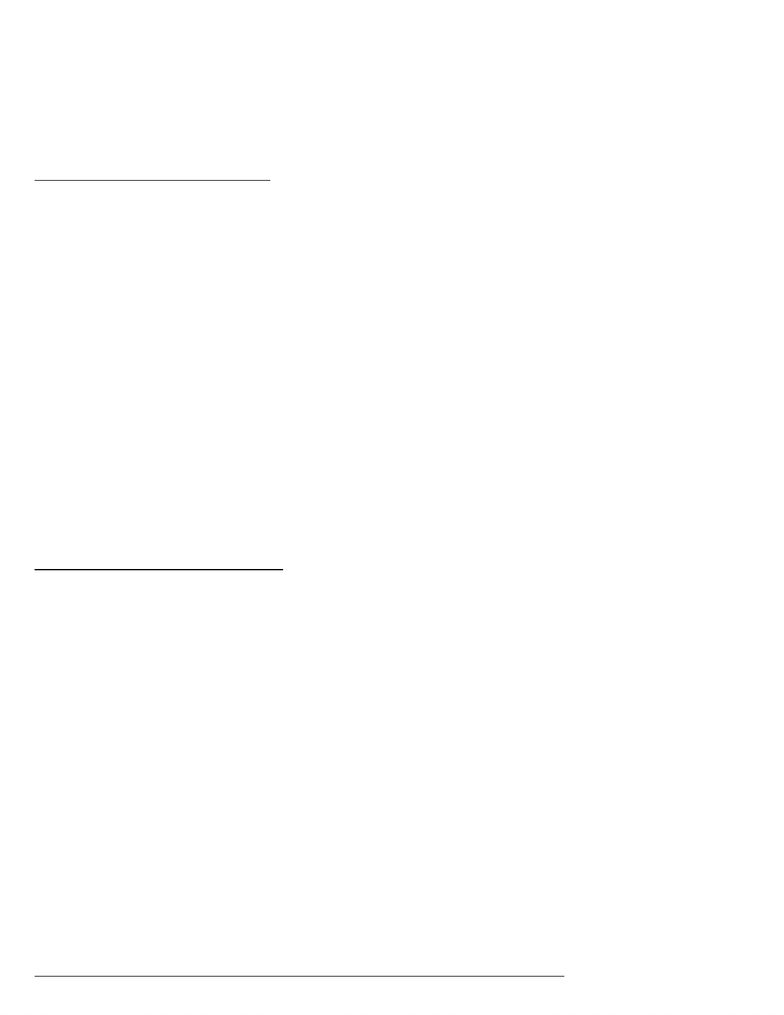 - stimulus opens ion channels either directly or indirectly. In most cases, channel opening results in net influx
of Na or other cations into the receptor, depolarizing the membrane (some cases, K leaves cell causing
hyperpolarization)
- change in sensory receptor membrane potential is a graded potential called a receptor potential
- in some cells, receptor potential initiates A.P that travels along sensory fiber to the CNS. In other cells, they
influence neurotransmitter secretion by receptor cell Æ alters electrical activity in an associated sensory
neuron
A sensory neuron has a receptive field
- somatic sensory and visual neurons are activated by stimuli that fall within a specific physical area known
DVWKHQHXURQ¶Vreceptive field
- simplest caseÆ once receptive field associated with one sensory neuron (the primary sensory neuron)
which in turn synapses on one CNS neuron( the secondary sensory neuron)
- but receptive fields overlap with neighbouring receptive fields
- primary and secondary sensory neurons a.k.a first-order and second-order neurons
- sensory neurons of neighbouring receptive fields may exhibit convergence. When multiple primary sensory
neurons converge on a single secondary neuron, their individual receptive fields merge into a single, large
secondary receptive field
- size of secondary receptive fields determine how sensitive a given area is to a stimulus
- two-point discrimination test (refer to fig. 10-3)
o many primary sensory neurons converging onto a single secondary neuron creates a very large
secondary receptive field. The two stimuli will be perceived as a single point since both stimuli fall
within the same receptive field. Less-sensitive regions of the skin are found on the arms and legs. In
these regions, tow stimuli 20 mm apart cannot be felt separately
o when fewer primary neurons converge, secondary receptive fields are much smaller. The two stimuli
activate and separate pathways and are perceived as distinct stimuli. In more sensitive regions,
fingertips, two stimuli separated by as little as 2 mm will be perceived as two distinct stimuli
The CNS integrates sensory information
- sensory info from much of the body enters the spinal cord and travels through ascending pathways to the
brain. Some info goes directly into the brain stem via the cranial nerves
- most sensory pathways project to the thalamus. The thalamus modifies and relays info to cortical centers
- only olfactory info is not routed through the thalamus. Info about odors travels from nose through the
olfacrory bulb and first cranial nerve to the olfactory cortex in cerebrum (odors are so closely linked to
memory and emotion; people experience a smell that brings back memories of places or people from the
past)
- perceptual threshold ± level of stimulus intensity necessary to be aware of a particular sensation. Stimuli
can bombard your sensory receptors constantly, but your EUDLQFDQ³WXUQRII´VRPHVWLPXOLWRDYRLGEHLQJ
RYHUZKHOPHGZLWKLQIR<RXH[SHULHQFHDFKDQJHLQSHUFHSWXDOWKUHVKROGZKHQ\RX³WXQHRXW´WKHUDGLR
ZKLOHVWXG\LQJRUZKHQ\RX³]RQHRXW´GXULQJDOHFWXUH,QERWKFDVHVQRLVHLVDGHTXDWHWRVWLPXODWH
sensRU\QHXURQVLQHDUEXWQHXURQVKLJKHULQSDWKZD\GDPSHQSHUFHLYHGVLJQDOVRWKDWLWGRHVQ¶WUHDFKWKH
conscious brains
- decreased perception of stimulus accomplished by inhibitory modulation, which diminishes a suprathreshold
stimulus until it is below the perceptual threshold
- if modulated stimulus suddenly becomes important, you can consciously focus your attention and overcome
the inhibitory modulation. At that point, the conscious brain seeks to retrieve and recall sound input from
subconscious
Coding and processing distinguish stimulus modality, location, intensity, and duration
www.notesolution.com
Unlock document 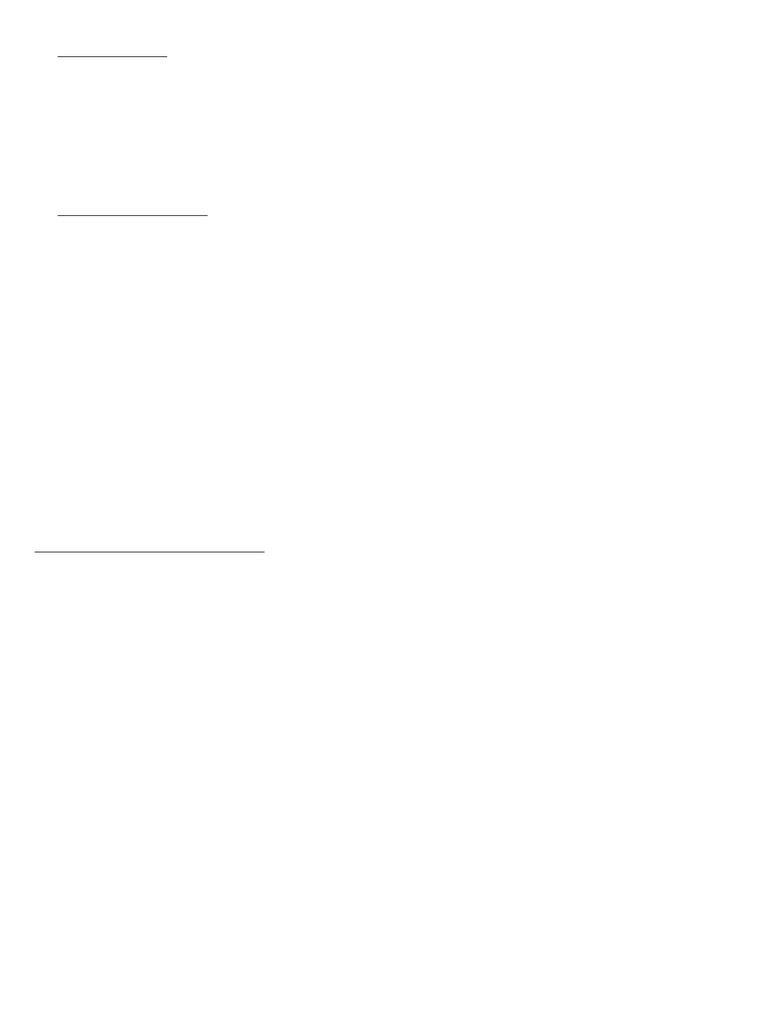 Sensory Modality
o modality of a stimulus indicated by which sensory neurons are activated and by where the pathways
of the activated neurons terminate in the brain. Each sensory receptor type is most sensitive to a
particular modality of stimulus
o each sensory modulation can be subdivided (e.g. color vision divided into red, blue, and green
according to wavelengths)
o brain associates a signal coming from a specific group of receptors with a specific modality Æ
labelled line coding
Location of the stimulus
o coded according to which receptive fields are activated
o sensory regions of cerebrum are highly organized with respect to incoming signals, and input from
adjacent sensory receptors is processed in adjacent regions of the cortex
o e.gÆ touch receptors in hand project to a specific area of the cerebral cortex
o neurons in ears have no receptive fields and their activation provides no info about the location of
the sound. Instead, brain uses the timing of receptor activation to compute a location. A sound
coming directly in front of a person will reach both ears simultaneously. A sound placed off to one
side will reach the closer ear several millisec b4 it reaches the other ear. The diff. in time it takes for
the second stimuli to reach the 2 sides of auditory cortex is registered by the brain and used to
FRPSXWHWKHVRXQG¶VVRXUFH
o lateral inhibition ± another way location of a stimulus can be located. (refer to fig 10-6 on pg . 335).
The responses of primary sensory neurons A, B, and C are proportional to the intensity of the
stimulus in each receptive field. Secondary sensory neurons A and C are inhibited by secondary
sensory neuron B, creating greater contrast between B and its neighbours
o population coding ± the way multiple receptors can function together to send the CNS more info
than would be possible from a single receptor
Intensity and duration of the stimulus
- intensity is coded in 2 types of info: the number of receptors activated (population coding) and the
frequency of A.Ps coming from those receptors (frequency coding)
- only the most sensitive receptors (those with lowest threshold) will respond to a low-intensity stimulus. As a
stimulus increases in intensity, additional receptors are activated. The CNS translates the number of active
receptors into a measure of stimulus intensity
- LIDVWLPXOXVLVEHORZDWKUHVKROGSULPDU\VHQVRU\QHXURQGRHVQ¶WUHVSRQG
- once stimulus intensity increases, receptor potential amplitude (strength) increases in proportion, and the
frequency of A.Ps in primary sensory neuron increases, up to a max rate
- a longer stimulus generates a longer series of A.Ps in the primary sensory neuron. If a stimulus persists,
some receptors adapt, Æ they cease to respond
- receptors fall into one of 2 classes, depending on how they adapt continuous stimulation.
o Tonic receptors Æ slowly adapting receptors that fire rapidly when first activated, then slow and
maintain their firing as long as stimulus is present. In general, the stimuli that activate tonic receptors
are parameters that must be monitored continuously by the body
o Phasic receptors Æ rapidly adapting receptors that fire when they first receive a stimulus but cease
firing if the strength of the stimulus remains constant. Once a stimulus reaches a steady intensity,
phsasic receptors adapt to the new steady state and turn off. Adaption of these receptors allows us to
filter out extraneous sensory info and concentrate on what is new, different, or essential
- To summarize, the specificity of sensory pathways is established in several ways:
1. each receptor is most sensitive to a particular type of stimulus
2. a stimulus above threshold initiates A.Ps in a sensory neuron that projects to the CNS
www.notesolution.com
Unlock document

328-342 role of the afferent division of the nervous system: provide us info about the environment outside and inside our bodies. 892:9,9:8:,/43970,. . 438. 4:8,,7030883. :/0. ,30832:8. 0stretch and tension, as well as variety of internal parameters that the body monitors to maintain homeostasis (bp and ph) stimuli reaching conscious level are associated with the special senses of vision, hearing, taste, smell, and. Eq, and the somatic senses of touch, temperature, pain, itch, and proprioreception  awareness of body movement and position in space  mediated by sensory receptors (proprioreceptors) Some signals pass up to the cerebral cortex, where they reach conscious perception, but others are acted on subconsciously, without our awareness. At each synapse along the pathway, nervous system can modulate and shape the sensory info. Simplest systems are single sensory neurons with branched dendrites that function as receptors. Most complex systems include multicellular sense organs, such as the ear and the eye. When activated, hair cell releases a neurotransmitter that initiates an.