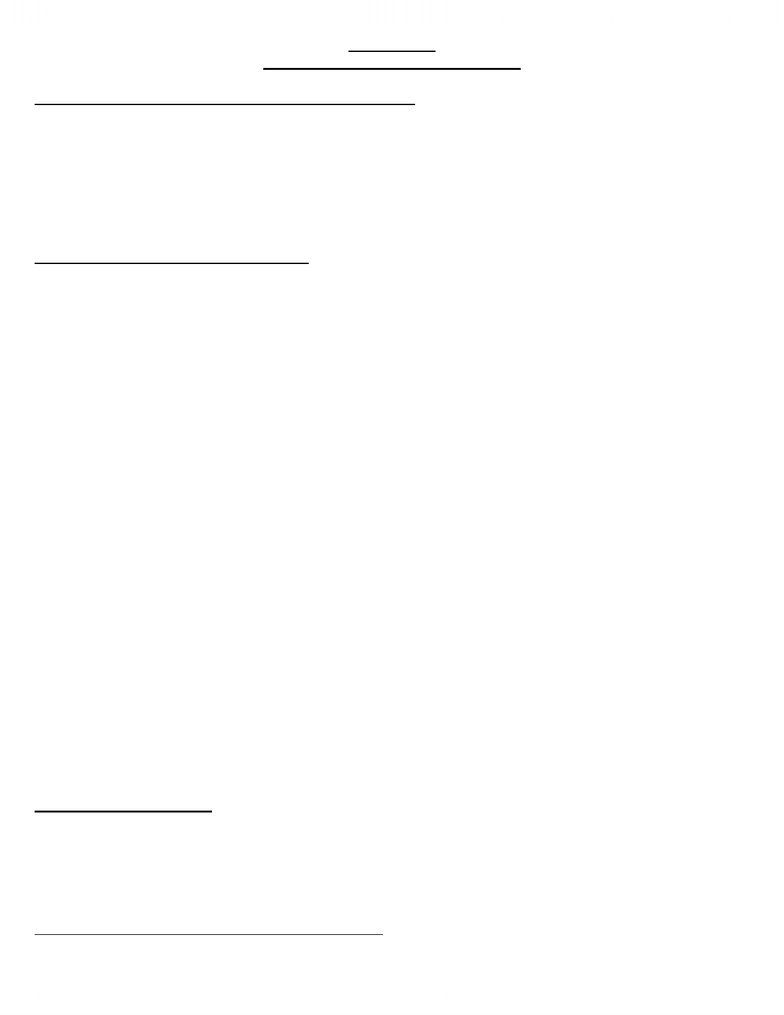 CHAPTER 9
THE CENTRAL NERVOUS SYSTEM
EMERGENT PROPERTIES OF NEURAL NETWORKS
- plasticity ± ability to change circuit connections and function in response to sensory input and past
experience
- brain structures easily restructure themselves as the result of sensory input, learning, emotion, and creativity
- brain can add new connections when neural stem cells differentiate
- affective behavious ± related to feeling and emotion
- cognitive behaviours ± related to thinking
EVOLTUION OF NERVOUS SYSTEMS
- refer to Fig. 9-1
- first multicellular animals to develop neurons were members of the phylum Cnidaria, the jellyfish and sea
anemones. Their nervous system is a nerve net composed of sensory neurons, connective interneurons, and
motor neurons that innervate muscles and glands. These animals respond to stimuli with complex
behaviours, yet without input from an identifiable control centre. Electrical signals in the form of A.P.s, and
chemical signals passing across synapses, are the same in all animals. It is only in the number and
organization of the neurons that one species differs from another
- flatworms ± nervous system as known in higher systems, but distinction between CNS and peripheral
nervous system is not clear. They have a rudimentary brain consisting of a cluster of nerve cell bodies
concentrated in the head (cephalic ) region. Two large nerves called nerve cords come off the primitive
brain and lead to a nerve network that innervates distal regions of the flatworm body
- annelids ± segmented worm, like earthworm ± more advanced CNS. Clusters of cell bodies are no longer
restricted to the head region, but also occur in fused pairs, called ganglia along a nerve cord. Since each
segment of the worm contains a ganglion, simple reflexes can be integrated within a segment without input
from the brain Æ spinal reflexes in humans and other vertebrates.
- Cephalic brains in most animals ± head contacts environment first as animal moves; as brains evolved, they
became associated with specialized cephalic receptors, such as eyes for vision and chemoreceptors for smell
and taste
- in vertebrate brain evolution, the most dramatic change is seen in the forebrain region, which includes the
cerebrum
- fish ± forebrain is a small bulge dedicated mainly to processing olfactory info about odors in environement
- birds and rodents ± part of forebrain enlarged into a cerebrum with a smooth surface
- humans ± cerebrum is the largest and most distinctive part of brain, with deep grooves and folds. It allows
reasoning and cognition
o cerebellum ± region of hindbrain devoted to coordinating movement and balance. Present in birds
and humans and identified by its grooves and folds
ANATOMY OF THE CNS
- consists of brain and spinal cord
- brains increase in complexity and degree of specialization as we go up from fish to humans
- during development, in all vertebrates, CNS consists of layers of neural tissue surrounding a fluid-filled
central cavity lined with epithelium
The central nervous system develops from a hollow tube
www.notesolution.com
Unlock document 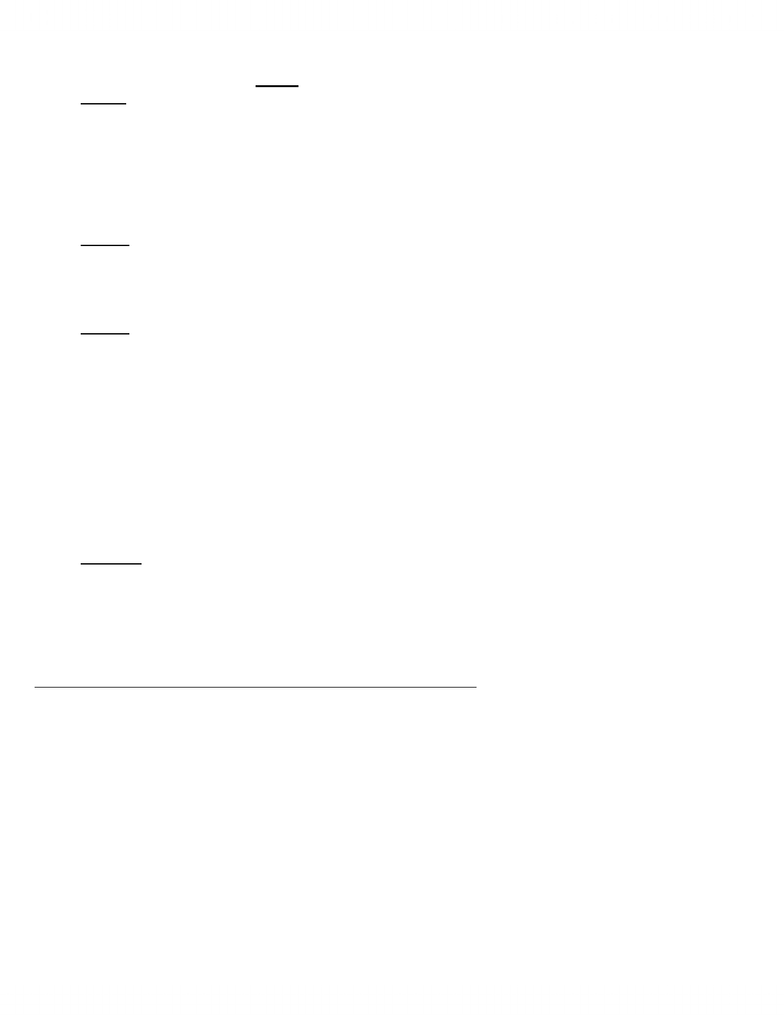 - in very early embryo, cells becoming nervous system lie in a flattened region called the neural plate (refer
to Fig 9-2 and 9-3)
- as developmental proceeds (day 20), neural plate cells along the edge migrate toward the midline
- Day 23 ± neural plate cells have fused with each other, creating a neural tube. Neural crest cells from the
lateral edges of the neural plate now lie dorsal to the neural tube.
o Lumen ± remains hollow; become the central cavity of CNS
o Cells lining neural tube either differentiate into epithelial ependyma or remain as undifferentiated
neural stem cells
o Outer cell layers ± become neurons and glia of the CNS
o Neural crest walls ± become sensory and motor neurons of the peripheral nervous system
- week 4 ± anterior portion of neural tube specializes into regions of brain. Three divisions are obvious: a
forebrain, a midbrain, and a hindbrain. The tube posterior to the hindbrain will become the spinal cord.
Forebrain that will become the cerebrum is not much larger
- as development proceeds, growth of cerebrum begins to outpace that of the other regions
- week 6 ± CNS formed the 7 major divisions that are present at birth. Six of them:
1) cerebrum
2) diencephalon
3) the midbrain
4) cerebellum ¸
5) pons (cerebellum and pons)
6) medulla oblongata
7) spinal cord
- 1 and 2 develop from forebrain. 4, 5 and 6 are divisions of the hindbrain
- Central cavity (lumen) of neural tube has begun to enlarge into hollow ventricles of the brain. There are two
lateral ventricles (1st and 2nd) and two descending ventricles (3rd and 4th). It also becomes the central canal
of spinal cord
- Week 11 - cerebrum noticeably enlarged; at birth, it is the largest and most obvious structure we see when
looking at a human brain
- Fully developed cerebrum surrounds the diencephalon, midbrain, and pons, leaving only the cerebellum and
medulla oblongata visible below it
- Because of the flexion (bending) of the neural tube early in development, some directional terms have
different meanings when applied to the brain
The central nervous system is divided into gray matter and white matter
- like PNS, is composed of neurons and supportive glial cells
- interneurons completely contained in the CNS. Sensory and afferent link interneurons to peripheral
receptors and effectors
- at macroscopic level, CNS tissue divided into gray matter and white matter
- gray matter
o consists of unmyelinated nerve cell bodies, dendrites, and axon terminals
o cell bodies form layers in some parts of brain and spinal cord and in other parts cluster into groups of
neurons that have similar functions
o cluster of cell bodies in brain and spinal cord Æ nuclei and identified by specific names Æ
geniculate nucleus (processing of visual info)
- white matter
o made up of mostly myelinated axons Æ reason for pale colour
www.notesolution.com
Unlock document 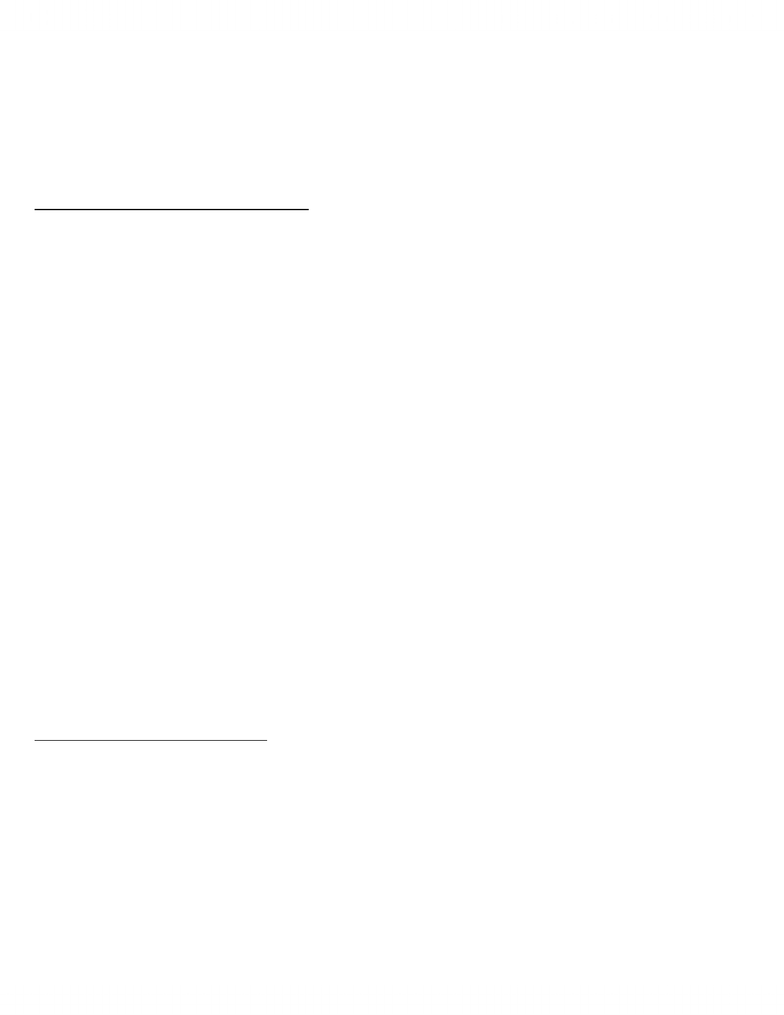 o contains very few cell bodies
o bundles of axons that connect diff. regions of CNS Æ tracts Æ tracks in CNS equivalent to nerves
in PNS
- consistency of brain and spinal cord is soft and jellylike
- neural tissue has minimal extracellular matrix and must rely on external support for protection from trauma
Æ support in the form of an outer casing of bone, 3 layers of connective tissue membrane, and fluid
between the membranes
Bone and connective tissue support the CNS
- brain encased in bony skull, or cranium and spinal cord runs through a canal in the vertebral column Æ
has body segmentation, which are stacked on top of one another and separated by disks of connective tissue.
Nerves of PNS enter and leave spinal cord by passing through notches between stacked vertebrae
- 3 layers of membrane Æ meninges lie between bones and tissues of CNS. They help stabilize the neural
tissue and protect it from bruising against the bones of the skeleton
- Starting from bones and moving toward the neural tissue, the membranes are:
1. the dura mater
2. the arachnoid membrane
3. pia mater
- pia mater
o thin membrane that adheres to surface of brain and spinal cord. Arteries that supply blood to the
brain are associated with this layer
- arachnoid membrane
o loosely tied to pia, leaving a subarachnoid space between 2 layers
- dura mater
o is thick and associated with veins that drain blood from brain through vessels or cavities called
sinuses
- final protective component of CNS Æ extracellular fluid, which helps cushion the delicate neural tissue
- cranium has an internal volume of 1.4 L , of which 1 L is occupied by cells
- remaining volume is divided into 2 distinct extracellular compartments: the blood and the cerebrospinal
fluid and interstitial fluid
- cerebro and interstitial fluid form extracellular environment for neurons
- interstitial Æ lies inside pia mater; cerebro Æ found in ventricles and in space between pia mater and the
arachnoid membrane. 2 fluids communicate with each other across the leaky junctions of pial membrane
and ependymal cell layer lining the ventricles
The brain floats in cerebrospinal fluid
- cerebrospinal fluid ± (CSF), salty solution continuously secreted by choroid plexus Æ specialized region
on the walls of ventricles; it consists of capillaries and a transporting epithelium derived from ependyma;
selectively pump Na and other solutes from plasma into ventricles, creating an osmotic gradient that draws
water along with the solutes
- from ventricles, this fluid flows into subarachnoid space between pia mater and arachnoid membrane in
cranium. It flows around the neural tissue and is finally absorbed back into blood by special villi on
arachnoid membrane in cranium
- serves 2 purposes:
o physical protection and chemical protection. Brain and spinal cord float in thin layer of fluid
between membranes. Buoyancy of fluid Æreduces weight of brain Æ translates into less pressure on
blood vessels and nerves attached to the CNS
www.notesolution.com
Unlock document