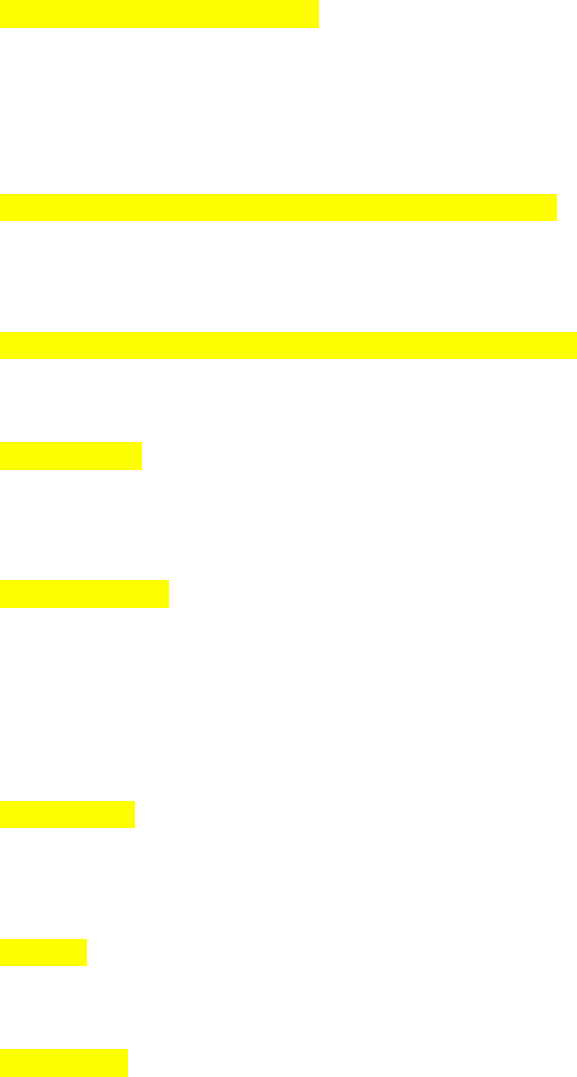 EESA Multiple Choice Questions
1) Which of the following are part of the Earth System?
a. Biosphere
b. Geosphere
c. Atmosphere
d. All of these and the hydrosphere
2) In which scenario below would you likely to hire a geoscientist to help better
understand the situation?
a. A small community is worried about contamination of their water wells
from an industrial waste site
b. A subway tunnel is being bored under a major city
c. Finding the best route for a subsea pipeline
d. Geoscientists might be employed in all of these scenarios
3) In which of the following is geological knowledge useful?
a. Avoiding geologic and other natural hazards
b. Supplying things we need
c. Protecting the environment
d. All of these are areas where geological knowledge is useful
4) Continental drift was suggested by this person to explain the movement of the
continents.
a. William Logan
b. Alfred Wegner
c. William Smith
d. Tuzo Wilson
5) Pangea is the name of:
a. A country in Europe
b. A supercontinent
c. An OK continent
d. The birth place of geology
6) The rock cycle:
a. Is a concept used to explain the relationship of the three main types of
rocks
b. Describes the constant recycling of the three main types of rocks
c. Does not encompass all geologic processes
d. Is all of these
7) What is the Earth’s external source of energy?
a. Petroleum
b. Natural gas
c. Coal
d. The Sun
8) This Canadian geophysicist is credited with naming transform faults.
a. Alfred Wegener
b. Sir William Logan
c. Tuzo Wilson
d. William Smith
9) The oldest known fossils on Earth are how old?
a. 600 million years
Unlock document

EESA Multiple Choice Questions
b. 65 million years
c. 3.5 million years
d. 3 million years
10) Which of the following are steps of the scientific method?
a. Problem
b. Methodology
c. Analyze and Interpret
d. All of these
11) How big is the Manicouagan meteorite crater in Quebec?
a. 1 kilometre
b. 10 litometres
c. 100 lilometres
d. 1 000 lilometres
12) The Burgess Shale:
a. Contains fossils from the Cambrian “explosion”
b. Is a World Heritage Site
c. Is located in Yoho National Park, B.C.
d. Is all of these
13) The dinosaurs beame extinct about:
a. 6.5 million years ago
b. 65 million years ago
c. 650 million years ago
d. At the end of the Cretaceous Period
14) The layer of Earth composed of iron, nickel and silicon.
a. Core
b. Asthenosphere
c. Crust
d. Mantle
15) The division of geology that is concerned with the search for oil and gas is:
a. Petroleum geology
b. Petrology
c. Geophysics
d. Paleontology
16) Which of the following are types of geoscientist?
a. Mineralogist
b. Seismologist
c. Paleontologist
d. A geologist may specialize in any of these
17) This is one of the most important theories in geology
a. Plate tectonics
b. Continental drift
c. Relativity
d. Gravity
18) Geologists are generally agreed that Earth is:
a. As old as the hills and twice as dusty
b. About 6 000 years old
Unlock document

EESA Multiple Choice Questions
c. About 4.55 billion years old
d. About 100 million years old
19) Molten rock is called:
a. Magma
b. Lithosphere
c. Crust
d. Mantle
20) Igneous, sedimentary, and metamorphic are:
a. The three major classes of rocks
b. Three words that I never heard before
c. Three words composed of multiple syllables
d. Three types of plate boundaries
21) The southern supercontinent was called:
a. Laurentia
b. Glossopteris
c. Gondwana
d. Pangea
22) The sliding of seafloor beneath a continent or island arc is known as:
a. Obfuscation
b. Obduction
c. Subduction
d. Obliteration
23) The tectonic plates of Earth are part of Earth’s:
a. Crust
b. Mantle
c. Lithosphere
d. Asthenosphere
24) The Morley-Wine-Matthews hypothesis explains the origin of:
a. Polar wandering
b. Seafloor magnetic anomalies
c. Continental drift
d. Mid-ocean ridges
25) The San Andreas Fault in California is a:
a. Convergent plate boundary
b. Divergent plate boundary
c. Transform plate boundary
d. None or these
26) Which of the following features would you expect to find at an ocean-ocean
convergent boundary?
a. Volcanic island arc
b. Ocean trench
c. Earthquakes
d. All of these
27) Which of the following features would you expect to find at an ocean-continent
convergent boundary?
a. Deep ocean trench
Unlock document