LINC28~ Chapter 5: Conversation:
Conversation as a genre:
Characterized by a friendly and informal relationship b/w participants.
chatting and gossiping= most informal and relaxed conversations
Vital social glue that keeps relationships going.
Involves a share of talk
take turns in talking with one another.
In contrast w/ other genres, such as a lecture, or the interview genre, it’s not the matter of one
person doing all the talking, or one person asking a lot of questions and the other answering them.
Thought of conversations as “private”, but it occurs in public places as well.
Important part of relationships at work.
Deborah Jones:
 indentifies 4 kinds of conversations among women, which she viewed them as different
varieties: (1) “house-talk”=occupational talk which is the housewife’s equivalent of “talking
shop”; (2) “scandal”= involves the verbal policing of other women’s behaviour; (3) “bitching”= a
form of troubles-talk involving complaints about men to other women; (4) “chatting”= purely
phatic.
claim: what they have in common is a sharing of personal experience in conversation
(sometimes, incidentally, in narrative form).
Gossip= a type of conversation stereotypically associated w/ women.
”language of intimacy”- according to Jones
Other researchers have demonstrated that men engage in it too- and, talking a narrower
definition of gossip as malicious talk about people in their absence.
The conversational division of labour:
Fishman:
studied conversations of 3 couples, taped separately, in their homes.
-they were all white, middle-class, heterosexual Americans.
-lived in apartments where most of their convos could be picked up, including loud talks from
bathroom and bedroom.
-the men would turn the tape-recorders on w/o the women’s knowledge.
Results: found that three women were doing the donkey-work in conversations w/ their
husbands: “As w/ work in its usual sense, these appear to be a division of labour in conversation.
-the ppl who do the routine maintenance work, the women are not the same ppl who either
control or benefit from the process.
-there is unequal division of labour on the grounds of sex
find more resources at oneclass.com
find more resources at oneclass.com
Unlock document

- found 4 things:
(1) Questions: the women asked 3x as many questions as the men. They need to elicit responses
from men and are asking interested questions to engage in interaction at all.
(2) Minimal response: the “interested listener” noises (ex. Mm, yeah). Sometimes called
supportive feedback or backchannel feedback. They are the essential part of cooperative talk.
Found that women used them supportively to develop the topic, whereas the men withheld or
delayed minimal responses to curtail the topic (=uncooperative).
(3) Attention-getters: Women used “D’ya know what? : to engage their husbands’ attention.
Used to attract attention before introducing a topic. Children typical use this to get the adult’s
attention. They also use “y’know” as an attention-getter after a delayed or withheld minimal
response.
(4) Topic initiation and uptake: Men’s topics always succeeded, women’s were often not taken
up. The success of men’s topics is due to the supportive efforts of women with using minimal
response technique.
DeFrancisco:
 extended Fishman’s study with using 7 couples.
Result: found that interruptions are turn-taking violations; one person talking another person’s
speaking turn away from them.
-they are very much in the eye of the beholder (or the ear of the interruptee, perhaps).
Intteruption can also be high-involvement in the conversation while adding to the point.
Miscommunication:
Boys and girls often spend their time playing in their single-sex groups.
therefore learning cross-sex talk can be a big problem in adulthood.
Mismatches in expectations about talk cause problems for minority groups in the host
culture; intonation patterns used by Indian speakers, for instance, may be perceived as abrupt
and rude by prospective British employers.
Goodwin became a part of the scenery in the children’s neighbourhood in Philadelphia,
following them around with a video camera as they played.
She looked at the way these children organized themselves socially as they played in the
street: at their group dynamics and language strategies.
An important part of play is planning what to do and getting others to go along with you.
Play involves deciding and agreeing on courses of action.
The girls played in twos and threes, in small non-hierarchical groups.
There was joint participation in decisions and minimal status negotiation, where nobody
had to be the leader.
Proposals about what to do were made by all the participants; and they were generally
agreed with.
find more resources at oneclass.com
find more resources at oneclass.com
Unlock document 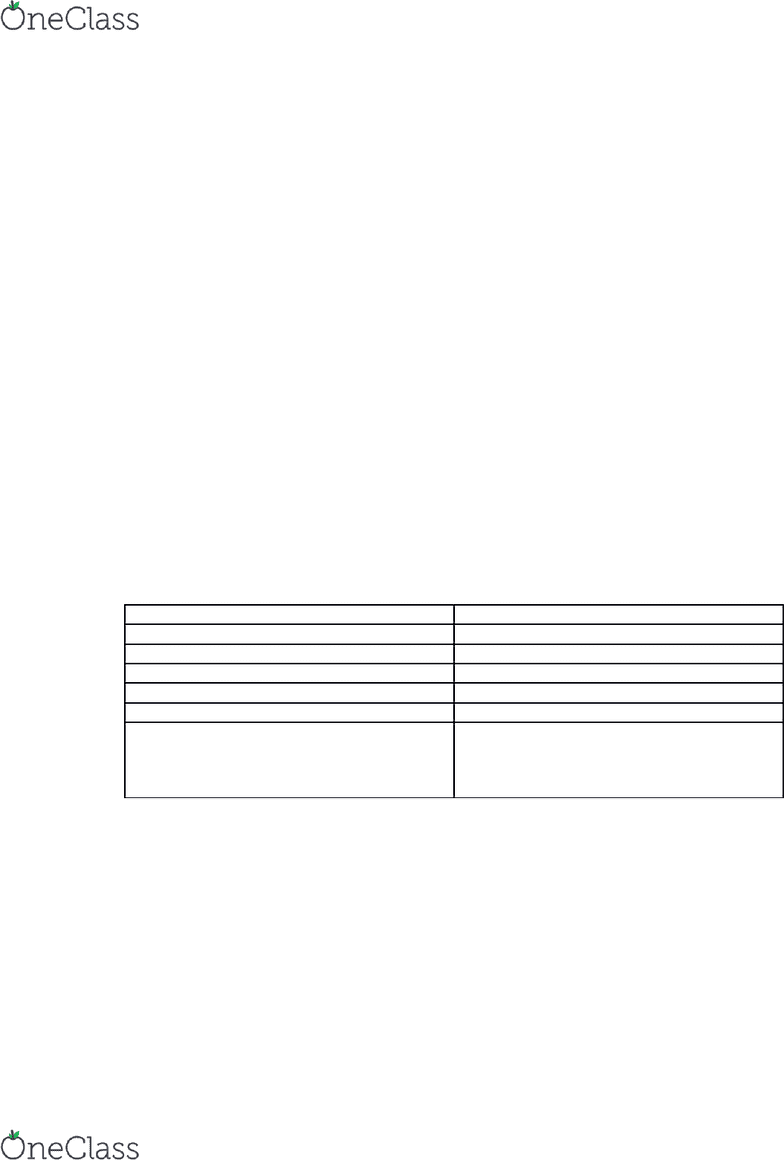  In issuing directives they tended to use forms like let’s, the inclusive we and conditionals
like could
they less frequently use the form gotta, which has more of the imperative force of a
command.
- but when they did, what they were proposing was some joint action or obligation.
 when the girls did not agree, they tended to have little difficulty negotiating differences.
Goodwin is not claiming that girls cannot use direct forms, but that they do not in friendly
interaction among themselves.
 They do use them when they are playing house or school, in the roles of parent or teacher.
-also used them when telling younger children what to do and when they are in very hostile
encounters, including w/ boys.
Boys were grouped in hierarchical teams or ‘gangs’
on one occasion, two teams of boys were making slingshots out of coat hangers, preliminary to
a battle.
Making the slingshots itself became highly competitive b/w the two teams.
-they engaged in status negotiation; in other words, they were competing over who was the
leader.
*choice of language plays a key part in this.
Their directives typically took the form of explicit commands.
-often aggravated forms, such as simply in terms of the speaker’s desires.
*only the leader uses such commands successfully.
Girls Boys
Social Organization: Social Organization:
Mostly in pairs Large groups
‘Best friends’ ‘Gang’
Non-hierarchical Hierarchical
Directive: Directive:
‘Hey y’all let’s use these first and then come
back and get the rest cuz, it’s too many of em.’
‘We gonna paint em and stuff.’ ‘We could go
around looking for bottles.’
‘Gimme the pliers.’ ‘Get off my steps.’ ‘Man,
don’t come down in here where I am’
Maltz and Borker (1982) use the evidence of these subcultural differences among
children to account for miscommunication among adults.
Claim: women and men are socialized in distinct subcultures.
-they grow up w/ different expectations about friendly, conversational behaviour.
Like people from different cultures, men and women miscommunicate b/c their
expectations of the discourse differ.
Result: They saw mismatches of expectations in the use of minimal responses (mm,
yeh, and suchlike) by women and men.
-Women have learned to use them as interested-listeners noises; men have not.
Politeness:
find more resources at oneclass.com
find more resources at oneclass.com
Unlock document