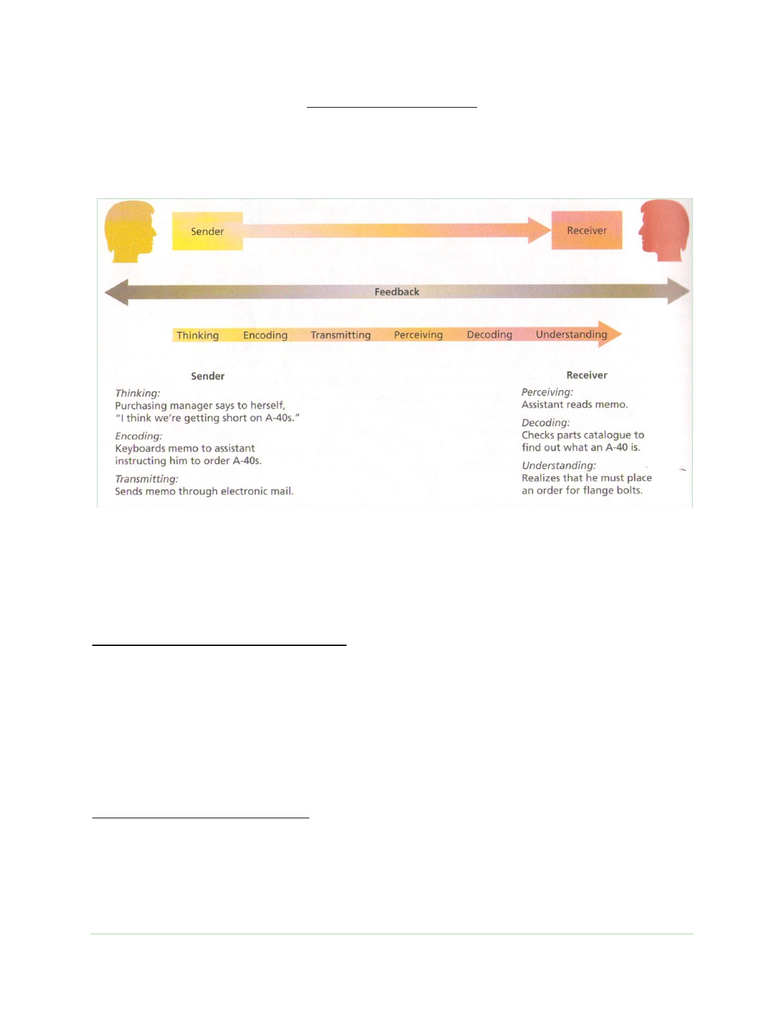 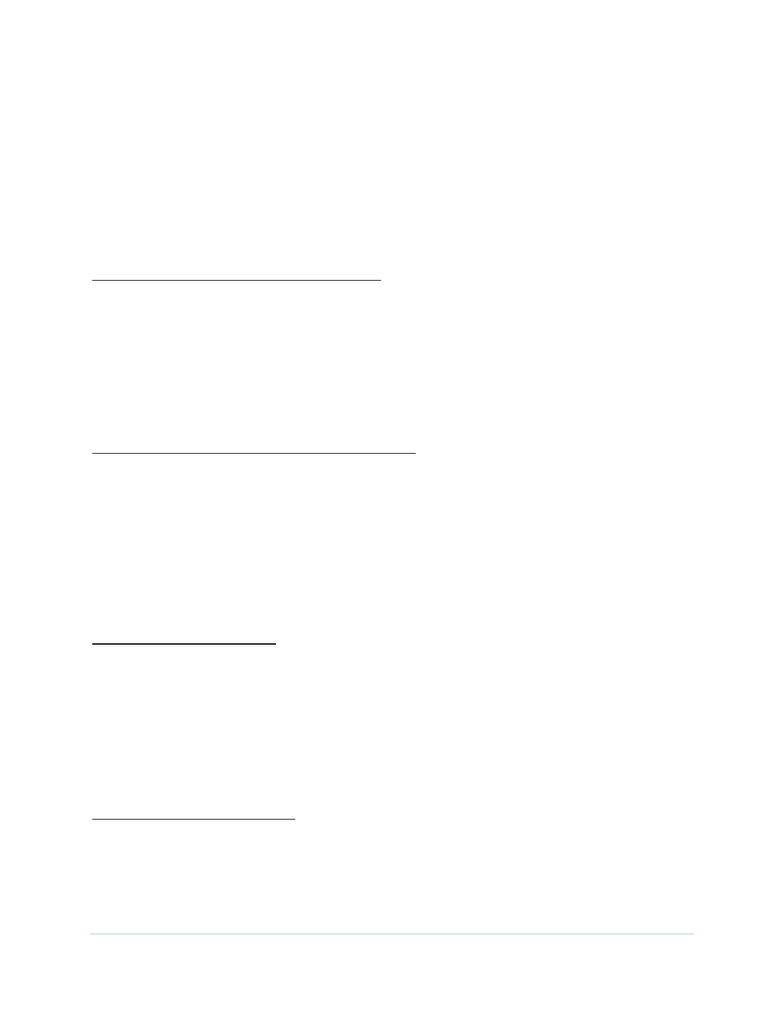 2 | P a g e
o Upward filtering occurs because employees are afraid that their boss will use the
information against them.
o Downward filtering is due to time pressures or lack of attention to detail. Or to maintain
an edge on subordinates.
o Open Door Policy: The opportunity for employees to communicate directly with a
manager without going through the chain of command. Direct communication to
decrease upward filtering.
 Slowness. Can be very slow, especially for horizontal communication.
Manager-Employee Communication
How Good is Manager-Employee Communication?
 Managers and employees often differ in their perceptions of the following issues (as a result of a
lack of openness in communication, might contribute to role conflict and ambiguity):
o How employees should and do allocate time
o How long it takes to learn a job
o The importance employees attach to pay
o The amount of authority the employee has
o The employee’s skills and abilities
o The employee’s performance and obstacles to good performance
o The manager’s leadership style
Barriers to Effective Manager-Employee Communication
 Conflicting Role Demands. Difficulty balancing task and social-emotional functions (role
demands).
 Mum Effect.
o Mum Effect: The tendency to avoid communicating unfavourable news to others.
o The sender need not be responsible for the bad news, but if they are, the mum effect is
more likely.
o Employees who want to impress their superiors are more likely to withhold bad news.
o Mum effect also occurs in downward communication.
The Grapevine
Characteristics of the Grapevine
 Grapevine: An organization’s informal communication network. Often cuts across formal lines of
communication that are recognized by management.
 Grapevine information is communicated through email, etc, not just by mouth; an organization
often has several grapevine systems; and the grapevine can transmit information relevant to the
performance of the organization as well as personal gossip.
 At least 75% of the non-controversial organization-related information carried by the grapevine
is correct.
 Net effect is more “know” than “tell” – those who receive grapevine news don’t always pass it
on, only a proportion passes it on.
Who Participates in the Grapevine?
 Extraverts may be more likely than introverts, as well as those who lack self esteem (gives them
a personal advantage).
 Nature of info may influence who chooses to pass it on.
 Physical location of organizational members is related to their opportunity to both receive and
transmit news via the “vine.”
Unlock document 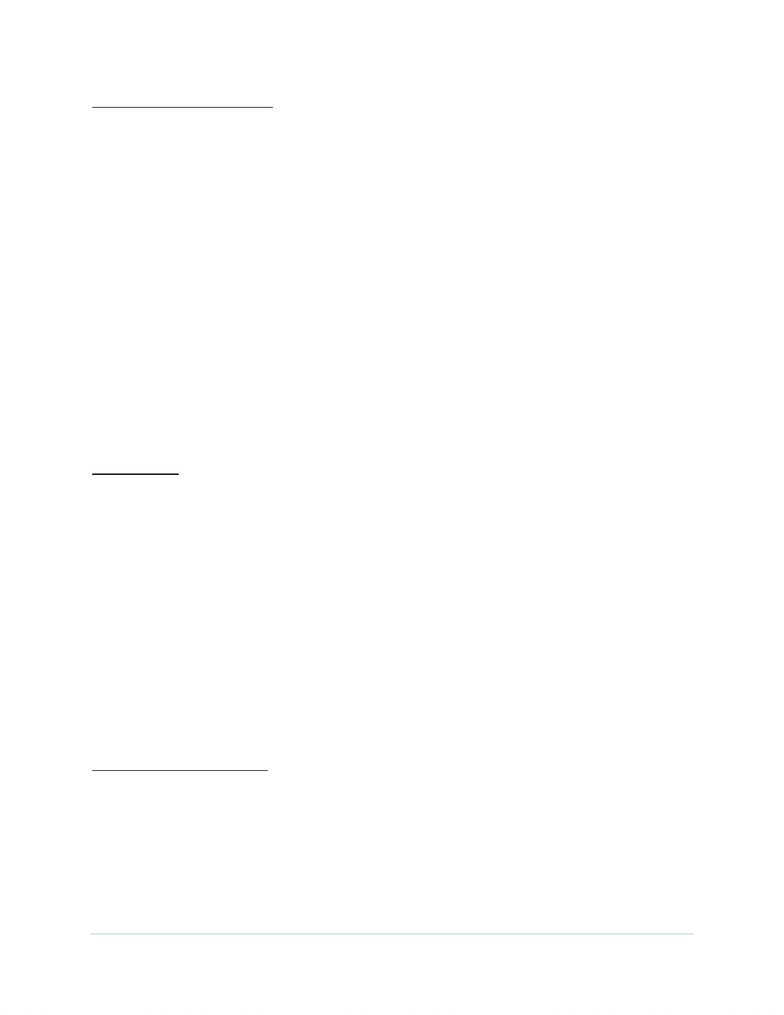 3 | P a g e
Pros and Cons of the Grapevine
 Can keep employees informed about important organizational matters, such as job security, and
it may even serve as a regular substitute for formal communication.
 Can provide a test of employee reactions to proposed changes or ideas without making formal
commitments.
 Rumour: An unverified belief that is in general circulation. When the grapevine becomes a
problem. Not likely for the rumour to remain true (if it was true in the first place) as it runs
through the grapevine – susceptible to distortion.
The Verbal Language of Work
 Circumstances shape our language and we often take shaping for granted.
 Jargon: Specialized language used by job holders or members of particular occupations or
organizations. Creates a barrier for new organizational members and sometimes between
departments. It also creates a barrier to outsiders.
 COMVOC (common vocabulary) – Rosabeth Moss Kanter – facilitate communication among
employees who were often geographically separated – it provided a common basis for
interaction among virtual strangers.
The Non-Verbal Language of Work
 Non-Verbal Communication: The transmission of messages by some medium other than speech
or writing. (Someone says something but we know they really don’t mean it).
Body Language
 Body Language: Non-verbal communication by means of a sender’s bodily motions, facial
expressions, or physical location.
 Senders communicate linking and interest in the receiver when they:
o Position themselves physically close to the receiver;
o Touch the receiver during the interaction;
o Maintain eye contact with the receiver;
o Lean forward during the interaction; and
o Direct the torso toward the receiver
 The above behaviours demonstrate that the sender has genuine consideration for the receiver’s
point of view.
 Relaxation is demonstrated by (when senders of higher status act more relaxed):
o The casual, asymmetrical placement of arms and legs;
o A reclining, non-erect seating position; and
o A lack of fidgeting and nervous activity
 The greater the difference in relaxation between two parties, the more they communicate a
status differential to each other.
Props, Artifacts, and Costumes
 Office Decor and Arrangement. Prefer professor’s office that is (1) tidy – signals well organized;
(2) decorated with posters and plants – says “I’m human;” and (3) desk against the wall – no
physical barrier between student and professor.
 Does Clothing Communicate? Receivers unconsciously attach certain stereotyped meanings to
various clothing and then treat the wearer accordingly. The wrong clothing will prevent others
from detecting qualities such as ambition, intelligence, and savvy. Proper clothing may increase
self-esteem and self-confidence.
Unlock document