Study Guide of chapter 9 for PSYA01 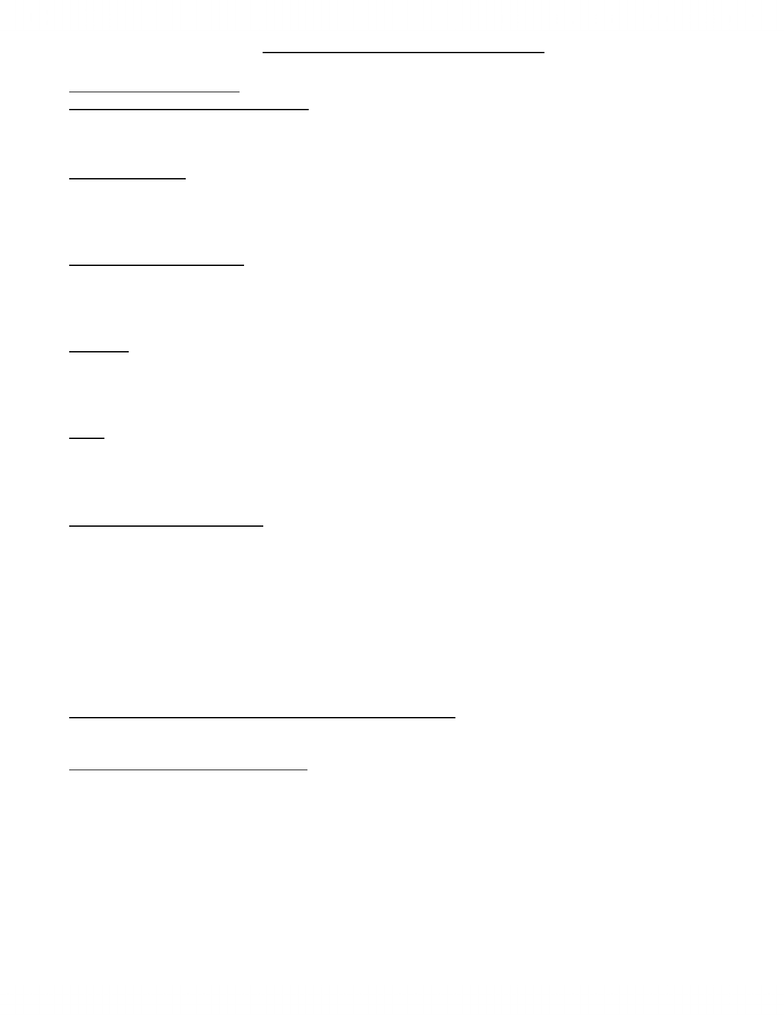 1
CHAPTER 9 ! CONSCIOUSNESS
CHAPTER OUTLINE:
Consciousness as a Social Phenomenon:
-consciousness is subjective phenomenon, it’s a natural phenomenon that can be studied scientifically
-product of our ability to communicate symbolically with other people
Selective Attention:
-our ability to focus on particular categories of stimuli in particular locations
-attention to particular characteristic of visual stimulus increases activity of particular regions of visual
association cortex involved in analysis of that characteristic
Consciousness and the Brain:
-people with brain damage show that some mental processes can be lost form awareness
-people whose corpus callosum has been cut cannot talk about perceptions or other mental processes that occur
in right hemispheres
Hypnosis:
-include hallucinations & other changes in consciousness, posthypnotic suggestibility, & posthypnotic amnesia
-involve a special state in which awareness is dissociated from mechanisms that control behaviour
-used to relieve pain, help people break maladaptive habits, addition to psychotherapy
Sleep:
-consists of slow-wave sleep and REM sleep
-slow-wave: permit cerebral cortex to rest
-REM-involved somehow in learning, and may play a role in brain development; dreaming occurs
OPENING CASE STUDY:
-Robert Frisbee accused of murder
-he committed the murder while he was sleep walking
-non-insane automatism-concept that can clear a person who commits a crime while involuntarily unconscious
of action
-could be acquitted of deliberate murder
-however, was convicted of 1st degree murder
-he appealed the case and was reduced to 2nd degree murder
-nature of human consciousness: knowledge of own existence, behaviour, perceptions, and thoughts
CONSCIOUSNESS AS A SOCIAL PHENOMENON:
-recently investigators have begun to apply methods of inquiry developed by psychology and neuroscience
Can We Understand Consciousness?
3 philosophical positions about nature of consciousness:
1. Consciousness is not a natural phenomenon. Consciousness is something supernatural and
miraculous, not to be understood by human mind
2. Consciousness is a natural phenomenon but for various reasons, we cannot understand it. Exists because
of nature of human brain, but how it occurs is not known. Before we can hope to study it with any success,
we must define just what it is we want to study
3. People are indeed conscious, that it is produced by activity of human brain, and there is every reason for us to
be optimistic about our ability to understand this phenomena
-Donald Hebb stated: “consciousness, a variable state, is a present activity of thought processes in some form;
and thought itself is an activity of the brain
www.notesolution.com
Unlock document 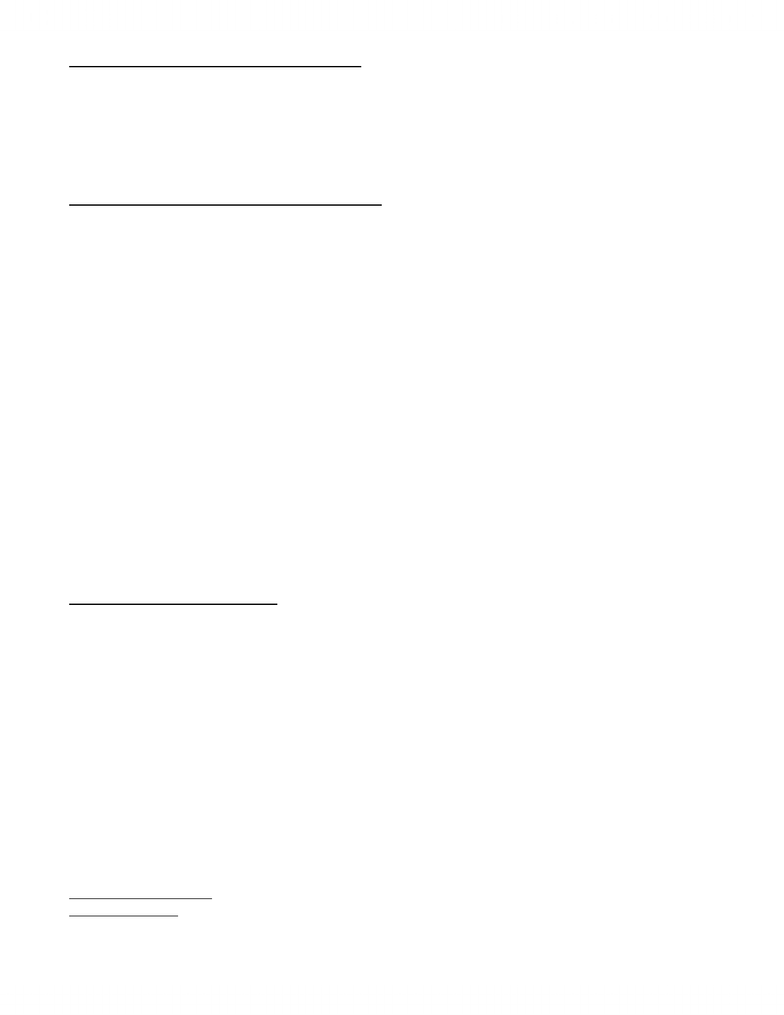 2
The Adaptive Significance of Consciousness:
-consciousness is the awareness of theses processes (perceiving, remembering, thinking), not processes
themselves; characteristic that exists in addition to these functions
-a private experience which cannot be shared directly; we conclude that others are conscious because they are
like us and because they can tell us that they are conscious too
-relation to deliberate, symbolic communication
-primarily a social phenomenon
Consciousness and the Ability to Communicate:
-we can express our needs, thoughts, perceptions, memories, intentions, and feelings to other people
-brain mechanisms we employ for communicating with others must receive input from systems of brain
involved in perceiving, thinking, remembering, and so on
-our words (or other symbols) must have an effect on person listening
-we are capable of expressing our thoughts symbolically and of decoding symbols other people express
-we exercise our expressive language mechanisms when we thinking (talking to ourselves under our breath)
-ability to communicate with ourselves symbolically gives rise to consciousness.
-Cheesman and Merikle experiment: found that incongruent primes (words) produced a Stroop-like interference
even when the masking had interfered with the ability to consciously identify the word
-we become able to describe, and thereby use, psychological events that are private to ourselves.
-our ability to communicate symbolically far surpasses that of any other species; thus, our consciousness is
much more highly developed
-some primates may have concept of self-awareness
-computer conscious? Possibly: would have to possess devices that enabled it to perceive events in its
environment, think about these events, remember them, and so on…
-individuals who suffered damage to prefrontal areas of brain before the age of 2
-when compared to normal individual at age 20, showed normal intellectual functioning
-when asked to solve social and moral dilemmas or to describe standard norms of moral
reasoning, showed poor factual recall of social and moral knowledge
-does damage to frontal lobes mean that symbolic info about right and wrong, and bout consequences of one’s
actions to others, is not available to parts of brain that control action? Perhaps, but don’t know for sure
SELECTIVE ATTENTION:
Process that controls our awareness of & readiness to respond to, particular categories of stimuli or stimuli in a
particular location
-we do not become conscious of all the stimuli detected by our sensory organs
-we will look at nature of the process of attention and fate of info. that does not enter short-term memory
-attention may be controlled automatically, as when an intense stimulus captures our attention
-may be controlled by instructions
-may be controlled by demands of particular task we are performing
-attention to visual events tends to act like a spotlight, that highlights events within some spatially contained
area
-attentional mechanisms serve to enhance or responsiveness to certain stimuli & to tune out irrelevant info
-exerting control over info that reaches short-term memory, determines what info ultimately becomes stored in
explicit long-term memory
-storage of implicit memory does not require conscious attention
-Broadbent states that brain mechanisms responsible for conscious processing of this info has limited capacity.
Thus gatekeeper that controls flow of info to this system in selective attention
Auditory Information:
Dichotic listening: task that requires a person to listen to one of 2 diff. messages being presented
simultaneously, one to each ear, through headphones
www.notesolution.com
Unlock document 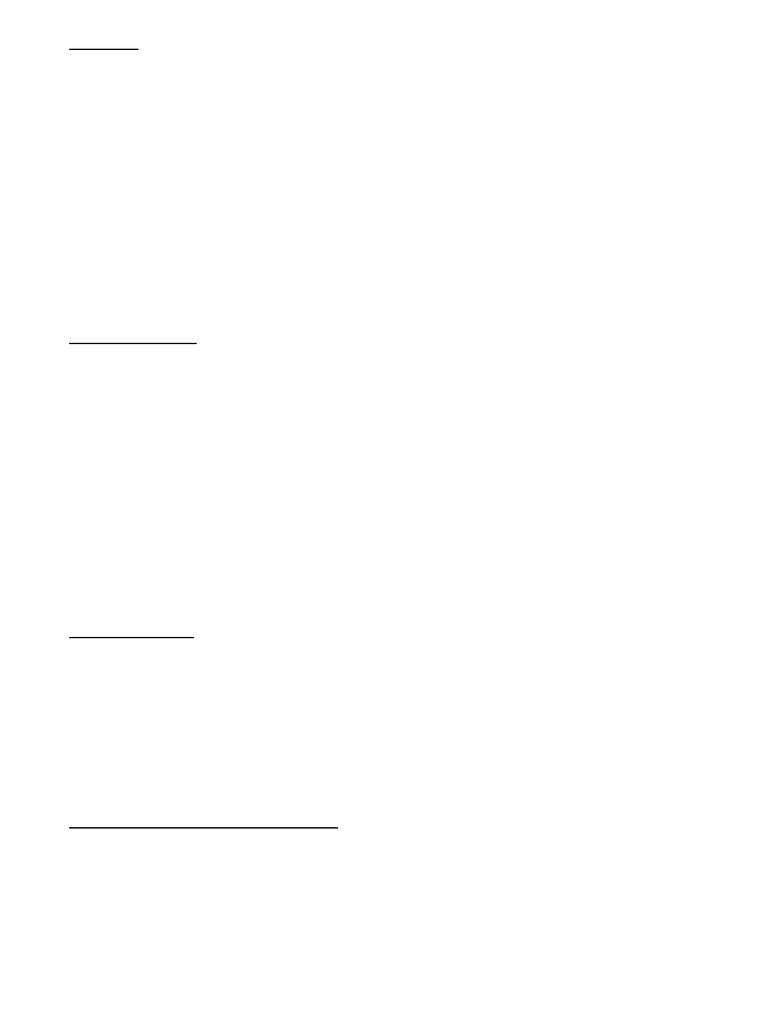 3
Shadowing: act of continuously repeating verbal material as soon as it is heard
-info that entered unattended ear, in general, appeared to be lost
-shows that channel of sensory input can be turned off; neurons in auditory system that detect sound from
unattended ear are inhibited so they cannot respond to sounds presented to that ear
-however, some kinds of info presented to unattended ear can grab our attention; indicates that even unattended
info undergoes some verbal analysis (ex. names, explicit words, etc.)
-people quickly forget particular words a sentence contains, although they do remember the sentence’s meaning
much longer
-able to store info temporarily as it comes in
-someone asks you a question, don’t hear them immediately, ask them again, but respond before they can re-ask
the question; info was held in temporary storage, was made accessible to your verbal system
-people can follow a message that is being shadowed even if it switches from one ear to the other
-even though an unshadowed message cannot be remembered later, it produces some trace that can be retrieved
if attention is directed to it soon after the words are presented
-cock-tail party phenomenon-we can follow a particular conversation even when other conversations are going on
around us
Visual Information:
-we can successfully attend to the location of the info or to the nature of info (revealed by its physical features,
such as form or colour)
-Sperling’s studies on sensory memory were probably first to demonstrate the role of attention in selectively
transferring visual info into verbal short-term memory
-selective attention can affect detection of visual stimuli: if stimulus occurs where we expect it, we perceive it
more quickly; if it occurs where we do not expect it, we perceive it more slowly
-thus, people can follow instructions to direct their attention to particular locations in visual field
-neural circuits that detect a particular kind of stimulus are somehow sensitized, so they can more easily detect
that stimulus
-Posner and his colleagues experiment:
-arrow on screen is non predictive
-when letter presented right after arrow, people are usually faster at identifying letter when it
appears where the arrow indicated
-even though arrow is sometimes correct and sometimes wrong, additional spotlight is directed
by the arrow
-however if interval is a little longer, recognition is slower when letter appears at location of cue
Inhibition of Return: a reduced tendency to perceive a target when the target’s presentation is consistent with a
noninformative cue. Usually, inhibition of return is tested with respect to spatial location and is present when
target is presented several hundred milliseconds after the cue
-O’Donnell and Pratt: found that uninformative cue nevertheless caused an attentional process to be
momentarily shifted to the side that cue was on; this shift biased people against seeing target on that side
-may be closely linked to motor circuits in visual system
-2 events may happen in close proximity, but we can watch one of them while ignoring the other
-people can pay attention to one of 2 shapes, even when shapes overlap.
-some processing of unattended visual info does occur, and implicit memories can be established of visual
things we do not consciously notice
Brain Mechanisms of Selective Attention:
-some components of brain’s sensory system are temporarily sensitized, which enhances their ability to detect
particular categories of stimuli
-Corbetta, Miezen, Doobmeyer, Schulman, and Petersen Experiment: found that paying attention to shape,
colour, or speed of movement caused activation of diff. regions of visual association cortex
-thus, selective attention toward diff attributes of visual stimuli is accompanied by activation of appropriate
regions of visual association cortex
www.notesolution.com
Unlock document

Consciousness is subjective phenomenon, it"s a natural phenomenon that can be studied scientifically. Product of our ability to communicate symbolically with other people. Our ability to focus on particular categories of stimuli in particular locations. Attention to particular characteristic of visual stimulus increases activity of particular regions of visual association cortex involved in analysis of that characteristic. People with brain damage show that some mental processes can be lost form awareness. People whose corpus callosum has been cut cannot talk about perceptions or other mental processes that occur in right hemispheres. Include hallucinations & other changes in consciousness, posthypnotic suggestibility, & posthypnotic amnesia. Involve a special state in which awareness is dissociated from mechanisms that control behaviour. Used to relieve pain, help people break maladaptive habits, addition to psychotherapy. Rem-involved somehow in learning, and may play a role in brain development; dreaming occurs. He committed the murder while he was sleep walking.