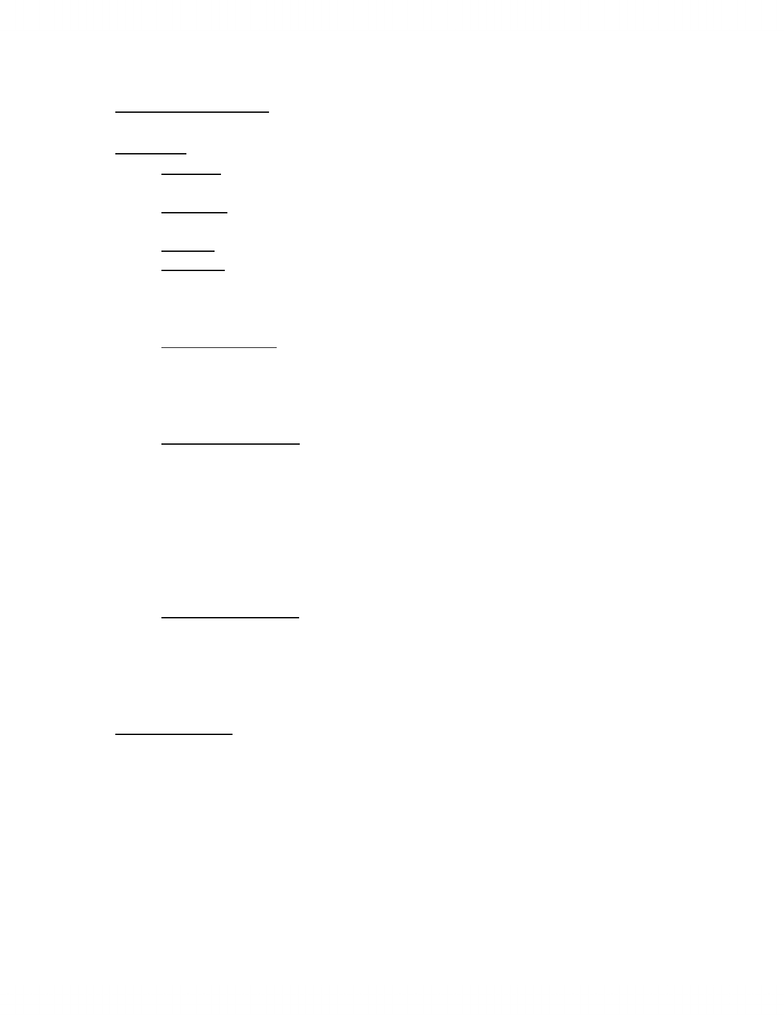 Chapter 8: Memory
Overview:
oMemory: the cognitive process of encoding, storing, and retrieving
information
oEncoding: the process by which sensory information is converted into a form
that can be used by the brain’s memory system
oStorage: process of maintaining information in memory
oRetrieval: the active processes of locating and using stored information
orecall from Chapter 5: learning is the tendency for behaviour to change as a
result of experience; what you learn gets stored, and you can use what you
learn in the future (an example of memory)
oSensory Memory: memory in which representations of the physical features of
a stimulus are stored for very brief durations
represents the original stimulus accurately and contains most of the
information that has been perceived
normally we are unaware of sensory memory
oShort-Term Memory: an immediate memory for stimuli that have just been
perceived. It is limited in terms of both capacity (7± 2 chunks of information)
and duration (less than 20 seconds)
owe can remember things or chunks of information if we keep on repeating it in
our minds (called rehearsal)
oif we stop rehearsal, that information can leave short-term memory very
quickly (unless stored in long-term memory)
oif we rehearse it many many times, it may become part of your long-term
memory
oLong-Term Memory: memory in which information is represented on a
permanent or near-permanent basis
occurs due to changes taking place in the brain
does not need to be rehearsed, we can stop thinking about it and then
in the future still remember it when we need to
Sensory Memory
oinformation remains in our sensory memory just long enough to be transferred
to short-term memory
owe are mostly unaware of sensory memory; we only become aware of it when
information is presented very briefly, so that we can perceive its after-effects
ex. lightning and thunderstorm: first we see the lightning, then study
the image it leaves behind
Iconic Memory
www.notesolution.com
Unlock document 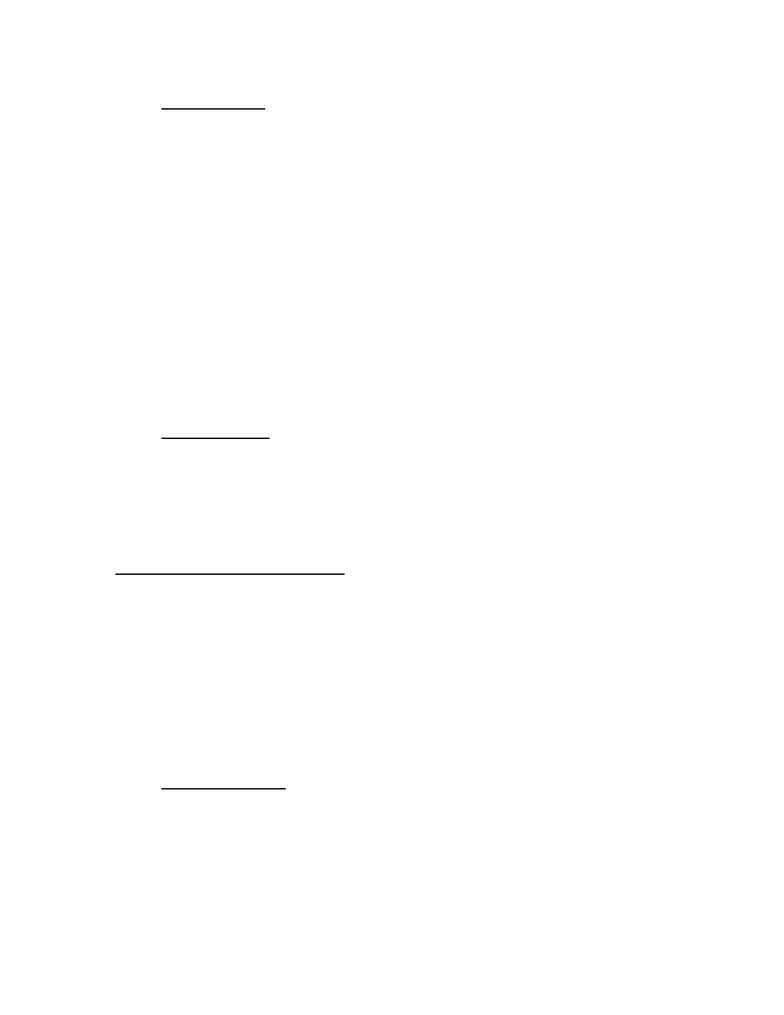 oIconic Memory: a form of sensory memory that holds a brief visual image of a
scene that has just been perceived; also known as visible persistence 
“iconic” = visual
ousing a tachistoscope (a device that presents visual stimuli for extremely brief
durations), Sperling flashed 9 letters on the screen for 50 milliseconds. The
participants said that they could remember only 4 or 5 letters, but they insisted
that for a brief time, they could see more (called whole-report procedure)
othe image of the letters faded too fast for participants to identify all of them
oto find out the capacity of iconic memory, Sperling did the same thing but this
time he asked participants to name the letters in only one row. This time they
got the letters in the row right (called partial-report procedure)
othe image of visual stimulus fades quickly from iconic memory
oalthough their iconic memory originally contained all 9 letters, there was time
to recognize and report only 4 or 5 of them before the mental image
disappeared
Echoic Memory
oEchoic Memory: a form of sensory memory for sounds that have just been
perceived
when we hear a word, we hear individual sounds, one at a time, and
we must combine these sounds to identify the word. Therefore,
acoustical info. must be stored temporarily until all the sounds have
been received.
Short-Term or Working Memory
Encoding of Information: Interaction with Long-Term Memory
oto rehearse and keep information in short-term memory, you need to say the
names of these objects/chunks from our long-term memory
othis means that information put into your short-term memory actually came
from long-term memory
oinformation can enter short-term memory from two directions: sensory
memory or from long-term memory
ex. You read 7 x 19. First, the request enters our short-term memory
from sensory memory. Actually doing the calculation requires
information from our long-term memory.
oWorking Memory: memory for new information and information retrieved
from long-term memory; used in this text as another name for short-term
memory
allows us to remember what we have just perceived and to think
about it in terms of what we already know
Primacy and Recency Effects
www.notesolution.com
Unlock document 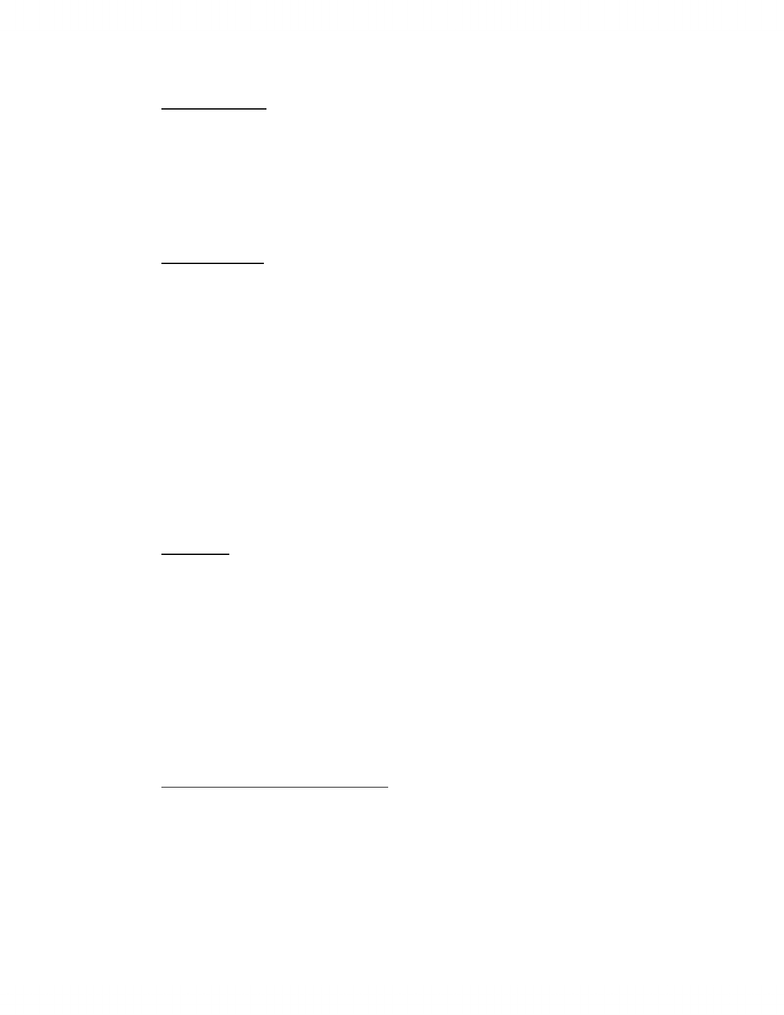 oPrimacy Effect: tendency to remember initial information. When memorizing
a list of words, the primacy effect is evidenced by better recall of the words
early in the list
due to the fact that words earlier in a list have the opportunity to be
rehearsed than other words
(like a conveyor belt) the more words that are added to short-term
memory, it becomes full so that words coming later have more
competition for rehearsal time
oRecency Effect: tendency to recall later information; in the memorization of a
list of words, the recency effect is evidenced by a better recall of the last
words in the list.
last to be heard, and still remain in short-term memory
The Limits of Working Memory
ohow long does information remain in working memory?
the Petersons presented people with a stimulus, 3 random letters, and
asked them to recall it 30 seconds later. That was done easily. Next,
they did the same thing but they prevented people from rehearsing by
asking them to count backwards by 3 from a number. This time, the
consonants remained in short-term memory for only a few seconds.
oconclusion: stimuli remain in working memory for less than20 seconds unless
they are rehearsed
othe capacity of working memory: 7± 2 chunks of information, not necessarily
7 individual items (“the Magical Number Seven, Plus or Minus Two”)
oChunking: a process by which information is simplified by rules, which make
it easily remembered once the rules are learned. For example, the string of
letters GSTCBCRCMP are easier to remember If a person learns the rule that
organizes them into smaller “chunks”: GST, CBC, and RCMP
ocapacity of short-term memory for verbal material depends on the meaning the
information has
owe cannot string together a list of 15 random words, for example, but if we
organize those words into a sentence that we understand, we can remember it
Varieties of Working Memory
othere is evidence for only 2 types of info in working memory: verbal and
visual
oPhonological Short-Term Memory: short-term memory for verbal information,
whether originally presented visually or acoustically
ex. when we see or smell a rose, the word “rose” comes to mind.
When we feel the prick of a thorn, the word “sharp” comes to mind
Conrad briefly showed people lists of 6 random letters and told them
to write it down. The errors made were almost always acoustical
rather than visual. For example they sometimes wrote B when they
www.notesolution.com
Unlock document

Iconic memory www. notesolution. com: iconic memory: a form of sensory memory that holds a brief visual image of a scene that has just been perceived; also known as visible persistence . Iconic = visual: using a tachistoscope (a device that presents visual stimuli for extremely brief durations), sperling flashed 9 letters on the screen for 50 milliseconds. Therefore, acoustical info. must be stored temporarily until all the sounds have been received. First, the request enters our short-term memory from sensory memory. Primacy and recency effects www. notesolution. com: primacy effect: tendency to remember initial information. The limits of working memory: how long does information remain in working memory? the petersons presented people with a stimulus, 3 random letters, and asked them to recall it 30 seconds later. Next, they did the same thing but they prevented people from rehearsing by asking them to count backwards by 3 from a number.