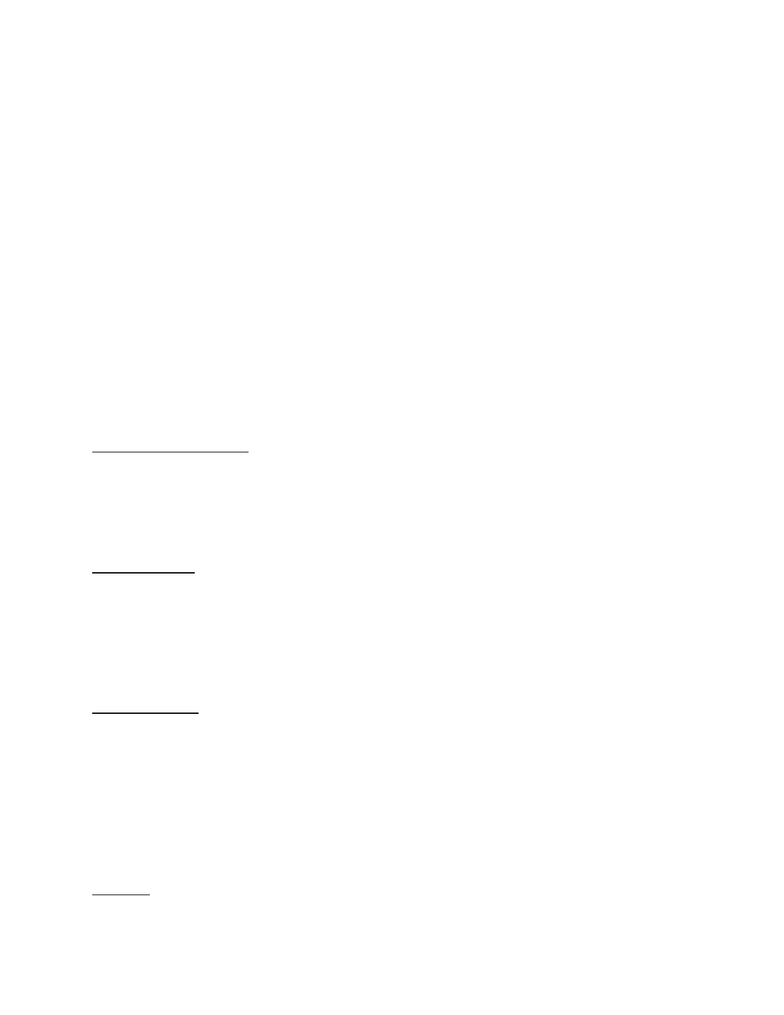 Chapter 3- evolution, heredity, and behaviour
Development of evolutionary theory
- Survival belongs to the fittest
- Biological evolution: changes that take place in the genetic and physical characteristics of a population or group
of organisms over time
- Many behavioural differences among organisms correspond to genetic and biological differences
- Adaptive significance: its effectiveness in aiding the organism to adapt to changing environmental conditions
- Novelty seeking: tendency to engage in behaviours that lead to new experiences. To understand it we must
understand both past and present conditions that influence it.
- Ultimate causes: events and conditions that over generations have shaped behaviour (women like strong men)
- Proximate causes: namely immediate environmental variables that affect behaviour (bill gates proposing)
- Sexual behaviours of gerbils are different when testosterone is secreted by the gerbils brothers as opposed to
when the gerbil is next to sisters. (uninterested in females)
- Caused by two breeding strategies: one is a good sexual performer, one is a good father
- Both biology and environment contribute to our personal development
- Culture: the sum of socially transmitted knowledge, customs, and behaviour patterns common to a particular
group of people
The voyage of the beagle
- 1831-1836 captain Fitz Roy told Darwin to accompany him in the HMS beagle.
- The mission was to explore the coast of south america and make hydrographic measurements
- He observed flora and fauna of south america, australia, south africa, islands of the pacific, Galapagos islands
- He mainly collected species and came up with theory later on
Origin of species
- Artificial selection: a procedure in which animals are bred to produce desirable characteristics
- And he thought that nature must have a way to select the best as well.
- Natural selection: some animals produce more offspring than will others. Any animal that possesses a
characteristic that helps it to survive and adapt quickly will likely live longer and produce more offspring
- Wallace also came up with the same ideas
Natural selection
1) Species are not fixed, change over time with environment
2) evolution branching process; all came from one ancestor
3) evolution is continuous with gradual changes (over generations)
4) evolution based on natural selection
- Variation and competition are two huge factors
- Reproductive success: number of viable offspring it produces compared to offsprings produced by members of
the same species
Variation
- Differences among members of a species (size, strength, physiology, behaviour – intelligence, sociability)
- Genotype: genetic makeup
- Phenotype: outward expression of an organism’s genotype, physical characteristics and behaviour
Unlock document 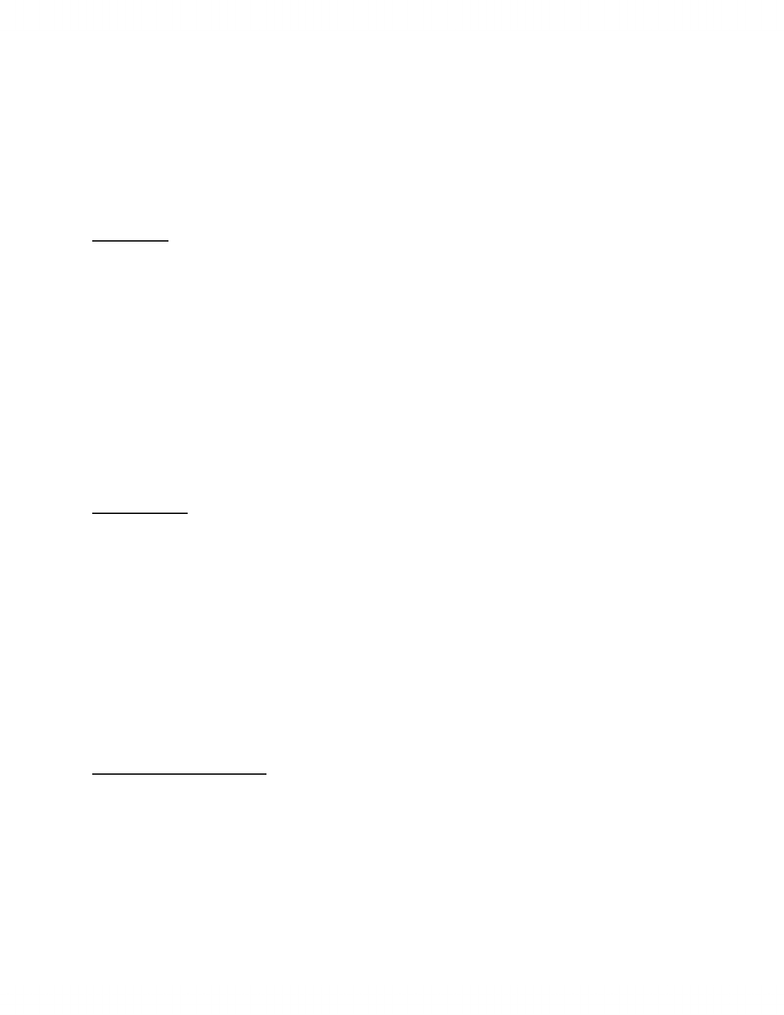 - Phenotype is produced by interaction of genotype with the environment (determines how much the
environment can influence an organism’s development and behaviour)
- Identical twins have same genotype
- Finches with smaller beaks for small seeds, and larger for big nuts. When rainfall occured small seeds were
abundants so these finches had a n advantage and so
Grant discovered that 1) evolutiion occures over long run, natural selection over short run
2) variation in phenotypes can produce important selective advantages that affect survival
- Variation is important, if small beak finches took over and a drought came upon them then the whole species
would be extinct.
Competition
- Competition for food, mates and territory is inevitable
- When members vie for similar ecological resources like food and territory
- Changes can be measured based on correlational methods
Heredity and genetics
- Genetics: study of structure and functions of genes, how they are transmitted from one generation to another
and how they operate in populations. And how the genetic makeup influences behaviour and appearance
- Heredity: sum of the traits and tendencies inherited from a person’s parents and ancestors
- Six years after origin of species... Gregor Mendel crossbread pea plants
- Study of genetics tells us about our society, ant the extent to which differences among us are due either to the
culture we grew up in or to the ancestors we have
Basic principles
- DNA- was discovered by Watson and Crick in 1953
- Gene: small units of dna that direct the synthesis of proteins and enzymes. location of a particular sequence of
nucleotieds along the DNA. Some genes contain a short sequence of nucleotides or millions.
- Genome: total set of genetic material
- Human genome has 24 different dna molecules in women and 25 in men and 30 000 genes
- Genes influence behaviour and physical characteristics through protein synthesis
- Sequence of three nucleotides correspond to a particular amino acid
- there are no genes for behaviour but physiological processes related to behaviour
- they also direct the synthesis of enzymes which govern the processes that occur within every cell in the body
- noncoding genes do not effect protein synthesis by regulate processes of other genes that synthesize proteins
and so it can effect evolution
Chromosomes and mesiosis
- chromosomes: threadlike structures in the nuclei of living cells containing genes.
- We inherit 23 genes from each parents
- Sex chromosomes: chromosomes that contain the code for the development of sexual characteristics
- Females: XX, Males: XY
- Autosomes: are chromosomes that are not the sex chromosomes
- Meiosos: cell division by which sperm and ova are formed. Chromosomes within the cell are randomly
rearranged so each contain 23 indv chromosomes.
Unlock document 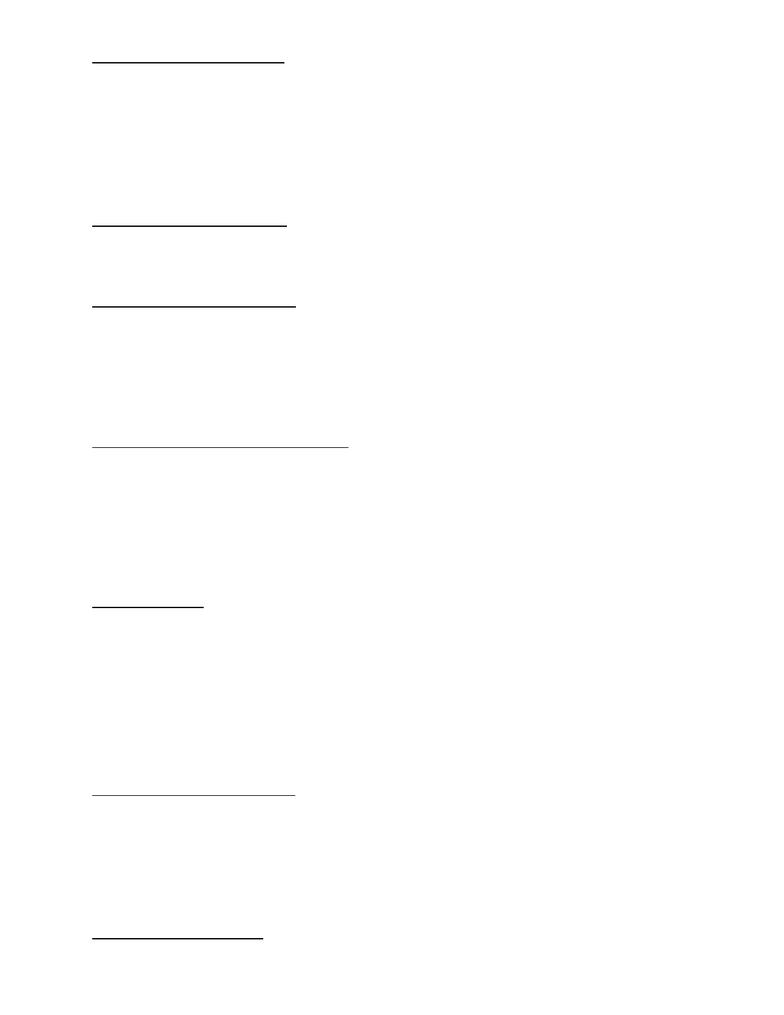 Dominants and recessive traits
- Each pair off chromosomes contain pairs of genes: one gene in each pair is contributed to each parent
- Alleles: alternative forms of the same gene
- Homozygous when same alleles combine and heterozygous for different alleles
- Dominant trait: the character or trait produced by heterozygous gene combinations
- Recessive trait: a trait that occurs only when it is expressed by homozygous alleles.
- Polygenic control: proteins synthesis is influenced by many genes not just a single pair
Importance of genetic diversity
- Ability to adapt to environmental changes increases with sexual reproduction since there are 2 different copies
of the DNA in the genome. Diverse species has a better chance of adapting to environments
- Natural selection can favour species that reproduce sexually because of the adaptive value of genetic diversit
Influences of gender on heredity
- When genes are located on sex chromosomes situation can be complicated
- Hemophilia is a recessive trait on the X chromosome. If females have one fault chromosome, the other one can
make up for it but for men the chances are low because it doesn’t appear on Y chromosomes
- They are called sexlinked gene
- Sex-influenced genes (thin hair) which occurs more in men since they don’t have the right hormones
Mutations and chromosomal aberrations
- Accidental alterations in DNA code within a single gene
- They are the original source of genetic diversity. Some are harmful but some could be beneficial.
- Spontaneous mutation among royal families of hemophilia
- Chromosomal aberration: involves changes in parts of chromosomes or a change in the total number of
chromosomes. Example: cri-du-chat syndrome where they cry like cats
- However it can be modified through training
Genetic Disorders
- We all have some lethal genes that are recessive so they are very unlikely to occur
- Down syndrome: named after john langdon down who provided the first medical description of this condition.
Caused by chromosomal aberration. Extra 21 chromosome causes impaired physical, cognitive development
- Chances increases when women over 40 give birth,
- Huntington’s disease: emerge when afflicted person is 30-40 years old. Lethal gene that results in degeneration
of the brain. This can be passed to child before they even know it exists
- Phenylketonuria: homozygous for a gene responsible for synthesis of faulty enzyme
Heredity and Behaviour genetics
- Humans are genetically less diverse than other primates (chimps)
- Heritability: amount of variability in a given trait in a given population at a given time due to genetic factors.
(the more the trait is in a pop the greater the heritability) – chance of it staying in a population
- Inheritance: chance of trait getting passed on
- Behaviour genetics: study of genetic influences on behaviour
Studying genetic influences
- Only in the last 150 years have we understood the relationship of heridity
Unlock document