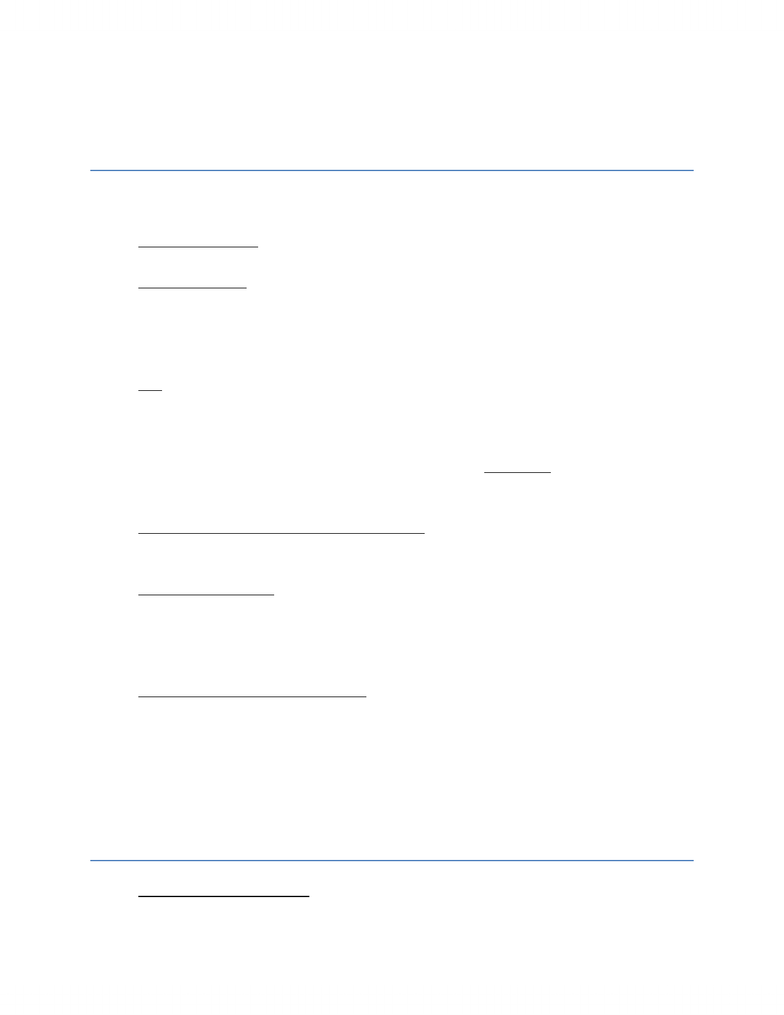 Chapter 7:
Introduction
- In chapter 4 there may have been an impression that behaviour is controlled by neural
circuits that are fixed and unchanging
What is behaviour?
- Our behaviour is changeable in response to certain experiences.
What is learning?
- Learning: is an adaptive process in which the tendency to perform a particular behaviour
is changed by experience
- As conditions change, we learn new behaviours and eliminate old ones
- Learning cannot be observed directly, it can only be inferred from changes in behaviour
but:
o Not all changes in behaviour are caused by learning. i.e. performance on an
examination can be affected by mental conditions such as fatigue, fearfulness, or
preoccupation
- Also, learning may occur without noticeable changes in observable taking place. i.e. you
may have received training in how to change a flat tire in a driver’s ed class but your
behaviour will not change unless you have to change a car tire.
What is the effect of experiences on the brain?
- Experience alters the structure and chemistry of the brain. These alterations affect how
the nervous system responds to subsequent events.
What is performance?
- Performance: is the behavioural change produced by the internal changes brought about
by learning. In other words, it is the evidence that learning has occurred.
o This is imperfect evidence because there are other factors such as fatigue and
motivation.
What are the three kinds of learning?
1. Habituation
2. Classical conditioning
3. Operant conditioning
- All three kinds involve cause and effect relations between the environment and
behaviour.
Habituation
What is orienting response?
Unlock document 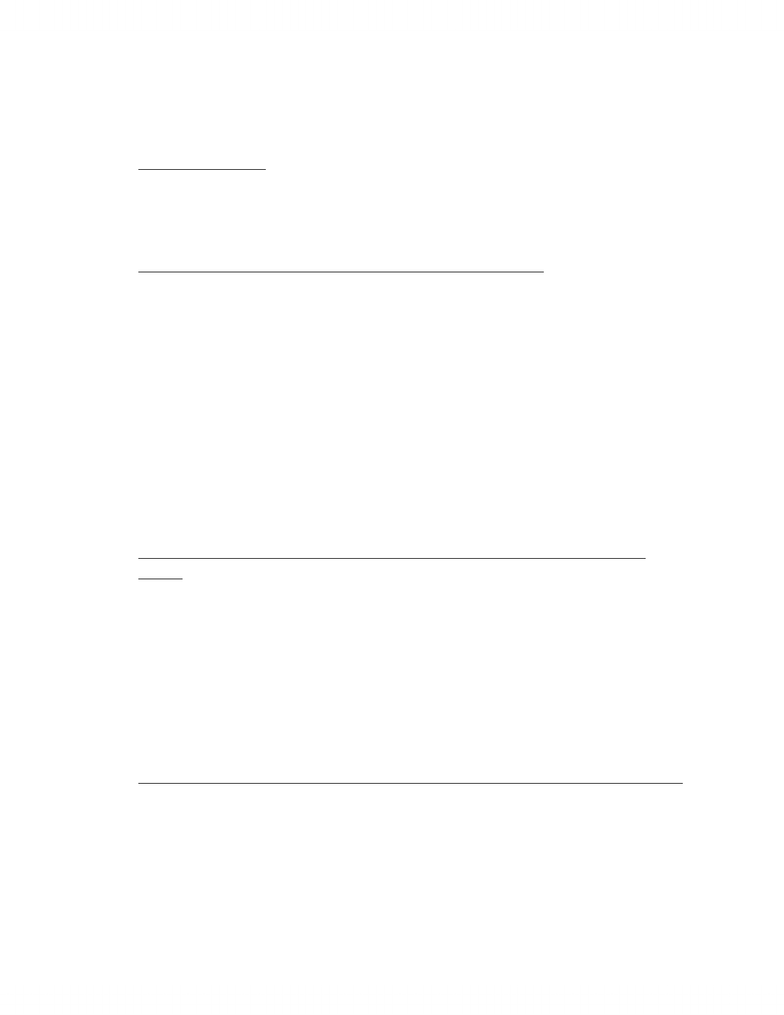 - Orienting response: any response by which an organism directs appropriate sensory
organs (eyes, ears, nose) toward the source of a novel stimulus. i.e. to turn your head to
respond to sound
What is habituation?
- Habituation: the simplest form of learning; learning not to respond to an unimportant
event that occurs repeatedly. i.e. if the noise occurs repeatedly, we will eventually ignore
it
- Even very primitive animals have learned to habituate
Who is George Humphrey? And what did his experiment outline?
- George Humphrey (1933) described a simple experiment he had conducted using land
snails.
- Humphrey was one of the scholars that studied with Wundt before coming to Canada to
teach the new science of psychology; his interest in snails was certainly a change in pace
from what he learned in Germany)
- Humphrey placed several snails on a glass plate, and tapped sharply on the plate.
- All of the snails immediately and reflexively withdrew into their shells-- showing a
snail’s version of how we might react to a sudden and scary scene in a movie.
- Humphrey waited until all of the snails re-emerged and then gave the plate another tap.
This time not all of the snails with drew.
- With each further tap, fewer snails withdrew into their shells, until, after many taps none
would —for each snail the probability of reacting to the tap decreased with each exposure
to it.
How does habituation occur? Like its relation to stimulus? And why is habituation
useful?
- Habituation makes sense from an evolutionary perspective.
- If a once-novel stimulus occurs again and again without any important results, the
stimulus has no significance to the organism
- Obviously, responding to a stimulus of no importance wastes time and energy. Consider
what would happen to a snail in a rainstorm if the withdrawal response never habituated:
The snail would remain in its shell until the rain stopped falling. (which I think is really
funny for some reason)
- And consider how distracting it would be to have your attention diverted every time a
common house hold noise occurred
Rankin and colleagues showing that habituation is not due to other factors than learning:
- They used a tiny worm from the class Nematoda (e.g. Giles, Rose, and Rankin, 2005
- Like the snails these worms respond to a tap on the substrate in which they move by
withdrawing or retreating.
- It is known that this response occurs through neurons that respond to the mechanical
stimulus of the tap
Unlock document 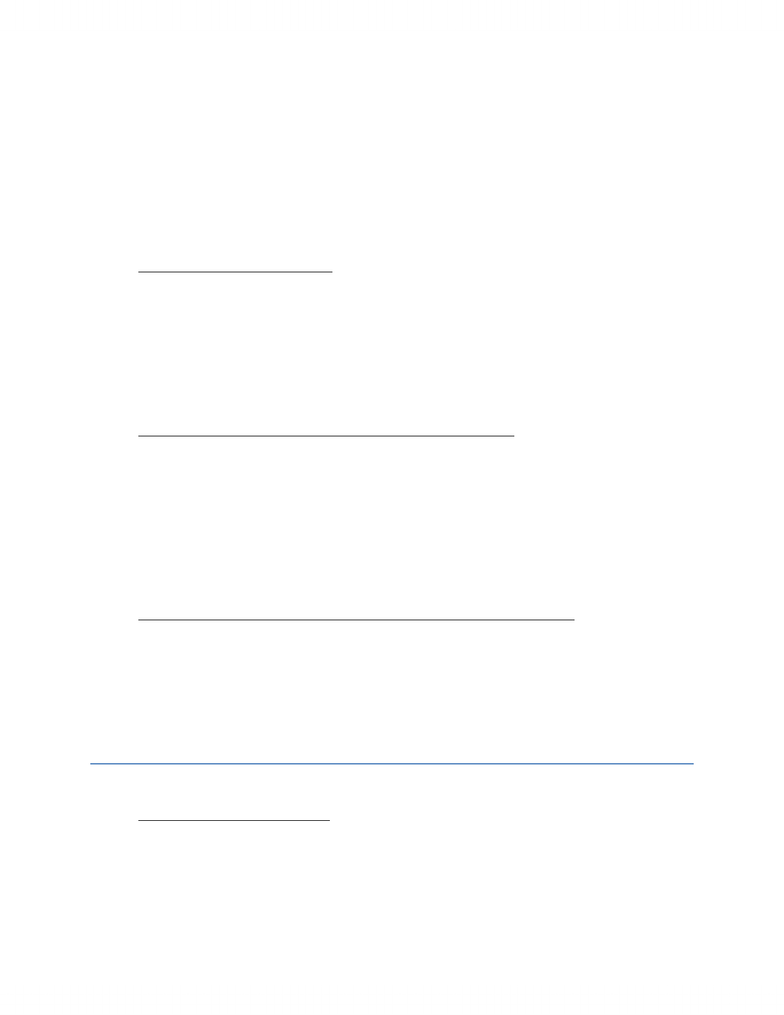 - However, these worms also withdraw from sources of heat, using much the same neural
pathway
- In 1997, Wicks and Rankin used showed that they could produce habituation to tap-
elicited withdrawal without affecting withdrawal to a heat stimulus.
- You could say that these worms learned something about the tap, and that they
distinguished this learning something about the tap, and that they distinguished this
learning from their reaction to a source of heat.
- These worms could do this with only 302 neurons in their entire nervous system.
What is short term habituation?
- Short term habituation: the simplest form of habituation which is temporary.
- For example, if we tap a snail’s shell over and over until a withdrawal response ceases,
when we tap it again after a few days we will find that the withdrawal response reoccurs
and continues for several more taps.
- It takes just as long for habituation to occur as it did before.
- If we repeat the experiment every few days the same thing will happen; the snail does not
remember what happened previously
What is long term habituation and where is it most common?
- Animals, particularly those who have complex nervous systems are capable of long-term
habituation. i.e. a hunting dog may be frightened the first few times it hears a sound of a
shotgun, but it soon learns not to respond to the blast.
- This habituation carries across from day to day and even from one hunting season to the
next
- Likewise, your behaviour has habituated to stimuli that you have probably not thought
about for a long time. i.e. when people move to new houses they often complain about
being kept awake by unfamiliar noises. But after a while, they no longer notice them
What distinguishes short-term habituation from long-term habituation?
- The pattern of experience plays an important role.
- When stimuli are massed into quick repetitions, habituation is rapid but short term, when
these stimuli are presented in small groups that are spaced in time habituation is slower
but long term
Classical Conditioning
- Habituation involves learning about single events
What is classical conditioning?
- Unlike habituation, classical conditioning involves learning about the conditions that
predict that a significant event will occur.
- we acquire much of our behaviour through classical conditioning. For example, if you’re
hungry and smell a favourite food cooking your mouth is likely to water
Unlock document