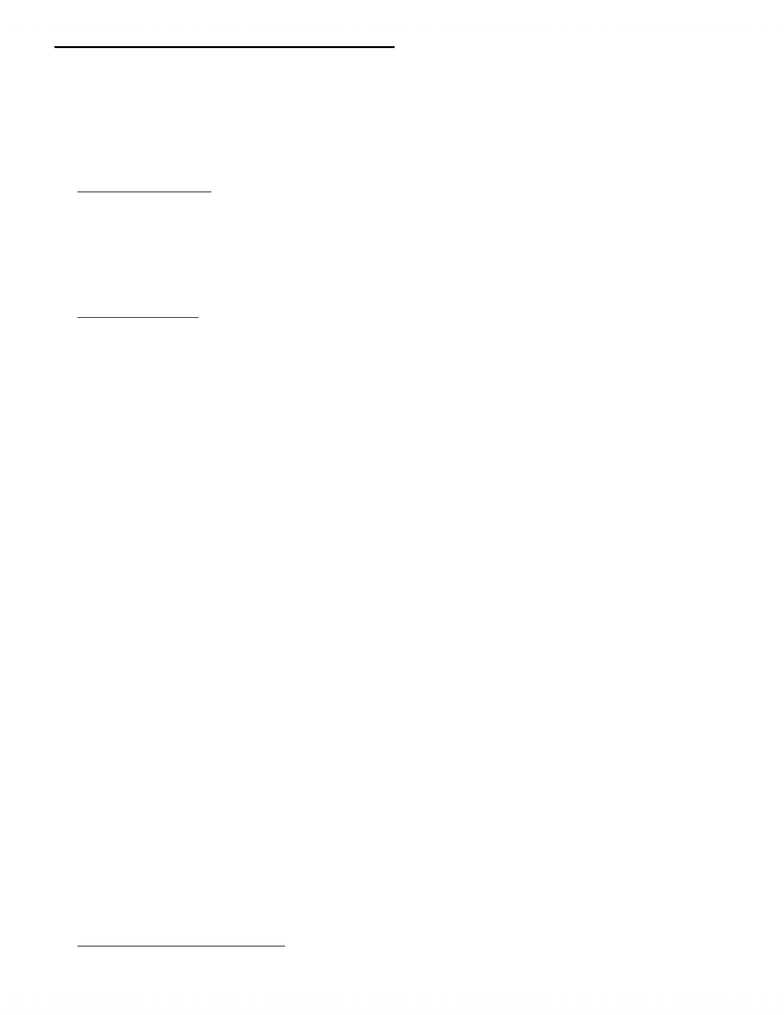 CHAPTER 13: Motivation and Emotion
- Human behav is inconsistent; aspects of motivation
→ motivation is a driving force that moves us to a partic action
→ motivation: a general term for a group of phenomena that affect the nature, strength, and
persistence of an individual’s behav
→ related to reinforcement
→ behav is motivated by situations; also provoke emotions
1. What is Motivation?
- Usually spoken in terms of goals
→ we behave in a partic way to get something or to avoid something
- Motivation is proactive or forward-looking
→ also reactive; responds to conditions present at the time
- Motivated to perform a behav to gan (or avoid losing) a reinforcer or to avoid (or escape from) an
aversive event
BIOLOGICAL NEEDS
- Biological needs can be very potent motivators
→ need food, air, water, shelter and various vitamins/minerals in order to survive
→ complex organisms have physio mechanisms that detect deficits or imbalances w/ these needs
→ try to regulate them to bring it back to normal
→ regulatory behaviour: a behav that tends to bring physio conditions back to normal, thus restoring
the condition of homeostasis
- Homeostasis: the process by which important physiological characteristics (such as body
temperature and blood pressure) are regulated so that they remain at their optimum level
- Regulatory system has 4 essential features:
1) system variable: (characteristic to be regulated) the variable controlled by a regulatory
mechanism; e.g. temp in a heating system
2) set point: (optimum value of the system variable) the optimum value of the system variable in a
regulatory mechanism; set point for human body temp, recorded orally, is approx 37˚C
3) detector: (monitors the value of the system variable) a mechanism that signals when the system
variable deviates from its set point
4) correctional mechanism: the mechanism that is capable of restoring the system variable to the set
point
→ e.g. thermostat heater ctrlling room temp
→ system variable = air in room
→ detector = thermostat
- Negative feedback: a process whereby the effect produced by an action serves to diminish or
terminate that action
→ regulatory systems characterized by negative feedback loops
- Drive reduction hypothesis: the hypothesis that drive (resulting from physio need or depriv) produces
an unpleasant state that causes an organism to engage in motivated behav; reduction of drive is
assumed to be reinforcing
→ e.g. being deprived of necessities in life, such as food, will produce an unpleasant state, such as
hunger
→ hunger serves as a drive: a condition, often caused by physiological changes or homeostatic
disequilibrium, that energizes an organism’s behav
- Drive associated w/ sexual behav
→ person can survive w/o sexual behav, but sex drive is motivating and sexual contact is reinforcing
- Drive reduction hypothesis is in disfavour
1) drive is almost always impossible to measure; cannot be experimentally tested
2) if we examine our own behav, we find many events we exp as reinforcing as also exciting, or drive
increasing
→ the exp we want to repeat (ones we find reinforcing) are those that increase, rather than
decrease, our level of arousal
PHYSIOLOGY OF REINFORCEMENT
- Almost all investigators believe that electrical stim of the brain is reinforcing because it activates the
same system that is activated by natural reinforcers and by drugs ppl commonly abuse
Unlock document 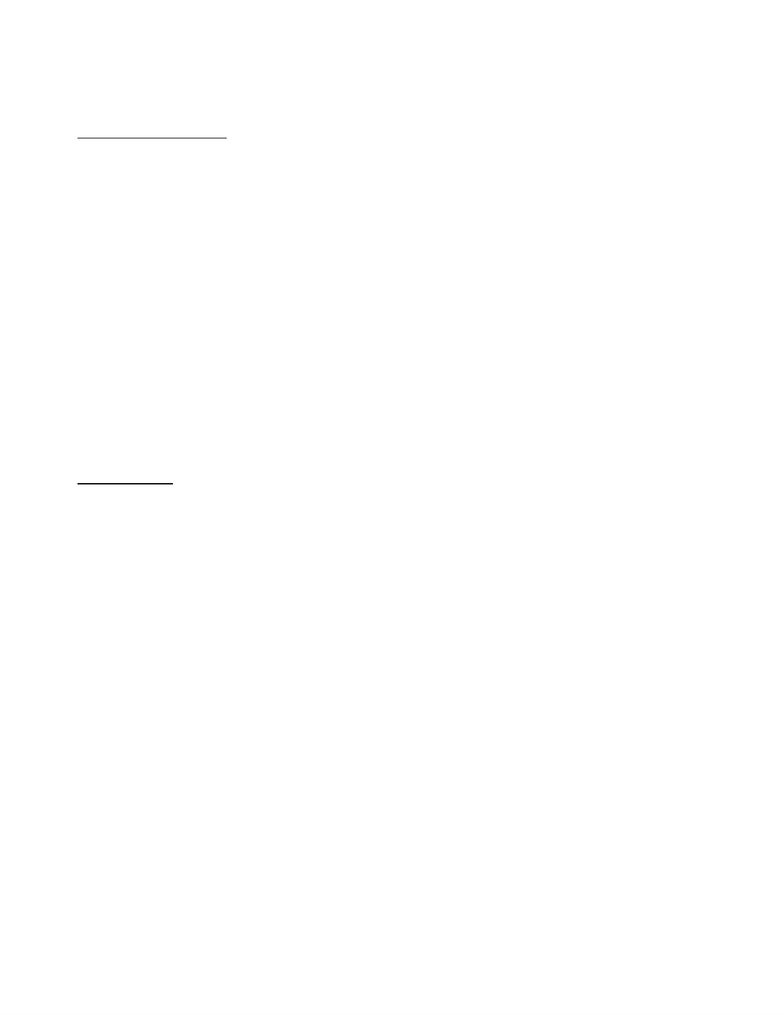 → normal funct of system is to strengthen the connections b/w neurons that detect the discriminative
stim and the neurons that prod the operant response
- An essential component of the reinforcement system are neurons that release dopamine as
transmitter substance
→ all reinforcing stim seem to trigger the release of dopamine
OPTIMUM-LEVEL THEORY
- When a person wants peace and quiet, avoidance of exciting stim motivates us
→ produces negative reinforcement
- Optimum-level hypothesis: the hypothesis that organisms will perform behav that restores the level of
arousal to an optimum level
→ common explanation for positive and negative reinforment
→ when an individ’s arousal level is too high, less stim is reinforcing
→ when it is too low, more stim is desired
- Berlyne hypothesized 2 forms of exploration related to arousal
1) diversive exploration is a response to understimulation (boredom) that incr the diversity of the stim
the organism tries to come in contact w/
2) specific exploration is a response to overstimulation (usually cuz of a specific need) that leads to
the needed item, thereby decr the organism’s drive level
- Hebb focused on house arousal affects the effectiveness of behav
→ at optimum level, mid-range behav is organized and effective
→ w/i optimum level, incr arousal will produce increasingly effective behav
→ too little arousal, suboptimum range,, leads to disorganized and ineffective behav
- Any kind of activity eventually produces satiety, where something that was once reinforcing
becomes bothersome
→ participating in an exciting behav gradually raises an organism’s arousal above its optimum level
- We cannot measure arousal, thus we cant say what its optimum level is
PERSEVERANCE
- The tendency to continue to perform a behav even when it is not being reinforced
→ highly motivated
- Effects of Intermittent Reinforcement
→ studies have shown that if intermittent training ensures that a reinforced response occurs only after
a series of unreinforced responses, resistance to extinction is greatly enhanced
→ training w/ same # of unreinforced responses in which the reinforcers do not occur even after a
long series of unreinforced responses, does not prod behav that is nearly as resistant to extinction
→ succeeding after several failures causes the learner to resist the effects of subsequent failure
→ exp failure in the past facilitates our persistence or later performance only if its followed by success
→ extinction studies show another motivational effect: enviro stim that are present during extinction
become aversive
→ e.g. lab animals acquire responses if they allow them to escape enviro in which extinction is
scheduled; FRUSTRATION
→ if another animal is present when the learner’s responses undergo extinction, the other animal may
be attacked; EXTINCTION-INDUCED AGRESSION; scapegoating
- Overjustification Hypothesis
→ providing extrinsic rewards for behav that is already maintained by intrinsic rewards may actually
weak the target behav
→ overjustification hypothesis: superfluous application of extrinsic reqards to intrinsically motivated
behav will undermine intrinsic motivation; loss of intrinsic motivation
→ after a shift occurs from intrinsic to extrinsic motivation and extrinsic rewards disappear, the person
will lose interest in the activity; behav will weaken when extrinsic rewards are no longer available
→ when rewards are used to challenge and to benefit the learner, they are effective motivators
- Learned Helplessness
→ organisms w/ a history where their behav has been ineffective in determining its conseq become
less sensitive to the conseq of their behav
→ they lose motivation cuz they learned that they were powerless to affect their own destinies
→ learned helplessness: a response to exposure to an inescapable aversive stim, characterized by
reduced ability to learn a solvable avoidance task; thought to play a role in the development of
some psychological disturbances
→ Overmier and Seligman placed dogs in an apparatus in which unavoidable shocks were given;
Unlock document 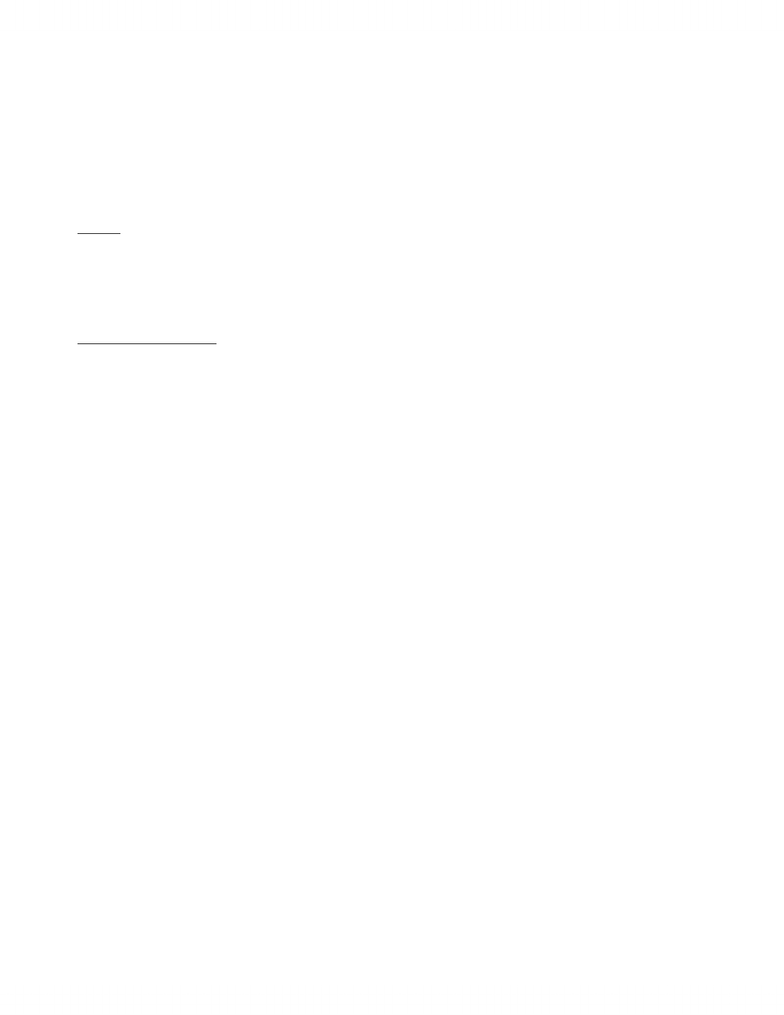 then placed dogs in other apparatuses where they were warned before an electrical shock
→ in second situation, animals could avoid the shock by stepping over a small barrier on other side of
apparatus; dogs who were put in the unavoidable shock didn’t learn to escape the shocks
→ they sat in the corner and just took the shocks like it made no difference what they did; learned to
be helpless
→ related affect w/ appetitive stim: acquisition of a learned response is impaired if animals receive
food regardless of their behav before experimenters make food contingent on the response
→ when ppl have exp where they are powerless to ctrl the events that happen to them, they may
become depress and their motivational level may decrease
→ change in motivation occurs cuz the helplessness training reduces their expectation that
performing a task will bring success
2. Eating
- Regulation and expression of eating is one of the most complex motivated behav; all other
motivations depend on it
→ eating aroused when there is a deficit in the body’s supply of stored nutrients and is satisfied by a
meal that replenishes it
→ regulated by physio need
WHAT STARTS A MEAL?
- Eating deals w/ physio factors
→ begins when we have an empty stomach
→ walls of an empty stomach rubs against each other to produce ‘hunger pangs’
→ ‘the rumble theory’
→ removal of the stomach still prod hunger pangs and feelings of hunger and satiety
- Depletion of body’s store of nutrients is a more likely cause of hunger
- Primary fuels for cells in body are glucose and fatty acids
→ sometimes digest tract is empty
→ there must be a reservoir that stores nutrients to keep the cells of the body nourished while the gut
is empty
1)short-term reservoir: stores carbs; located in cells of muscles and the liver
→ full of animal starch; glycogen: an insoluble carb that can be synthesized from glucose or
converted to it; used to store nutrients
→ when glucose enters bloodstream after a meal, some is used for fuel, some is converted to
glycogen
2)long-term reservoir; stores fats; adipose tissue found beneath skin and in the abdomen
→ adipose consists of cells capable of absorbing nutrients from the blood, converting them to
triglycerides and storing them
→ fat cells expand in order to store triglycerides
→ keep us alive during prolonged fasting
- Once level of glycogen is depleted, fat cells release fatty acids and a carb called glycerol
→ brain cells metabolize glucose exclusively, but other parts of the body can metabolize fatty acids
→ glycerol is converted to glucose
- Mayer proposed the glucostatic hypothesis of hunger
→ the hypothesis that hunger is caused by a low level or availability of glucose, a condition that is
monitored by specialized sensory neurons
→ decrease in blood sugar is detected by receptors on glucose-sensitive neurons in the brain, called
glucostats
→ glucostats activate neural circuits that make a person hungry and stim the correctional mech of
eating
→ hypothesis too simple
- An empty stomach causes a hormone, ghrelin, to be secreted
→ stimulator of eating
→ liver also contains two diff types of nutrient receptors, one that detects the level of glucose and
another that detects the level of fatty acids
→ both activate pathways that project to the brain; then they activate neural circuits that initiate
eating
- If certain receptors to the brain are cut, eating fails to occur
- Brain also has receptors detecting levels of glucose and blocking these receptors induces eating
Unlock document