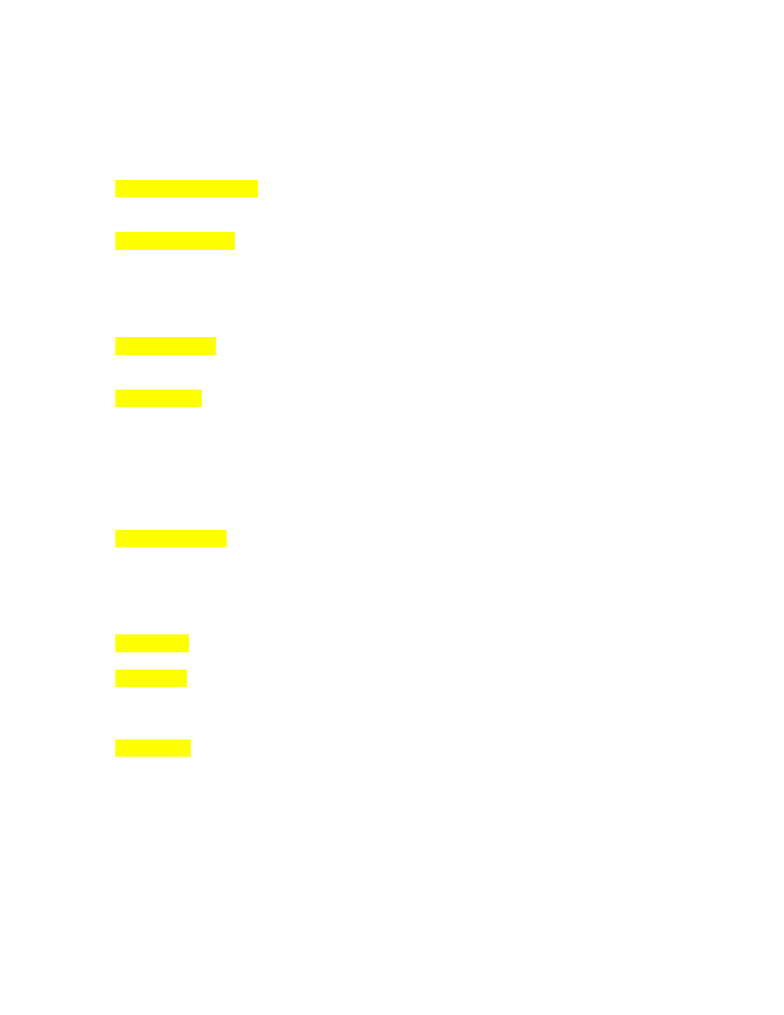 Chapter 12
Developmental psychologists study both the similarities and the differences among
people as they develop and change
Cross-Sectional Study: A study of development in which individuals of different ages are
compared at the same time
Longitudinal Study: A study of development in which observations of the same
individuals are compared at different times of their lives
The union of the ovum(egg) and sperm, conception, is the starting point for prenatal
development
Prenatal Period: The nine months between conception and birth. This period is divided
into three developmental stages; the zygotic, the embryonic, and the fetal
Zygote Stage: The first stage of prenatal development, during which the zygote divides
many times and the internal organs begin to form
BY the end of the first week, the zygote consists of about a hundred cells and they are
arranged in two layers, one for the skin, hair, nervous system, and sensory organs and
other for the digestive and respiratory systems and glands. Near the end, a third layer of
cells appears that develop into muscles and the circulatory and excretory systems.
The zygote is transformed into an embryo
Embryonic Stage: The second stage of prenatal development, beginning at about two
weeks and ending about eight weeks after conception, during which the heart begins to
beat, the brain starts to function, and most of the major body structures begin to form.
By the end of this stage, the major features that define the human body-arms, hands,
fingers, legs, toes, shoulders, head and eyes are discernible.
Teratogens: Substances, agents, and events that can cause birth defects
Androgens: The primary class of sex hormones in males. The most important androgen
is testosterone
Androgens bring about the development of the male internal sex organs
Fetal Stage: The third and final stage of prenatal development, which lasts for about
seven months, beginning with the appearance of bone tissue and ending with birth
Fetal movements also become strong enough to be felt by the mother, and the heartbeat
is oud enough to be heard through a stethoscope.
Fetal Alcohol Syndrome (FAS): Even if children with FAS are reared in healthy
environments with regular, nutritious meals, their physical and intellectual development
still falls short of that of normal children
www.notesolution.com
Unlock document 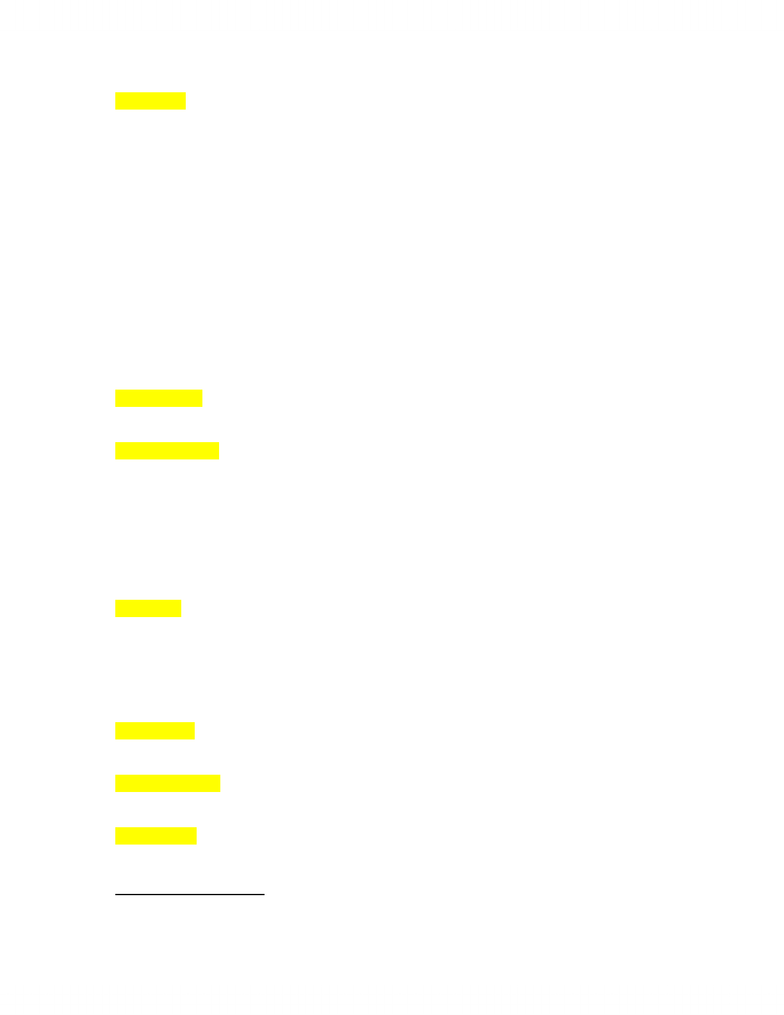 Maturation: Any relatively stable change in thought, behaviour, or physical growth that is
due to the aging process and not to experience
At birth, infant’s most important movements are reflexes (rooting, sucking, swallowing)-
automatic movements in response to specific stimuli.
Newborn’s auditory system can detect sounds, sense of touch, sense of balance, sense
of taste are there. Infants have an early-developing ability to distinguish odour (infants at
2 weeks can distinguish their own mothers from others lactating women by breast odour)
Infants very early on recognize and prefer their mother’s voice
Researchers study the visual perceptual abilities of infants by observing their eye
movements with an eye-tracking device while showing them visual stimuli. At the age of
1or2 months, babies do not perceive complete shapes but by 3 months, babies show
clear signs of pattern recognition. By 4 or 5 months they can discriminate between even
very similar faces
Critical Period: A specific time in development during which certain experiences must
occur for normal development to occur
Sensitive period: A period of time during which certain experiences have more an effect
on development than they would have if they occurred at another time
Acquisition of a second language seems to be such a case. A person can learn a
second language throughout life but a second language is learned more easily in
childhood than later
Cognitive development is the process by which infants get to know things about
themselves and their world.
Operation: In Piaget’s theory; a logical or mathematical rule that transforms an object or
concept into something else (an operation is that it is invertible-can be reversed)
Eg. 2 times 6 = 12 & “Rhonda is my sister” transform your conception of Rhonda into
another conception, that of the speaker’s sister.
“Grasping Schema” is incorporated with the behaviour of picking up an object
Assimilation: The process by which new information about the world is incorporated into
existing schemata
Accommodation: The process by which existing schemata are modified or changed by
new experiences
Equilibration: the individual’s schemas are radically reorganized.
(Piaget) There are 4 cognitive development periods in a child’s life:
(1)Sensorimotor Period: (birth – 2years) It is marked by an orderly progression of
increasingly complex cognitive development ranging from reflexes to symbolic thinking
www.notesolution.com
Unlock document 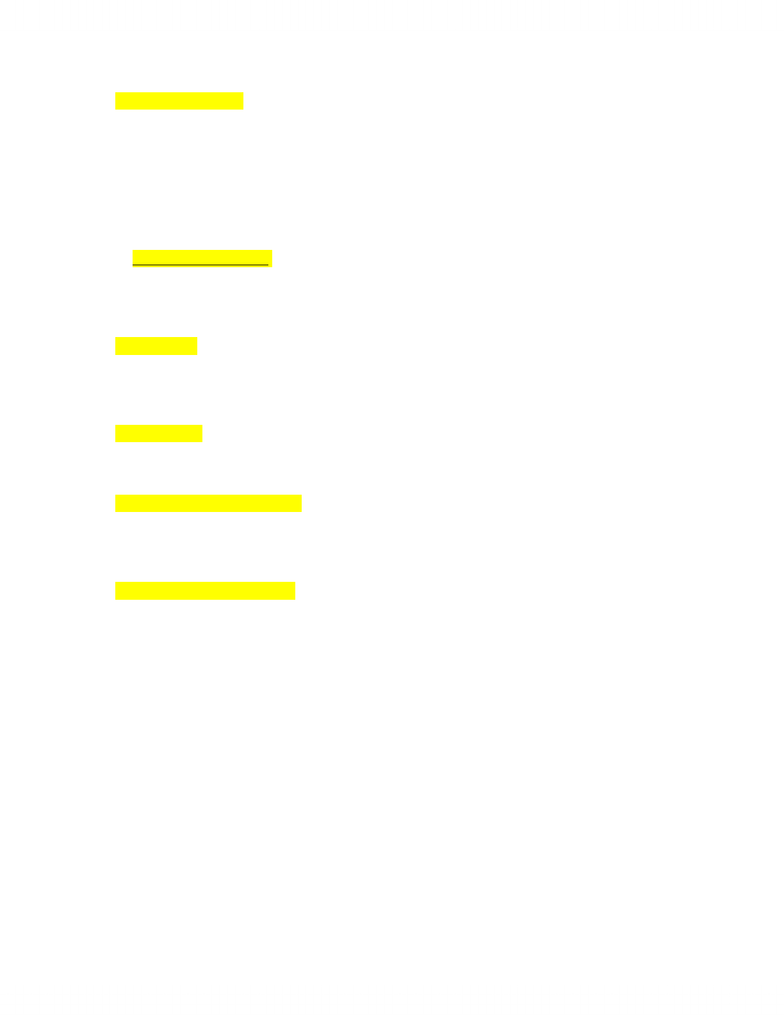 Object Permanence: The idea that objects do not disappear when they are out of sight
Until about 6months of age, children appear to lose all interest in objects that disappear
from sight. During the last half of the first year, infants develop more complex concepts
concerning the nature of physical objects. They grasp objects, turn them over and
investigate their properties
By early in the second year, awareness of object permanence is well enough developed
that infants will search for an object in the last place they saw it hidden. (last saw ball in
hand, only looks in hand)
(2)Preoperational Period: (2-6/7 years old) Involves the ability to think logically as well as
symbolically. This period is characterized by rapid development of language ability and of
the ability to represent things symbolically. During the preoperational period, schemas
are reorganized around words
Egocentrism: Self-centredness, preoperational children can see the world only from their
own perspective. A child’s belief that others see the world in precisely the way he or she
does.
(you cant see me, I cant see you)
Conservation: Understanding that specific properties of objects (height, weight, volume,
length) remain the same despite apparent changes in the shape or arrangement of those
objects
Period of Concrete Operation: Age 7-11 and involves children’s developing
understanding of the conservation principle and other concepts such as categorization.
It’s the transition of childhood to adolescence… understanding of more complex cause
and effect relations
Period of Formal Operations: Begins at about age 11, children first become capable of
abstract reasoning. They also begin to understand that under diff conditions, their
behaviour can have diff consequences
One criticism leveled at Piaget is that he did not always define his terms operationally.
Much of his work was not experimental which means that cause-and-effect relations
among variables cannot be identified with certainty
Piaget also appears to have underestimated the ability of young children to understand
another person’s point of view
Lev Vygotsky is an important contributor to our understanding of cognitive development.
He argued that the cultural context (what they hear others say about the world and how
they see others interact with physical aspects of the world) matters
According to Vygotsky, language is the basis for cognitive development, including the
ability to remember, solve problems, make decisions and formulate plans.
Inner speech represents the internalization of words and the mental manipulation of
them as symbols for objects in the environment
www.notesolution.com
Unlock document