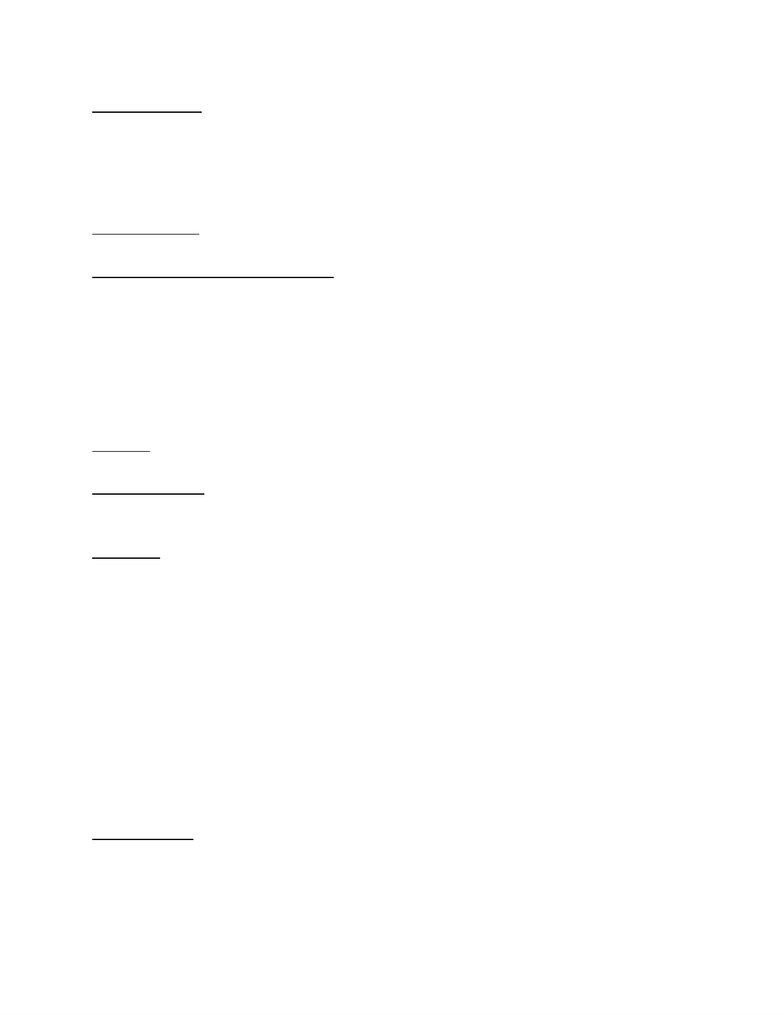 CHAPTER 10 (omit pages 305-308)
Language – flexible systems that use symbols to express many meanings
•Most species can communicate with each other but this doesn’t mean they have language
•Conclusion from studies of primates is that true verbal ability is a social behaviour
•Language is a social behaviour for humans
Psycholinguistics – a branch of psychology devoted to the study of verbal behaviour
SPEECH AND COMPREHENSION
•Speech does not come to us as a series of individual words; we must extract the words
from a stream of speech
Recognition of Speech Sounds
•The auditory system recognizes the patterns underlying speech rather than just the sounds
themselves
•The analysis of speech usually begins with its elements or phonemes
Phoneme – the minimum unit of sound that conveys meaning in a particular language, such as /p/
-(e.g.) the word pin consists of 3 phonemes: /p/ + /i/ + /n/
Voice-Onset Time – the delay between the initial sound of a consonant (such as the puffing
sound of the phoneme /p/) and the onset of vibration of the vocal cords
•Phonemes are combined to form morphemes
Morpheme – the smallest unit of meaning in language
-(e.g.) the word fastest contains 2 morphemes, /fast/, which is a free morpheme,
because it can stand on its own and still have meaning, and /ist/, which is a
bound morpheme
-Bound morphemes can’t stand on their own and must be attached to other
morphemes to provide meaning
Recognition of Words in Continuous Speech: The Importance of Learning and Context
•We are able to recognize the sounds because of the context
Syntax
•If we want a listener to understand our speech, we must follow the “rules” of language
•All languages have a syntax, or grammar
Syntactical Rule – a grammatical rule of a particular language for combining words to form
phrases, clauses, and sentences
•Implicit memories cannot be described verbally, whereas explicit memories can
•Syntactical rules are learned implicitly
www.notesolution.com
Unlock document 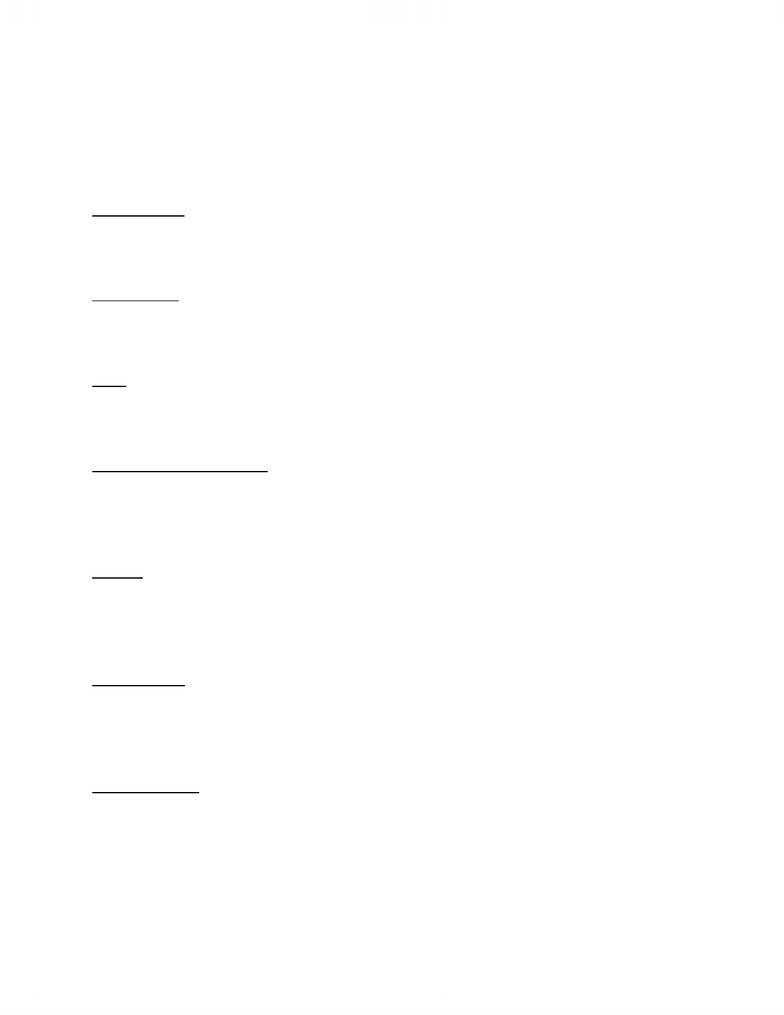 •Syntactical cues are signalled by word order, function and content words, affixes, word
meanings, and prosody
•Word class refers to the grammatical categories (such as noun, pronoun, verb, adjective)
that we learn about in school
•Words can be classified as function words or content words
Function Word – a preposition, article, or other word that conveys little of the meaning of a
sentence but is important in specifying its grammatical structure
-Include determiners, quantifiers, prepositions, and words in similar categories:
a, the, to, some, and, but, when, etc.
Content Word – a noun, verb, adjective, or adverb that conveys meaning
-(e.g.) apple, rug, went, caught, heavy, mysterious, thoroughly, sadly
•Content words express meaning; function words express the relations between content
words and are very important syntactical cues
Affix – a sound or group of letters that is added to the beginning of a word (prefix) or to its end
(suffix) to alter their grammatical function
-(e.g.) we add the suffix -ed to the end of a regular verb to indicate the past
tense
Semantics (Word Meanings) – the meanings and the study of the meanings represented by words
-(e.g.) Frank discovered a louse combing his beard. Who’s doing the combing?
According to the rules of formal grammar, the louse is doing the combing. But
our knowledge of the world and of the usual meanings of words tells us that
Frank was doing the combing, because people, not lice, have beards and combs
Prosody – the use of changes in intonation and emphasis to convey meaning in speech besides
that specified by the particular words; an important means of communication of emotion
-Refers to the use of stress, rhythm, and changes in pitch that accompany speech
Relation between Semantics and Syntax
Deep Structure – the essential meaning of a sentence, without regard to the grammatical features
(surface structure) of the sentence that are needed to express it in words
-Represents the kernel of what the person intended to say
•In order to say the sentence, the brain must transform the deep structure into the
appropriate surface structure
Surface Structure – the grammatical features of a sentence; the particular form the sentence takes
Knowledge of the World
•Comprehension of speech involves knowledge about the world and about particular
situations that we may encounter, and that this knowledge is organized into scripts
www.notesolution.com
Unlock document 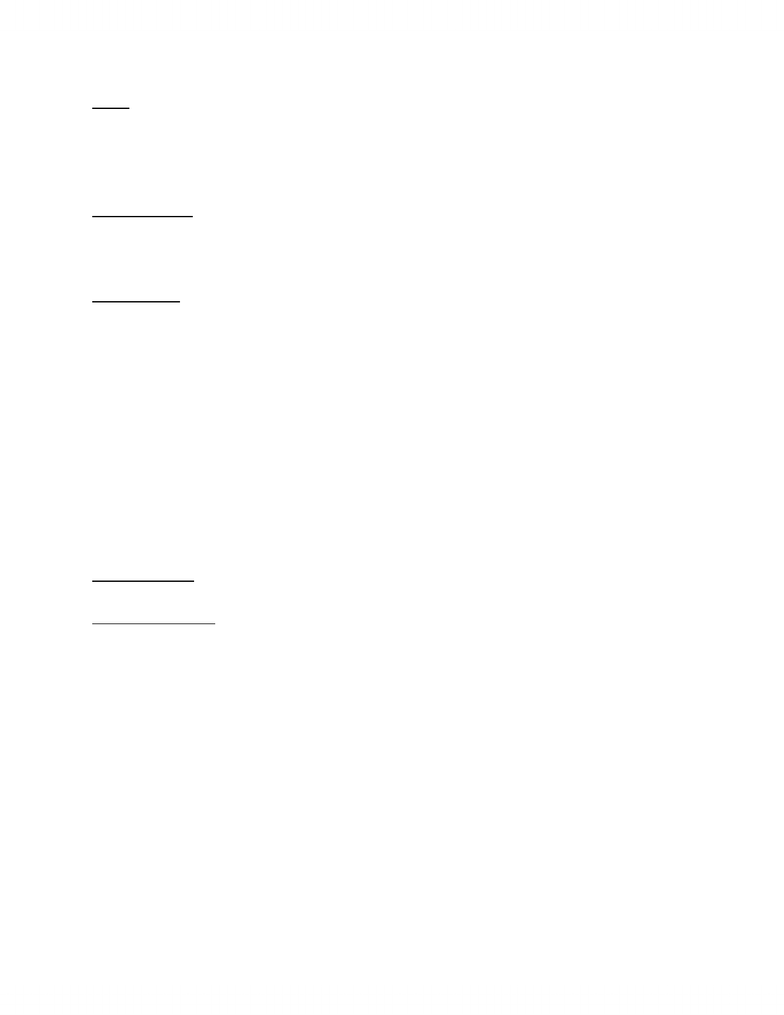 Script – the characteristics (events, rules, and so on) that are typical of a particular situation;
assists the comprehension of verbal discourse
Speech Production: Evidence from Broca’s Aphasia
Broca’s Aphasia – severe difficulty in articulating words, especially function words, caused by
damage that includes Broca’s area, a region of the frontal cortex on the left (speech-dominant)
side of the brain
•Damage to Broca’s area often produces agrammatism
Agrammatism – a language disturbance; difficulty in the production and comprehension of
grammatical features, such as proper use of function words, word endings, and word order. Often
seen in cases of Broca’s aphasia
-Loss of the ability to produce or comprehend speech that employs complex
syntactical rules
•Broca’s aphasia is a disorder in speech production
Speech Comprehension: Evidence from Wernicke’s Aphasia
•Comprehension of speech begins in the auditory system, which is needed to analyze
sequences of sounds and to recognize them as words
•Recognizing a spoken word (which is the first step in comprehension) relies on memories
of sequences of sounds and this task is accomplished by neural circuits in the upper part
of the left temporal lobe (Wernicke’s area)
Wernicke’s Area – a region of the auditory association cortex located in the upper part of the left
temporal lobe; involved in the recognition of spoken words
Wernicke’s Aphasia – a disorder caused by damage to the left temporal and parietal cortex,
including Wernicke’s area; characterized by deficits in the perception of speech and by the
production of fluent but rather meaningless speech
-Symptoms are poor speech comprehension and production of meaningless
speech
-Unlike Broca’s aphasia, the speech associated with Wernicke’s aphasia is fluent
and unlaboured; the person does not strain to articulate words and does not
appear to be searching for them
-Speech of a person with Wernicke’s aphasia appears to be grammatical (uses
words such as the and but) but the person uses few content words when
stringed together, doesn’t make sense
•Because Wernicke’s are is a region of the auditory association cortex and because a
comprehension deficit is so prominent in Wernicke’s aphasia, this disorder has been
characterized as a receptive aphasia
www.notesolution.com
Unlock document