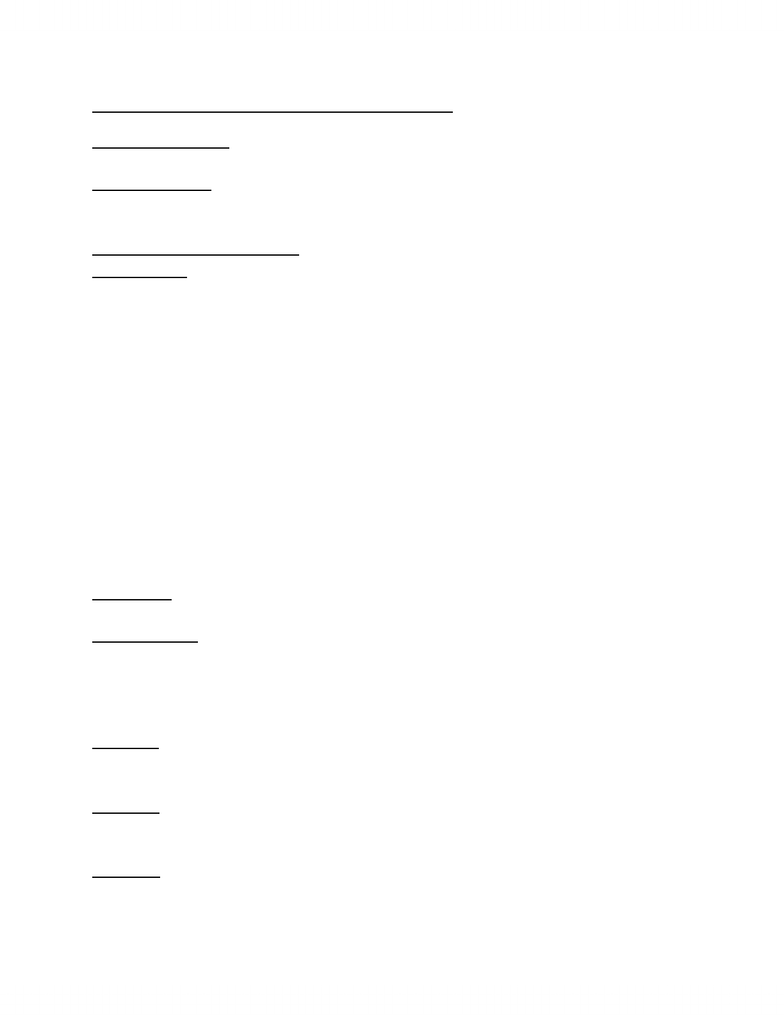 CHAPTER 12 – LIFESPAN DEVELOPMENT
Cross-Sectional Study – a study of development in which individuals of different ages are
compared at the same time
Longitudinal Study – a study of development in which observations of the same individuals are
compared at different times of their lives
PRENATAL DEVELOPMENT
Prenatal Period – the nine months between conception and birth. This period is divided into three
developmental stages: the zygotic, the embryonic, and the fetal
-Length of a normal pregnancy is 266 days or 38 weeks
There’s the genetic contribution from egg and sperm that determines the genotype of the new
individual
•X chromosome inactivation is one factor that directs the mechanisms of replication cells
during the prenatal period so that cells that are genetically identical will develop along
different paths
•One of the 2 X chromosomes that women bear is “silenced” early in development, such
that most of its genes don’t synthesize the proteins they normally would
•X chromosome inactivation is one example of an epigenetic modification, a modification
of cell inheritance that is not due to alterations of the DNA sequence itself
Stages of Prenatal Development
•Union of ovum (egg) and sperm, conception, is starting point for prenatal development
Zygote Stage – the first stage of prenatal development, during which the zygote divides many
times and the internal organs begin to form; lasts about 2 weeks
Embryonic Stage – the second stage of prenatal development, beginning at about 2 weeks and
ending about 8 weeks after conception, during which the heart begins to beat, the brain starts to
function, and most of the major body structures begin to form; development occurs at rapid pace
-Behaviourally, the embryo can react reflexively to stimulation and is most
susceptible to external chimerical influences (e.g. alcohol, drugs, toxins)
Teratogens – substances, agents, and events that can cause birth defects
•Twenty-third chromosome pair determines the sex of the embryo
•Embryo develops a pair of gonads that will become either ovaries or testes
Androgens – the primary class of sex hormones in males. The most important androgen is
testosterone
•Development of female sex organs occurs naturally; not stimulated by hormone
Fetal Stage – the third and final stage of prenatal development, which lasts for about seven
months, beginning with the appearance of bone tissue and ending with birth
www.notesolution.com 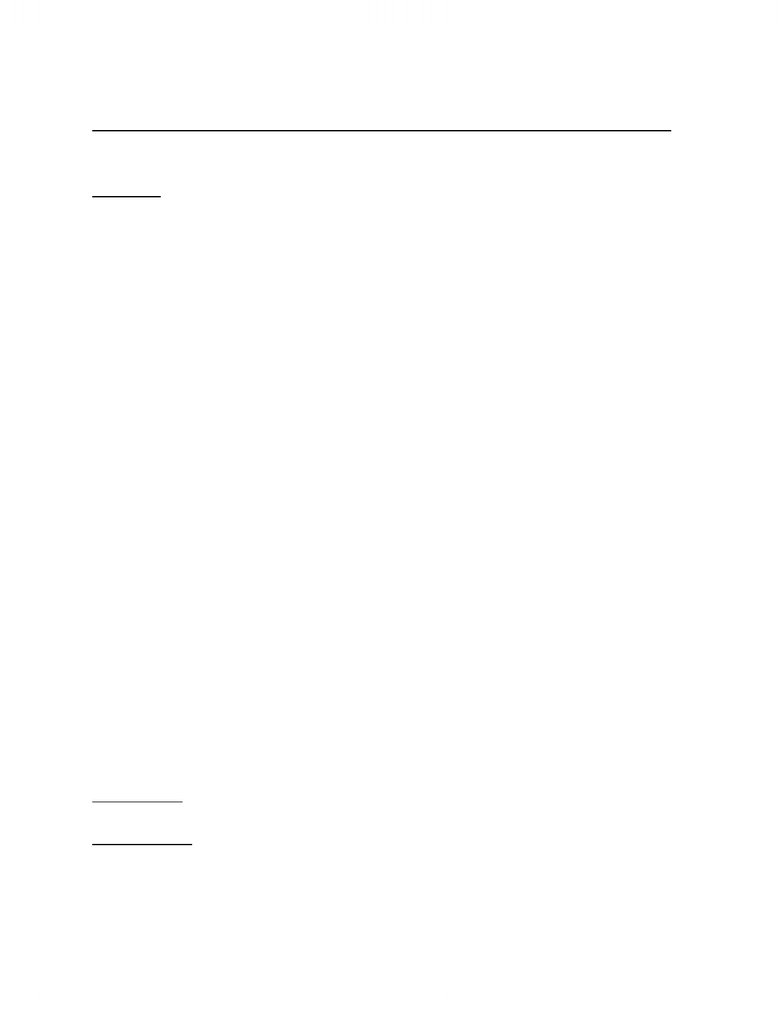 PHYSICAL AND PERCEPTUAL DEVELOPMENT IN INFANCY AND CHILDHOOD
Motor Development
Maturation – any relatively stable change in thought, behaviour, or physical growth that is due to
the aging process and not to experience
•At birth, infant’s most important movements are reflexes – automatic response to stimuli
•Development of motor skills requires 2 ingredients: maturation of child’s nervous system
and practice
Perceptual Development
•Fetal experience with sensory stimuli can prepare the way for the newborn’s experience
•At the time of birth, a child’s senses are already functioning; auditory system, sense of
touch, sense of balance, sense of taste
Form Perception
•Researchers study the visual perceptual abilities of infants by observing their eye
movements with an eye-tracking device while showing them visual stimuli
•Salapatek reported that a 1 month-old infant tends not to look at the inside of a figure,
instead, gaze is “trapped” by the edges; by age of 2 months, baby scans across the border
to investigate the interior of a figure
Distance Perception
•Retinal disparity is a type of cue in the environment that contributes to depth perception
-Under normal circumstances points on objects that are different distances
from the viewer fall on slightly different points of the two retinas
-Perception of depth occurs when the two images are fused through visual
process; this form of depth perception, stereopsis (“solid vision”), will not
develop unless animals have experience viewing objects with both eyes during
a period early in life
Critical and Sensitive Periods in Perceptual Development
Critical Period – a specific time in development during which certain experiences must occur for
normal development to occur
Sensitive Period – a period of time during which certain experiences have more of an effect on
development than they would have if they occurred at another time
Interim Summary – Physical and Perceptual Development in Infancy and Childhood
www.notesolution.com 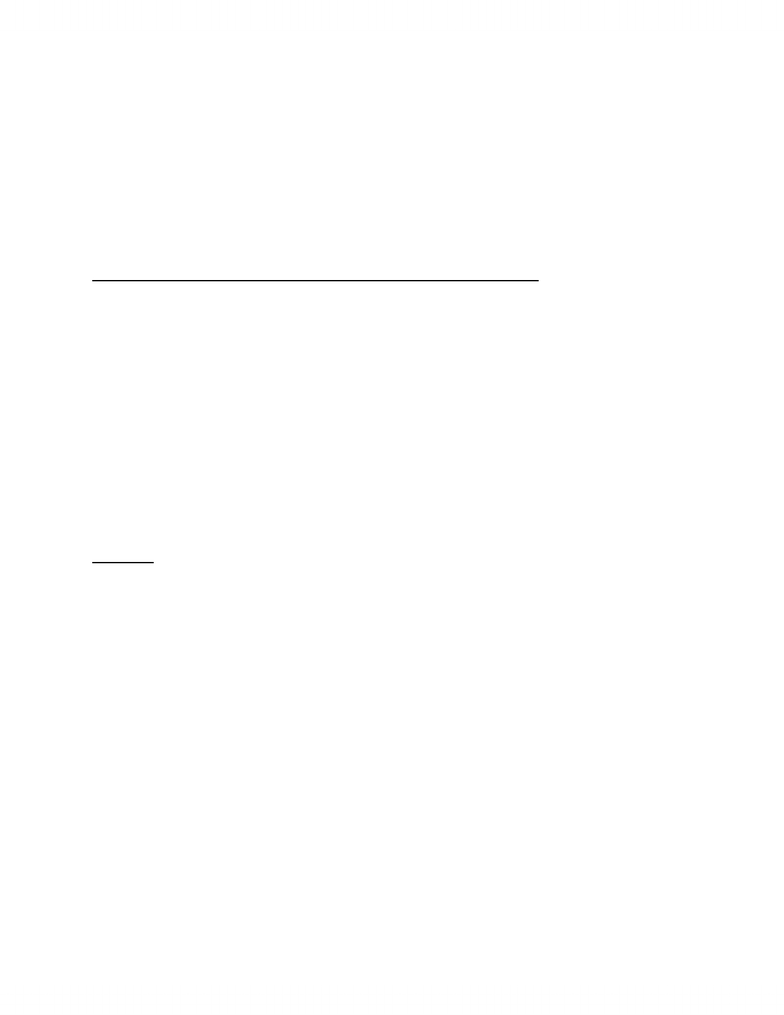 •Newborn infant’s first movements are reflexes that are crucial to its survival; movements,
such as crawling and standing, develop and are refined through natural maturation and
practice
•Normal development of the senses, like that of motor abilities, depends on experience
•Genetically, an infant has potential to develop motor and sensory abilities that coincide
with the maturation of its nervous system, however, the infant’s environment must supply
the opportunity to test and practise these skills
COGNITIVE DEVELOPMENT IN INFANCY AND CHILDHOOD
The Importance of a Responsive Environment
•Cognitive development is the process by which infants get to know things about
themselves and their world
•The type of setting that’s most effective in promoting cognitive development is an
environment in which the infant’s behaviour has tangible effects
•Being able to extend oneself and affect objects and other people are important aspects of
personal and social functioning
The Work of Jean Piaget
•Jean Piaget was a Swiss researcher who viewed cognitive development as a maturational
process
Operation – in Piaget’s theory, a logical or mathematical rule that transforms an object or concept
into something else
-In the field of both logic and mathematics, an operation is a transformation of
an object or thing
-(e.g.) multiplication by 2 transforms 6 into 12; hearing someone say “Rhonda
is my sister” transforms your conception of “Rhonda” into another
conception, that of the speaker’s sister
•For Piaget, an important aspect of cognitive development is whether a child possesses the
ability to use operations of different types
•A mental framework that organizes and synthesizes information about a person, place, or
thing is known as a schema
•Piaget proposed that schemata are first defined in terms of objects and actions but that
later they become the basis of the concrete and abstract concepts that constitute adult
knowledge
-(e.g.) baby girl is said to have a “grasping schema” when she’s able to grasp a
rattle in her hand. Later she can incorporate the “grasping schema” with
others to accomplish behaviour of picking up an object, “picking up schema”
www.notesolution.com