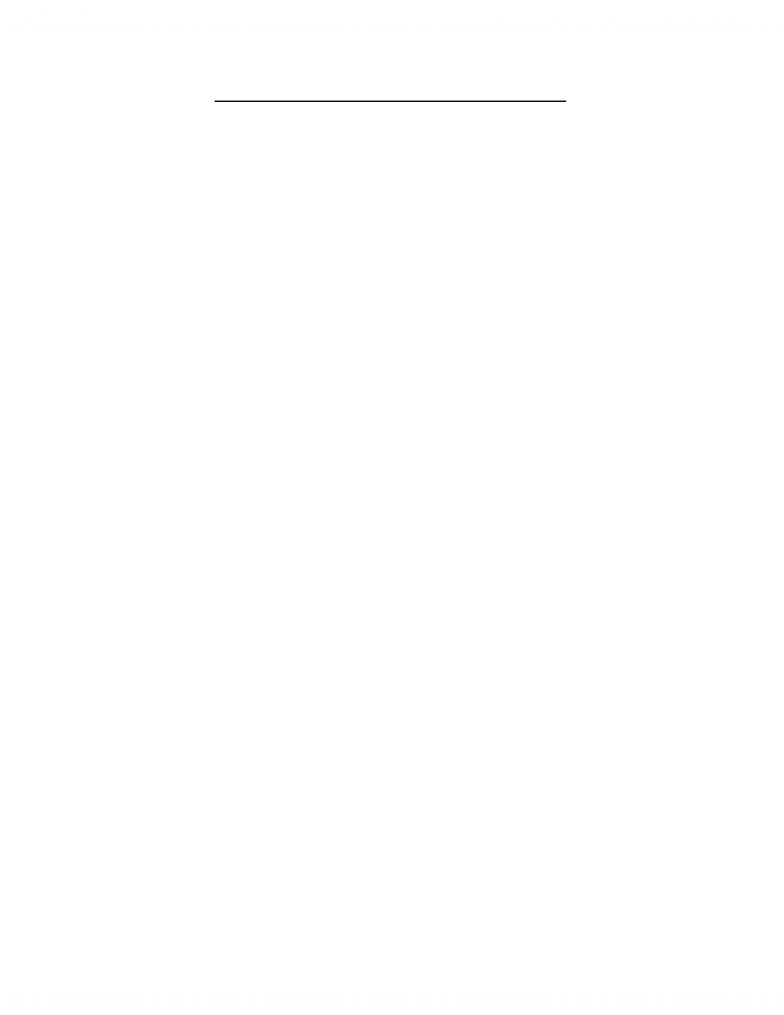 Chapter 12 Notes – Lifespan Development
x
During the prenatal period, the fertilized ovum develops into a fetus, a human in miniature
o
The crucial factors in the fetus’s development are the mother’s diet and physical health; the
presence of toxins in the prenatal environment can cause the fetus to be born with physical and
cognitive defects
x
Timing and experience are two key elements in normal motor and perceptual development. For normal
development to occur, a child must encounter stimulation from the environment during a specific time
interval
o
If stimulation does not occur during this period, normal development is impeded, perhaps
permanently
x
In Piaget’s view, a child passes through 4 distinct intellectual changes, which coincide with changes in a
child’s nervous system and with a child’s experience, on his or her way to becoming an adult
x
According to Vygotsky, a child’s cognitive development is strongly influenced by sociocultural variables,
especially language
o
Information processing models in cognitive development centre on how brain maturation
influences the development of cognitive processes
o
The violation-of-expectation procedure has helped us understand early cognition
x
Attachment is the social and emotional bond that develops between an infant and caregiver during
infancy. The quality of attachment depends largely on the nature of infants’ relationships with their
caregivers
o
Social development during childhood is influenced by the parent’s style of child rearing
x
Evolution appears to have shaped differences in brain development for males and females:
o
Males tend to have better spatial abilities and females tend to have better communication skills
o
Socialization processes, such as parenting are involved in shaping gender-appropriate behaviour.
However, most gender differences in behaviour are small
x
Piaget concluded that people pass through two stages of moral development
o
The first is marked by egocentrism and adherence to rules
o
The second is marked by empathy
x
Kohlberg argued that moral development ascends through 3 levels:
o
Externally defining morality, considering how the social system relates to morality, and
understanding the principles on which moral rules are based
x
Adolescence begins with sexual maturation, which brings with it marked changes in social behaviour and
the ability to reason
o
Females tend to build relationships based on trust, while males tend to seek social support in
becoming more independent
o
A key aspect of adolescent social development involves forming an identity
x
Our physical abilities peak in early adulthood and decline gradually thereafter, although adopting a
healthy lifestyle can retard loss of these abilities
o
Compared to young adults, older adults perform worse on tests of abstract reasoning but better
on tests related to general knowledge and abilities to relate to experience
x
Success in love, family, and work is the yardstick by which most people measure their satisfaction in life
x
We recognize now that development does not stop at the end of childhood; growing older is a matter not
only of aging, but also the changing – personally, intellectually, and socially
o
Developmental psychologists study both the similarities and differences among people as they
develop and change
o
Since they study change, developmental psychologists employ special strategies of research

Cross-Sectional Study
–a study of development in which individuals of different ages are
compared at the same time
www.notesolution.com
Unlock document 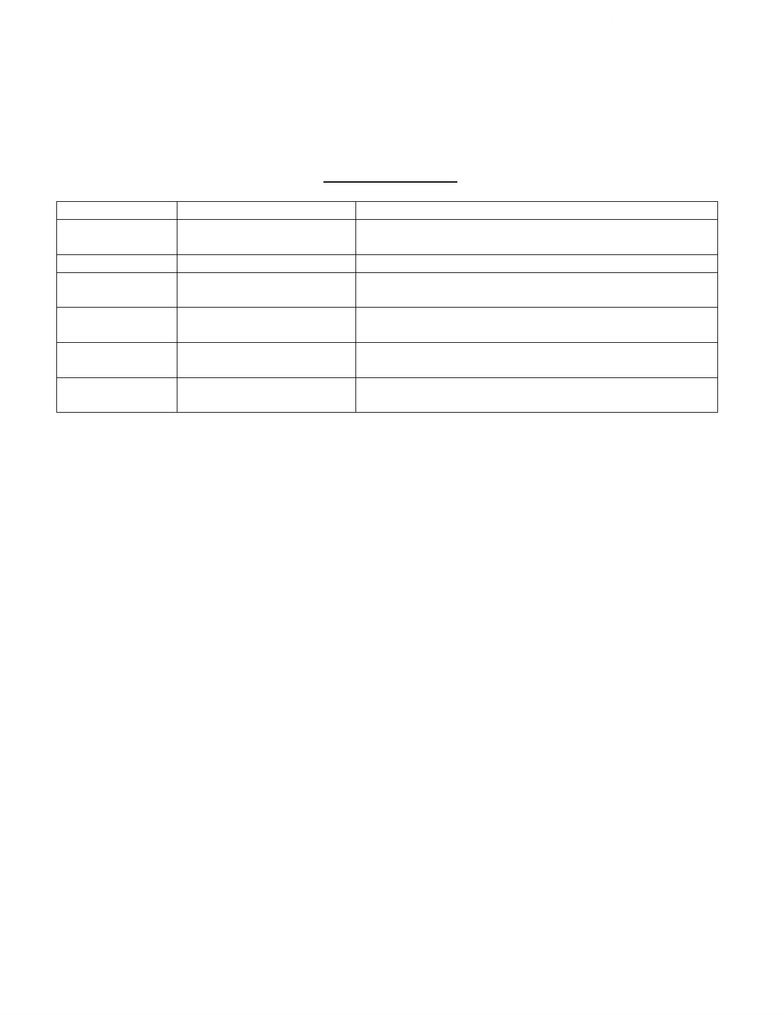 
Longitudinal Study
–a study of development in which observations of the same
individuals are compared at different times of their lives
o
Cross-sectional studies are usually more convenient to carry out, and avoid the problems
associated with repeatedly testing or observing the same individual
o
However they do contain a subtle problem in interpretation
Phases Of The Lifespan
Phase
Approximate Age
Highlights
1.
Prenatal
Conception through birth
Rapid physical development of both nervous system and
body
2.
Infancy
Birth to 2 years
Motor development; attachment to primary caregiver
3.
Childhood
18 months to 12 years
Increasing ability
to think logically and reason abstractly;
refinement of motor skills; peer influences
4.
Adolescence
13 years to about 20 years
Thinking and reasoning becomes more adult
-
like; identity
crisis; continued peer influences
5.
Adulthood
20 years to 65 years
Love,
committed relationship; career; stability and then
decrease in physical abilities
6.
Old age
65 years and older to death
Reflection on life’s work and accomplishments; physical
health deteriorates; prepare for death; death
x
Prenatal Period
–the nine months between conception and birth. This period is divided into three
developmental stages:
o
The zygotic, the embryonic, and the fetal
o
During the prenatal period, development depends on two factors:

The genetic contribution from egg and sperm that determines the genotype of the new
individual; a child develops from this single source of genetic “instructions”

Some factor must direct the mechanisms of replication during the prenatal period so that
cells are genetically identical will develop along different paths
x
X chromosome inactivation is one example of this factor at work; one of two X chromosomes that women
bear is “silenced” early in development, such that most of the genes do not synthesize the proteins they
normally would
o
Inactivation of one X chromosome is important because it limits the total amount of proteins
produced by genes located on the X chromosome

Without this limit, the metabolism of a developing female would be very different from a
developing male (who only has one X chromosome)
o
The silenced chromosome is passed along to descendent cells ,but it remains silenced
x
X chromosome inactivation is one example of an epigenetic modification
o
Epigenetic Modification
–a modification of cell inheritance that is not due to alternations of the
DNA sequence itself
x
Epigenetic modifications form a second factor of early development, and illustrate the important point
that the cell’s chemical environment moderates the expression of its genetic code
o
While the genetic information contained within the individual remains the same throughout
development, the reproducing cells become specialized as blood cells, neurons, and muscle cells
x
Zygote Stage
–the first stage of prenatal development, during which the zygote divides many times and
the internal organs begin to form
o
This stage lasts for roughly two weeks, and by the end of the first week, the zygote consists of
about a hundred cells, with many of the cells arranging in two layers; one for skin, hair, nervous
system and sensory organs, and the other for digestive and respiratory systems and glands
www.notesolution.com
Unlock document

o
Near the end of this stage, a third layer of cells appears that will eventually develop into muscles
and the circulatory of excretory systems
x
Embryonic Stage
–the second stage of prenatal development, beginning at about two weeks and ending
about eight weeks after conception, during which the heart begins to beat, the brain starts to function,
and most of the major body structures begin to form
o
The zygote is transformed into an embryo, and development occurs at an incredibly rapid pace
o
By a month after conception, a heart has begun to beat, a brain and spinal cord have started to
function, and most of the major body structures are beginning to form
o
At the end of this stage, the major features that define the human body –arms, hands, Fingers,
etc. – are discernable
o
Behaviourally, the embryo can react reflexively to stimulation

E.g. if the mouth is stimulated, the embryo moves its upper body and neck
o
Since so many changes depend on a delicate chemical balance, the embryo at this stage is most
susceptible to external chemical influences, including alcohol and other drugs, or toxins produced
by diseases such as rubella

These substances are teratogens
x
Teratogens
–substances, agents, and events that can cause birth defects
o
The beginning of sexual development occurs during the embryonic stage

The twenty-third chromosome pair determines the sex of the embryo

The female partner contributes an X chromosome whereas the male partner contributes
either an X or a Y chromosome
x
If the male contributes a Y, the embryo will be a male (XY), and if it’s an X, then it
will be female (XX)
o
The embryo develops a pair of gonads that will become either ovaries or testes

If a Y chromosome is present, it will cause the production of a chemical signal that makes
the gonads develop into testes, otherwise they become ovaries
o
The presence or absence of testes determines the development of other sex organs

If the testes are present, they secret a class of sex hormones known as androgens
x
Androgens
–the primary class of sex hormones in males. The most important
androgen is testosterone
o
The development of female sex organs occurs naturally; it does not need to be stimulated by a
hormone
x
Fetal Stage
–the third and final stage of prenatal development, which lasts for about seven months,
beginning with the appearance of bone tissue and ending with birth
o
By the end of the third month, the development of major organs is completed and the bones and
muscles are beginning to develop; the fetus may show some movement, especially kicking
o
By the end of the fourth month, the fetus is now sleeping and waking regularly; the movements
also become strong enough to be felt by the mother, and the heartbeat is loud enough to be
heard through a stethoscope
o
The seventh month is a critical month because if the fetus is born prematurely at this point, it has
a fair chance of surviving; however would almost certainly require help breathing

However fetuses mature at different rates, and some seven-month-old fetuses may be
mature enough to survive premature birth while others may not
o
At the end of this period, the fetus is ready to be born
x
Probably the single most important factor in the fetus’s development is the mother’s diet; the food she
eats is the fetus’s only source of nutrition
o
If the mother is extremely malnourished, the fetus’s nervous system develops abnormally, and
intellectual deficits may result
x
Teratogens can also cause birth defects
www.notesolution.com
Unlock document